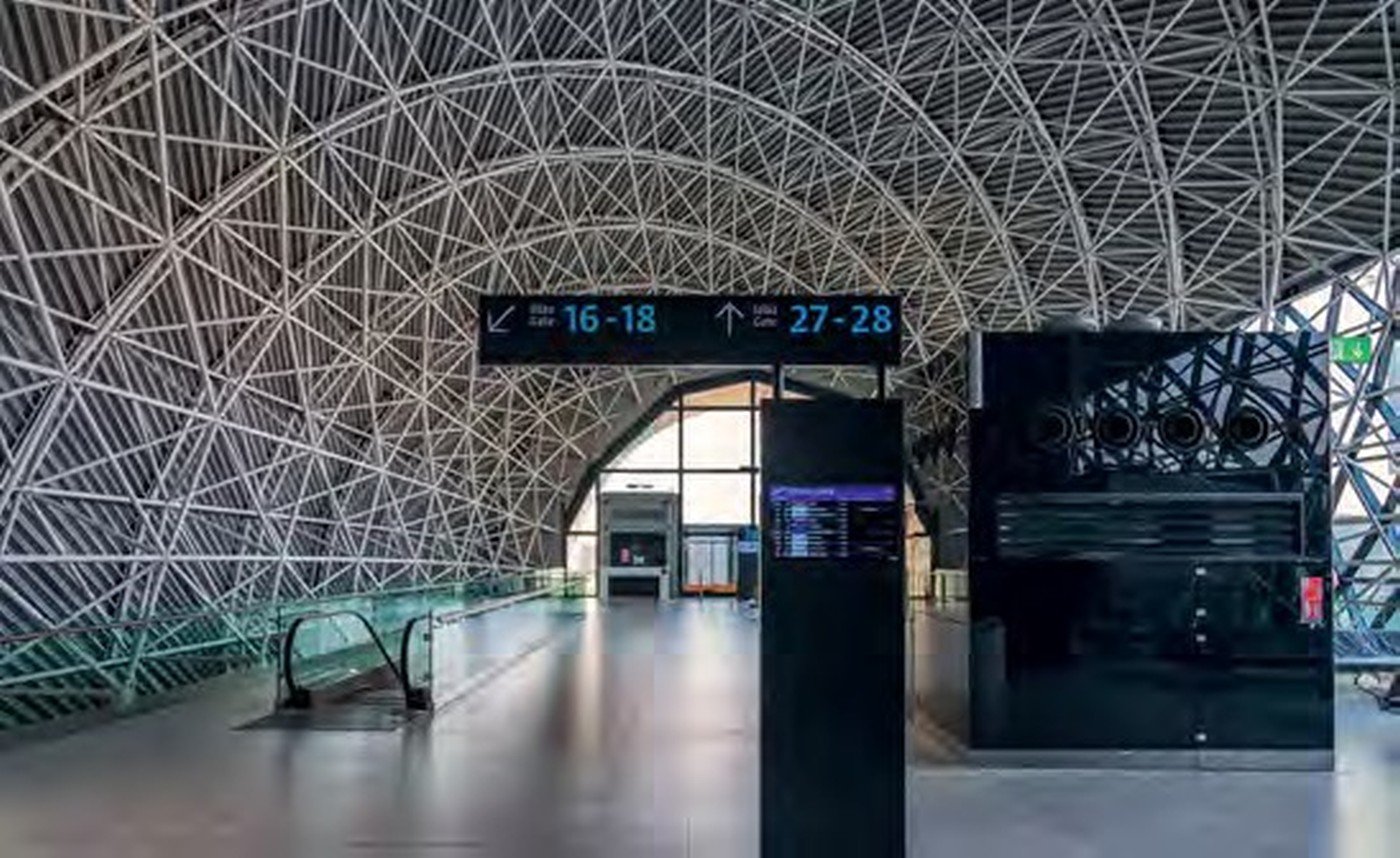 The pier has 12 airbridge-served gates. A further three remote aircraft parking stands are served by buses.

THE NEW terminal at Zagreb Airport Franjo Tu man opened on March 29, replacing an older facility that had become too small for the volume of traffic currently flying through the Croatian capital.

It has been almost eight years since the project was initiated, and three years in construction. In 2009 a competition to design a new building was won by local firms Institut IGH and Neidhardt arhitekti, after which on April 12, 2012 the Government of Croatia awarded Zagreb Airport International Company – a consortium of MZLZ (Me unarodna zra na luka Zagreb) and Aéroports de Paris – a 30-year concession to finance, build and manage the airport. Work began on December 18, 2013 and was completed this year, ahead of trials and the official opening.