Does anyone know precisely where G-AEOT crashed?

A.J.Jackson (British Civil Aircraft 1919 - 1972, Volume II) simply states that it was "near Gatwick". However the AIB report into the crash apparently gives the location as "Round Hill, Telgate Forest, 4 miles south of Gatwick Airport".

Taking a line 4 miles south from the Beehive brings one into Tilgate Forest (just south of the M23). But having checked the 1930s O.S. maps, no feature appears thereupon, in Tilgate Forest, described as 'Round Hill'. However SSE of the old Gatwick Airport is a district of Crawley called Pound Hill. Although originally a mere hamlet, by the 1930s residential development had commenced there (preceding that of the Crawley New Town). However it's only two miles from the Beehive and if one contines the line 4 miles SSE, it brings one into Worth Forest (to an area in the region of Worth Abbey).

So did the Fokker crash at Pound Hill? If so, not only has the place name been mistranscribed but the AIB has incorrectly stated the compass direction and the distance from Gatwick Airport. But maybe the Fokker crashed in Tilgate Forest, so that the compass direction and distance were right and the only error was to slightly mistranscribe the place name. If so, what about 'Round Hill'? It could have been that it was simply an appropriate topographical description of the feature of the landscape where the crash took place. But no round hills, 4 miles (or thereabouts) south (or thereabouts) of the old Gatwick Airport appear on either the O.S. map of today or the 1930s.

Boring and irrelevant to many? Yes. A mystery? Yes. So are there any takers who like solving mysteries and are not yet bored by this one? I hope so! And whilst I wait, I'll see if there are any reports of the crash in the Crawley Observer or other periodicals.

All the online references seem to point to Tilgate, but I would guess that they all use the same source.

Thank you both. But if the crash occurred in Tilgate Forest, that still leaves me to work out where or what is 'Round Hill'. I'm waiting to hear what, if anything, the local papers had to say about the crash.

Only reference I can find to Round Hill is much further south near Steyning. Too far away.

I know the area quite well, having been dating a young lady who lived at Furnace Green, which is more of less right on top of Tilgate Forest. In my opinion, Pound Hill and Tilgate Forest are just too close to each other for it not to be the location where the crash took place. The fact that not only are both are more or less due south from Gatwick, when using Google Maps Distance Calculator I make it more or less around 4 miles south. This means that if I were a betting man, I'd put my £1 on this being the location...

So do I - for I lived in Furnace Green during my teenage years!

The AIB report refers to Telgate Forest (clearly just a typographical error) and the Times report to Tilgate Forest, which militates against the Pound Hill theory. It will be interesting to hear if the Crawley Observer reported the crash and, if so, whether it is more specific as to the location.

The Record Card for this accident was handwritten. We have a copy of this Report at Brooklands, and the place of accident was definately "Pound Hill". Stylish writing of the day made it look like an "R" rather than a "P".... The flight itself was a mail flight, and the aircraft was returning from Hanover.
Hope this helps.
AndyWis

Thank you, Andy, for posting that information. It is both interesting and helpful.

There is debate on this topic ongoing on another forum. On that, two extracts from Flight magazine have been posted. Those are as follows:

'He turned away from the airport, evidently to make a wide circuit and a final approach, nothing further was seen or heard until a machine was sent out at daylight to make a search. The Fokker was found in a wood four and a half miles south of Gatwick; the ground height at, that point is some three hundred feet higher than that at the airport'

The radio operator, Mr. C. G. Wheeler, said that Gatwick had been circled preparatory to making the final approach and that he was in communication with the airport until within half a minute of the impact. He saw trees beneath the machine and called to the pilot, but was not sure whether his voice was heard. The engineer, Mr. G. R. Blowers, said that he was asked by the pilot for the position of the landing light switch, and the coroner very aptly remarked that such a question from the pilot was extraordinary..... A point which was not brought up at the inquest was that, to the best of our knowledge, no K.L.M. pilot had been permitted to take full charge of a Fokker F.XI1 until he had completed at least fifty hours as co-pilot in the type'

The former, at least, appears to corroborate the AIB crash report and the report in The Times. But perhaps most important is the report that:

'The Fokker was found in a wood four and a half miles south of Gatwick; the ground height at, that point is some three hundred feet higher than that at the airport'.

As has been said already, Pound Hill is neither south of (but see below) or four and a half miles from the original Gatwick Airport. From my reading of the O.S. map, the original Gatwick Airport is approximately 200 feet and at its highest point Pound Hill is not more than 340 feet above sea level. Thus if the crash site was at 'some three hundred feet higher than that at the airport', that puts its altitude at c. 500 feet (or approximately 150 metres). This takes one into the High Weald.

Now at this point I stand prepared to defer to those whose knowlege of navigation is far superior to mine (which, I suspect, encompasses most of the contributors to this forum!). Up to this point I have used grid compass points on the O.S. maps. However using true or magnetic north, the terrain due south of the Beehive reaches an altitude of approximately 150 metres on the northern slope of Whitely Hill - which is just under four miles distant - and again on its southern slope - which is just over four miles distant. Maybe the crash location was somewhere around this point. If so, it would have been not far from the Cowdray Arms public house (if it is still so called) on the B2036 at the junction with the B2110 to Turners Hill. Maybe if someone lives around that way, they'd care to pop in and ask the question!

Just one further thought, if you'll all indulge me. The inquiry into the crash concluded that the accident was caused by the pilot making an error of judgement in that he hadn't taken into account that the very strong NE wind would greatly widen his low altitude turn, causing the Fokker to drift off course and hit the high ground. I'm not aware of there being, in the vicinity of Pound Hill, any "high ground" that an aeroplane in normal flight attitude might hit. My recollection of that district is that it is not particularly undulating. To find "high ground" one has to go further south into the High Weald. 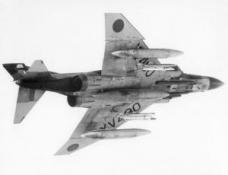 You don't think it's supposed to read Round Hole do you? i.e. a crater?

I fear that the esteemed gentlemen of the AIB in 1936 weren't gifted with such a sense of humour!

I've just read the AIB report on the crash which states that the Fokker: "struck the tree tops at the highest point of the hills about 4 miles to the south of the aerodrome". I think that, effectively, this rules out Pound Hill as the crash site!

The Fokker was found in a wood four and a half miles south of Gatwick; the ground height at, that point is some three hundred feet higher than that at the airport'


Could there possibly have been a missing comma between 'feet' and 'higher'? That would fit a little better;

"the ground height at, that point is some three hundred feet, higher than that at the airport"

.....and it's a sound, logical point. But I still think that Pound Hill is out of the frame due to the absence of high ground into which an aeroplane might fly. It's been suggested elsewhere that Pound Hill may have been given as the location of the crash on the basis that it was the nearest settlement thereto. I think that's quite a reasonable suggestion except for the fact that in 1936, it appears, the hamlet of Pound Hill was a smaller settlement than the nearby village of Worth and Worth is closer to the ridge of the Weald and the place at which I have suggested that the crash may have occurred.

The local newspaper (the Sussex & Surrey Courier - the predecessor to the Crawley Observer) reported the crash but as to its location, said no more than that it occurred in "a dense part of Tilgate Forest".