Ok, heres another thought - contemplated today in the workshop.

Evidentally not all the information is coming out public, pretty obvious, only causes more problems for the families, but it is all sounding a little bit strange. Searching areas 100 degrees off course, flying over land potentially undetected from gorund radar, also a very sudden declaration and focus on two people flying on stolen passports to detract attention away. Boats and planes all searched the last reported area, then again hundreds of miles to the west, and one supposed sighting by an oil worker hundreds of miles to the north east - dismissed as being a possible satelite burn up (todays radio 2 comment) and that the name given of the oil worker doesnt match employment records so can't be true - afterall thats hundreds of miles to the north east why would it be there????

What was in the hold? Anybody know?

Just throwing this one out there for discussion - whose to say there wasn't something being carried on board that shouldnt? We know it happens, we know stuff gets moved around in very strange ways, but what if something was being transported that could have been very useful to some country or organisation and details were leaked to those with an interest in such things?

It would explain why the military have back tracked on what they say they have and havent tracked, would explain the sudden story of potential terrorist involvement from two gents with stolen passports, send everyone looking for the aircraft out to the west, making the assumption it crossed land without being detected - would be a great distraction to hide the fact it was transporting something nasty...

Oil rig worker is way out to the north east, a diversion of say 20 - 30 degrees from track - kinda lines up with North Korea doesnt it? Seriously doubt the crew would have been carrying enough excess fuel for it to be capable of reaching North Korea instead of Beijing but the instant dismissal of a claim of a sighting to the north east, pushing the stolen passports and inconsistent military claims would in my mind lead to a good diversion away from this scenario.

I dont claim to know anything about shipping, but surely there are many shipping lanes int he area they've been surveying, if it had gone west, it surely would have been found by now. My two pence if its worth anything is its on the ground, North Korea, having been hijacked by crew/passenger to take the contents of the hold to someone who wants whatever was in there. Malaysian cover up to hide what was going on, and delays whilst they work out how to explain where the pax are...

I think given the lack of any solid details from the Malaysians and frustration from any reasonable explanation, people are assuming wild conspiracy theories. But have to say, the Malaysian military have today come out and explained that the radar track they saw was an "unidentified flying object" and they "think" it "could" be the missing flight, but not 100% sure. Given all the information/misinformation, or rather lack thereof, I'm beginning to suspect we may never see any trace of this aircraft or anybody who was on board again, especially as time goes on.

The fact that there are no ELT signals leads me to question whether it made a soft landing somewhere.
The ELTs, as I understand them, are independent of everything else. They can't be shut off by aircrew and lack of electrical power (something not to be expected given the 777s 10 generators) would not hamper their operation. If there was a hard landing, they'd go off...correct?

I'd love to be a fly on the wall of Interpol or a national intelligence agency. I'd imagine someone has already suggesting checking out all the runways capable of handling the aircraft within a given range.
Yes, it's a lont shot, but lacking any better theory, it's worth checking.

Starting to remind me of "Thunderball".

A number of people also thinking about the possibility of a shoot-down. But wouldn't a shoot down lead to a large debris field as well?

not all shoot down leads to mid-air explosion.

No, but hitting the water probably would create a debris field.

Not much of AF447 was found. Crash attitude after a shot down would have been comparable (low frwd speed, nose up or down).

That's were a platform like the SR71 wld hve helped

"The Wall Street Journal has reported that US investigators suspect the plane flew on for four hours once it lost contact with air traffic controllers, based on data from the plane’s engines that are automatically downloaded and transmitted to the ground as part of routine maintenance programmes."

Indeed, and if true, presumably inferences can be drawn from the various amounts of technical data received by Rolls Royce. Clearly they are not going to share any information other than with the official investigation team, but it does indeed throw the case wide open, and eliminate a number of earlier theories.

Continuing the Malaysian's yoyo play on the release of information, the military are saying they did track an aircraft across the Malay peninsular but was "unidentified". Is it safe to assume this was MH370? How many other unidentified jets could it gave been?
With this in mind, and assuming it went on for 4 more hours - it could be a fair bit of the way towards India. Which would explain why they joined the search.

But what would be the motive for a hijack assuming it was one of the flight crew? The captain was professional and experienced, why choose that particular flight to China? And the first officer, for all his problems and allegations, is similarly unlikely. He's young, what does he gain from hijacking other than a life time behind bars - terrorism may even be punishable by death in that part of the world.

How vulnerable are aircraft systems to computer hackers? I was on a flight to the Netherlands a few weeks ago and the person next to me pulled out his laptop which instantly went to a black screen with a whole load of code streaming onto it "connecting to server" "link updating" etc etc. If it wasn't for the fact the flight was so short I'd have asked him what he thought he was doing opening something like that up (no matter how innocent) on a flight.

So if it's possible that the aircraft was hijacked and flew (under RADAR?) to a runway within "2,200 nautical miles [from the point it was last tracked], reaching points as far as the Indian Ocean, the border of Pakistan or even the Arabian Sea" - according to the WSJ link above - it strikes me that it's odd that we haven't heard anything from anyone on board. Surely if it did land then *someone* would have been able to make a call and alert someone.

I'm still amazed that there is no RADAR data anywhere to plot the aircraft's progress, and nobody has reported a suspiciously low-flying 777. For any experts here - (I am certainly not one) is it even possible to fly an aircraft like this one for four hours and not appear anywhere on a RADAR?

But if we can trust Rolls Royce's telemetry and the engines were running for four hours after it went missing, and we accept that at least one of the people on board would have made contact somehow if it had landed, the it's looking likely that for what ever reason, the aircraft flew on for an unknown distance in an unknown direction for 4 hours and then hit the ground/sea.

In the absence of any data as to where it flew it's looking like it may never be found, or if it is then it'll be found be accident by someone stumbling upon it.

EDIT: Oops, Matt-100's post was made while I was typing - so looks like it was possibly tracked after all.

Taking your first point, if verifiable, surely any unidentified aircraft in a nation's airspace will be investigated and physically identified, won't it, especially if it did not respond to radio calls?

If the engine report is accurate, are we back to the depressurization theory?
Again, why no ELTs?

Sky News now reports that RR state the engine data stopped at the same time the plan vanished from Radar.

So, back to square one: We know nothing.

It all rather makes you wish the media would cross check/corroborate before publishing!!

Hah, that would smack of common sense.

No, the press are more interested in ratings. Being the first with some sort of new information ups ratings and money intake.

These investigators are probably doing their level best, but are caving to the pressures of the world's press.

The press should be held on a leesh and told the back the heck off and let these people try and focus on finding the aircraft. 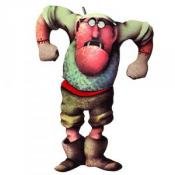 Re:-the FAA and the stress/fatigue cracks around the SATCOM aerial. Fine theory, however this airframe was not SATCOM equipped. Whilst it does seem as if a total failure of the airframe at very high altitude for what ever reason is the most likely cause for the loss. I wish people would just step clear of the speculation.

With regards to the data being sent 'live' to Rolls Royce, as stated this aircraft was not SATCOM equipped so how was this achieved? I am guessing that we are seeing a buffering lag, however the tinfoil hat brigade will shout conspiracy.

With regards to the conspiracy theorists, I regularly monitor the US Rightwing press and there are all sorts of claims on various websites and forums (try The Blaze if you want to scare yourself silly!) about this aircraft being in North Korea/China/Iran. This is so the respective governments there can interogate the 'Stealth Technology' technical specialists on board and then 'discover' the wreckage and the bodies at a later date, thus being seen as international heros.
A similar claim has been made about Burma, but this may have been a very poor taste joust at the Spitfire dig.