According to the local press a powered glider has gone in at Tibenham.

It's an odd description for a 180hp RV, but I am pleased to say that the pilot is in rude health, if suffering a bit with a very sore back.

Glad the pilot's OK, could have been a lot worse for you.

Wanted: stainless bucket, gallon, c/w stiff brush and quantity of bleach, upholstery for the cleansing of. Bring own gas mask.

Glad to hear you are ok moggy, was really worried when I saw the news.

I sent you a message on facebook, Moggy, as I was at work all day and only found out this evening.
Glad that you're okay. Sorry to see G-NADZ in quite a state though.Thoroughly enjoyed my flight in G-NADZ with you last year.
I hope your sore back heals quickly!

It's a bit much when you have to generate your own threads Moggie. ;)

They should rename your area 'Getwell'!

Glad to know you're OK Moggy:)

When you feel up to it, would appreciate a 'blow by blow' account of this incident.

Glad you're okay. Any landing you walk away from... :)

I have been very touched by all the good wishes and insults from the forum, but a common theme has been ‘when you have a moment, tell me more’

Still under the influence of some fairly industrial strength painkillers and a happy pill which is there presumably to stop tears shorting out the keyboard as I recount the tale, I’ll do the best I can.

I was moving the aircraft (RV4, 180hp, c/s prop) from Tibenham to its new base in the smart hangars at Old Buckenham. Owing to a pretty hefty workload over the winter, some difficulties with access at Tibenham, and then ongoing mechanical issues I was a long way out of practice with my last significant flight back in September. But as the aircraft is single pilot only (the rear has just a stick) there is no sensible ‘instructor option’

The mechanical issue took the form of a hefty mag drop, which I assumed I could remedy after an ineffective bout of plug cleaning by replacing all the plugs with a new set of eight Tempests. This was done but the fault remained, at which point I called in my Inspector/Engineer who speedily identified a duff plug, which was replaced by the best of the old set until such time as Transair supplied a replacement Tempest.

So last Friday I headed for the strip and did a short local and four circuits just to refresh myself for the repositioning flight to the new base, something around three minutes flying away. The aircraft behaved faultlessly and considering my rustiness I wasn’t too far off my normal pace ( a low bar some would say). At the end of the flight I visited the fuel bay and uploaded about 20 litres to top-off the right (50+litre) tank

Monday dawned flyable so it seemed a good day for the move. Mrs Moggy and I drove down to Tibenham in the Ute, loaded the cupboard and its contents into the back, dragged the two aircraft necessary out of the way, pulled NADZ out the hangar and replaced the two aircraft. I then A-checked the RV and did a power check to make certain it was still running fine with not a sign of a mag drop and Mrs Moggy drove off for Old Buckenham, knowing that I’d fly a couple more circuits at Tibenham (on 08) before heading off for OB’s 07.

I was meticulous with my pre-takeoff checks, conscious of the fact I was still a bit behind on recency, and did in fact miss one significant item, the one that could well have killed me (more of which later). Right tank – the one brim full – selected.

It has become my habit with the RV to execute a high-energy departure, traffic permitting, keeping the nose low and looking for well over 120 mph before pulling up hard. Sorry, I know it’s showboating, but the temptation is huge.

However circuits at Tibenham are not encouraged with respect to the locals, so any practice circuits I do there tend to be a lot more constrained and conventional, as was my first this day.

Power checks were normal, take off roll exactly as expected with the usual need for a bootful of rudder as the power comes in. Revs, temps and pressures spot on. Climb out brisk, throttling back early for noise and to keep at circuit height. I flew a conventional approach, and made a lovely landing even if it’s I who say so. I braked to a halt and backtracked. Monday is not a gliding day at Tibenham and I had the whole airfield and skies to myself.

Once lined-up again I ran through a complete pre-take off check again, this time picking up (thank heavens) that I had been flying with the shoulder straps on the full harness hanging loose for freedom of movement. “Tut tut!” I thought and cinched them painfully tight. I must have led a good life at some time.

No need to change tanks, electric pump definitely running as I can hear it in my headset. Acceleration was as before, nothing different, rpm, Ts & Ps spot on, rotate, climb away pulling up the flaps before the 100 mph limiting speed.

No coughs, no splutters, no loud mechanical noise.

I pushed the nose down straight away to take a look at the options. As I’d started to turn left-hand for the circuit, directly in front of me was the glider pilots’ caravan park. Obviously the Van’s in amongst a load of wrecked Swifts, Elddis and Bailey’s finest wouldn’t make a very impressive picture for the newspapers so I rejected that totally. Off to the right was the overshoot for 08. It’s very rough and leads to a substantial hedge and a public road. My main thought there was that the RV would almost certainly end up on its back with me underneath. So I took the third choice, a very tight, very low level, increased turn to the left to keep me within the flying area of the field. Of course I had to push the nose down pretty aggressively to avoid joining the ‘stall-spin-die’ fraternity which used a lot of my remaining height. I levelled the wings at the last possible moment and hauled back hard, but far too late for anything other than a bone and undercarriage crunching impact. One rebound and it nosed into the soft ground coming to an instant halt.

I was conscious all the time. I killed the electrics swung open the hood and bailed fast falling in a desperately uncool heap alongside the aircraft and making a note that if ever I did this again I would remember to unplug my headset, the cause of my instant heaping.

My back hurt a bit, but I could walk fine. Two or three of the Tibenham people came running and eventually forced me to lie flat on the taxiway until help arrived, which it did in the form of a ‘first response medic’ lady who started to run through all the checks in a very calm and calming way.

Eventually I understand we had six or eight fire vehicles, a couple of police cars, the medic and Mrs Moggy in the Ute as I’d been able to phone Old Buck. The final vehicle to arrive was the ambulance who became more than a little concerned as my blood pressure was low and dropping (I seem to remember 104 over something or other) so they drove me at a sedate pace to Norwich. I did put in a request for the Air Ambulance – it seemed only right – but it was refused.

Why did the engine stop? I haven’t a clue. It felt like fuel, but I had plenty on board, had already flown a full circuit and a backtrack on it. No way could I have inadvertently knocked the selector; it takes a very positive movement to change tanks. No suspicion of both pumps stopping at once. No way to confuse mixture for flaps, the one is a plunger, the other an electric toggle switch. Tibenham tell me their pump and tank were checked and passed by the authorities within the month. I simply haven’t any idea at all.

With luck the engineers will find something if the aircraft is rebuilt.

Me? No lasting damage. Will I fly again? Probably

I too have only just seen this and am glad you are okay.
Take care and hope to meet up again sometime.
Your friendly orange Abingdon Arm-Waver
Gary

Not being a pilot, all I can say is well done.So glad you are more or less Ok and unscaved:)

Glad you are in one bit still Moggy.When your body settles down get yourself to a good chiropractor and checked out,it's not necessarily for today but some point in the future when any jolts etc can come back to haunt you.
Take care and i hope they find the cause it will put your mind to rest.

Well done getting NADZ down the way you did. As a pilot I was wondering what happened at the time. Thanks for reciting the incident to us.
I am glad that you came off well and hopefully your back won't give you too much trouble.
A shame they denied your request for the air ambulance :p ;)
Hopefully see you again sometime over this summer :)

Thanks for that pretty exhaustive report. My reason for asking for your account was obvious. No matter how long in the tooth we are or, how extensive our experience, and writing purely for myself, there can be aspects that emerge that, just perhaps, give rise to nagging feelings about our actions to which we don't give enough consideration.

Moggy, I remember that a short while ago, you mentioned that you were doing a magneto investigation and, I'm almost sure, a magneto change. Was this in fact necessary ?

At 200 or so feet, you have, to all intents and purposes, zero time to sort things out. It sounds to me that you did extraordinarily well. Full marks!

No, the mags were fine, it was purely the bad (brand new) plug that was causing the apparent mag drop.

Told with exceptional detail, care, skill and humour. I had a chuckle at the pompiers discussing whether to have a foam party and immediately thought (looking at the photo) "There's lies a man for whom skill, common sense and luck are equalled only by his sense of humour".

I don't know, some folks will do anything for attention.........:stupid:
Seriously, glad you are OK. Having flown for many years myself without needing to fill-out an AAIB report, I was less that ecstatic to join the club. There is no doubt that such arrivals dent ones confidence - it did mine, and it takes a while to get past it, all bravado aside. I ended-up trapped inside, inverted, with nearly full tanks and a very hot (Post aeros.) engine ticking away in the silence - and the canopy jammed. Very sobering, and I still get occasional flashbacks. I'm not sure if I was most annoyed by crushing my Ray-Bans against the canopy when I released the harness - or being asked by an idiotic Plod to blow into a breathalyser.... What enlightened times we live in. I prescribe getting back into the saddle as soon as you feel up to it. Well done. :applause: 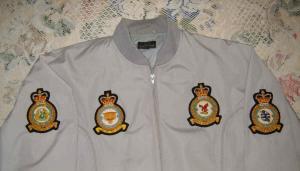 Moggy, I notice from the photo that your avatar is way out of date and perhaps it's time to up date it. Grey hair brings with it a sign of experience and wisdom. :)

Seriously glad to hear you're OK, and thanks for the detailed recount of events.