Somewhat earlier than some of the previous posts, this is one of three original 8" x 6" photographs of the Avro Tudor II G-AGSU that I was given long ago. Stuck on the back of this one is a small strip of paper, on which is typed, "The Avro Tudor II flying very low on a test flight at A.V. Roe's aerodrome, Manchester", to which is added the date - 3 April 1946.

...nice low Whitley and Tudor "from the archives" Ian! :eagerness:

...hopefully we will see scenes like these again when she is repaired... 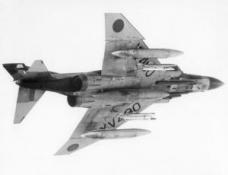 Apologies if this has been posted before (I haven't been a regular watcher of this thread) but for lovers of big pistons, this is rather nice:

132 litres at full chat! Turn the volume up and enjoy.

Now that air display errors may be subject to criminal prosecution (in the UK) should the forum be celebrating some of these events?

Many look reckless in the extreme...note many were photographed in countries with less than exemplary safety records.

And the B-17 photo in post 12, I'm I correct in guessing the pilot on that occasion was a display pilot who later met with an unfortunate...and controversial (the last thread about him was locked in 2008)...end?
I read in several places that that B-17s survival is due, in part, to him not flying it.

Yep, I believe that was indeed he...

Not quite so vintage as my previous contributions: mid-1960s in South Africa. They benefit from being clicked on, to make them larger on screen, and then toggle between the two.

In fact, I'll post the first one individually, to give greater visual impact:

Another 'vintage' one - a Ventura flying low.

Can anyone suggest to which squadron "ZX" applied?

Well I think it is a Hudson in which case you will find here http://www.cambridgeairforce.org.nz/RNZAF%20Squadrons.htm that it belonged to the NZ airforce as part of No.10 (OT) squadron.

Thank you, Chris, for your response. I'd been looking for an RAF squadron with a "ZX" code and none I found seemed to fit the bill.

In terms of the aircraft type, I had it filed as a "PV-1". Whether I got that designation from a photo caption or whether it was my own identification, I really cannot say. Whichever it was, let me explain why I was content to stick with Ventura or 'PV-1'.

To be the best of my knowledge, Hudsons did not have the ventral gun position, which gives that 'kink' in the lower rear fuselage. Also, the Hudson, being based on the Lockheed 14, has a shorter fuselage than a Ventura, which is based on the Lockheed 18 (the Lodestar); this gives the Hudson a slightly 'stubbier' appearance. Also, the dorsal turret on a Hudson was much further back along the fuselage.

In respect of it being a PV-1 as against a Ventura, I actually think that, despite the roundel, it looks more like a PV-1 (as in the U.S. Navy) than it does a Ventura (as in RAF service). The reason I say that is that the Venturas had more of a bubble for the dorsal turret (rather like the dorsal turret on a Hudson, as it happens), whereas the PV-1s had a more 'flat-topped' bubble to the dorsal turret.

That's just my personal view, of course, and, as I've often said in other threads on this site, I am very happy to be countered and/or contradicted.

Meanwhile, I will try to find some images to illustrate the differences that I have mentioned and, if I do, I'll post them later.

This is an official Lockheed publicity photograph of a Hudson. I omitted one self-evident recognition feature - the Hudson had a non-retractable tail wheel. I am therefore quietly confident that the low-flying Lockheed, a few posts ago, is a Ventura (or a PV-1) but not a Hudson.

Quite what that means for or about No.10 (OT) Squadron, I do not know.

I didn't expect to find anything of relevance so quickly but the first book I dug out of a box in the garage (the 1945 edition of "AIRCRAFT OF THE UNITED STATES" by R.A.Saville-Sneath) had useful three-view drawings, which I show below.

I have very slightly stretched the Hudson drawing horizontally in order to achieve equal wing spans and thus a better comparison. I don't think this action has distorted the image in a significant way.

When I was much, much younger and spending hours looking through these old (even then) books, the text used to refer to the equal tapering of the Hudson's wing in contrast to the slightly 'bent' rear edge of the Ventura's wing. However, when I saw Ventura photos showing the wing, this shape was not readily apparent. Maybe you had to see the two aircraft in flight for real to appreciate the difference.

This time, a Wellington flying low:

Meanwhile back on the Ventura/Hudson issue, New Zealand operated both during ww2 https://en.wikipedia.org/wiki/List_of_aircraft_of_the_Royal_New_Zealand_Air_Force_and_Royal_New_Zealand_Navy#V ,and Ian is correct it is a Ventura

Crazy view of Ultra low level from the cockpit this time!

Thanks for the confirmation, Chris. I will PM you with some additional information.

Forgive me if someone answered the Ventura squadron code question and I have missed it but XZ = 1(B)OTU, RNZAF