Last week, a few of you may have seen a Spitfire FSM being roaded around the M25 enroute to its new home in Kent.

Ordered by a lifelong devotee of Robert Stanford Tuck, the Spitfire was constructed by GateGuards down in Cornwall, using a totally new plug and mold, which will now form the basis for all early Marques of the classic design. I have to admit that I'm not a Spitfire person myself and due to the nature of my present role within the company as researcher, I have had to learn a lot over the last few months and have had some wonderful support from a lot of lovely people. From my constant silly questions on here, to Shuttleworth with their Mk.5, Duxford with EP120 and BM597 and then Boultbees at Goodwood, I am rather pleased with the end result. Had a few sleepless nights over one or two points, but think what we have produced is worthy of the marque.

Anyone can create a shape that looks like a Spitfire its the adding of the detail and the finishing that shows that this FSM is rather unique. What with a turning propeller and suitable amplified sound effects it should go to annoy the neighbours for many years to come.

For the propeller movement, please have a look at: 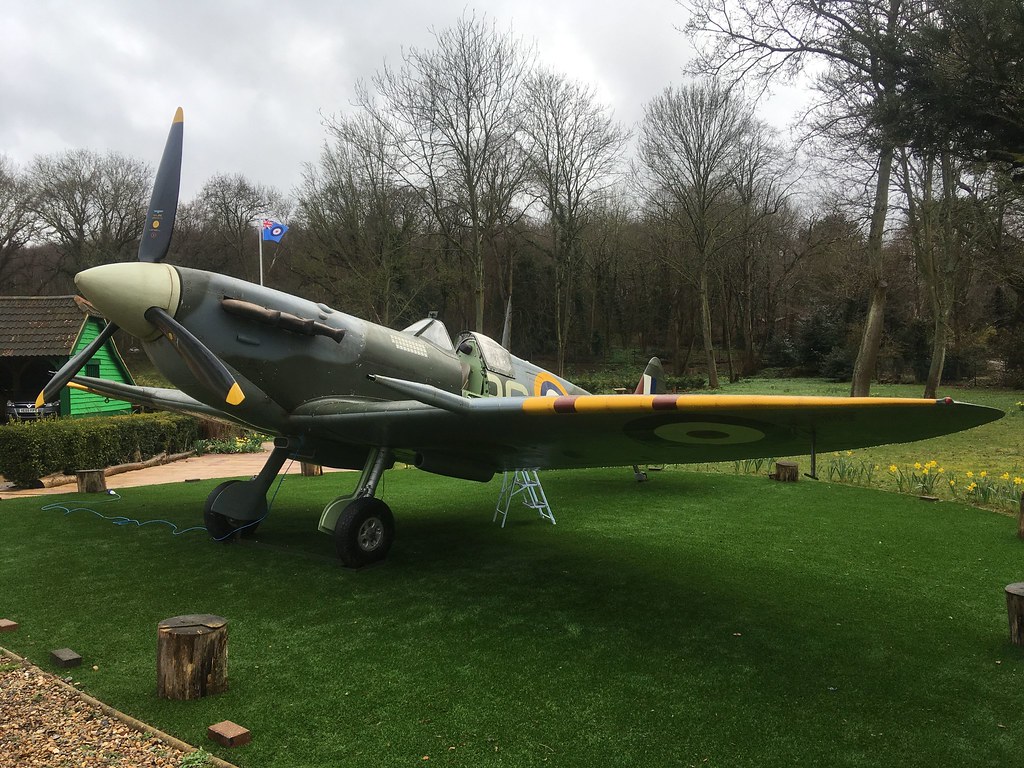 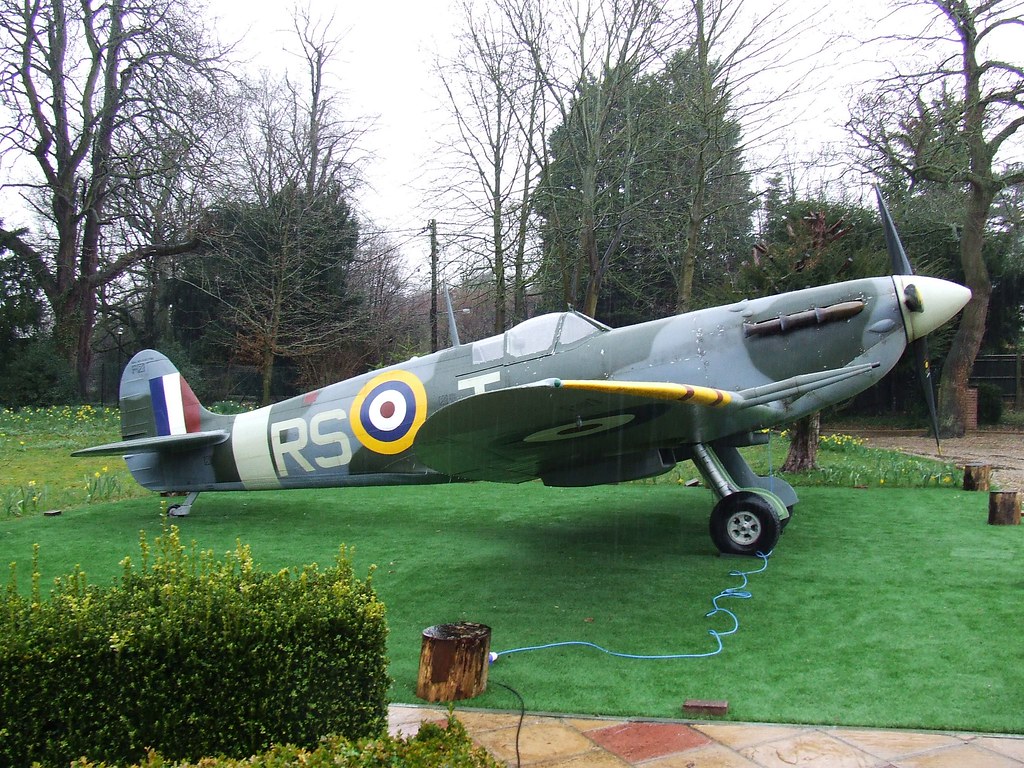 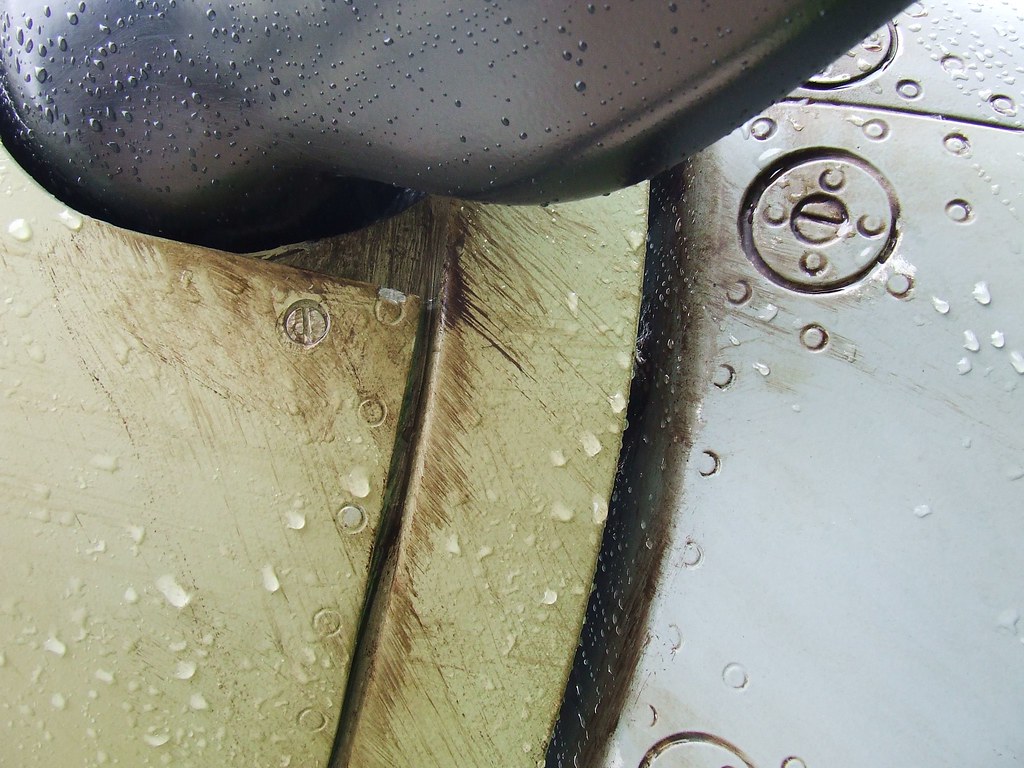 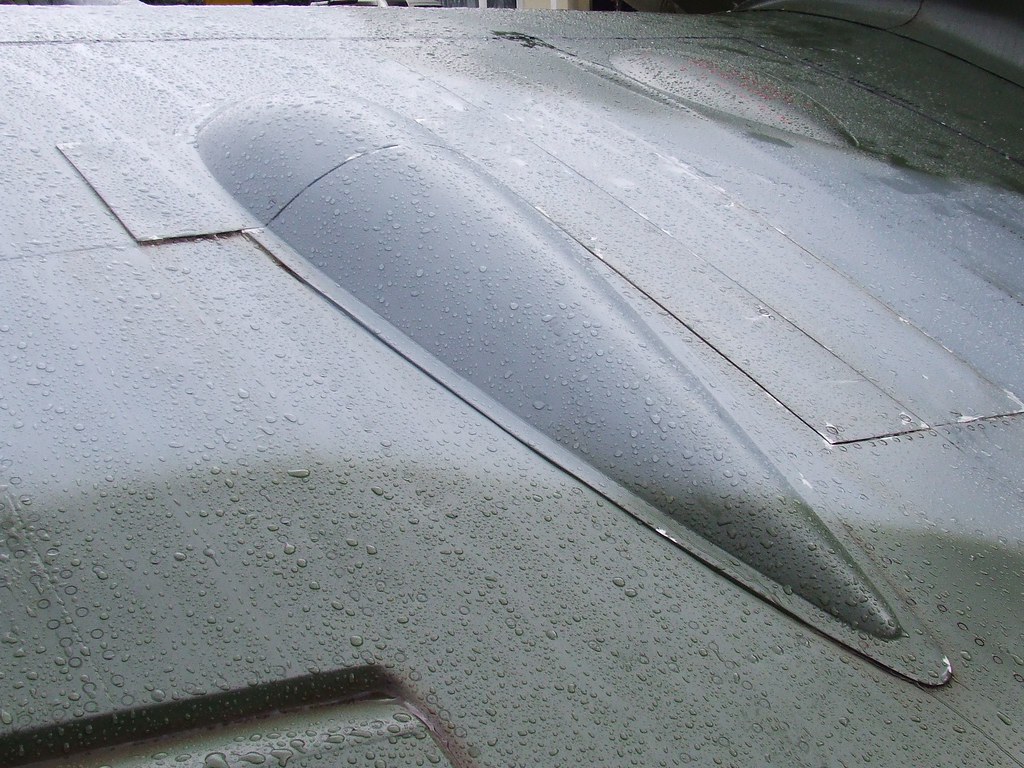 I never noticed the oily streaks on the spinner before - that's attention to detail!

An astounding bit of craftsmanship there! Well done to all involved in it's creation, particularly the weathering and other details :)

That looks absolutely fantastic, every garden should have one!

Wow,
What a lucky chap!
My wife is very supportive but I think even she would draw the line at a spitfire in the garden.
Gerry

We could always make her a Summer House and then you could have your Spitfire. When in the house, it was visible from nearly every window, so it might have to go around the back...... 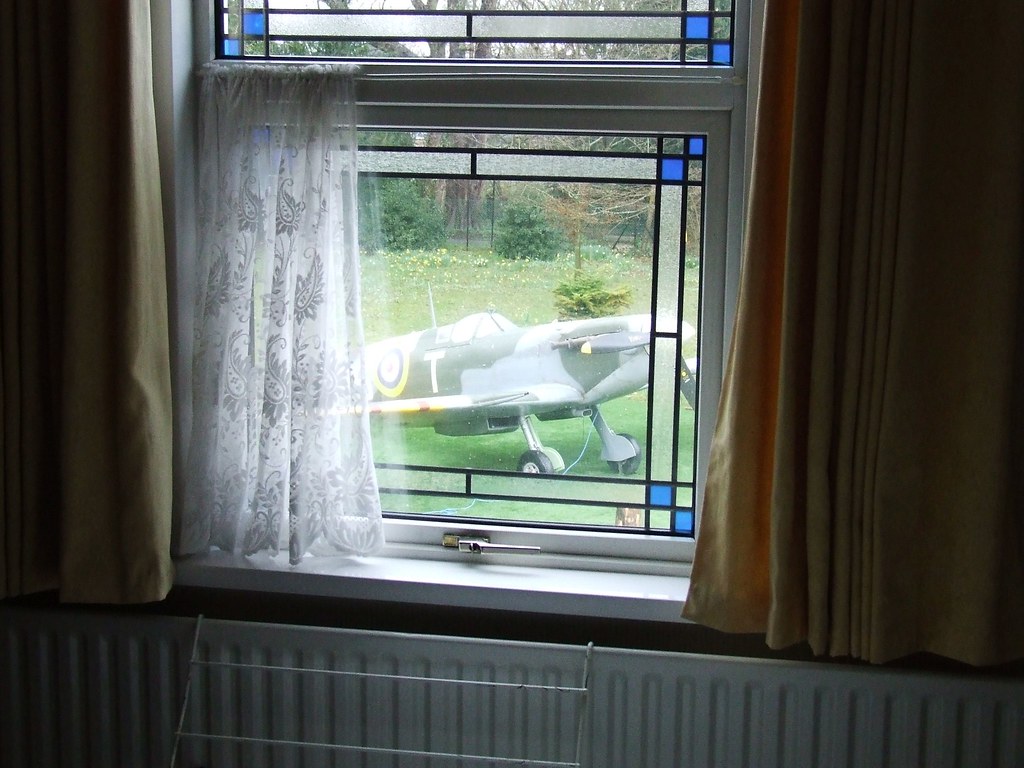 That’s a superb outcome Martin! I remember seeing “Tuck” when he was guest of honour at some early Biggin Hill festivals. He still looked really dapper even though he was then getting on in years. What a lovely tribute to him.

I would love one of those in the garden!
What great work done there nice to see that real detail, in fact put her on an airfield I doubt anyone could tell from 20 foot away it was not a flyer!
Well done to everyone Martin

Should be. I know our website is down as having a nice new one done as we speak. Just spoken to the designing team this afternoon. Perhaps best if send them to me. Will PM you my details and will check with the Secretary tomorrow. I know we say Dreckly down here, but that is no excuse for not answering emails. A thousand apologies.

Just asked SWMBO if we could have one for the front garden/drive - when you win the lottery and buy a new house was the reply...

I only live in New Ash Green and drive let this wonderful sight quite often. I believe there's a Hurricane in the back garden too, though my guess is it's maybe 1/2 scale. It's certainly a wonderful thing to see.