Hopefully forum member ErrolC will be along shortly with his photos, but Mosquito FB.VI PZ474/NZ2384/ZK-BCV/N9099F/ZK-BCV flew today at 1133hr NZ time, crewed by Steve Hinton and Warren Denholm, at Ardmore here in New Zealand. A second flight was made mid-afternoon. Bravo to everyone at Mosquito Aircraft Restoration, AvSpecs and Lewis Air Legends!

And no, before you ask: at 1133hr I was sat in front of my work PC making and taking calls, totally unaware! This aircraft was the only example to fly on our civil register until 2012, and last flew here in 1955.

Spitfire MH367 (with photographer Gavin Conroy in the back) led PZ474 down the taxiway, crewed by Steve Hinton and Warren Denholm. 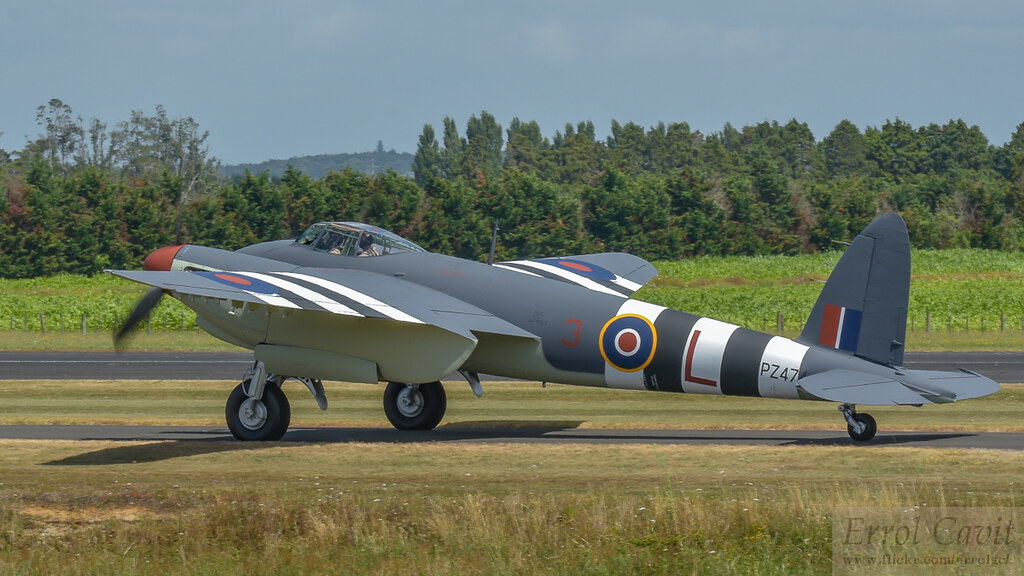 Some additional stencils on PZ474 by Errol Cavit, on Flickr 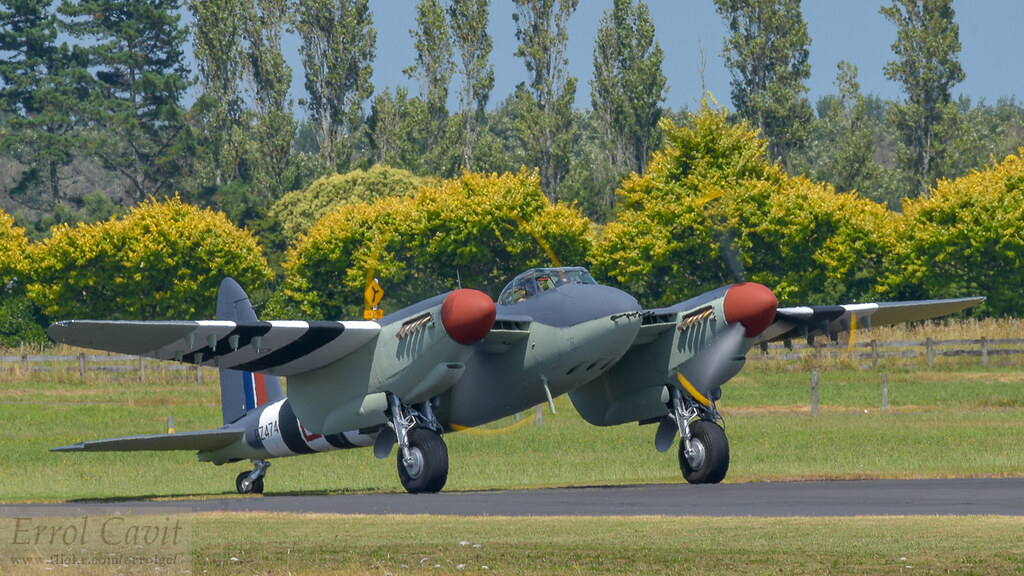 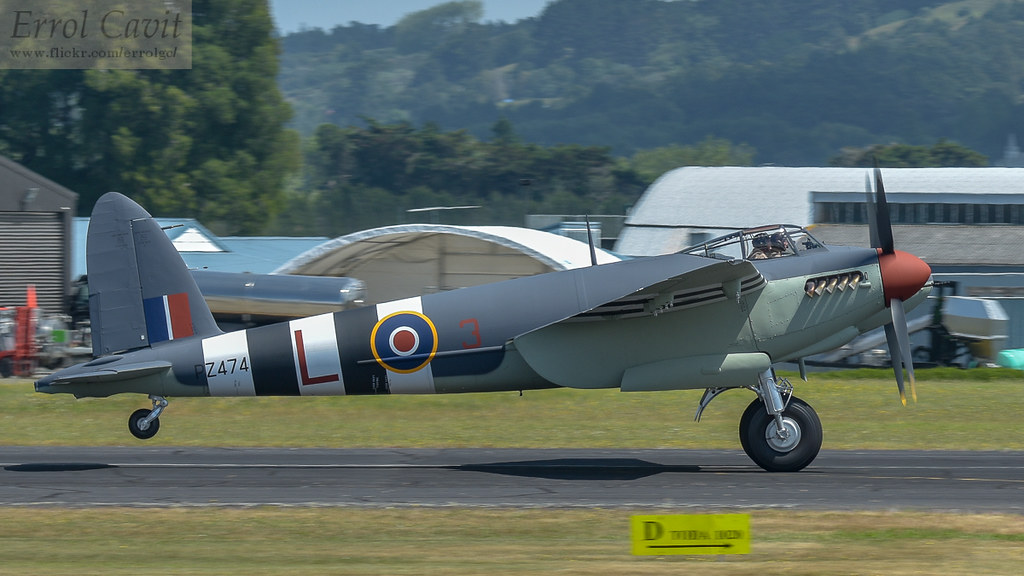 A few wide circuits, including gear tests, then we got a pass - most appreciated!

PZ474 pass - thanks Steve Hinton and Warren Denholm by Errol Cavit, on Flickr 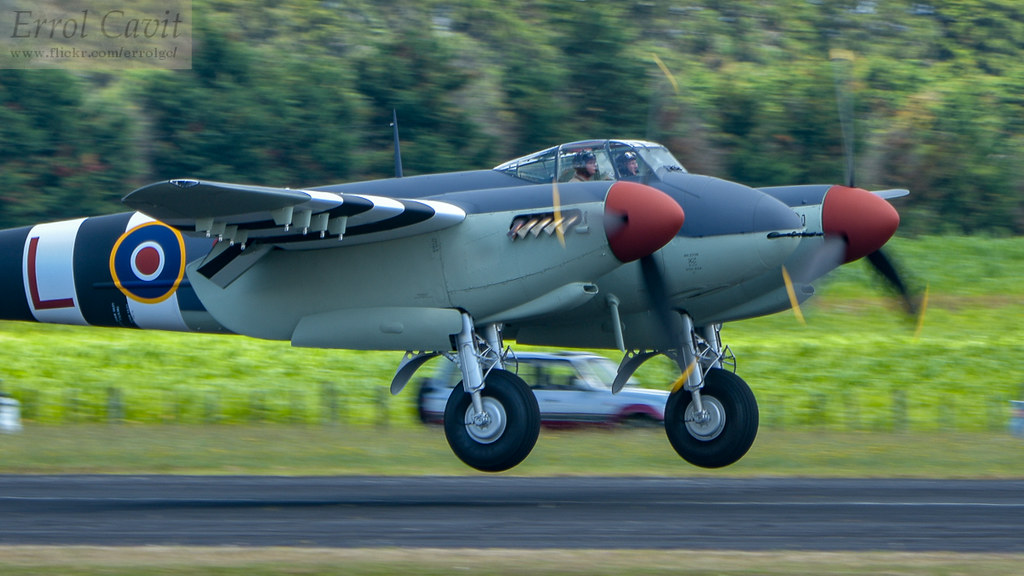 Video on you tube of the take-off.
Looks superb.

Absolute magic - 10 years ago I wouldn't have thought there'd be one Mossie airworthy let alone three - or is it four now?

Excellent news. How wonderful to have a two Seat Spitfire as photoship. 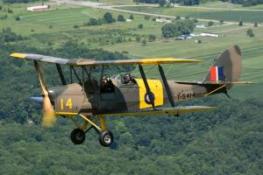 That was my thought!
Spitfire "demoted" to camera ship. :highly_amused:

Well done to the entire Avspecs team and congratulations to Mr Lewis.
She looks absolutely fantastic!

I love the way the Merlins bark coming over the hedge to land.

As to the question pertaining to how many are airworthy (active), this is now, currently, the third flying example in the world, and all three of those being from Avspecs - KA114, TV959, and now PZ474. There would be a fourth example considered, that being the very original, and beautiful, VR796, based in Canada, but after having flown several times in 2014 and 2015, it has not flown since 2015, and it sounds as though there is no immediate intention by the owner of flying it again. It can be said, however, that within a less than 7-year period (mid-2012 to early-2019), four DH Mosquitoes have now flown. Within the US, TV959 is based on the west coast (never straying outside of the Everett, Washington airspace where the FHC museum is located - per standard practice for that museum), and KA114 is based on the east coast and has made a number of airshow appearances over the years since it was completed. PZ474, when it arrives in the US, will be based rather centrally, but south, in Texas.

The next to be completed at Avspecs will be NZ2308, for the Mosquito Pathfinder Trust, which has a goal of having it completed and flying at Duxford as early as 2020. Following that one will be DZ542, a glass-nose bomber variant, which Avspecs has also been actively working on (which they've most recently shown photos of in early November on their Facebook page). The Canadian Historical Aircraft Association has also been working on Mosquito KB161, to certified airworthy condition (everything being done/signed off on to make it a flyer when completed). 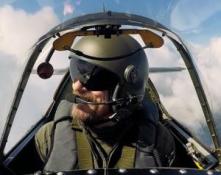 Thanks for the round up John - looking forward to Duxford in 2020!!

Hi All,
Here is the aforementioned youtube video Enjoy!......:cool:

By the way great still shots and cannot give Avspecs enough praise for they're undying work ethic...:eagerness:

Fantastic to see (in video and photos at least) especially from someone that can remember buying Stuart Howe's Mosquito Survivors book when it first came out some 30+ years ago, with that famous photo of PZ474 taken a decade earlier collapsed with a broken fuselage......and here we are 3 decades later and seeing it fly again.
Likewise previously with TV959 having as a child and teenager seeing that with cut wing, hanging up in Lambeth, thinking that would never fly again.

Various machines have been used as Mosquito camera ship (a Harvard is too slow) in NZ. The MX2, T-28, the Spitfire, and Yak-3.

Mossie running up, Yak chase plane behind by Errol Cavit, on Flickr

this is now, currently, the third flying example in the world

Thank you JohnTerrell, that is a very helpful and informative summary.

Here are some more photos of the Mossie and the Spitfire Tr.IX chase plane, and comparison photos of the three Mossies so far completed to airworthiness at Ardmore from the NZ Civil Aircraft blog.

Brilliant work! I remember seeing and hearing 3 CAACU Mosquitoes flying from Exeter in the 1950s when I lived in Torquay.
John Terrell in post #8 mentions another Mosquito being built for the Mosquito Pathfinder Trust.
What is the relationship between them and The People's Mosquito? Are they one and the same? Is there collaboration?

The Pathfinder Trust has publicly stated that they wish to purchase NZ2308 which is well along with Glyn Powell, but has gone very quiet of late. They are not related in any way to The Peoples Mosquito, who have a stated aim of returning an FBVI to flight, but with the work done in the UK.

I suspect the next to fly will be DZ542, which is being built 'on spec' by Avspecs.

It's worth mentioning the aircraft identity The Peoples Mosquito are using is an NF.36 (RL249), which will be built as an FB.VI (after an internet poll said so) although they've said they want to be able to convert it to other marks every other airshow season.

Interestingly, as far as the Peoples' Mosquito ID is concerned (RL249) is that I've seen it mentioned that the first NF.38 was built at Leavesden by converting sister aircraft NF.36 RL248.

pz474 is planned to be flying all day today as Steve Hinton is due to return to the US tomorrow.l