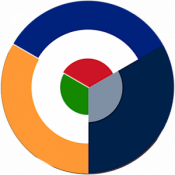 I would like some inputs from the RAF Gurus on this board.

The RAF Squadron numbers in World War II ranged anywhere from 1 to 700 from what i have read and heard. I also observed quite interestingly that Squadrons from Other airforces were slowly renumbered and bought within this particular range.

For Example the RCAF Squadrons went into the 400s range - like 1 RCAF became 401 RCAF etc. The Free French, Dutch , Belgian units went into the 300 series. Ditto with RAAF and RNZAF Squadrons. However the South African Air Force maintained its distinct identity.

-What was the logic behind the renumbering / formation of new units?
-Where the American 'Eagle' Squadrons renumbered or were they passed on wholesale to the USAF?

I did find it quite strange that none of the Indian Air Force (or RIAF) Squadrons underwent such kind or renumbering. For example. No.1 Sqn, IAF remained No.1 thruout the war. I asked around quite a few people, but have not recieved any convincing replies. Hoping to find better luck here this time.

Get hold of a copy of Wing Commander Jefford's book "RAF Squadrons a comprehensive record of the movement and equipment of all RAF Squadrons and their antecedants since 1912" Airlife Pubs 1988 ISBN 1853100536.

This excellent book contains a list of the blocks of unit number allocations for all three services from 1 to 1999.

If you are in the UK you can order it in your local library.

will check it up