An airline statement, issued following a signing ceremony in the port city of Karachi, said the aircraft deliveries would begin in February 2004 and continue until 2008.

The aircraft purchase is a part of a $2 billion fleet development plan PIA has announced for the period until 2008.

In August, the Pakistani government approved a financial package totalling $150 million to launch the plan.

PIA has said it decided on the fleet modernisation after positive signals from the finance ministry about funding from the U.S. Export-Import Bank.

Pakistan has been eligible for finance from Eximbank since Washington lifted sanctions last September in return for Islamabad's support for the U.S.-led war on terrorism.

PIA is the biggest airline in Pakistan, with over 40 planes and 22,000 employees. PIA's share prices gained 1.50 rupees to close at 9.60 rupees on Wednesday at the Karachi Stock Exchange.

Dont count on it..... PIA can hit a speedbreaker whenever it wants.

[updated:LAST EDITED ON 31-10-02 AT 04:25 PM (GMT)]Good to see the confirmation of a fleet renewal plan from them.They really do need some new aircraft as the fleet is ageing rapidly.
Should we be expecting Air India's plans soon? :9

What does the current PIA fleet consist of?

The 707s are freighters and prob retired now?

Gawd, what a mixed bag!

Both B707 were converted to F, one was disposed of and one is stored in karachi at the planetarium.

Er.....I dont think the above is correct, sorry!

If you go to the PIA homepage you can check out the fleet!

Pakistani i think the Twin Otters are used to ply on the routes in the mountanious areas...dont know exactly.

Kabir
I flew in F-27 to the Northern areas, so was just wondering what the Otters were for, I see them occasionally parked in the PAF part of Islamabad airport when I visit Pakistan, next to the C-130's of No6 SQD. 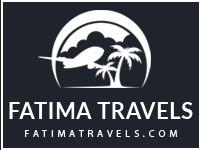