His judgement was to try and save the machine. I can think of a recent example where the pilot concerned would have been well justified in taking to the silk .

Judgement after the event of a late pilot

Quote Originally Posted by David Burke View Post
It would be a new aircraft therefore it needs manufacturer support in the same way as it would if you decided to buy a new Cessna 182. There is product liability issues - how would you address it if one came apart ? Refer them back to Supermarine?
OK, so what happens if one comes apart now. Same question applies.. The design is the same. In theory, there are still product liability issues.

It would be more sensible if we set a limit on liability in terms of design. Say fifty years after production ceased? After which no case could be brought against an original manufacturer, or its successors for faults in the design or construction of a vintage type. That said, postwar designs already have there own life limits which have to be satisfied.

Actually there is a cut off point on product liability, it is one reason I believe Cessna hasn't rewritten the 152 manuals and formatted them into the ATA 100 spec, it is because they if they do. So, then they would then become liable for another 15 years. Or so I was told by an employee of the company.
Hence we struggle on with a poorly designed, badly laid out, and in areas, factually incorrect manuals.

However, are they replicas, reproduction or late-production model?


oh, so like those *long lost* Cobra chassis's that Shelby found after he had forgotten about them sitting at his ranch in Texas for 40 years? ;)
New

Hi All,
The Replica debate could go on for ever but if you take anything replace a worn part and on and on and on eventually you could in theory replace the original if every part broke down or was beyond repair that necessitated a new whatever. The main thing to me was I enjoyed the programme especially the rebuilding that went into the Linder wreck after the terrible tragedy. RIP Mr Linder and the three marshals.:(
http://www.classicandsportscar.com/news/general-classic-car-news/lindner-nocker-lightweight-revealed-after-huge-resto 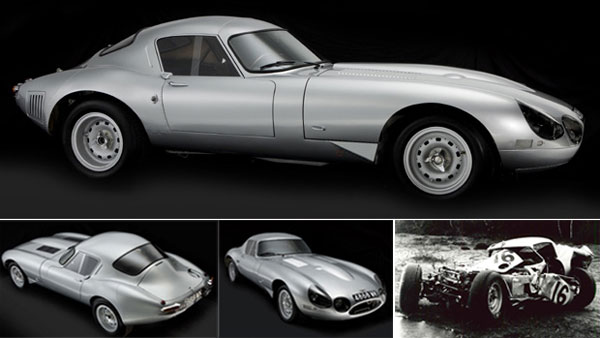 Quote: The new Browns Lane Site is not Browns Lane as was in 1963. Unless you're building the cars in someone's front room, as its now a housing estate.

Actually Track 7 and the service workshops (which is where these 6 examples are built) is part of the original Browns Lane site, I have been visiting here for years both before and after demolition of the rest of the factory.

Track 7 is still used to build all Jaguar Production Prototypes, before being sent down the main production lines

These facilities and the adjacent Veneer Manufacturing Centre complex are all that remain of the original factory footprint, but its the same buildings as in 1963..

Oh come on... its not the Competition Shop where the originals were built in any way, that part was bulldozed and however its spun it can't be brought back. Trying to justify it by it being part of the Browns Lane site is like building a new Lancaster in the Fire Station at what's left of Woodford and claiming it came out of Avro. Its not the same and you know it! As for being built on site, its not. Jaguar's own material says built at Whitley, painted at Gaydon with final fettling and trim at the Browns Lane site. So it really is just putting the badge on the nose and claiming it was built there.

The more I look at this the more I'm starting to be underwhelmed. Wider tyres front and back to cope with bigger brakes instead of those taken from a Mk VIII at the front and Mk X at the rear. Interior trim... on a racing car. Alloy engine, but with the four speed gearbox instead of the ZF 5 speed. And these cars are supposed to be indistinguishable from original? How can they be continuation with these differences?

I had a pop across to the E-type forums yesterday evening and its just as devisive a topic over there.... especially as it seems two of the new body numbers escaped the factory in the early 1970's as unbuilt cars.

They are what in the diecast model world would be termed a 're-issue'; they have been built to massage the egos of half a dozen obscenely rich people, and will rankle with many in the historic car world for diminishing the standing of the original survivors, in much the same way that the new build/replica Spitfires do.

Not commenting on the cars, but with aircraft it's not so much the existence of replicas that don't pretend to be anything else that annoys 'Original Survivor' owners, as far as I can tell. Instead, they get annoyed with the conversation they generate, because of the 'Emperor's New Clothes' factor. Once people start questioning the origins of actual metal a whole can of worms is opened that can only serve to keep the value of their asset down.

Indeed, so I would argue that it would be less divisive to draw a line under it, and say that if an aircraft is built from less than a specific (to be determined) percentage of its original parts at the time it left service, it cannot aspire to an original serial number. When I was working in the industry, every aircraft we built could be easily traced back to having significant original material. That is much less the case now.

All of that said, if it is well documented anyway, does it matter? In the case of the Spitfire Survivor books, it is a simple task to determine which aircraft are less 'original' than others.