Following on from my first outing with the Laowa 9mm lens along the north bank of the Thames from Westminster towards Tower Bridge, I had another couple of trips out with it under differing lighting conditions of wall to wall cloud and flat light and wall to wall blue sky and sunshine. 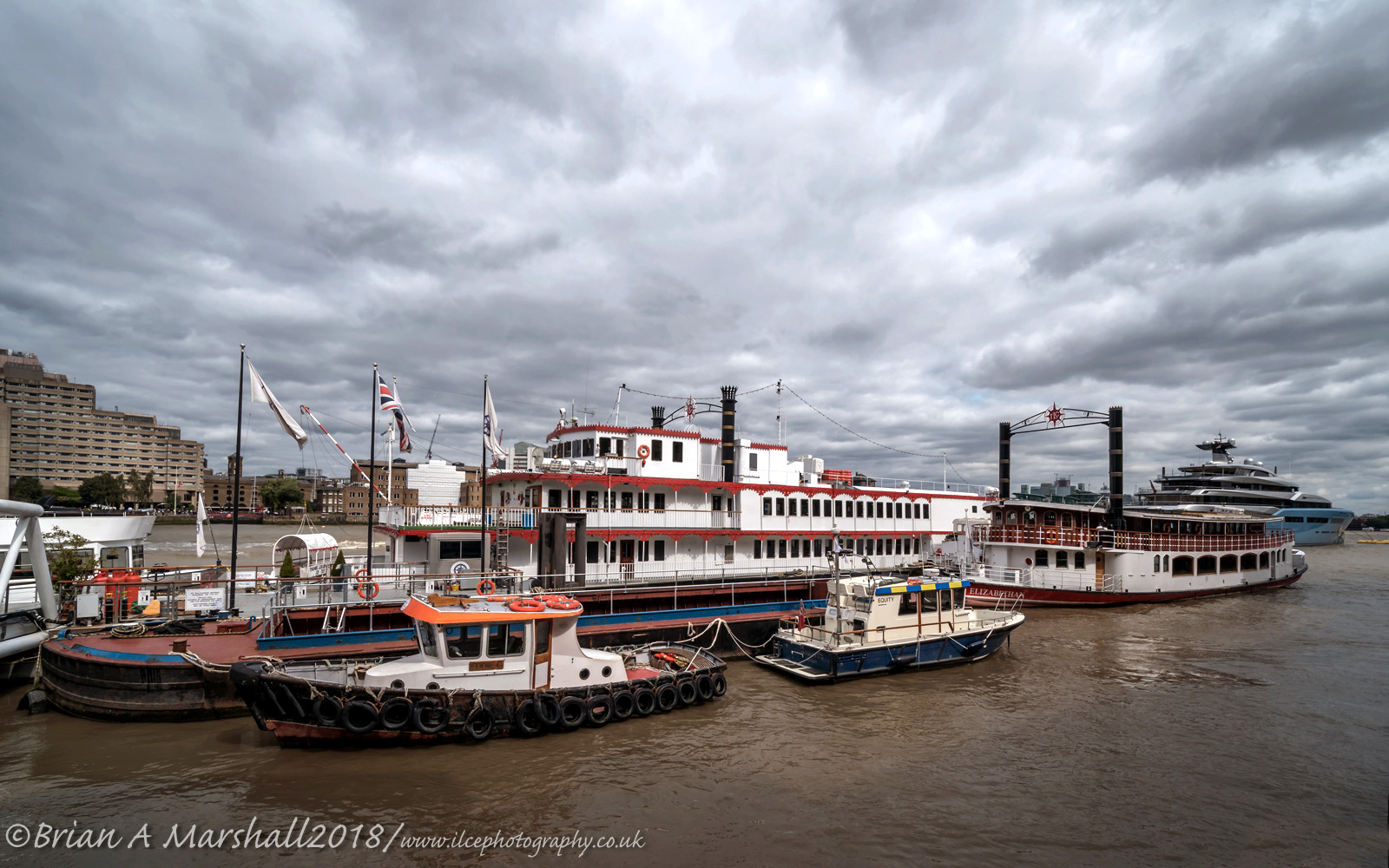 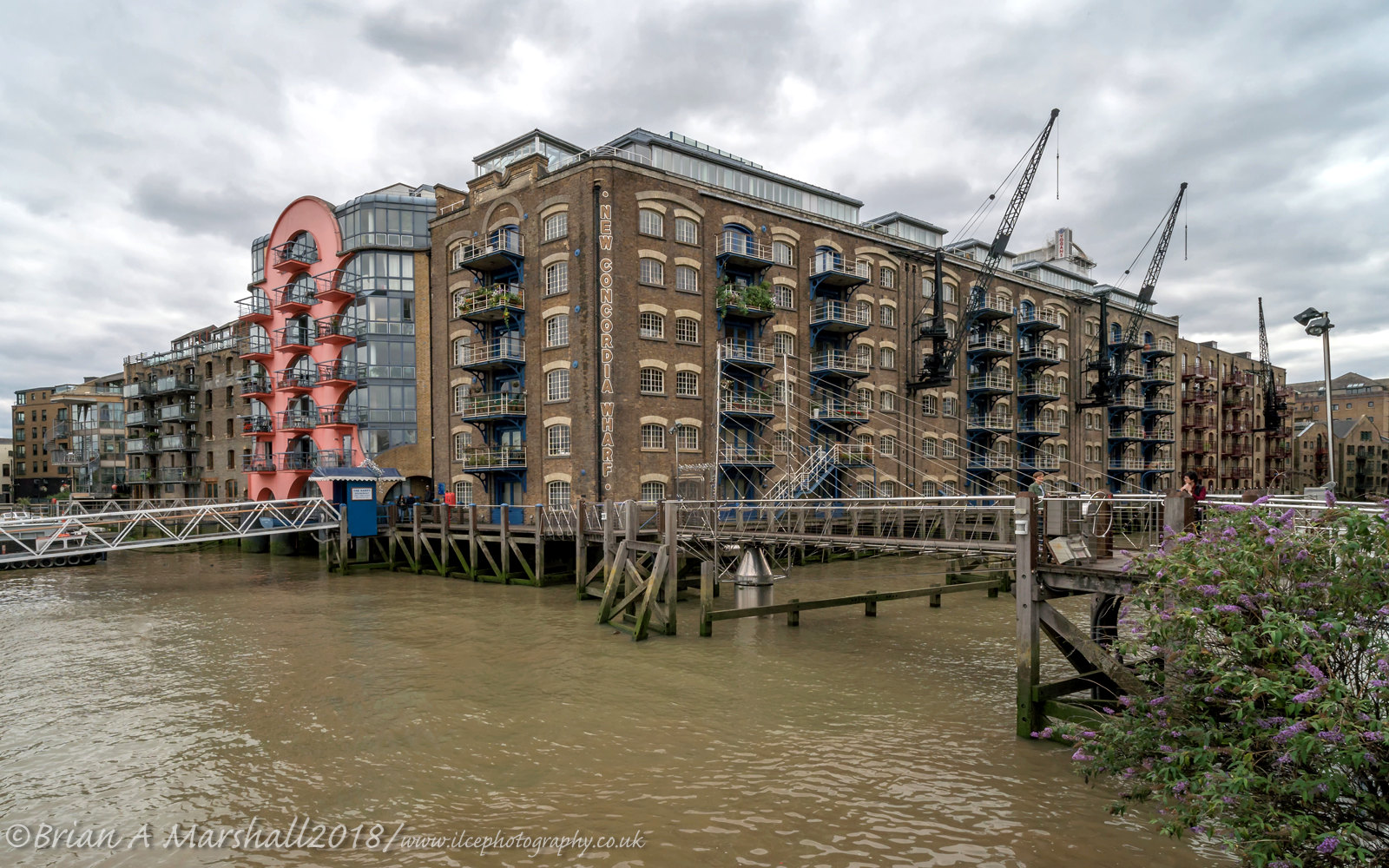 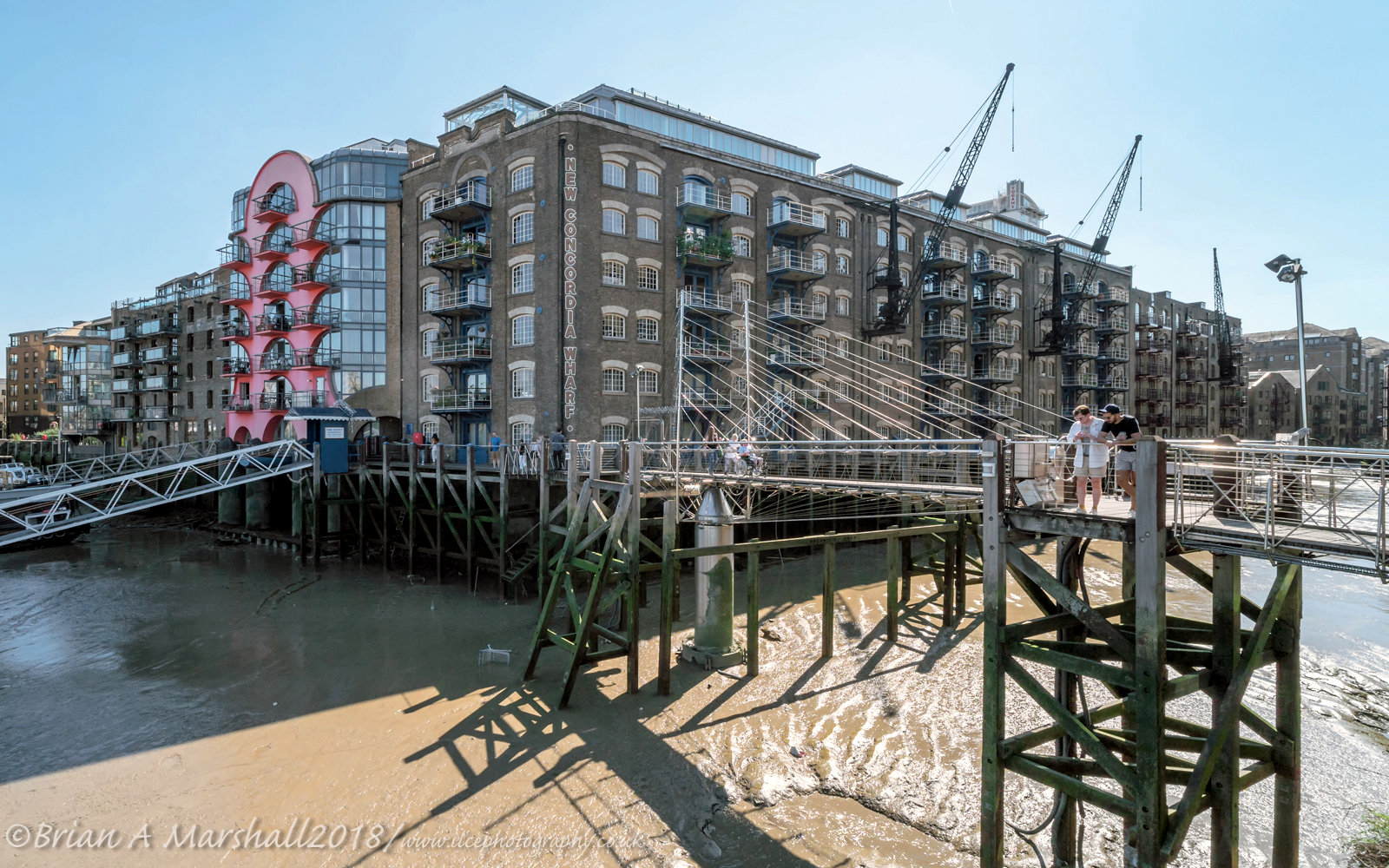 Looking straight up at The Circle housing development, along Queen Elizabeth Street, SE1. 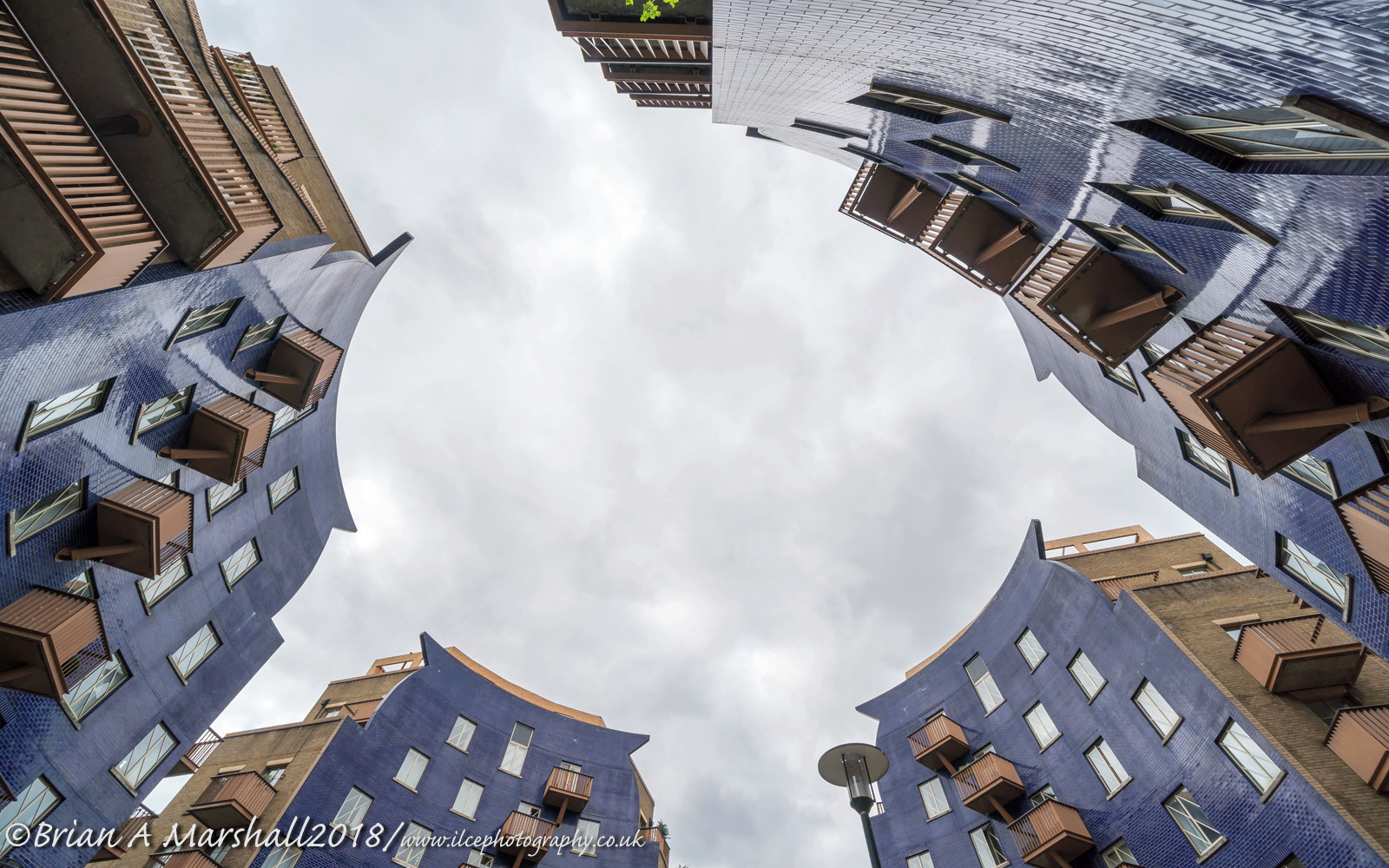 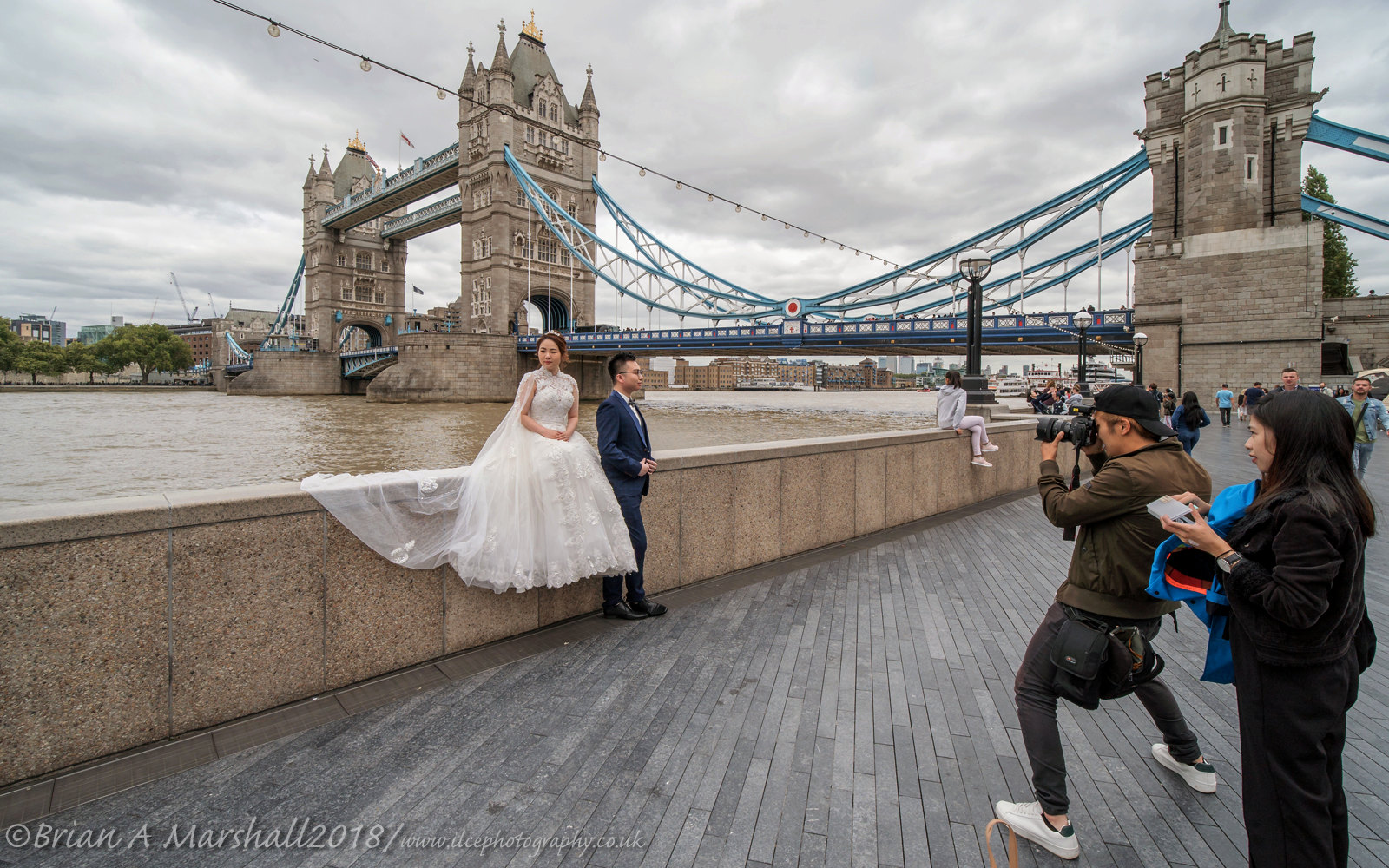 Another Chinese Wedding photography party this time outside No 51 & 52 Bankside, next to Tate Modern. The building is Grade II listed and dates back to 1712. No 51, the yellow door, was the Provost’s Lodging and the official residence of the Dean of Southwark Cathedral. When the Dean died in 2011, No.51 was put on the market for £6 million. 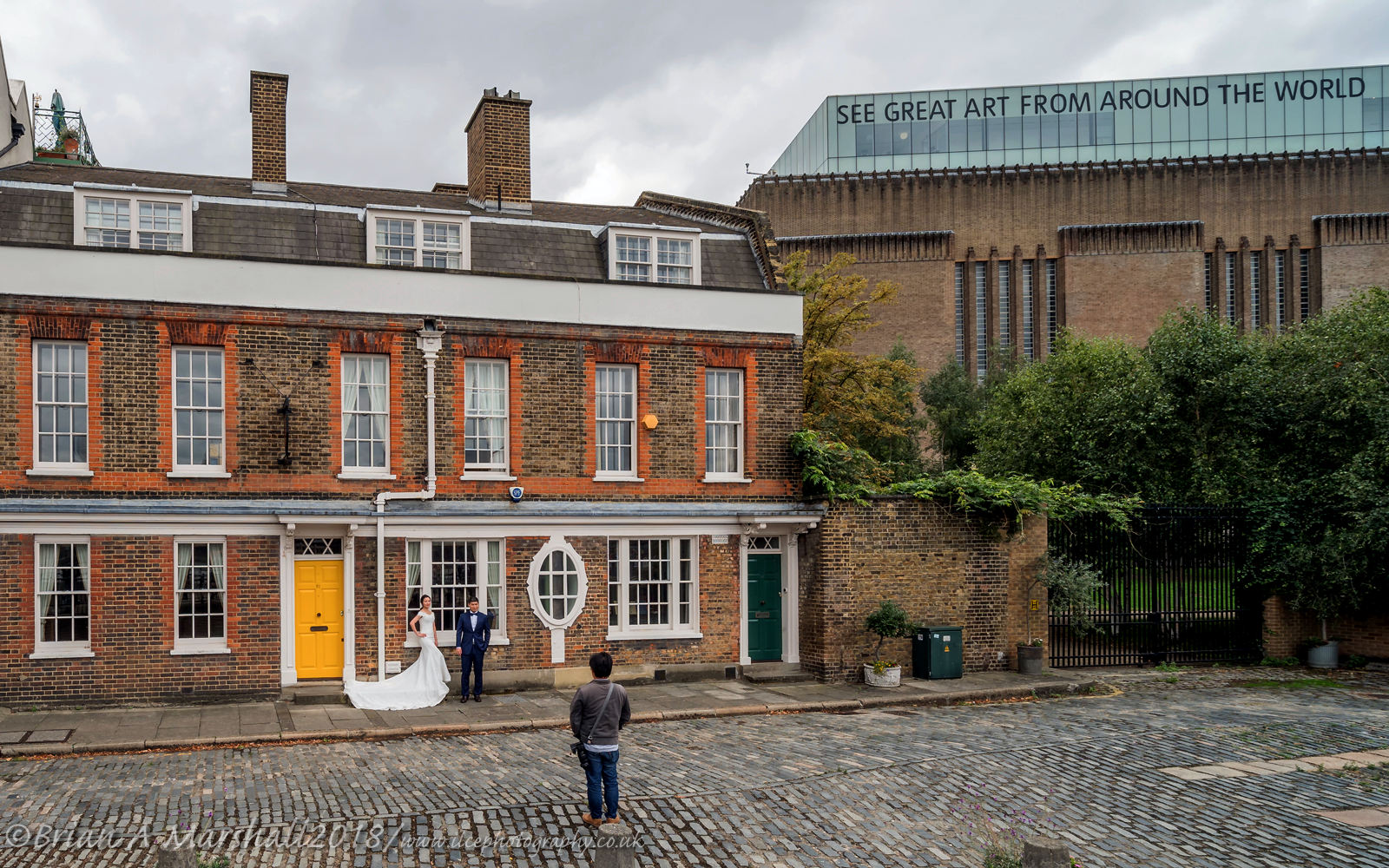 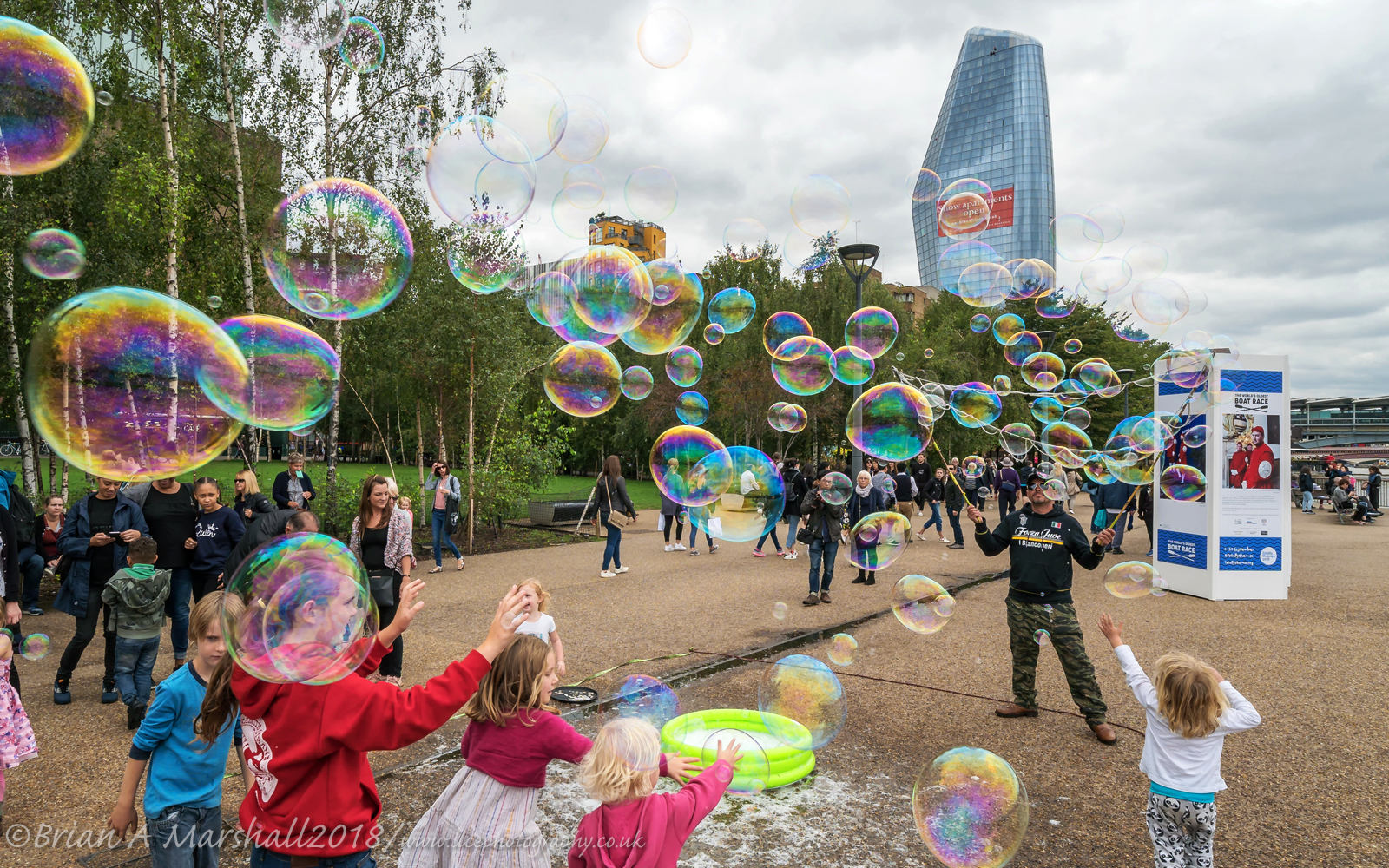 Seconds after I took this the bubble exploded when it touched my lens hood. I found out at this point that the water repellant coating on the lens, which Laowa calls “Frog Eye Coating”, actually works as advertised. 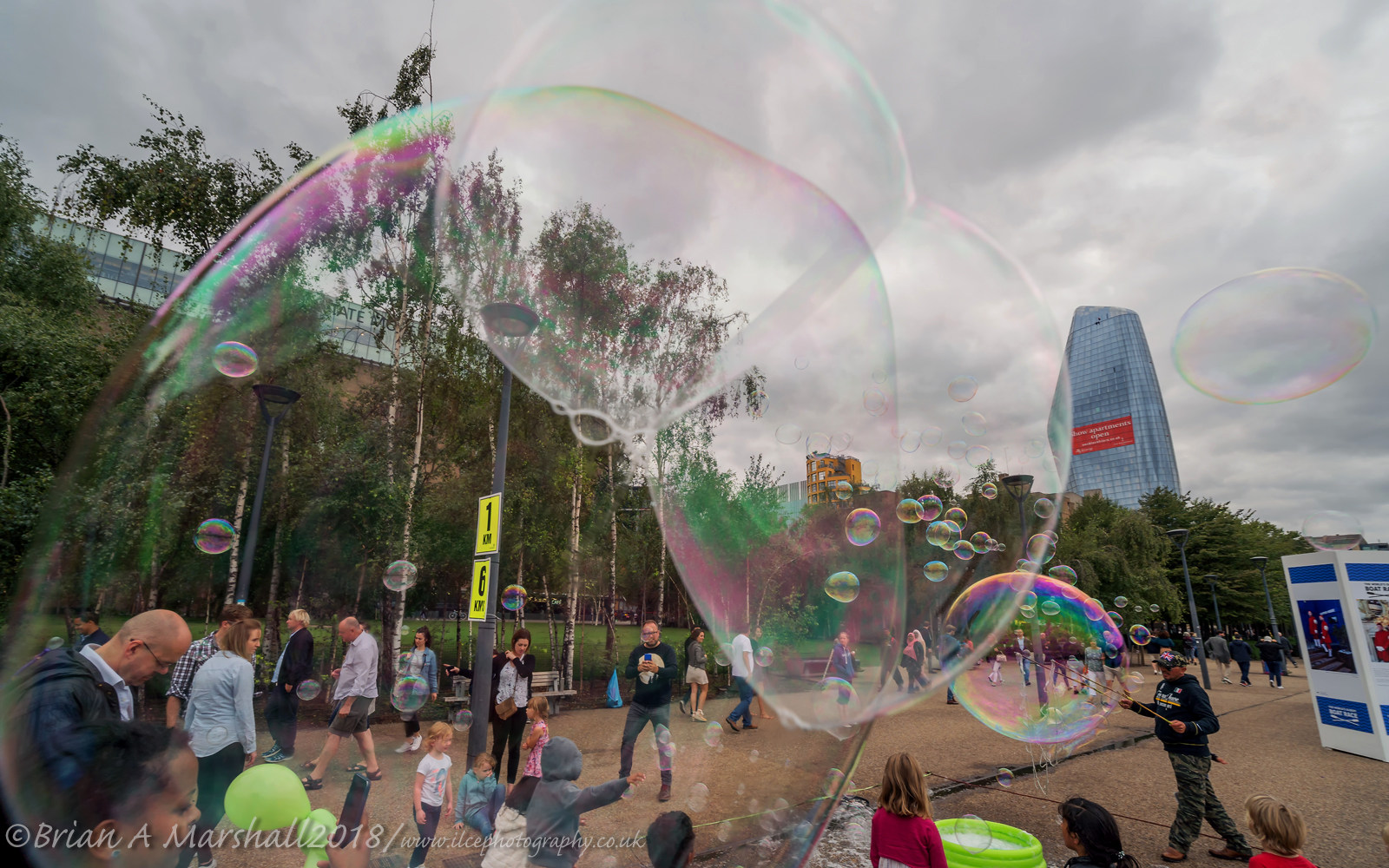 Underside of Blackfriars rail bridge looking east towards the city. 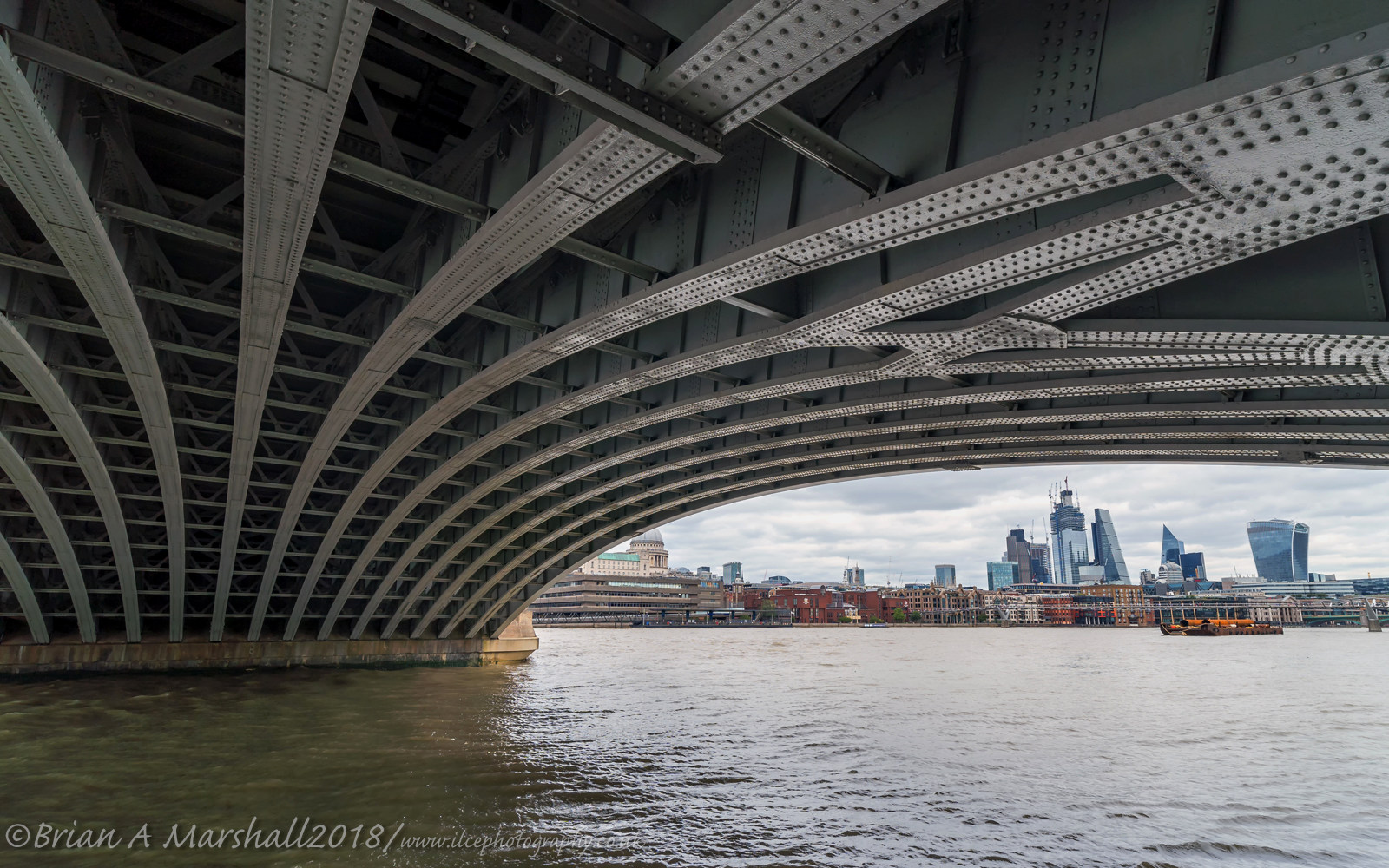 Aviva motor yacht with the sail training ship Lord Nelson tied up on the other side of the river. 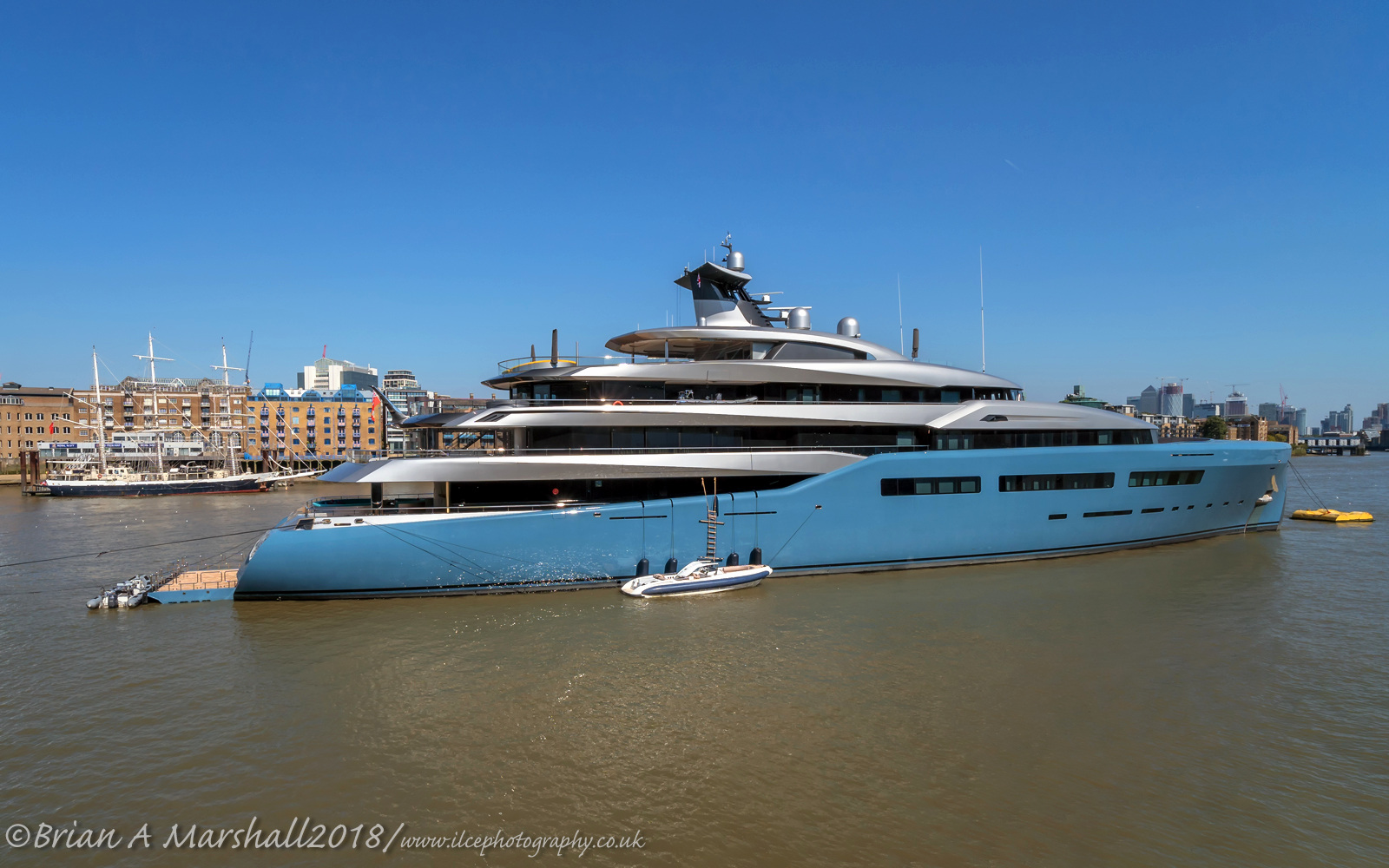 Garden Barge Square where there have been moorings for over 200 years. 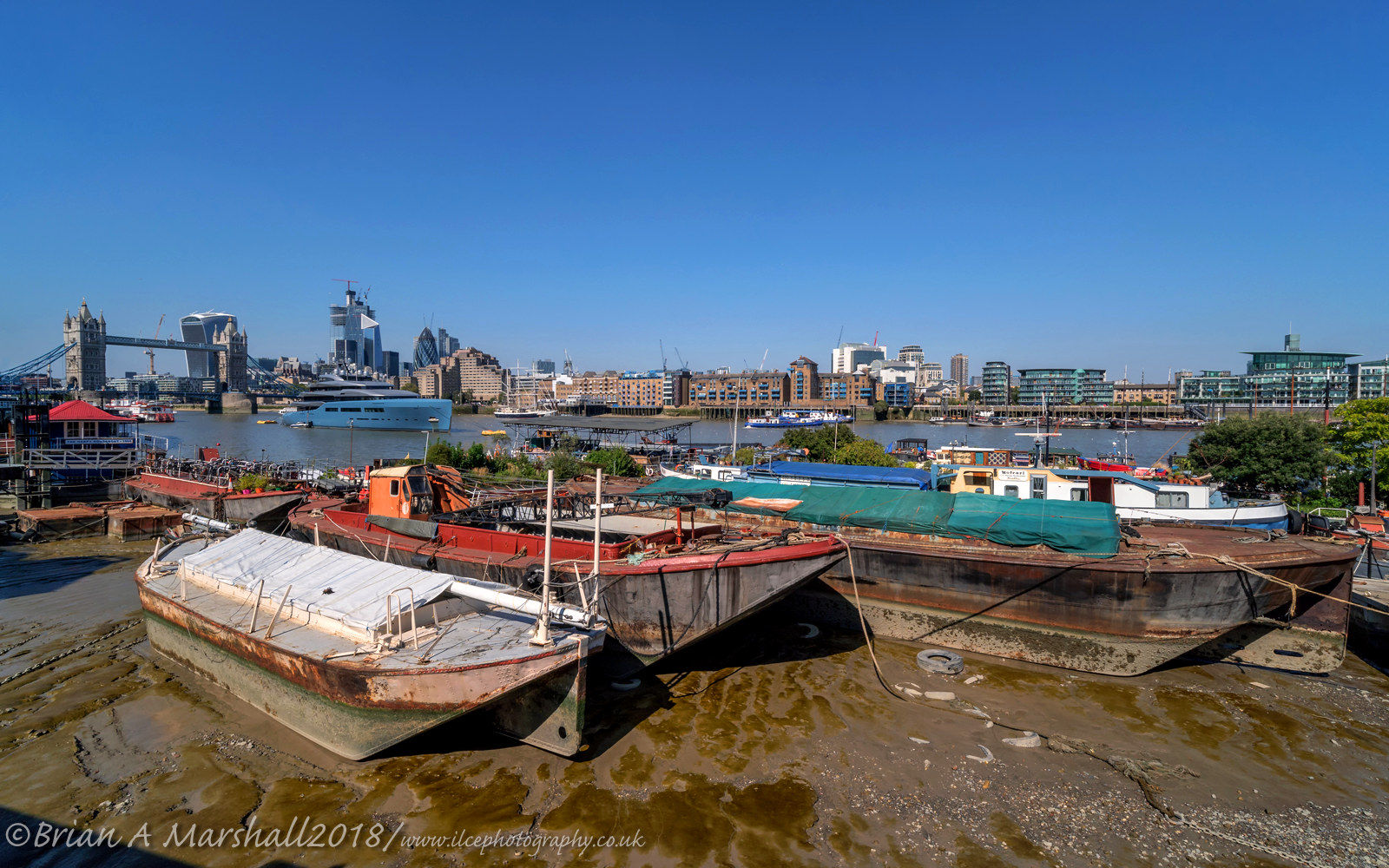 The tide had been out but was on the turn so I took the opportunity to wander around the foreshore near and under Tower Bridge. 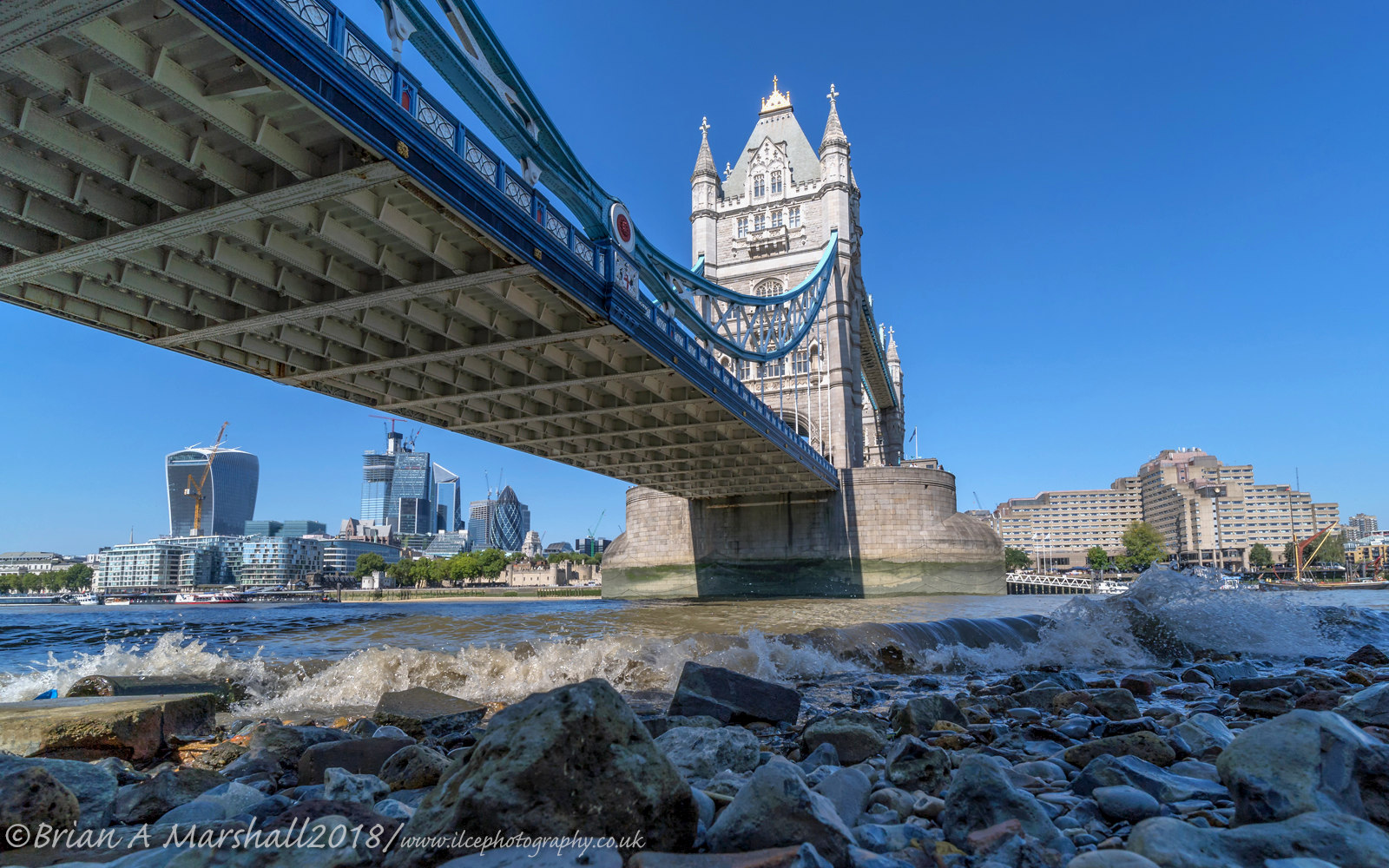 Yes another Chinese Wedding photography party, also taking advantage of the tide being out. 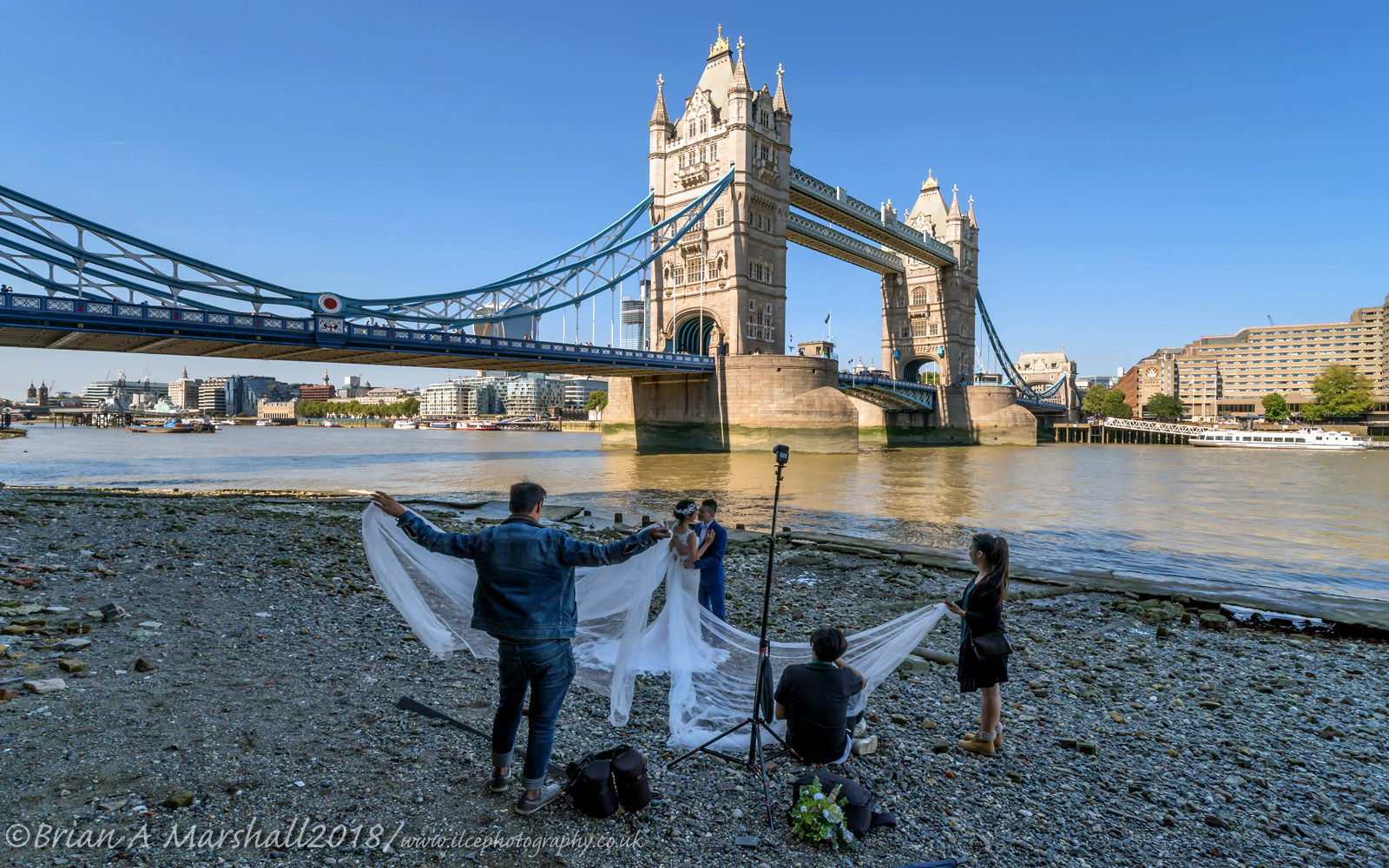 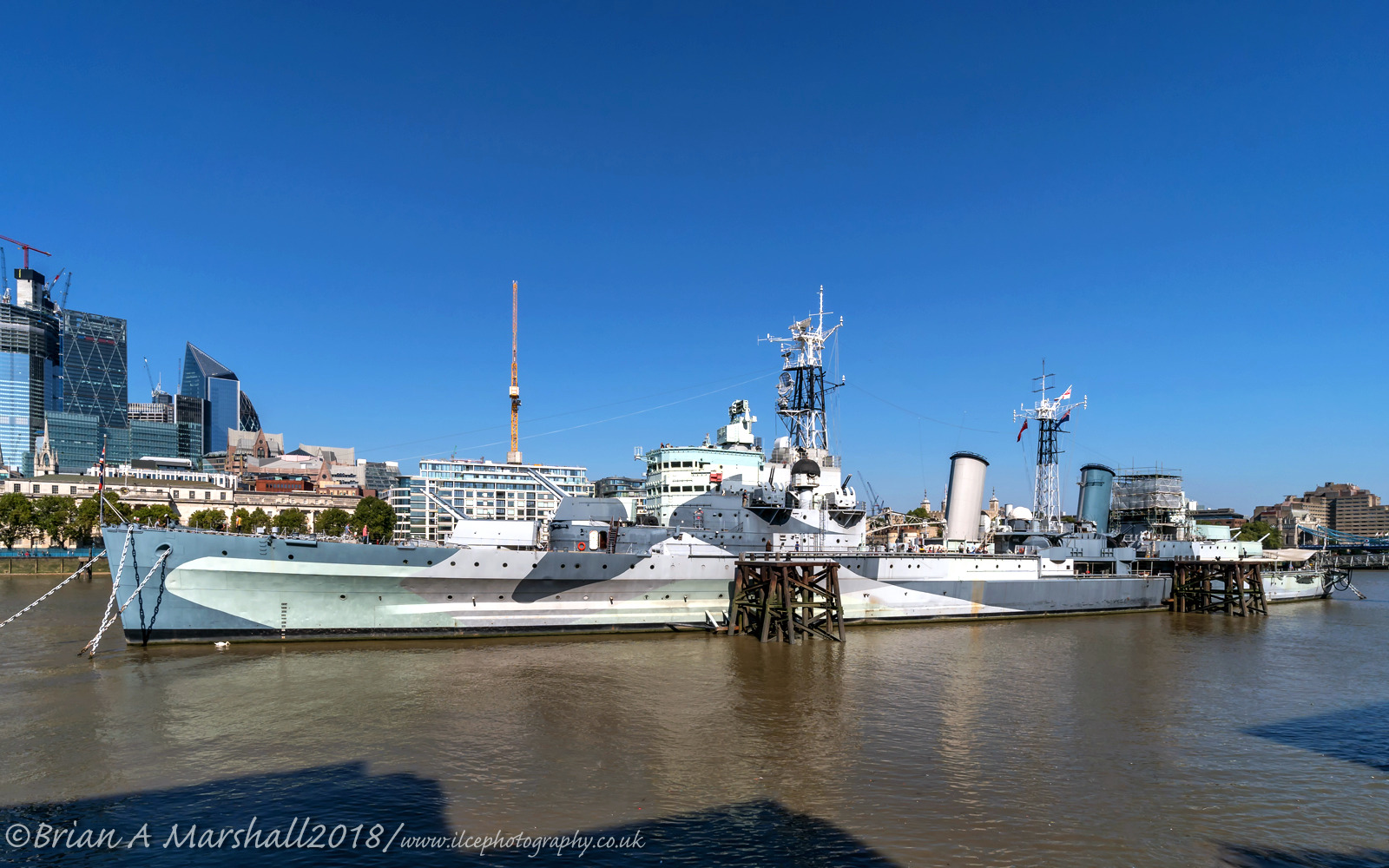 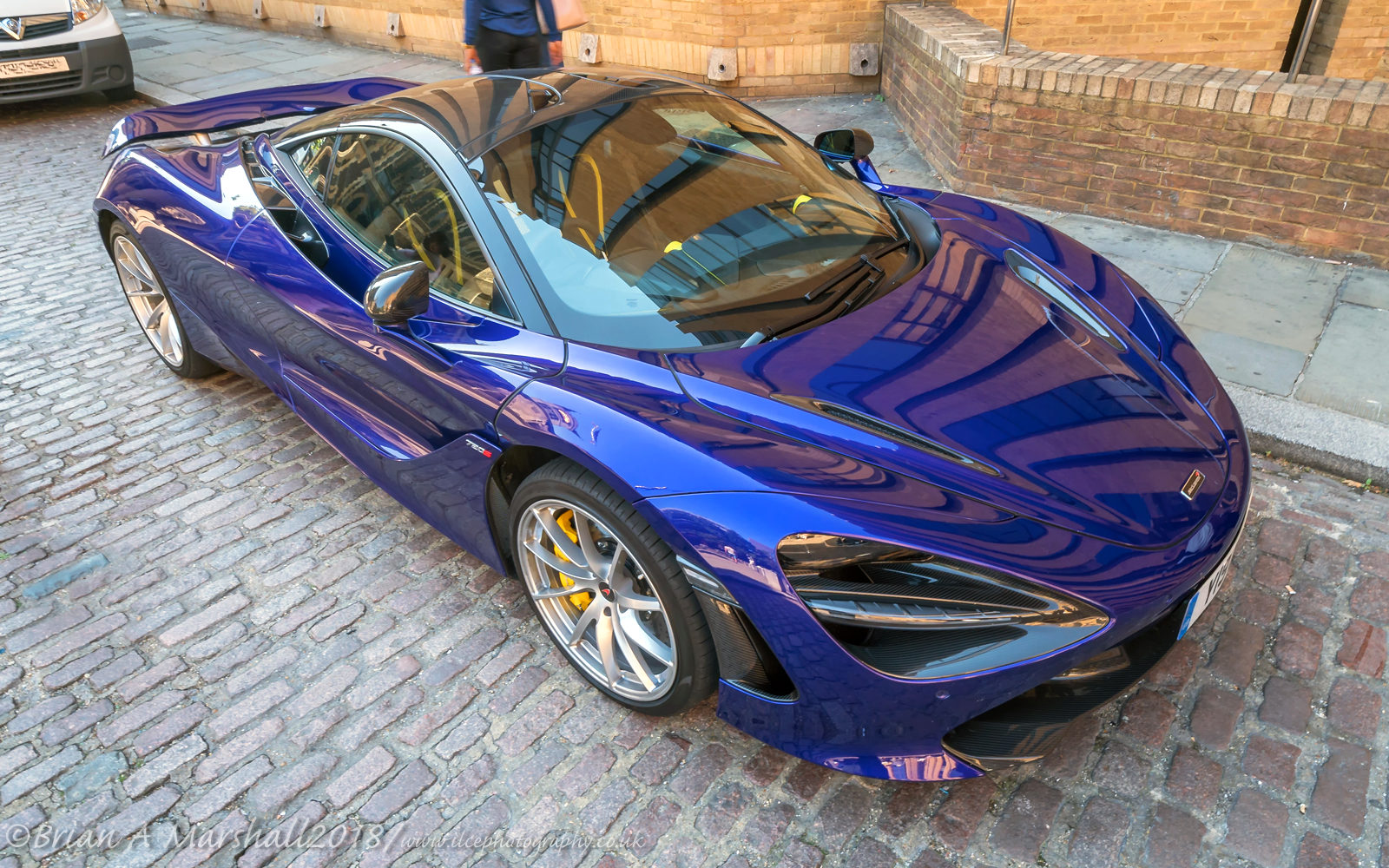 Anchor points on the south side of the Thames, next to Tate Modern, for the Millenium Bridge. 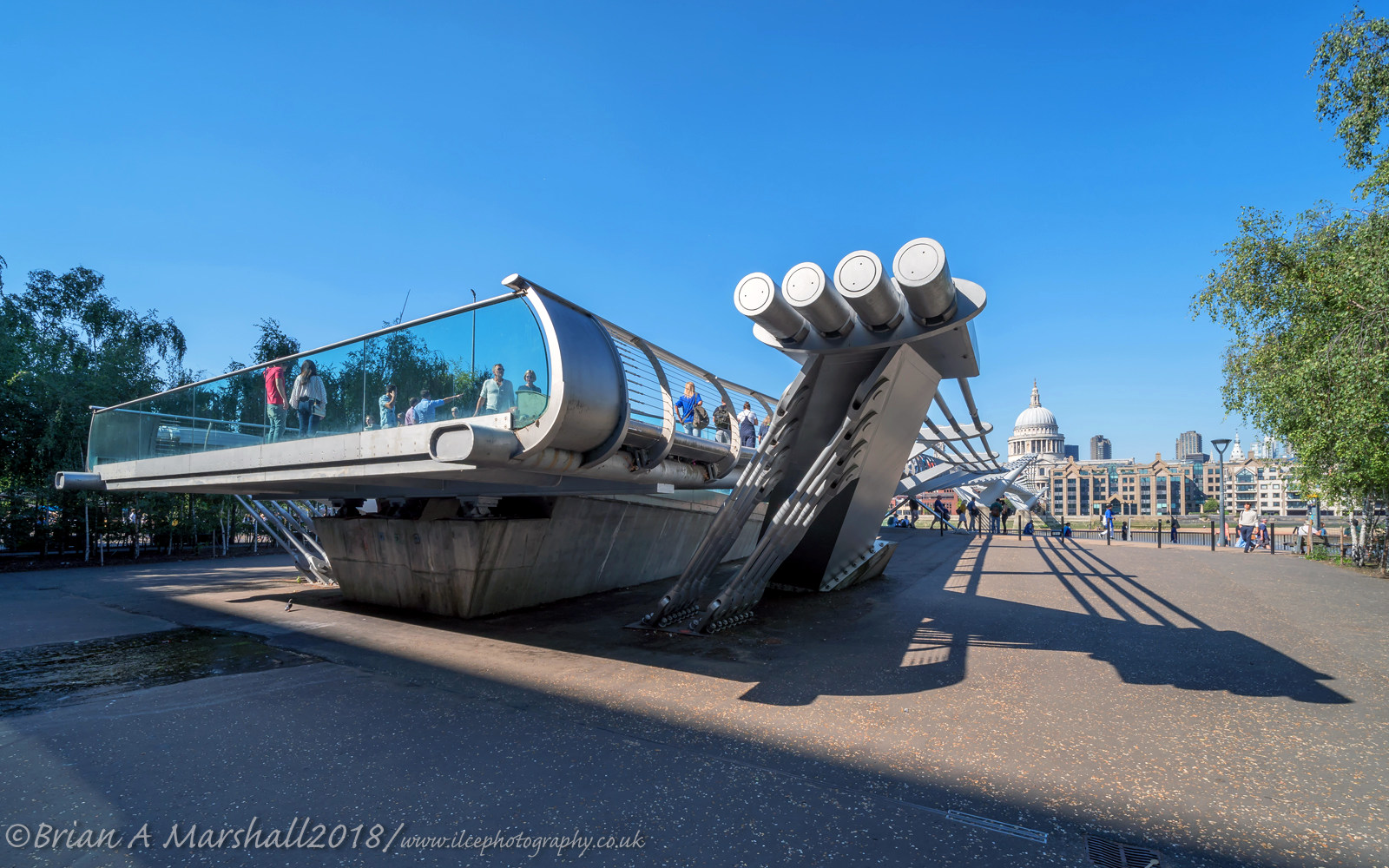 The slowly disappearing under scaffolding and plastic sheeting, Palace of Westminster. 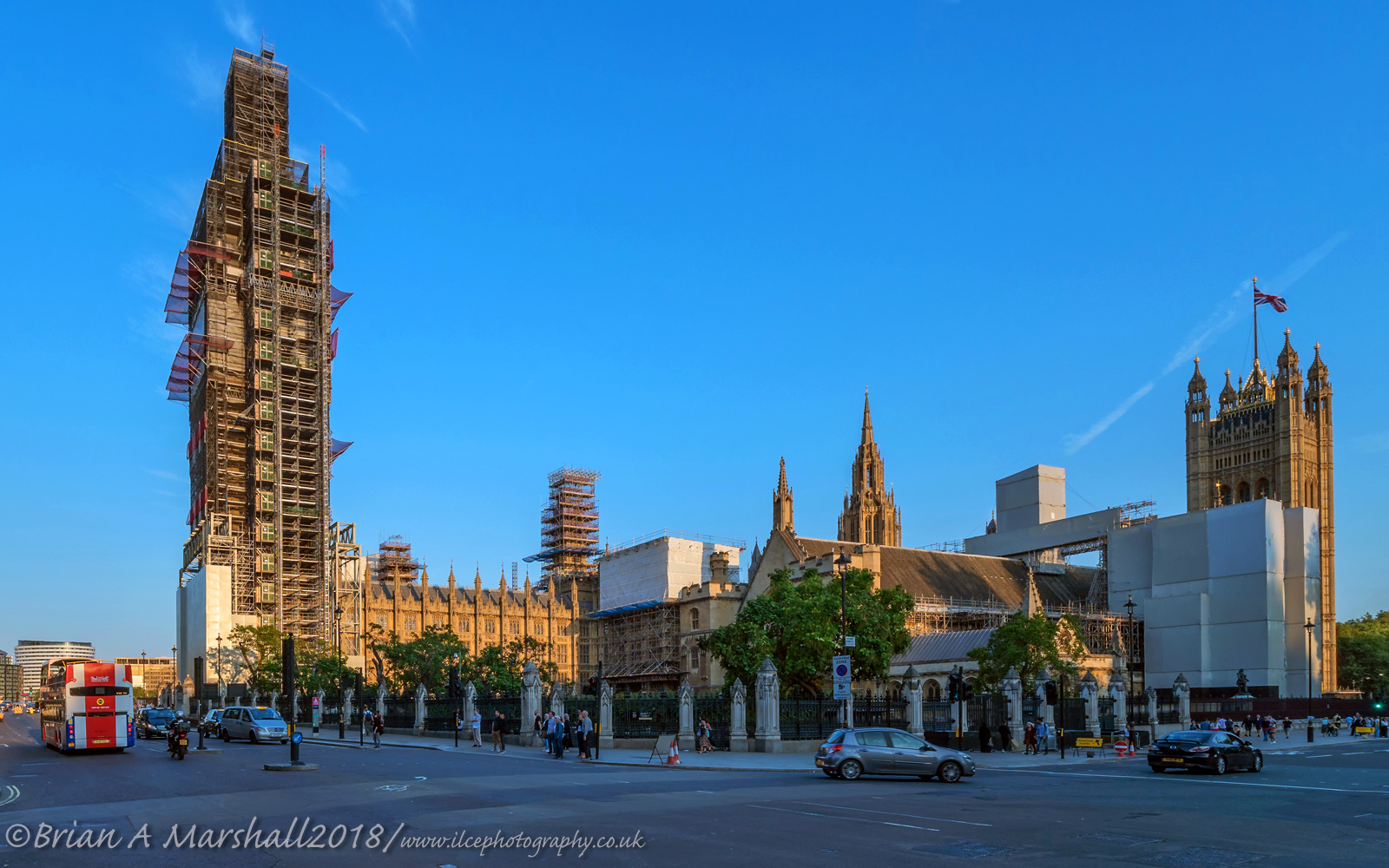 Entrance to the Churchill War Rooms under HM Treasury on Horse Guards Road. 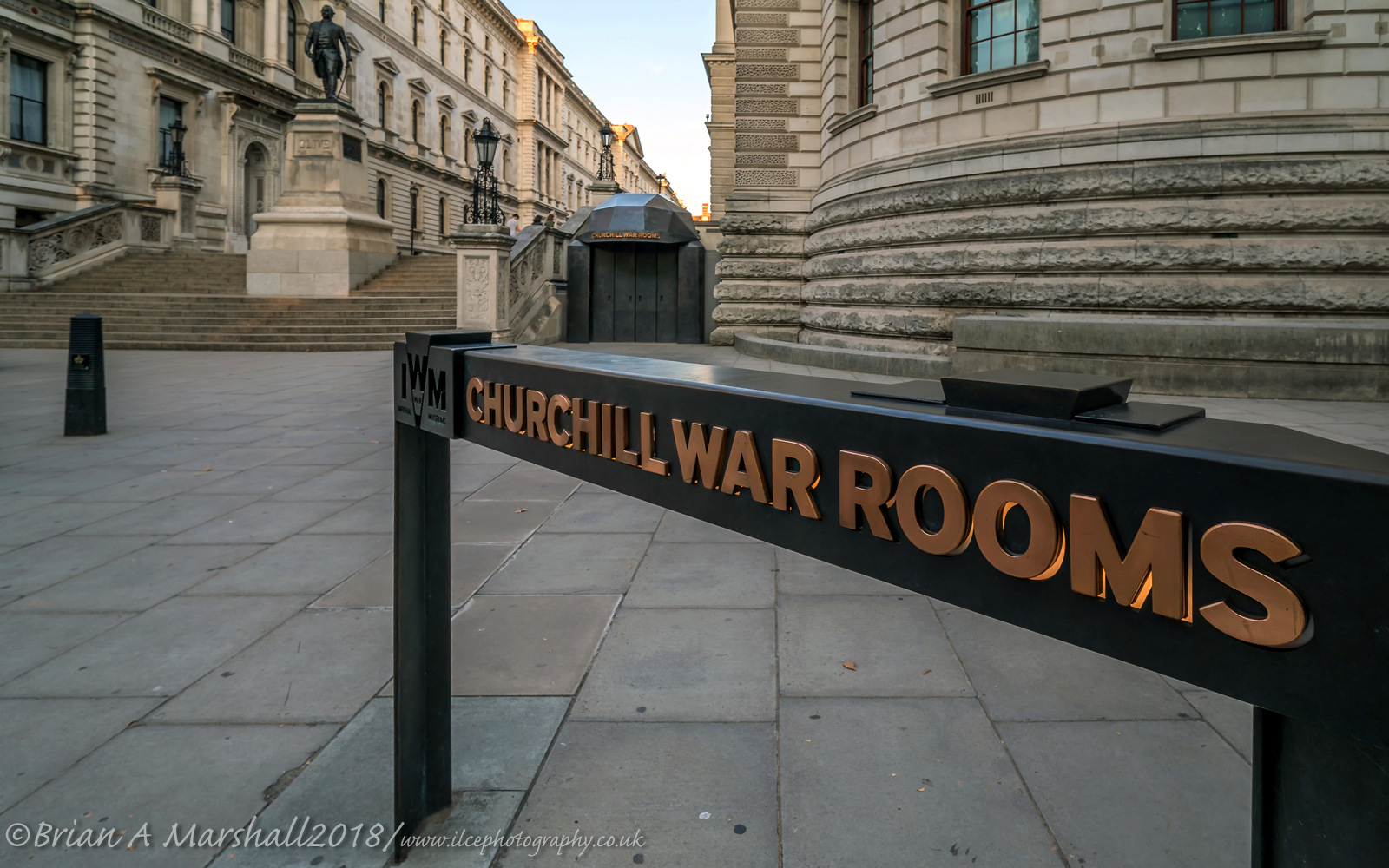 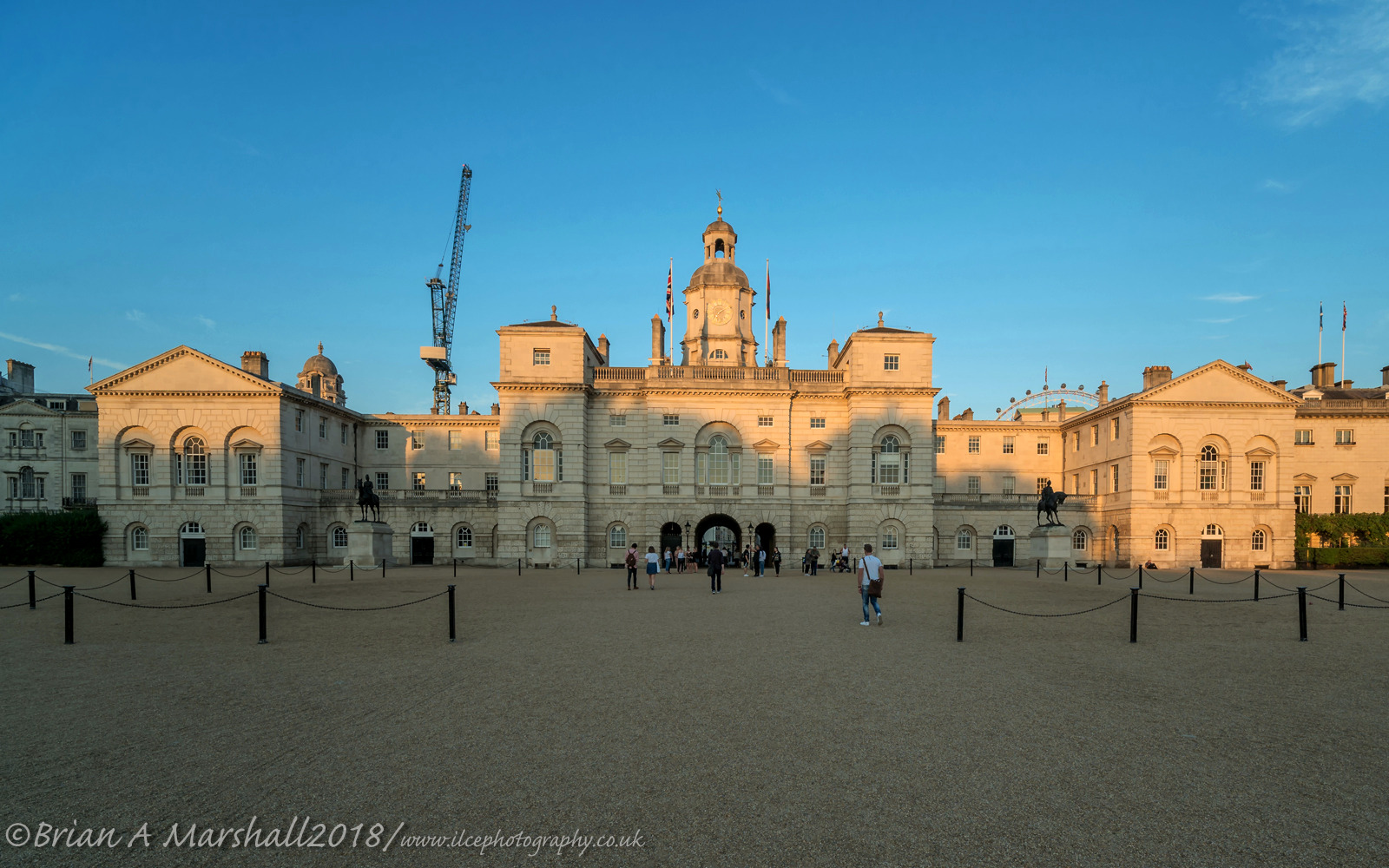 The new Piccadilly Lights advertising screen was officially switched on in October 2017 and replaced the old individual screens with one large state-of-the-art LED screen. 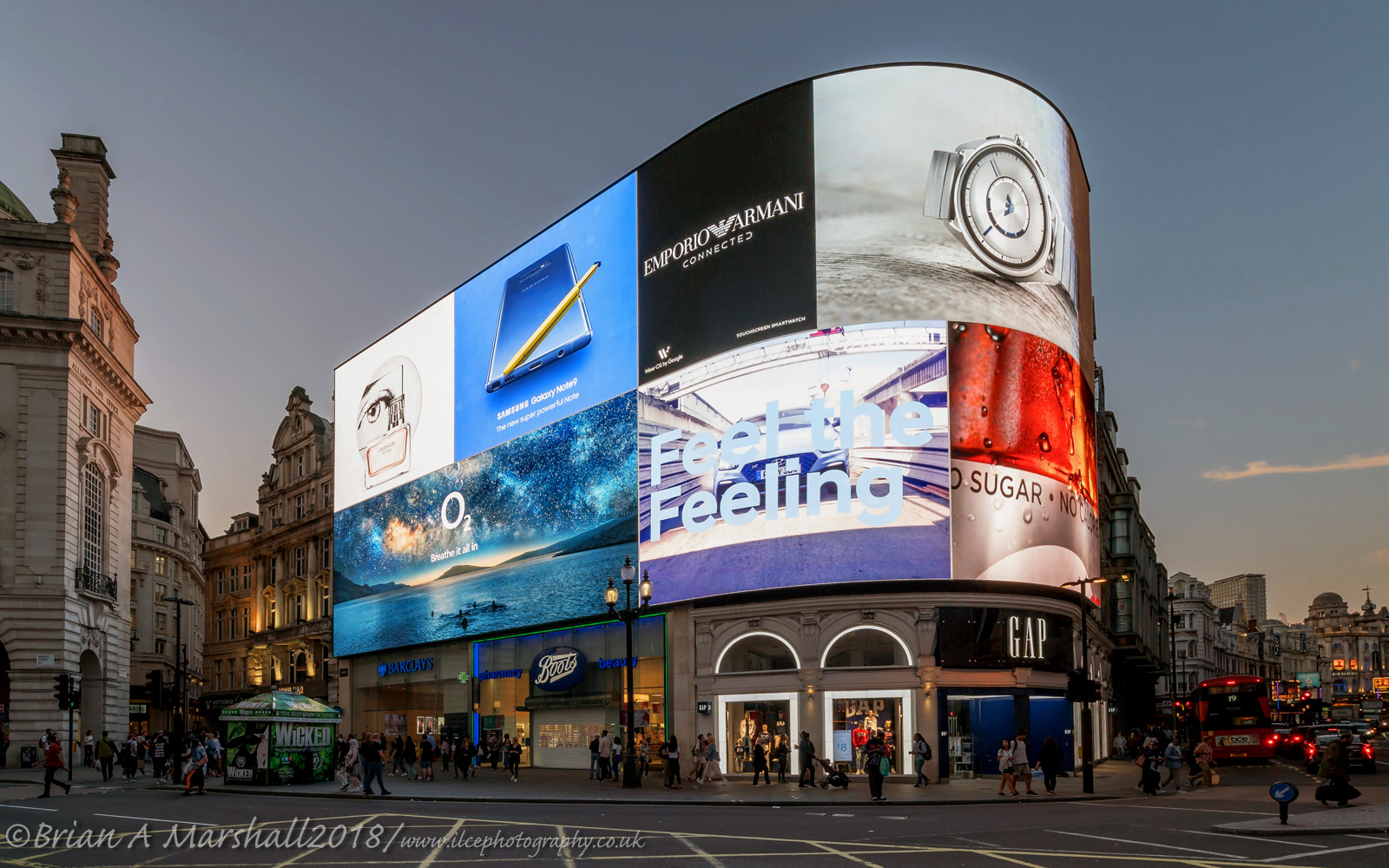 Just need to try the lens on a night shoot now.

Stunning images, as ever, Brian. Thanks for sharing them with us.