I wasn’t intending doing the London Christmas Lights this year as they are basically the same as last year and the year before and ...etc., etc.. As I’m spending this weekend in Dundee, night shooting around the new V&A Museum/RRS Discovery and whatever else I can find up there, I thought it best to try out my Sony RX1R II (42MP/full frame) point & shoot on a hand held night shoot last weekend as I’m taking it north of the border with me and need some practice in the dark with it before I get up there.

Oxford Street were going to have new Christmas lights this year to celebrate the opening of the new Tottenham Court Road CrossRail Link station but as that’s been postponed till next year, they have gone with the snowball lights, again. 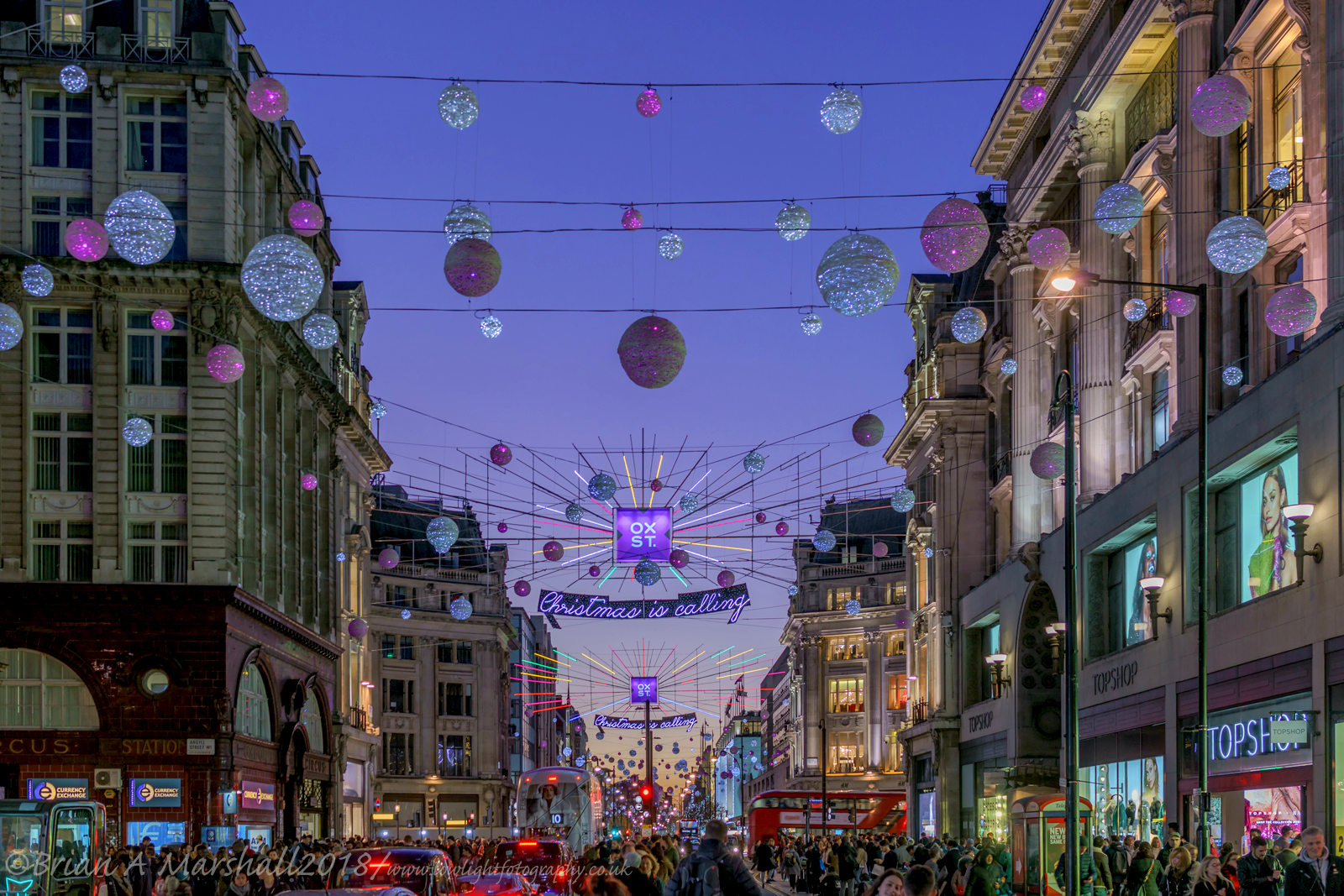 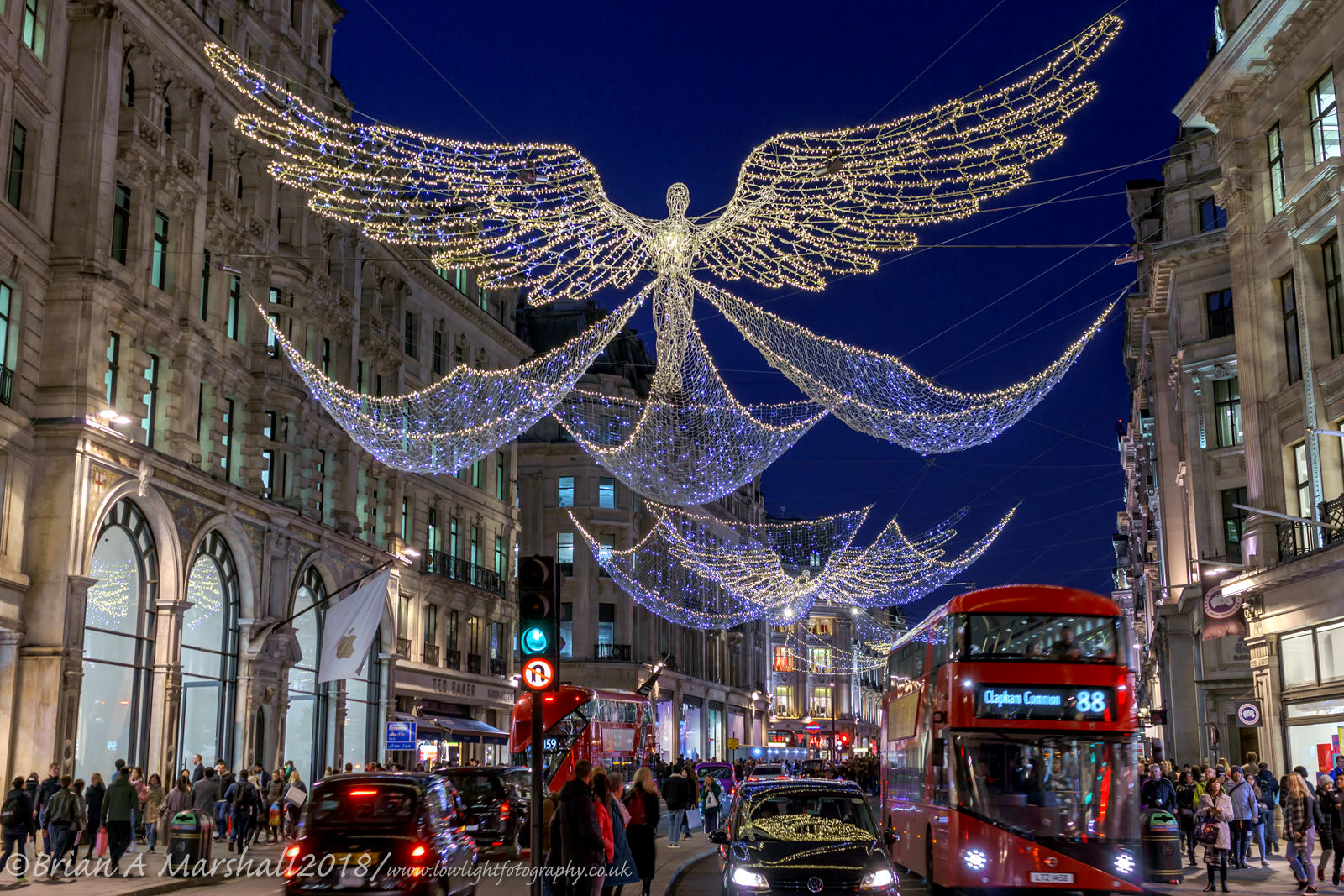 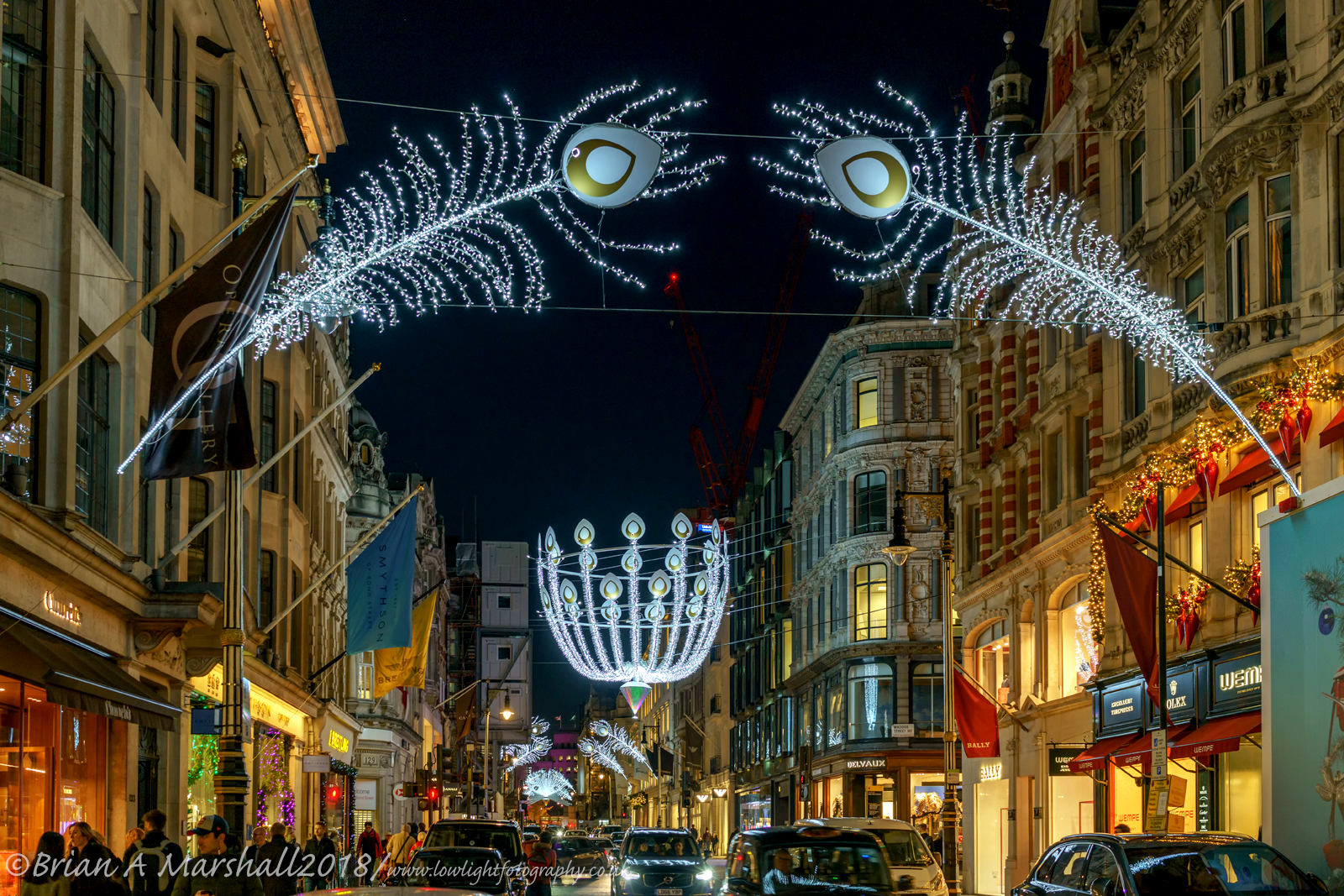 You can guarantee that Carnaby Street will have something different each year and the theme they have chosen for this year is Queen/Bohemian Rhapsody to tie in with the film release. I believe the surviving members of Queen switched the lights on here. 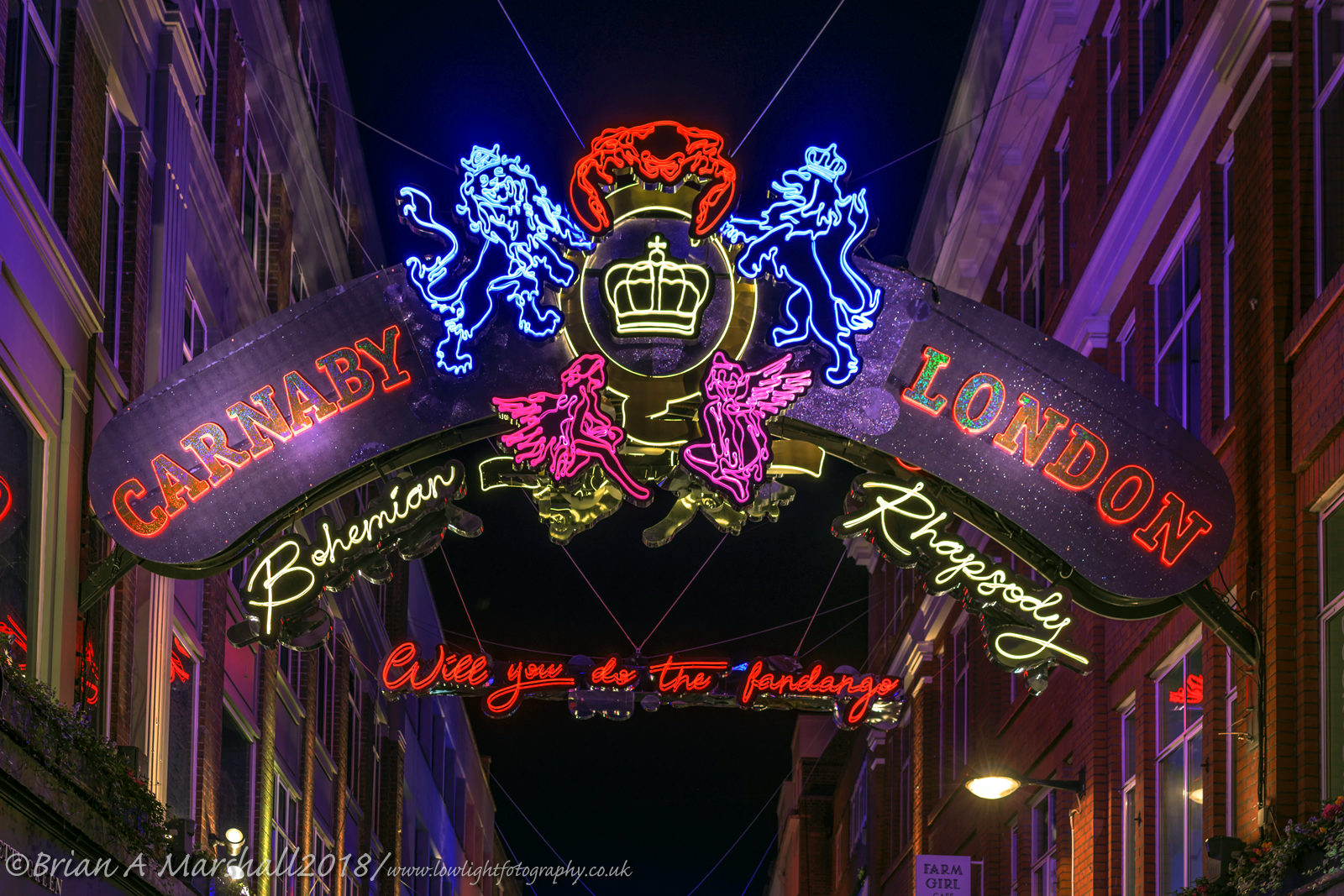 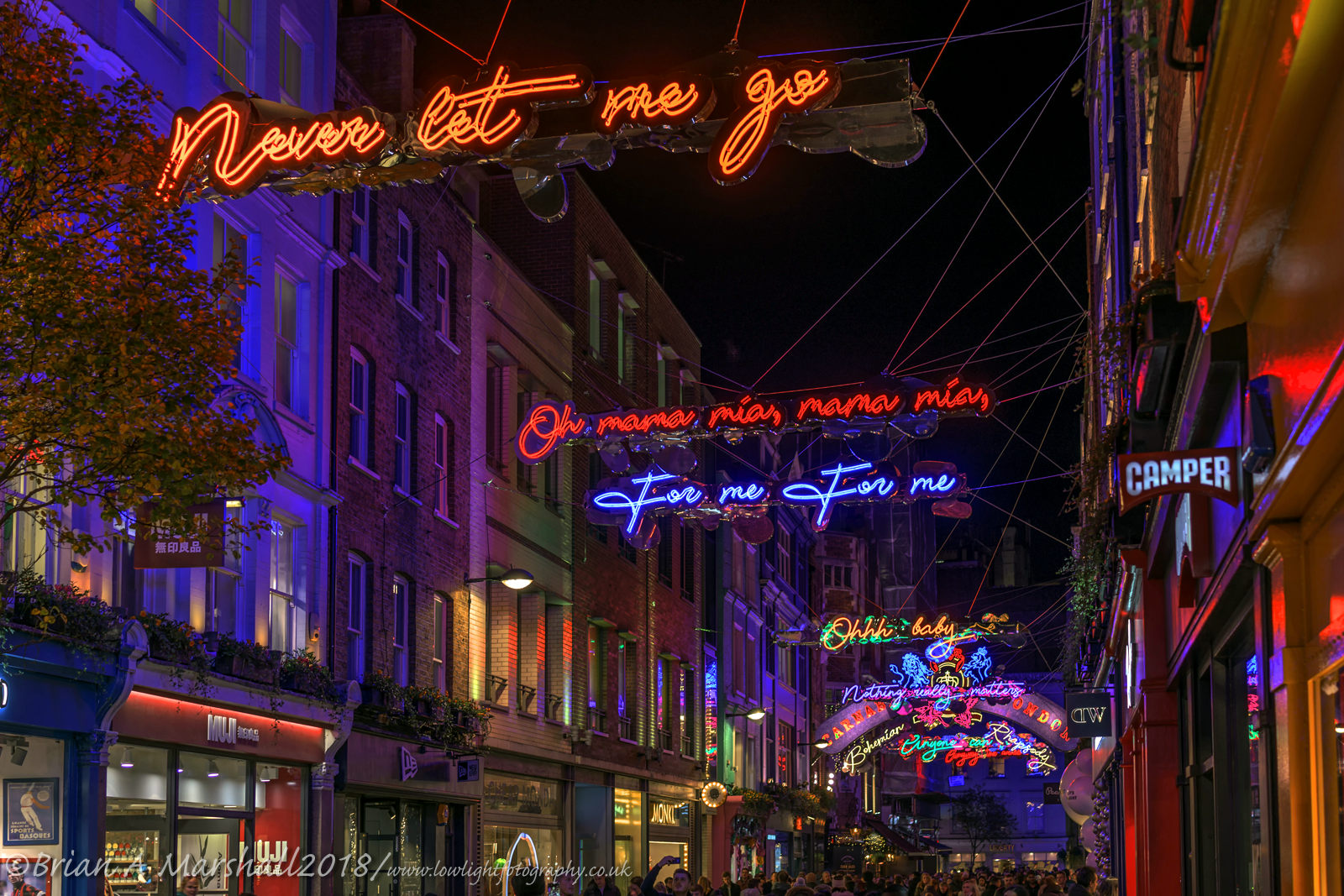 The Strand have added a bit of colour to their lights this year. 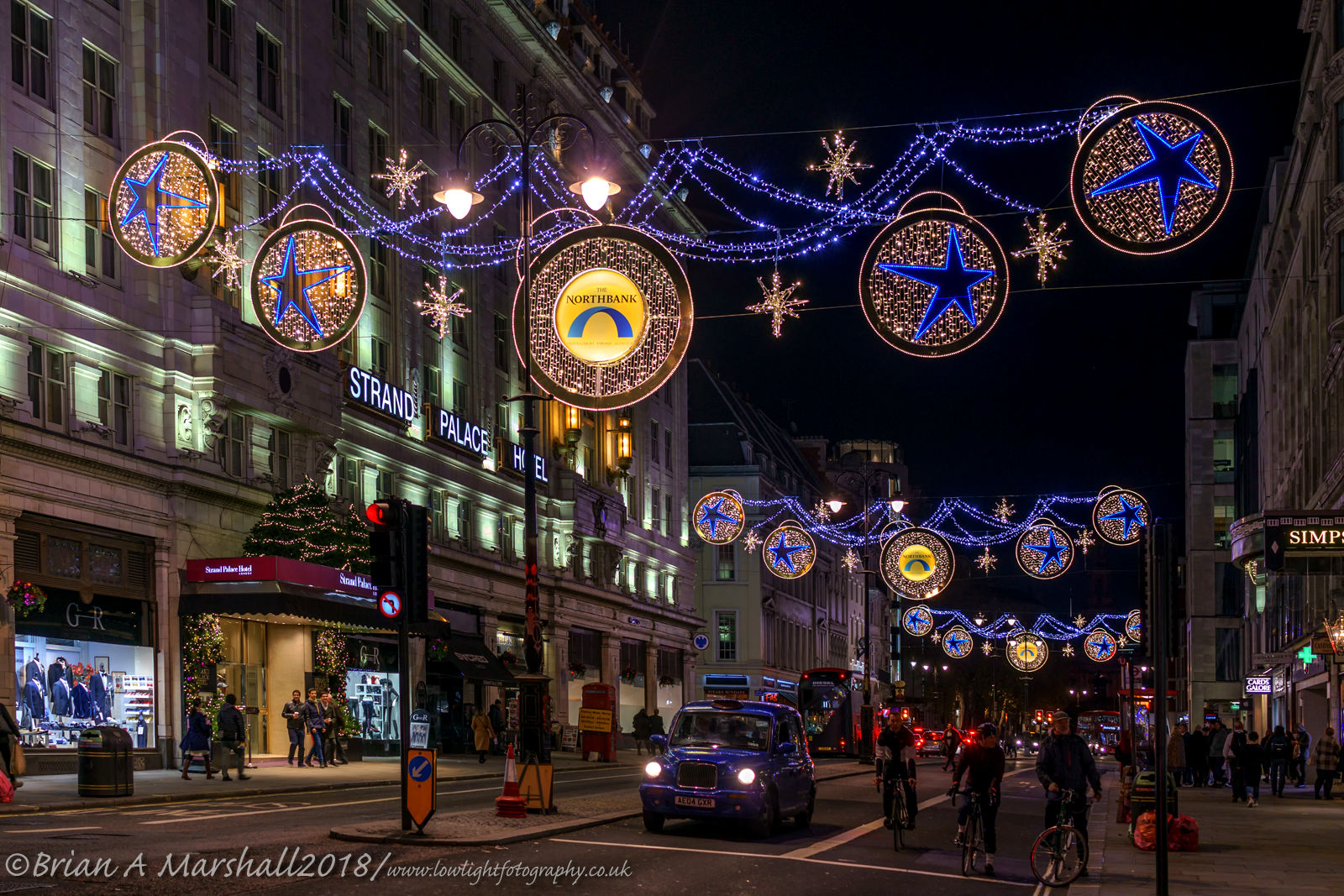 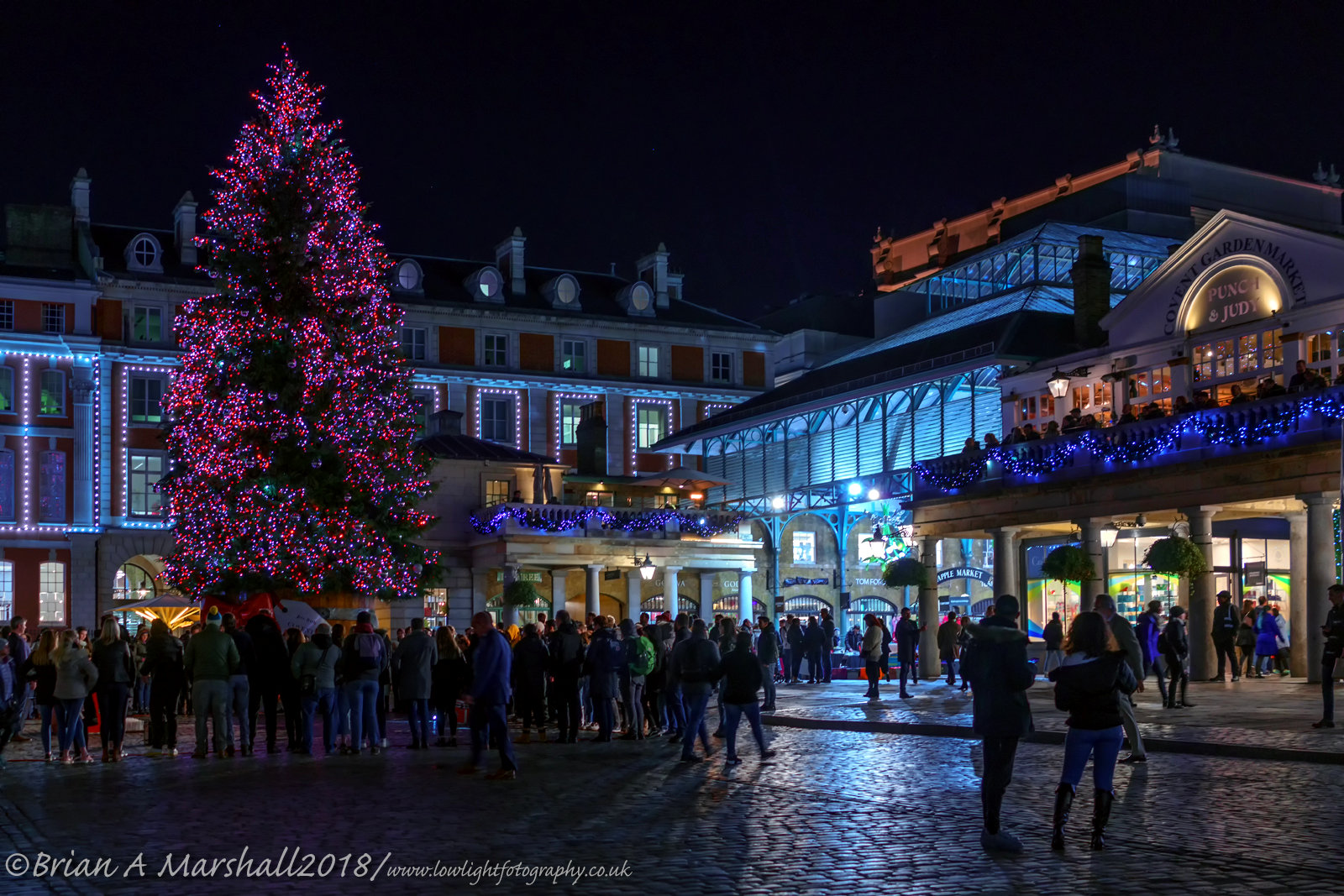 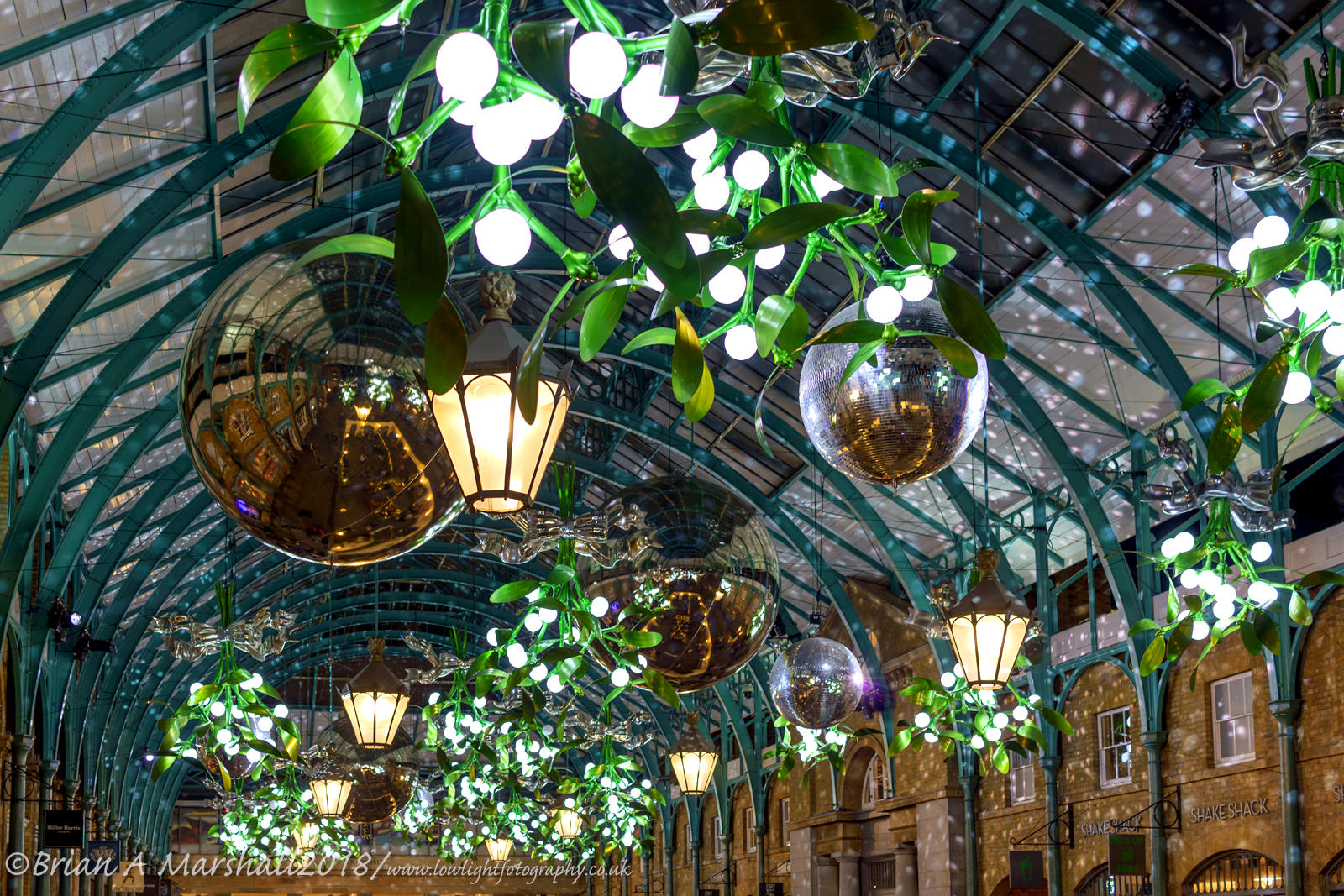 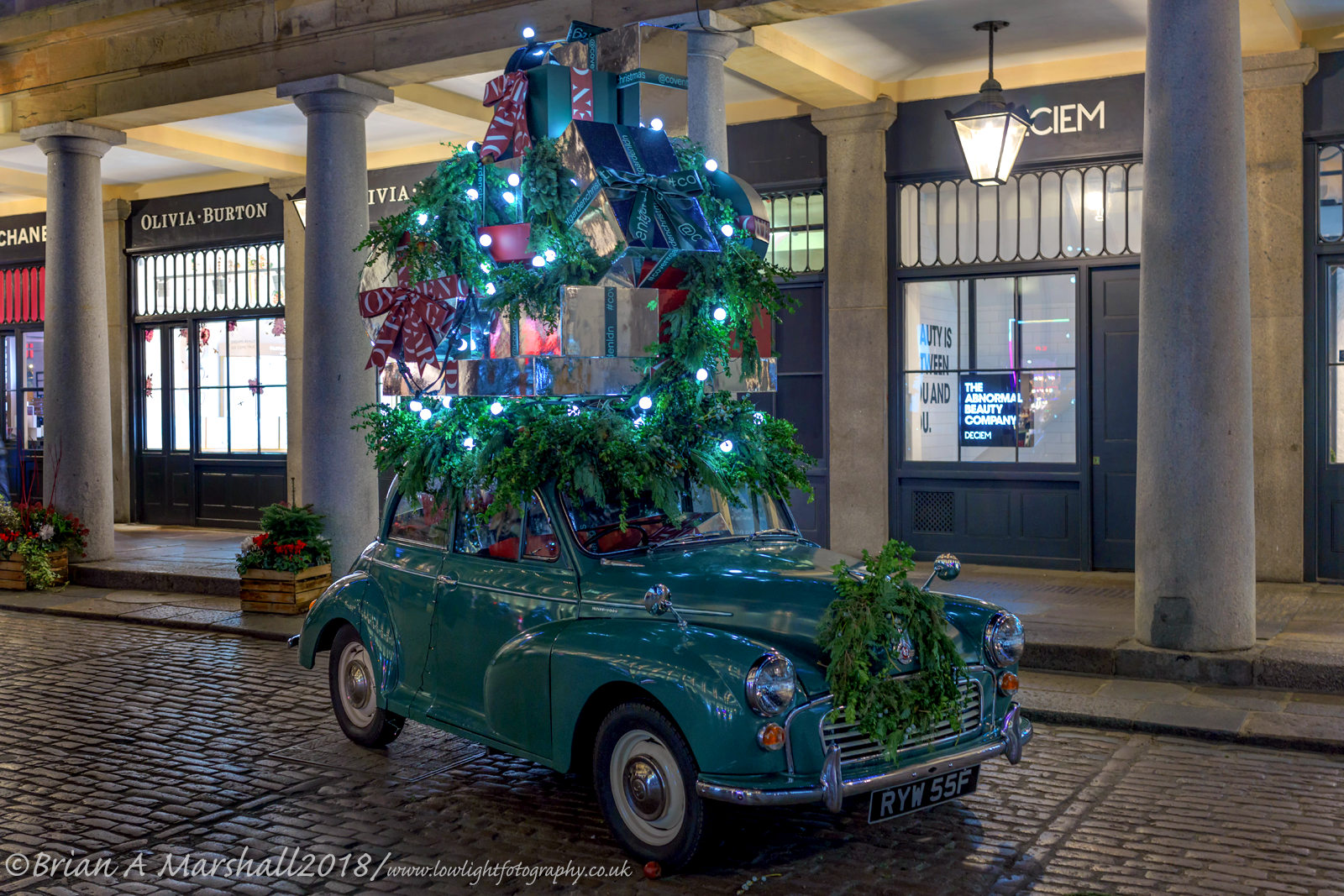 Seven Dials, Covent Garden, have gone for a snowflake theme this year. 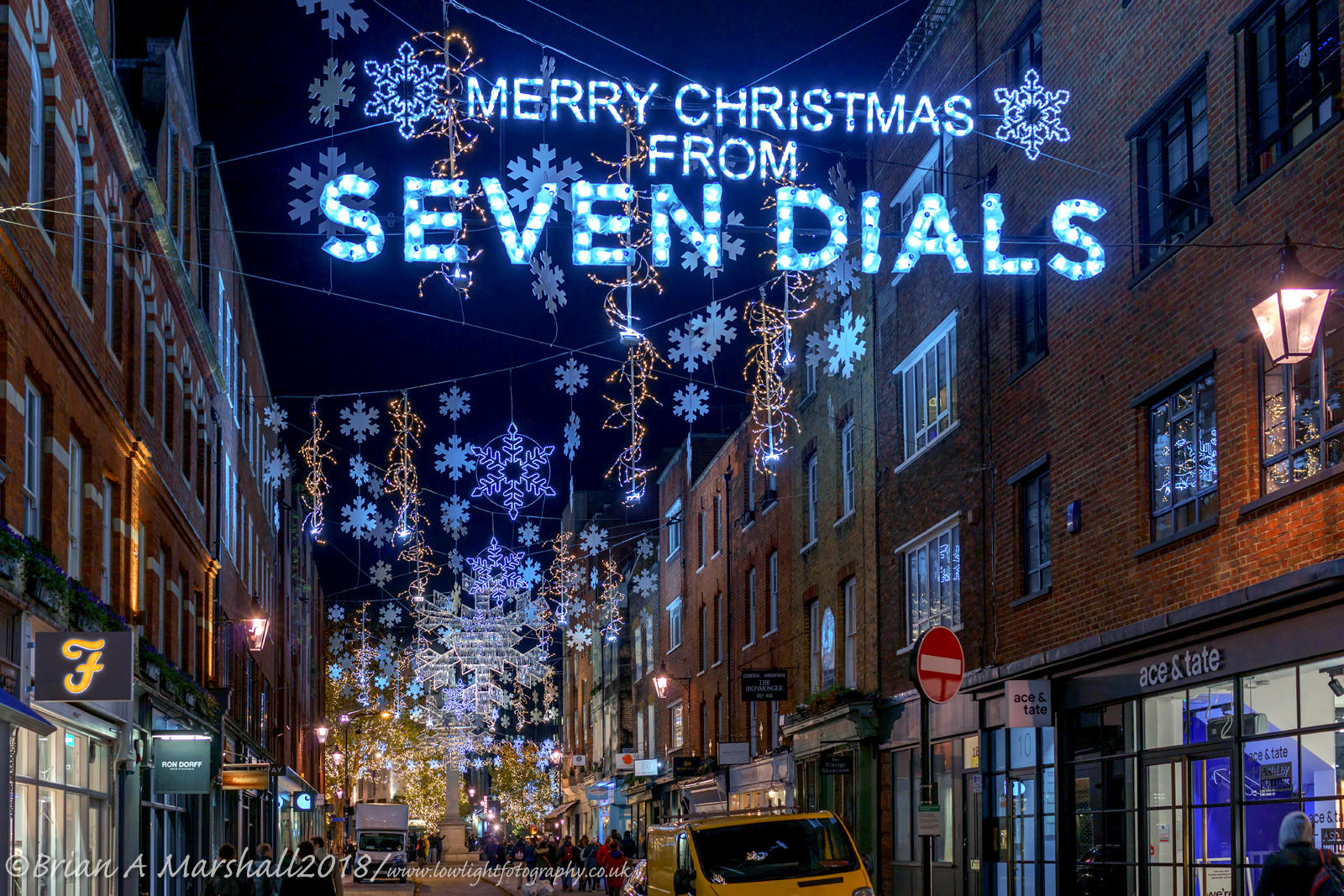 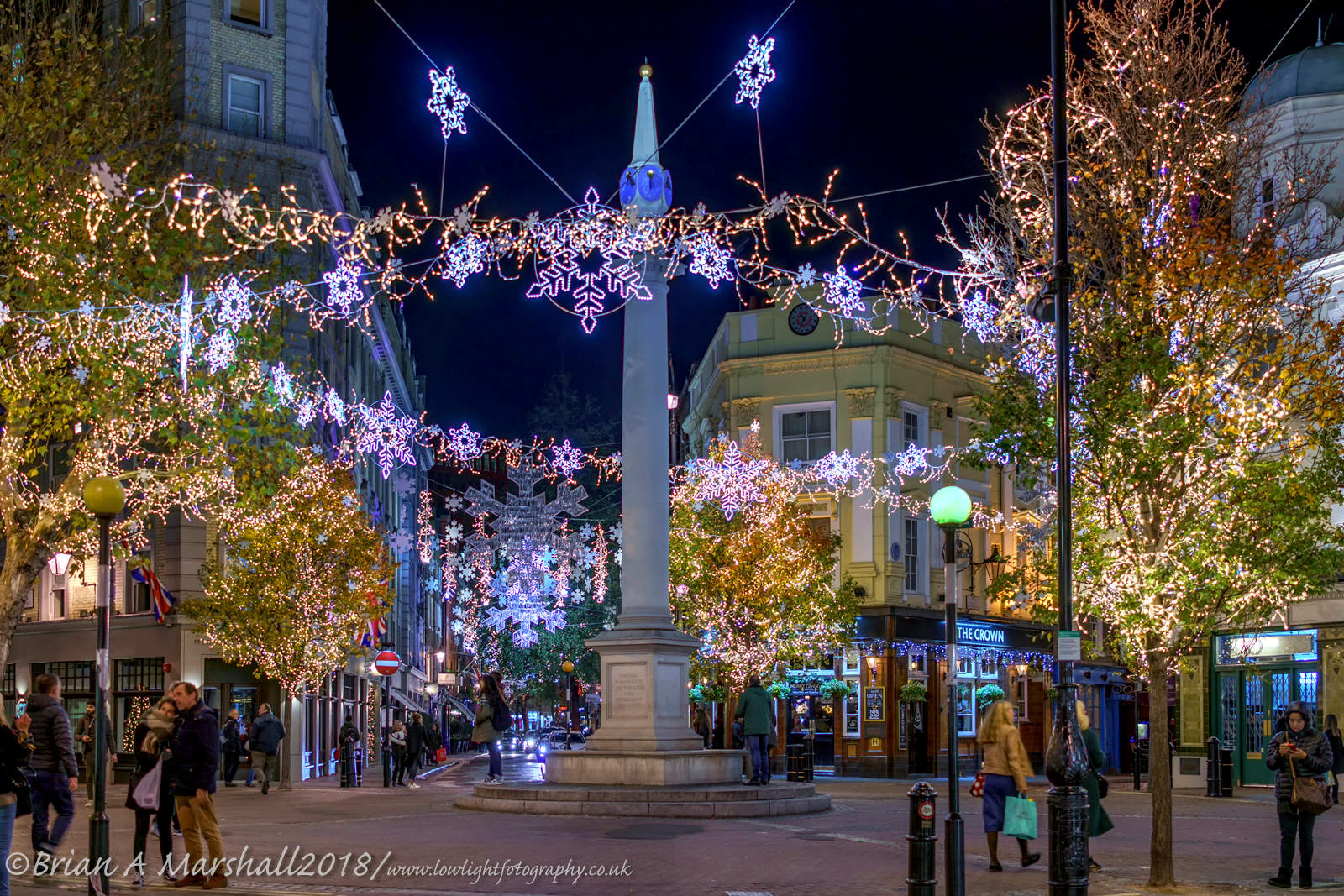 Not exactly a Christmas decoration but as I was in the area, a gratuitos touristy shot of the Palace Theatre, Shaftesbury Avenue. 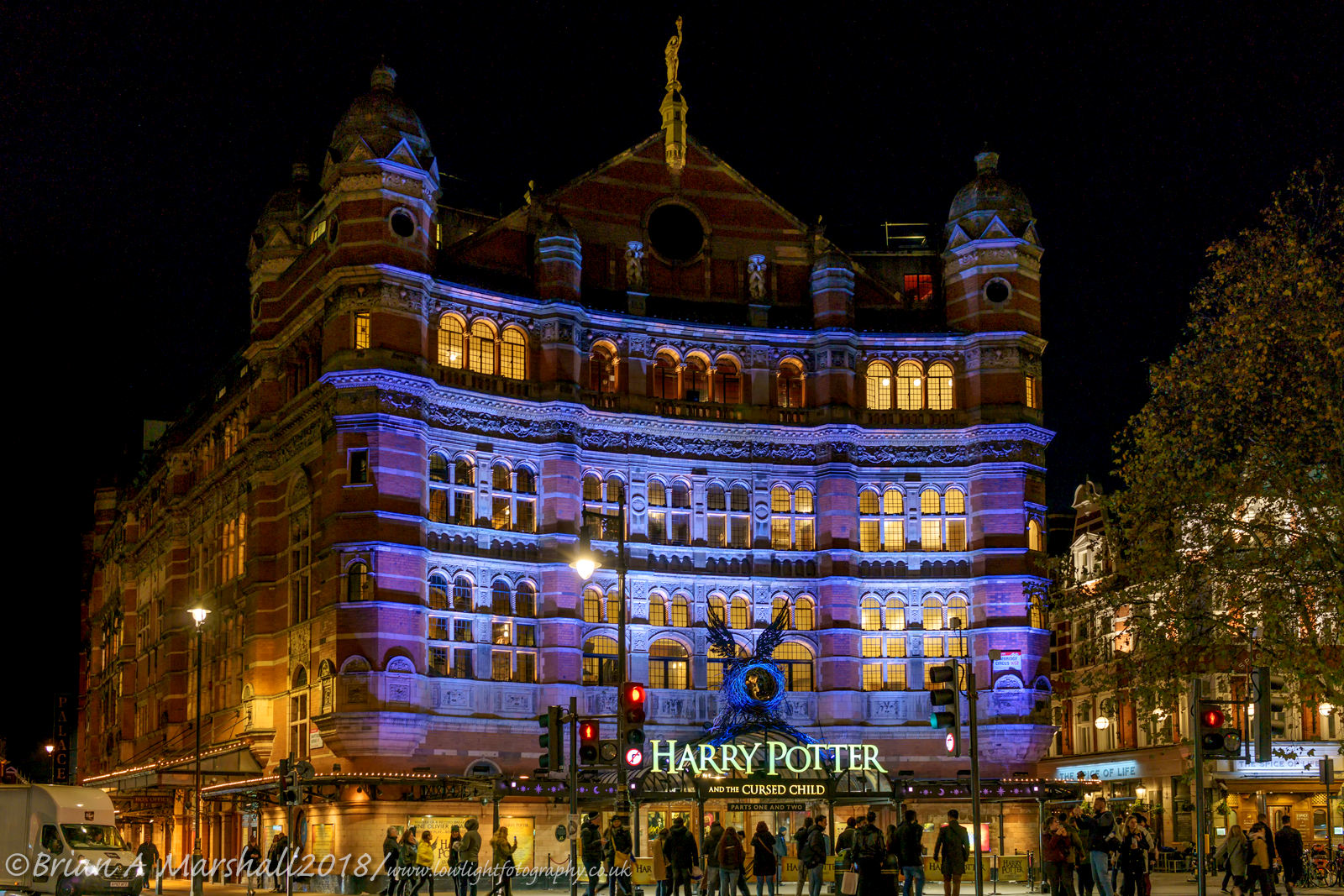 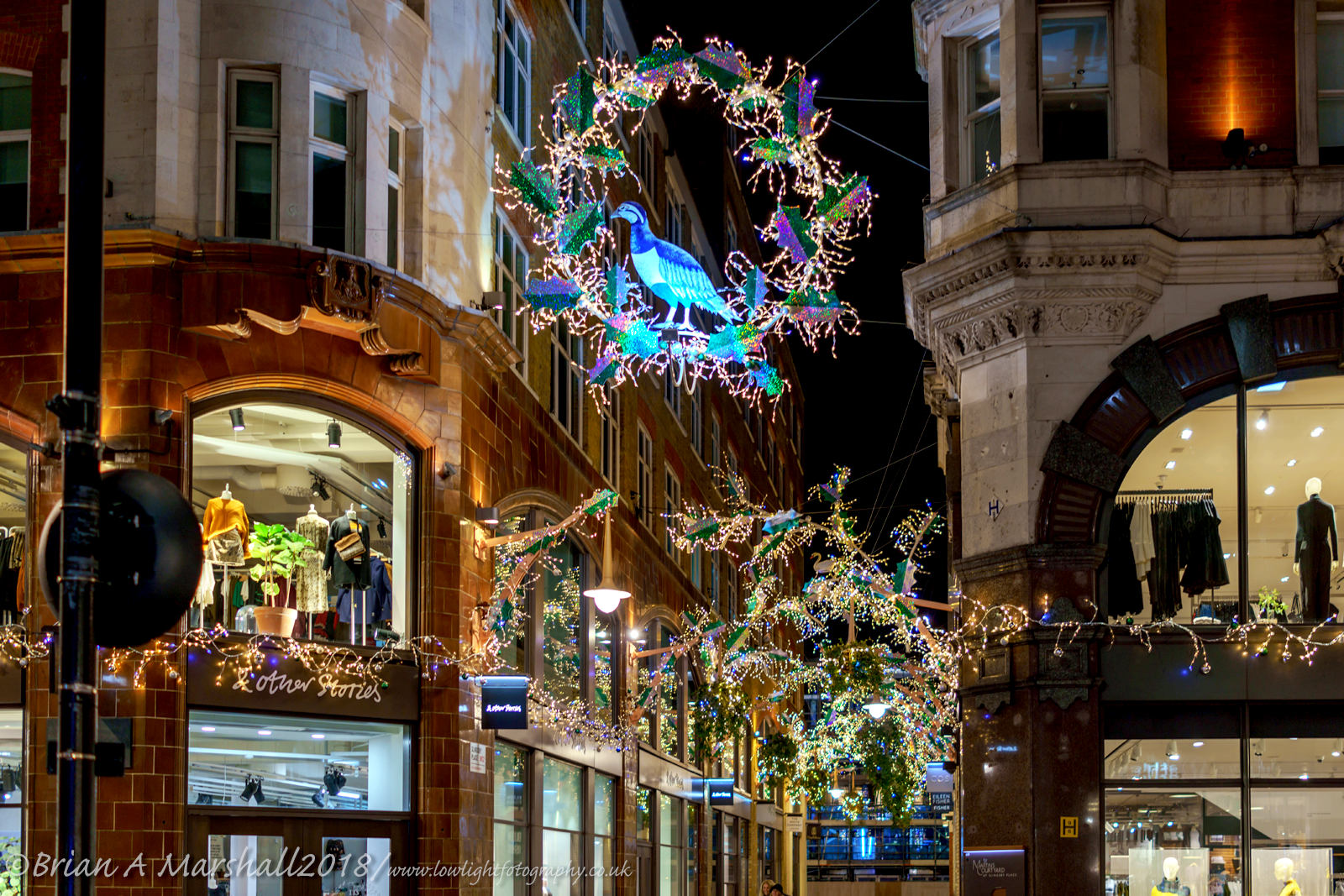 Directly opposite Slingsby Place is Conduit Court which this year has been given a makeover with a light installation called ‘Infinity Chamber’........ 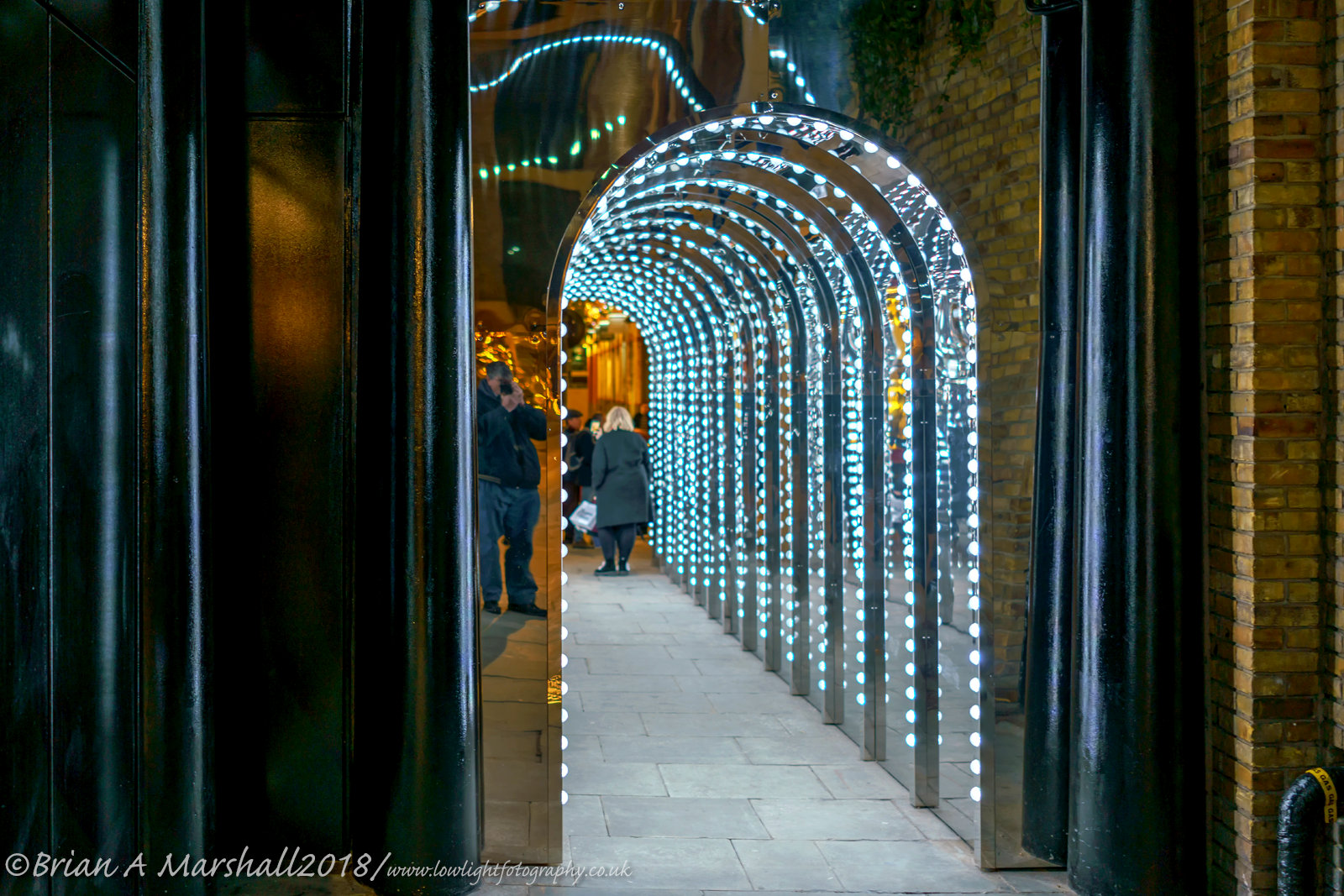 …..which takes you into Floral Court, which has shops and restaurants in it, and a load of potted Christmas trees covered in LED/fairy lights. 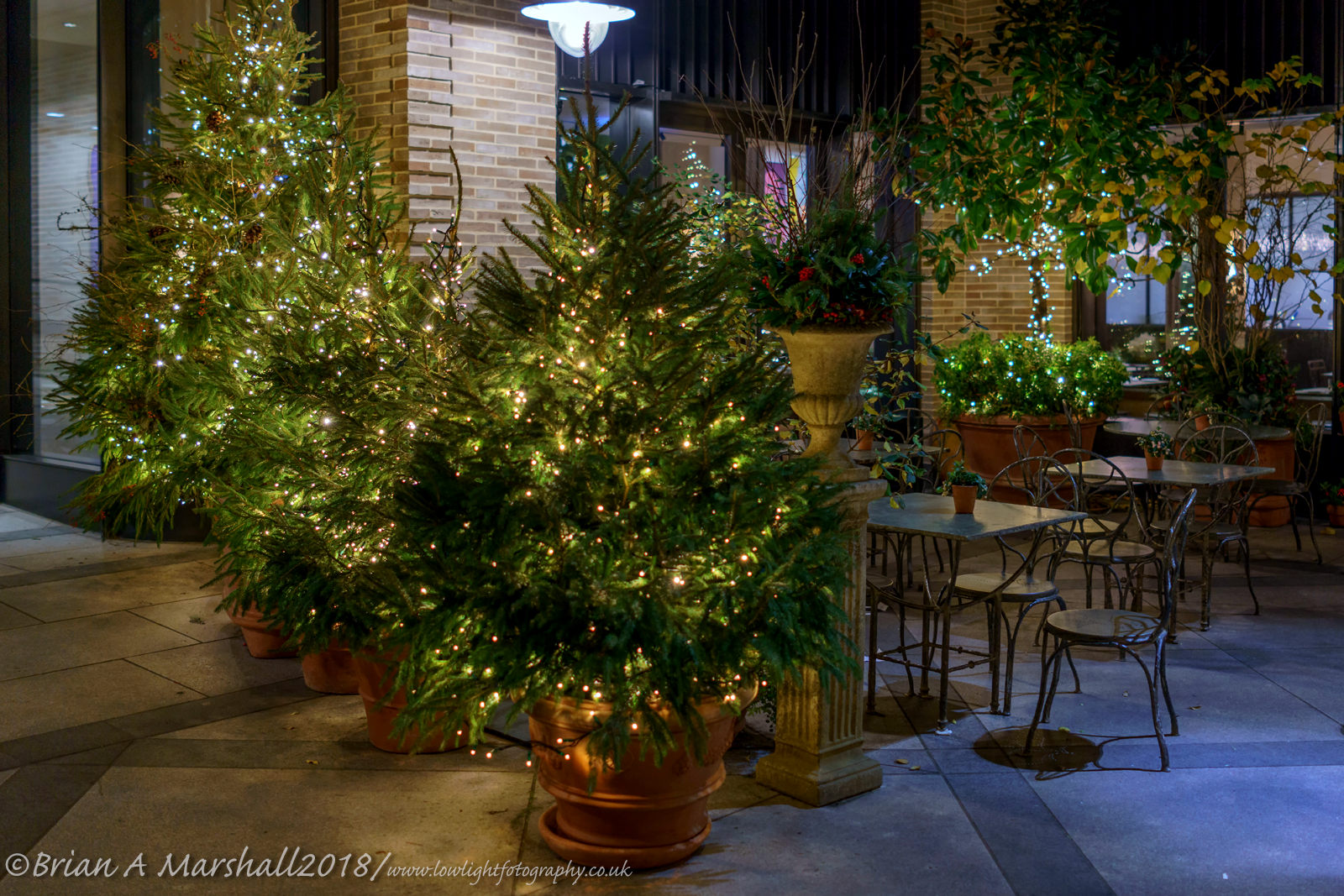