What Book Are You Reading?

Hi All, Just spent a few days in hospital having a stent fitted, while held inside I read J.B.Priestly's short biographical book (Postscripts ). I did enjoy this quick read as it was his personal experience and comment of the beginning of WW2, basically a written account of his radio broadcast that he had done. On the whole though very readable and a little incite to those early days of the war from one of literatures greats. The second book I started that I am continuing is a 2011 Wilbur Smith novel called (Those In Peril) a bit racy but still that is his style mixed with good descriptive action scenes. '' Those in Peril is a book by the author Wilbur Smith. The book focuses on the lives of billionaire Hazel Bannock, who is the owner of the Bannock Oil Corp and Major Hector Cross, an ex-SAS operative and the owner of a security company Cross Bow Security.'' Geoff.

Just finished Sidney Sheldon's book, 'Master of the Game' which has encouraged me to order more of his works as they seem to be in my vein. Sorry, no aeronautical connections yet!

Tarzan of the Apes, Edgar Rice Burroughs, about halfway through. 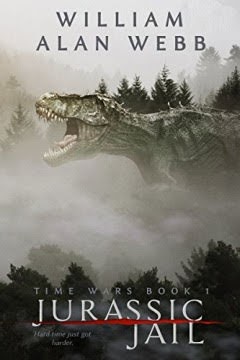 Jurassic Jail  from the fertile imagination William Alan Webb, who has authored a couple of fantasy and Fictiion book series as well as a couple of historic books on WWII.

Future America is dangerous and bankrupt. The interstate highways are littered with the rusted hulks of ambushed cars and trucks, and only Mad Max would dare travel the back roads.
When an arms race with Russia and China to develop time travel for military purposes achieves success, the body count skyrockets as both patriot and enemy try to hijack the new technology. Like the Manhattan Project and Operation Overtime before it, such a project attracts the best and the brightest as well as the worst and the psychotic.

But not everyone has given up on the rule of law. In Tennessee, Fayette County D.A. Pete Dance wants to prosecute the murder of a man whose fossilized remains turn up after a series of devastating earthquakes. The problem is that the victim is still alive.

When the violence starts, it doesn’t stop until the final whirlwind of teeth and claws and lasers.
described by one critic as “…Spectre agents chasing Fast and Furious through Jurassic World,” while another reviewer added “…with a heavy dose of Harry Bosch for good measure.”

Just started SOLO by William Boyd first ever reading of a James Bond novel and at that by another bond author other than Ian Fleming.

Solo is a James Bond continuation novel written by William Boyd. It was published in the UK by Jonathan Cape on 26 September 2013 in hardback, e-book and audio editions, and in the US by HarperCollins on 8 October 2013.

The plot centres on Bond's mission to the civil war in the fictional country of Zanzarin—a thinly veiled version of Biafra during the Nigerian Civil War—where he meets the local MI6 contact, Efua Blessing Ogilvy-Grant, and a Rhodesian mercenary, Kobus Breed. After being shot by Ogilvy-Grant, Bond tracks both people to Washington on a revenge mission, finally establishing that Breed is trafficking heroin into the US. 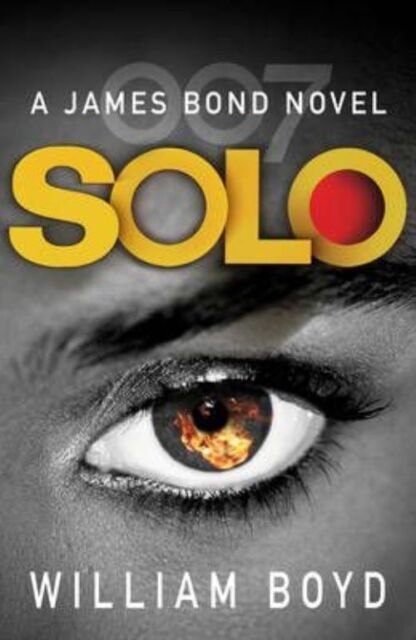 EDIT:  I really enjoyed my first Bond read so now I'll have to get all Ian Flemings and Williams books....😎

Probably already has already been suggested. Skyfaring: A Journey with a Pilot by Mark Vanhoenacker is good, Six chapters in with Bible Code 2 by Michael Drosnin, must say even if you aren't religious it is a good read.   It is quite fascinating how certain events have been uncovered within recent history that are foretold through the bible using as back up sources and proof of theory other biblical books using the same code.

Also consulting various professionals in a variety of fields including the Dr who discovered a possible link many moons ago, all to aid this non believing journalist (Author) to take up what can only be a quest/challenge that would do Indiana Jones proud.

As the title suggests there is the BC 1 that was also a good read , so I just need to buy the BC3 for the next instalment. 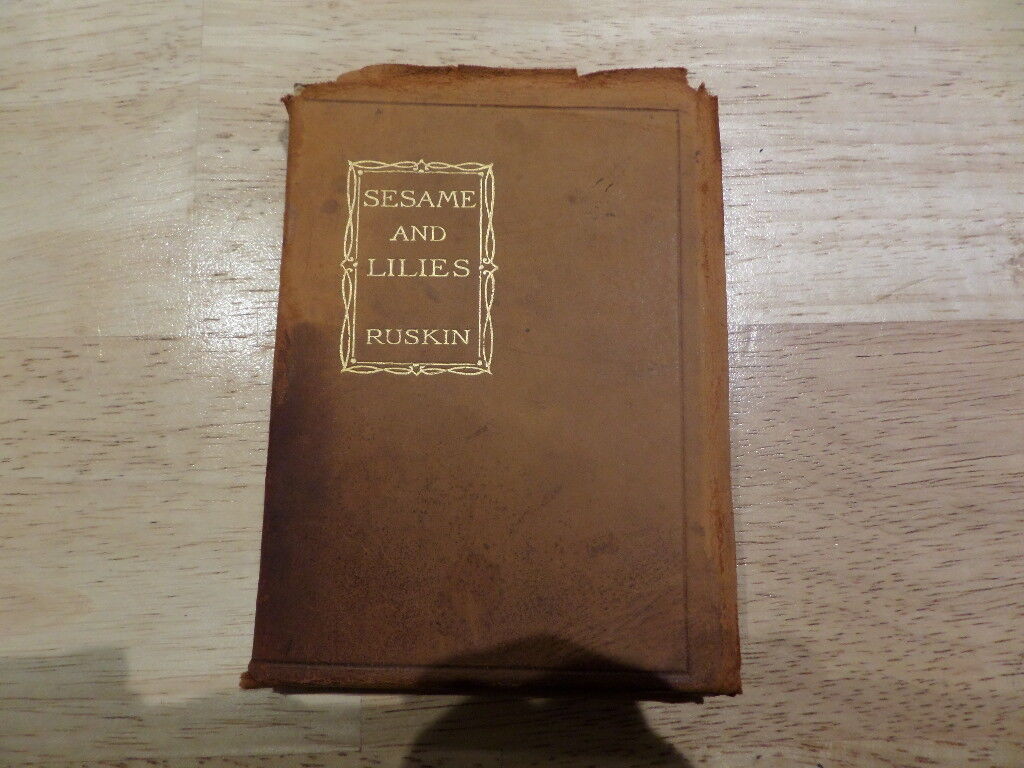 Just about to start Sesame And Lilies by John Ruskin (1871 - Roughly).

First published in 1865, stands as a classic 19th-century statement on the natures and duties of men and women. Although widely popular in its time, the work in its entirety has been out of print since the early 20th century.

Will be interesting to comparing life from the 19th century as apposed to todays 21st century.....👀

TPTWM (2002)  I loved this series with the great George Cole plus Dennis Waterman,Glynn Edwards and a host of other known walk-on's.  Definitely went downhill after DW left the show as the chemistry between George Cole and Gary Webster (1991–1994)/Shane Richie and Lex Shrapnel (2009) although watchable it was never the same sadly.

Still all in all a classic comedy/Drama all the same.

EDIT: A quick read as it contains roughly 71 pages regarding the series and make up of it including comments from the main stars.  The remainder is all material that you would use in your own research i.e.:- Bibliography,Lists of the Stars/Directors/Characters/Episode synopsis etc.etc. 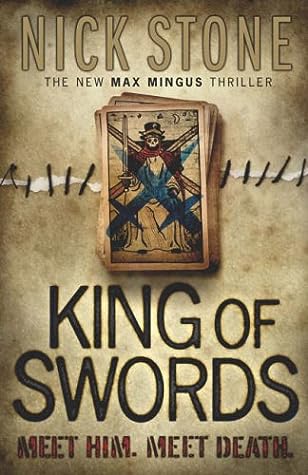 Just starting King Of Swords by Nick Stone 2009.  A big crime novel. . . . Stone has a grand story to tell, and he does it with panache. It’s the story of a city and an era (the Reagan reference isn’t gratuitous), at once hilarious and tragic. It’s a story filled with characters that range from honorable to morally ambiguous to frighteningly evil. It’s filled with voodoo rituals, crooked cops, street life, and wrenching descriptions.

Never really read any crime novels so why not start as the Google description says Big - 559 pages...….👀 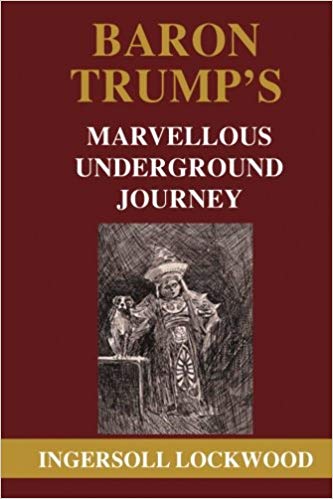 About to start two quick reads by the Ingersoll Lockwood the 1st is 1900 or The Last President the 2nd is Baron Trumps Marvelous Underground Journey.

Yes I know a bit controversial reading but I am into these books that appear to foretell current events Nostradamus and the like.

1900 - This little booklet was penned at the end of the 19th century, and ostensibly involves events mere years later. A work of political satire, it chastises the rise of socialism and populism, inferring their fictional rise here as disastrous and leading to chaos. It is of note here that this work, along with others by Lockwood, appear to prognosticate the current political climate of the United States and West at large- and for an apparent religious Catholic of his era, it is not altogether impossible that Lockwood- wittingly or unwittingly- tapped into some mystic forces. Regardless, it is an interesting little political story from its time and is reflective of some of the social ideologies and movements of the age.

BTMUJ - The Baron Trump novels are two children's novels written in 1889 and 1893 by the American author and lawyer Ingersoll Lockwood. They remained obscure until 2017, when they received media attention for perceived similarities between their protagonist and U.S. President Donald Trump.

EDIT: (1900) - Some interesting parallels/coincidences with todays political climate since Mr Trumps election.  (MTMUJ) - Other than Mr Trumps son also being named Baron nothing. One chapter into another Prophecies book  (1917 Edition by A.Lang),  this may be of particular interest to our friends north of the border.   I would be interested if anybody can confirm or deny some of the prophecies since the book was written,  apparently some have come to pass after the prophesised dates according to the books author.

The Brahan Seer worked for Kenneth Mackenzie, 3rd Earl of Seaforth. As with Nostradamus, who wrote in Provençal, most of his prophecies are best known in translation, which can in itself be deceptive. However, there are no contemporary manuscripts or accounts of his predictions, so it is impossible to verify them.

EDIT:- While this book of prophecies does not elude to Mr Trump directly (Ref below passage) it does however mention a certain Donald son of Donald, son of Donald also is it a coincidence of Mr Trumps  mother  (Mary Anne MacLeod-Trump) being left handed ?  it seems these would be indicators of another of the seer's prophecies bearing fruit.

I would be more inclined though to think that the prophecy relates to a rather tragic incident just weeks after the end of WW1 and  that is the sinking of the HMY  Lolaire 01/01/1919.  The vessel was returning  young men who had fought in the war, (over 1000 from the island perished during the conflict)  Ref links below.

There are a couple of coincidences with a certain Mr John Macleod and a Mr Donald Morrison , who both survived indeed Mr Mcleod acting the hero of the hour.  Although the location is different (Further up the coast line)  to what is in the above prophecy I cannot help but wonder if this was the true meaning ? if so it is yet another prophecy of The Brahan Seer that has come true.

Three chapters into I Am The Secret Footballer (2012) by ???? & The Guardian newspaper. About to start The Tango Briefing (1973) by Adam Hall, one of his Quiller spy novels that spawned a 70's UK Tv series and a film starring George Segal and Alec Guinness.

It was just a medium twin-prop transport plane and all it had done was to crash in the desert, its crew picked by vultures, its nightmare cargo a trap for any who goes near . The nearest anyone had dared go was with a high altitude camera at sixty-five thousand feet, so Quiller wanted to go to it ... Thus begins another Quiller story in Adam Hall's terrific style.