Would it be fair to say that, conceptually speaking, the Liberator-Liner was like the Avro York - the wings of an existing bomber combined with a new fuselage to make a transport aircraft for the post-war age?

Yes, I agree. Consolidated must have been thinking in postwar terms when it came to designing the Liberator-Liner and the U.S. Navy gave them the impetus to actually construct the airframe. It wasn't nearly as good a concept as the York but I reckon it's all that Consolidated could come up with!

Here's something a little different. It's from the small ads columns of a Baltimore newspaper in the summer of 1941,  That year, newspapers around there carried several  news and other reports about Pan Am's Clippers and BOAC's "giant flying boats".  BOAC set up a base there that summer.

The BOAC ad,  which was repeated at intervals for a period,, was much less prominent than the image I've posted might suggest, since there were very many miscellaneous small ads on the page..

Can anyone suggested what might have prompted this advertising? 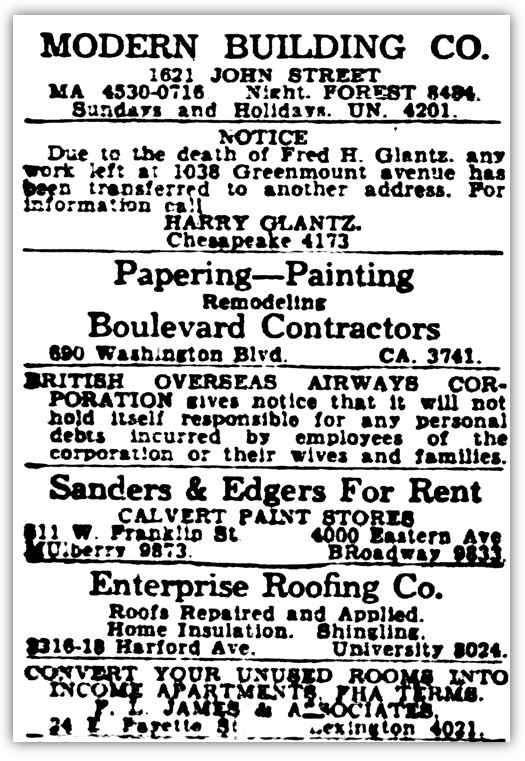 I do not know if this article will display nor, even if it does, whether it will be legible.

The main point, though,  was to show a different view of the Liberator-Liner.

Muncie is Indiana, I believe. The article was syndicated in May 1945 and appears in several newspapers.

The attachment may be easier to read - or not, as the case may be.

Yes, it's quite legible! Nice addition to the Liberator Liner file.

I do not know what materials you have in your files, 2nd Air Force, but here is a summary of what I have located in contemporary U.S. newspapers from the summer of 1944.

On 12 June 1944, the Liberator-Liner was shown publicly for the first time. This was reported in the press the next day but only in the form of a couple of paragraphs – no photos. The story was usually linked with the completion of the 5,000th Liberator, which was given the name “V-Grand”. At least one later report seems to have confused V-Grand with the Liberator-Liner. The first flight of the latter was given as 14th April.

On or around 19th June, a photograph of the Liberator-Liner was released. It showed the aircraft on the ground with someone up a tall ladder at the tail end.  One newspaper (the wonderfully named “Palladium-Item and Sun- Telegram” from Richmond, Indiana) showed it with the “First Photo of B-29 Taking Off To Bomb Japan”.

On the evening of Tuesday, 4th July 1944, the Liberator-Liner took off from Washington and flew to La Guardia, where it was viewed by military and airline officials the following day (as reported in the press on the 6th July). NOTE: I have yet to find anything about its flight from California to Washington.

On or around 10th July, a photo was released of the Liberator-Liner at La Guardia. It showed a woman about to board the aircraft and waving at the camera.

On 16th July, a Miami newspaper reported that it had been expected to tour “principal air centers’ around the country but “by Tuesday” (presumably 11th July) was returning to San Diego.

I hope there is something of interest in the above.

In its 12 November 1942 issue, FLIGHT magazine forewarned its readers about a radio programme to be broadcast in the BBC Home Service on the coming weekend.

The programme was entitled “Atlantic Express”.  Described as a “dramatic impression” of the work of R.A.F. Ferry Command, it isn’t entirely clear from the wording whether it was a drama or an exciting documentary. In 1942, I suspect the former.

The newspaper radio listings for 14 November 1942 show the transmission time as 8.00 pm. It looks as though it was a 30-minute programme, though the scanning of the newspaper was not done too well..

It is quite possible that the BBC Written Archives Centre at Caversham Park, near Reading, will have more information about the programme. If anyone lives near there or has access to the BBC archives, it may be worth checking out.

It is even possible that the programme as broadcast was recorded on a transcription disc.

NOTE: Since Key Aero no longer notes the number of persons visiting a thread, it is impossible to gauge the level of interest. I would therefore be grateful if you could post an entry, even if just to say “Saw it”.