With the kind consent of the Key Staff (thanks James) we have been granted permission to start an official thread for the BPAG, Black Mike and all the Group's activities.

The latest news is that the engineering team arrived at RAF Leuchars on Saturday and are making the final preparations ready for the aircraft to move to RAF Cosford. Loading should begin tomorrow morning, all being well. We will be running regular updates on progress via Twitter and Facebook. Please feel free to drop by-

Many thanks in advance to you all for your interest.

The F-4 Phantom II was operated by the Royal Air Force between 1969 and 1992, principally as an air defence fighter. Although the jet was an American design, produced by McDonnell Douglas, the UK’s Phantoms were a special batch built separately and containing a significant amount of British technology including the addition of Rolls-Royce Spey engines. Of all the UK’s Phantoms, the airframe which arrived today at RAF Cosford is perhaps one of the most iconic, known as ‘Black Mike’ due to its unique paint scheme applied by 111(F) Squadron in the late 1980s.

The airframe, now owned by GJD Services Ltd, has been the centre of a campaign by aviation enthusiasts, who plan to restore her to exhibition standard. David Butterfield, from the British Phantom Aviation Group, said, “The British Phantom Aviation Group (BPAG) are extremely proud and honoured to participate with Phantom XV582 ‘Black Mike’ at the RAF Cosford Air Show 2018. Our hardworking, dedicated team of volunteers have shown outstanding knowledge, skills and aptitude to make the move from RAF Leuchars happen. We look forward to working with RAF Cosford over the coming months and we are certain that the aircraft will be a great attraction as part of the RAF100 static displays.”

Air Show Operations Manager, Mr Peter Reoch, said, “The Royal Air Force’s Phantoms played a critical role in defending the UK’s airspace during the height of the Cold War. Therefore, having an example of the type was essential as part of our RAF100 static exhibition at the Air Show on Sunday 10th June 2018. It will be the first of many aircraft which will be transported by road to RAF Cosford over the coming months specifically for display at the Air Show.”

Tickets for the Air Show, which is promising to be a spectacular and interactive tribute to the Royal Air Force’s centenary, are already on sale via the event’s website. Tickets will again only be available in advance, and are priced £25.00 per adult, with accompanied under-16s attending the Air Show for free, presenting excellent value for money."

"The British Phantom Aviation Group (BPAG) are extremely proud and honoured to be asked to participate in the RAF Cosford 100 Airshow with XV582 'Black Mike'. Since our inception in 2013, as a small band of enthusiasts, we have worked towards providing a future for the aircraft and last week's events would not have been possible without the contributions of various persons, all of whom deserve credit and thanks.

Firstly, the BPAG technical team, all of whom are hardworking, dedicated volunteers, have shown outstanding knowledge, skill and capability to overcome several huge challenges to make this project happen. While many of our volunteers are RAF veterans with considerable experience of Phantoms and other front line airframes, some have their background in other areas of engineering. It is this special combination of aptitude and expertise that has made the team so productive. With very little original ground servicing equipment available they have had to improvise and fabricate nearly all the special tooling required. In addition to this- and many other technical challenges- they have also had to contend with the issues of working a considerable distance from home and have sacrificed a great deal of their own free time for the benefit of the project.

We have also had the advantage of working in partnership with GJD Services, who have provided considerable support and resources throughout the project. We would like to thank the GJD team for the faith they have shown in the BPAG since their involvement with XV582 began and we are delighted that we have reached this milestone together.

Thanks also go to all the RAF100 Airshow team and all at RAF Cosford for inviting the aircraft and ourselves to share in their celebrations. Without the generous offer of shelter and working facilities, the short term future of 'Black Mike' would have been considerably more difficult.

Last, but not least, we would also like to thank those of you who have regularly donated funds to cover the purchase of equipment and other costs for the team. From single figures in 2013, the number of supporters has now grown to multiple thousands and, without the generosity that many of you have shown, we would not be where we are now. You can be justifiably proud of yourselves too.

Many thanks again to you all.

Do we know where it will be at Cosford?

It is unfortunately too early to see a ground plan of the airshow day, so we do not know whereabouts on the site the aircraft will be. Sorry.

Sorry BPAG, I was a bit too terse in my question. I meant between now and the show. I am just intrigued as to whether it will be kept at the museum or in the RAF station?

Apologies for misunderstanding. The aircraft is currently in workshop space at the RAF side of the site and is, therefore, not accessible to the public. Officially, at this time, the first chance you will get is at the airshow.

For those without access to social media, here's some of the highlights from last week's events. 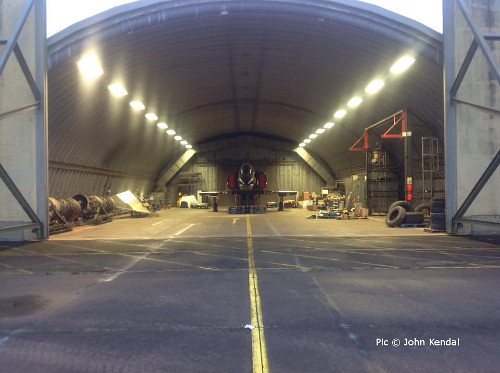 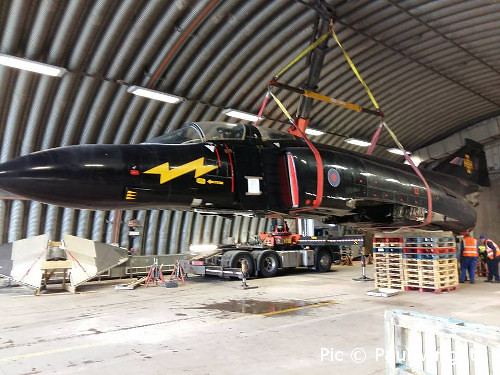 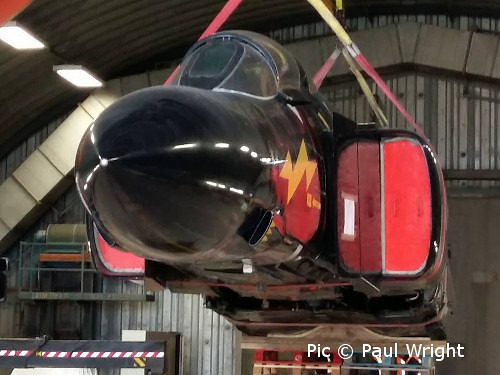 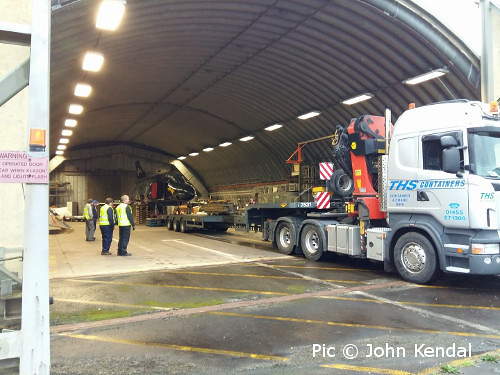 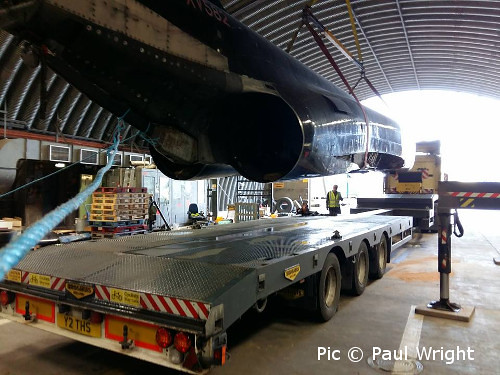 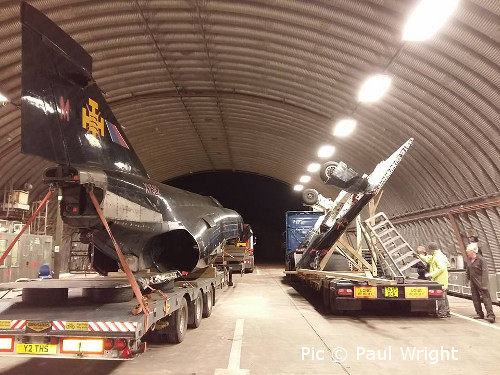 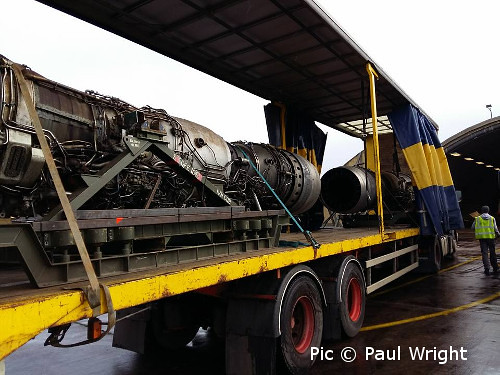 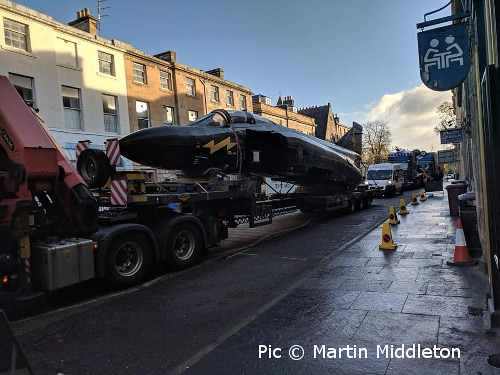 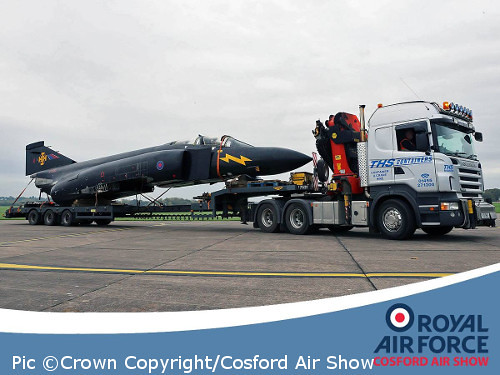 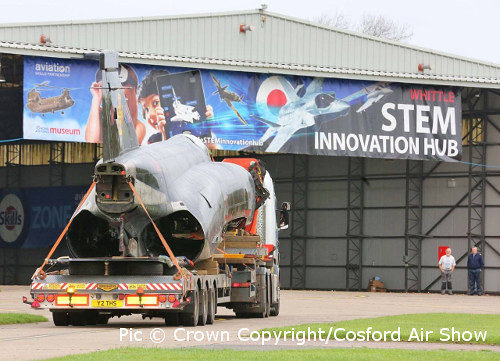 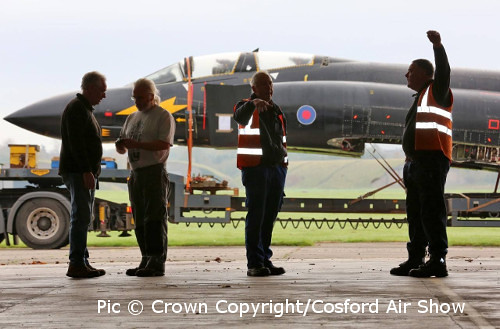 Thanks BPAG, all makes sense now!

For those who prefer moving pictures, the BPAG YouTube channel is now up and running. A few clips from last week have been uploaded already, more to come.

Magazine news. The Technical Director of BPAG, Paul Wright, is the author of an article about XV582 'Black Mike' and the group's activities in support of its restoration which appears in a special issue from Key Publishing. 'British Phantoms' is available in WH Smith and other newsagents now. 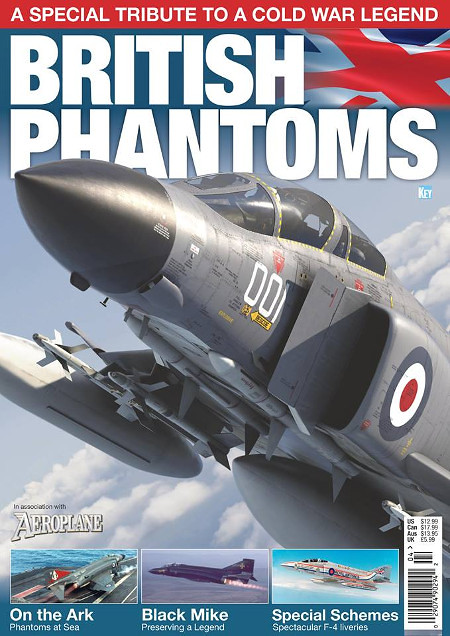 The BPAG technical team are up at RAF Cosford this weekend, starting the reassembly of XV582 'Black Mike'. A few pics from yesterday- 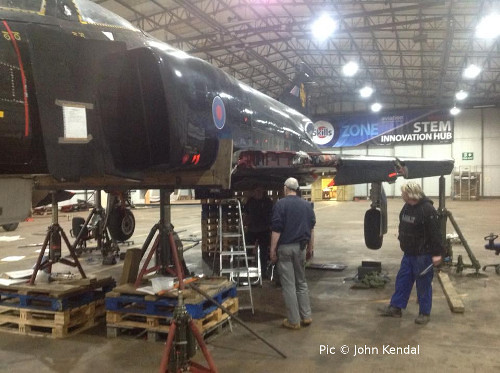 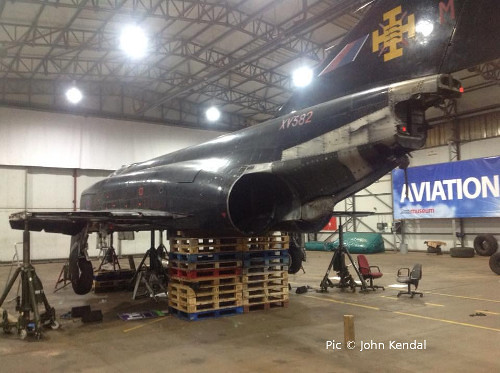 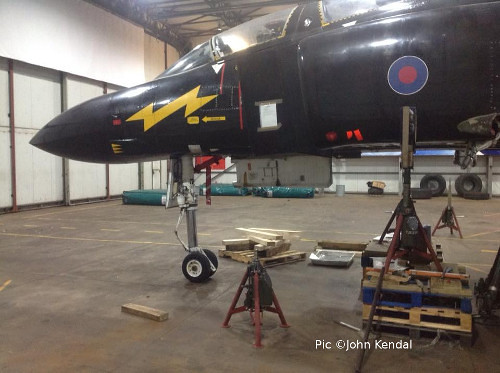 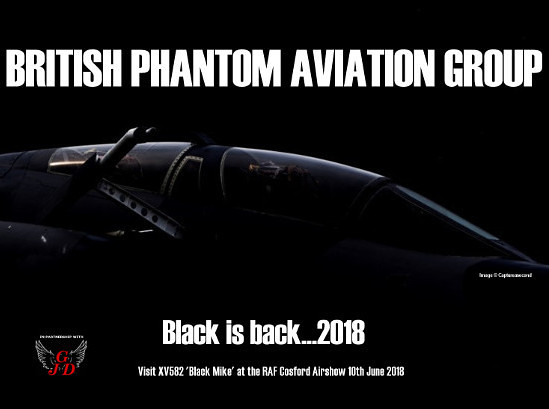 Want to get into aircraft preservation? Now is your chance as the British Phantom Aviation Group is actively looking for volunteers. See the message below from Technical Director, Paul Wright-

"Good morning one and all. We asking for volunteers to come forward and get their hands on Black Mike. There's a wide variety of jobs to do, so don't worry if you're not aircraft experienced. All we are asking is that you are willing to help ,willing to learn, and can be at Cosford for either a Saturday, a Sunday or both. So, from "never touched an aircraft before", to ex-Phantom guys (we'll even take people who've only worked on lesser aircraft), send us an e-mail with your name and availability to [email]britishphantomaviationgroup@gmail.com[/email] Come on folks,you know you want to......."

As the Christmas break will soon be upon us, the British Phantom Aviation Group would like to take a moment to send everyone our best wishes for the season. Thank you all for your support and enthusiasm during 2017. We will return in 2018, in what is shaping up to be a exciting and eventful year. Merry Christmas to all. 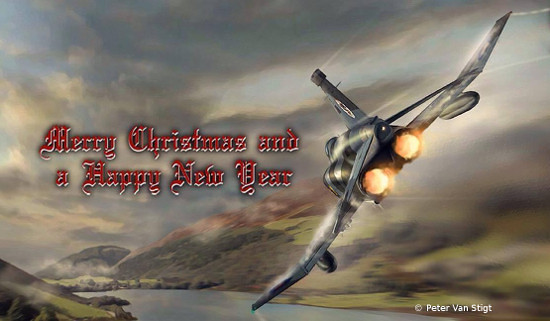 Seasons greetings to you all , well done and good luck for 2018

XV582 'Black Mike' on 24/12/2017, as the engineering team finished work for the Xmas break. Wing and stabilator refit complete, tailcone re-attached. Oleos reinflated and the airframe is back on its undercarriage for the first time since the move from Leuchars. Next up is a good wash & polish. 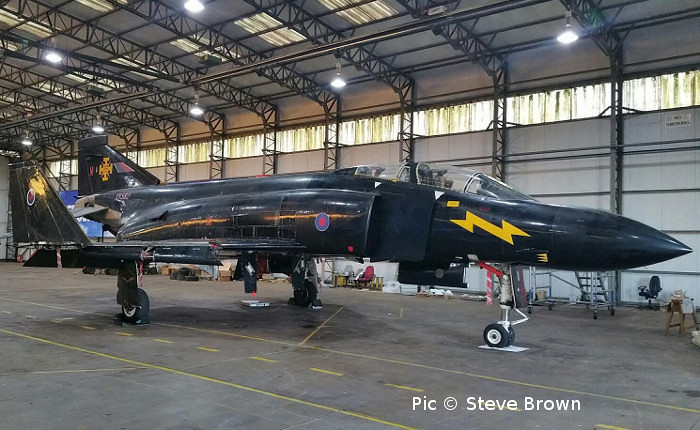 Photos from a Leuchars visit in 2010

Hi Robert. Would you mind if we copied that second shot across to our Facebook and Twitter please? I think people would love to see it. I will add a credit and can also link to your website or Flickr/Instagram too if you have one.