Here is the new thread for happenings at Duxford. Link to the previous year here :

The first day of 2019 seems a good time to thank again the stalwart contributors to this widely -enjoyed thread. It must be nearly a full-time job ! Much appreciated.

Duxford was quiet and seemed pretty sleepy today. The Conservation area in Airspace was providing accommodation to the replica Spitfire Mk1A, the Typhoon prototype (isn't this due to be leaving Duxford this year?) and also 'Ole Bill' - a 1911 open-top AEC bus, used in WW1 as a troop carrier: 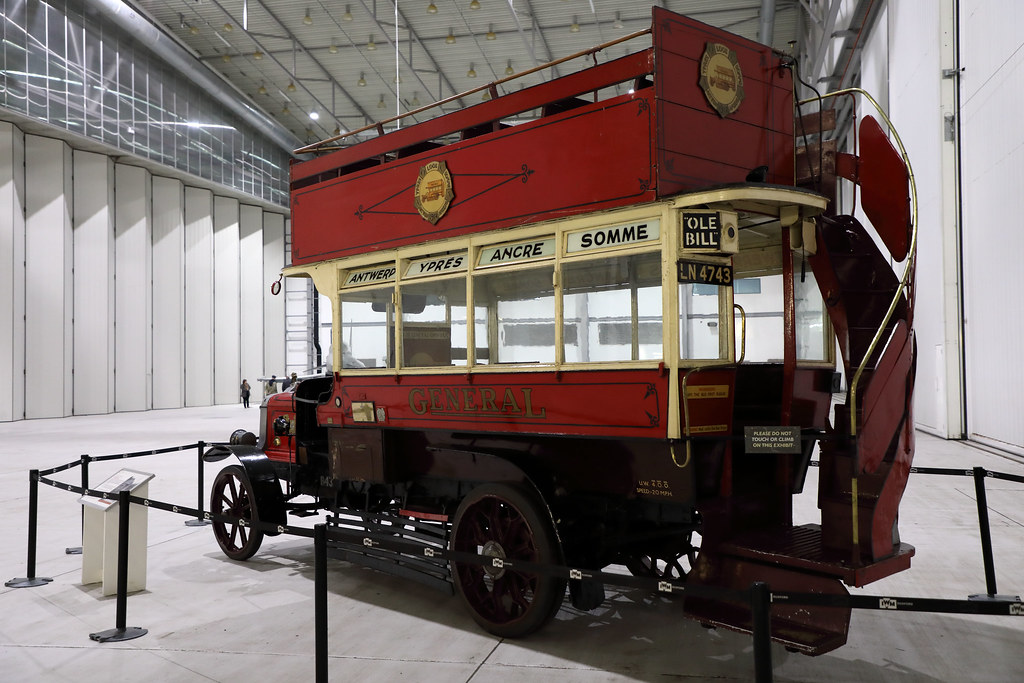 This must be the most under-used space in the whole of the IWM - calling it 'Conservation' seems a bit of a misnomer.

In Hangar 2, most, if not all of the Fighter Collection seemed to be undergoing winter maintenance, with Engine Inhibited notices all over the place and lots of engine covers, cowlings and spinners removed. 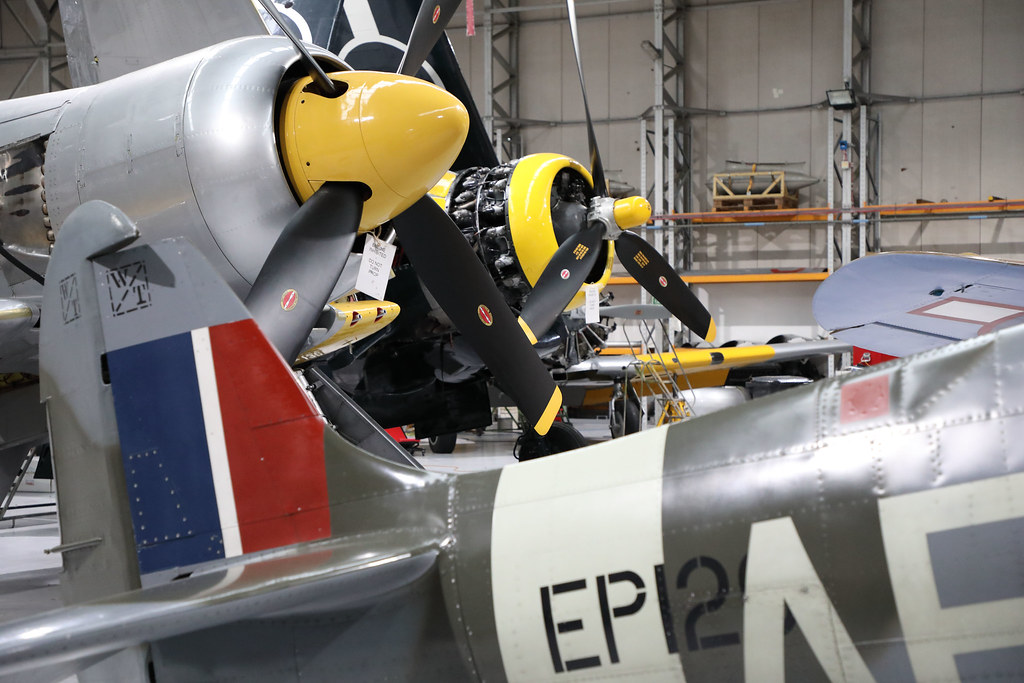 Sally B's winter maintenance continues at the back of Hangar 2, 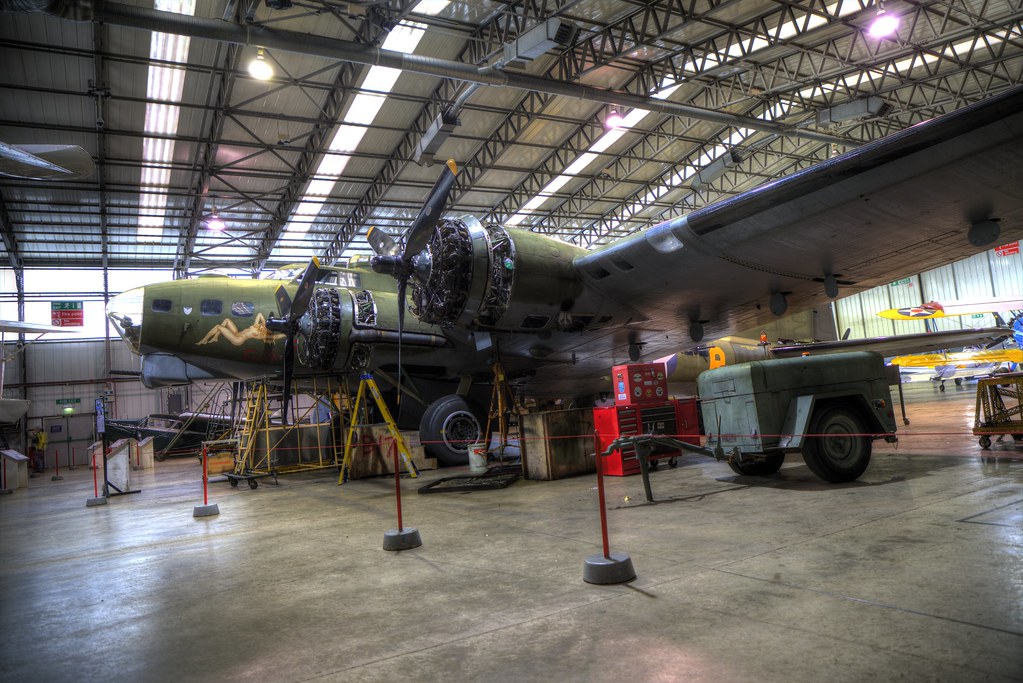 And today's game of 'spot the Cosmic Wind' was made a lot easier by it being positioned right next to the walkway, with Miss Pickup's winter maintenance continuing behind: 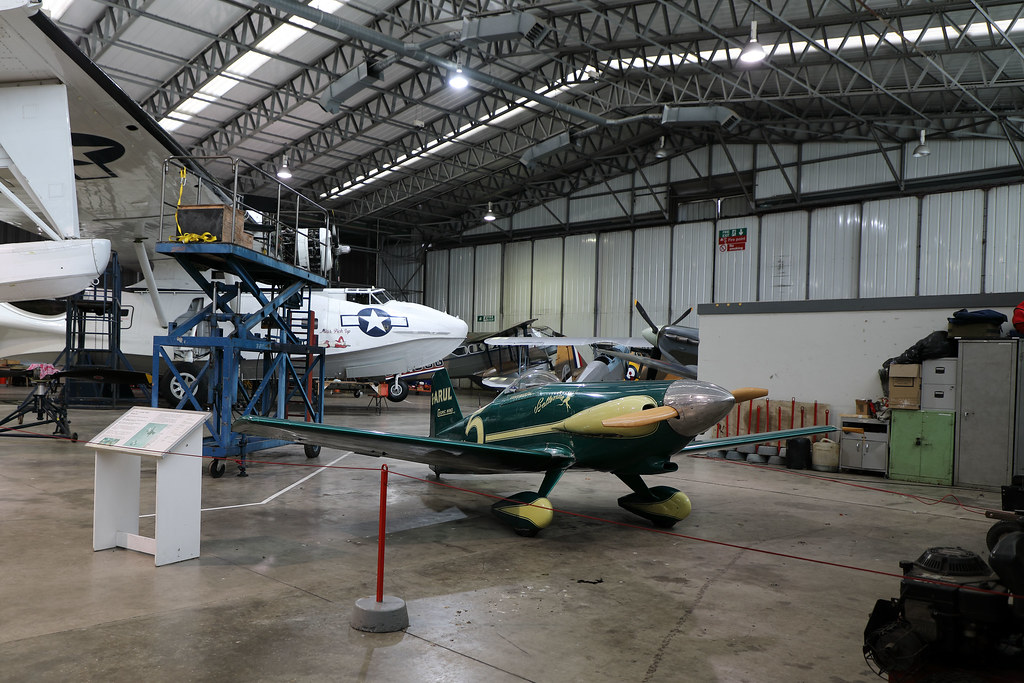 The impressive collection of Spitfires, and assorted other aircraft in Hangar 3 are still covered to protect them from the owl that has also taken up residence in the building. We couldn't see any evidence of the owl though! 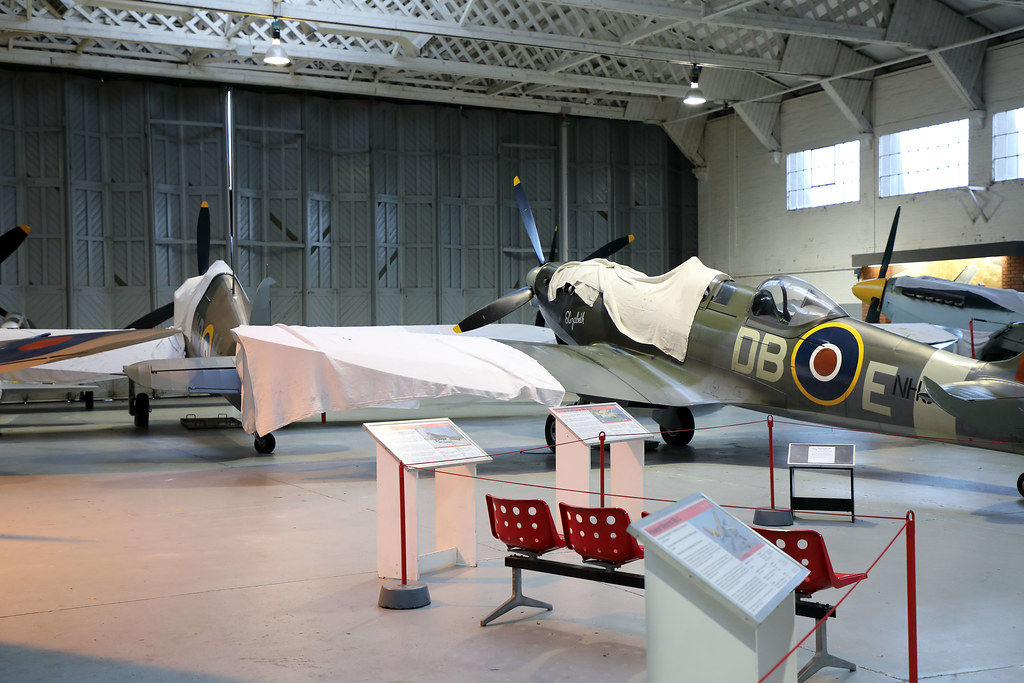 There wasn't a huge turnout on the airfield today, and absolutely no flying while we were there. It's odd how spoiled we are as visitors to Duxford, that we're so used to their always being something interesting flying that it's worthy of mention when this is not the case.

Finally, the new buses (although still apparently un-named!) were doing a lot of business today. 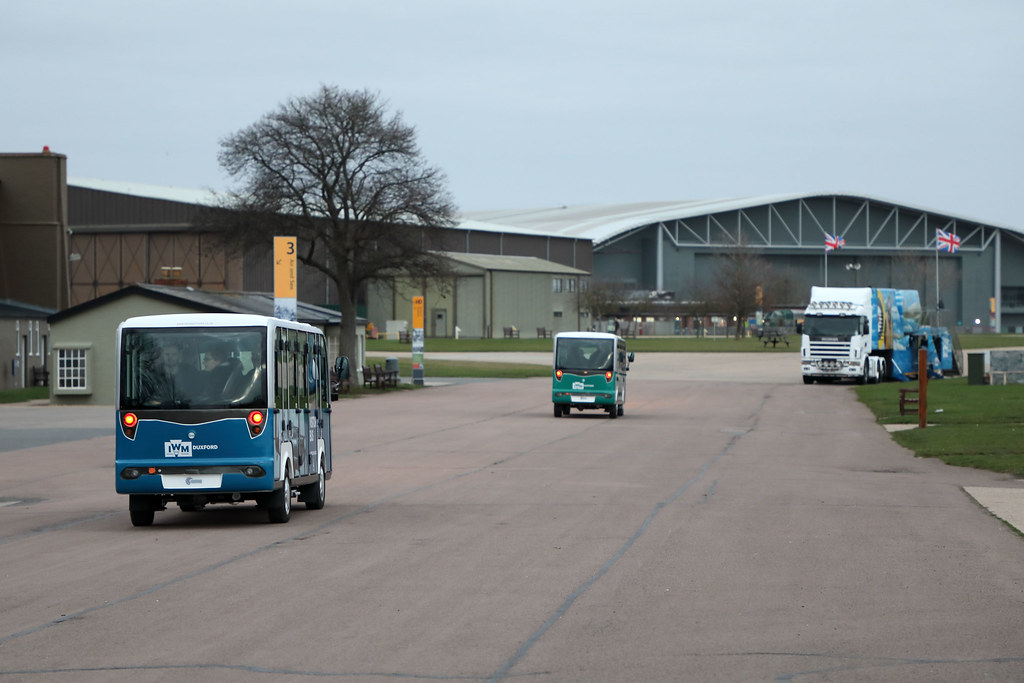 I'm looking forward to the milestones that mark the changing of the seasons in Duxford, my favourite of which is seeing Sally B's first flight of the year.

Finally, here are some upcoming Historic Aircraft Collection events that are forthcoming in 2019: 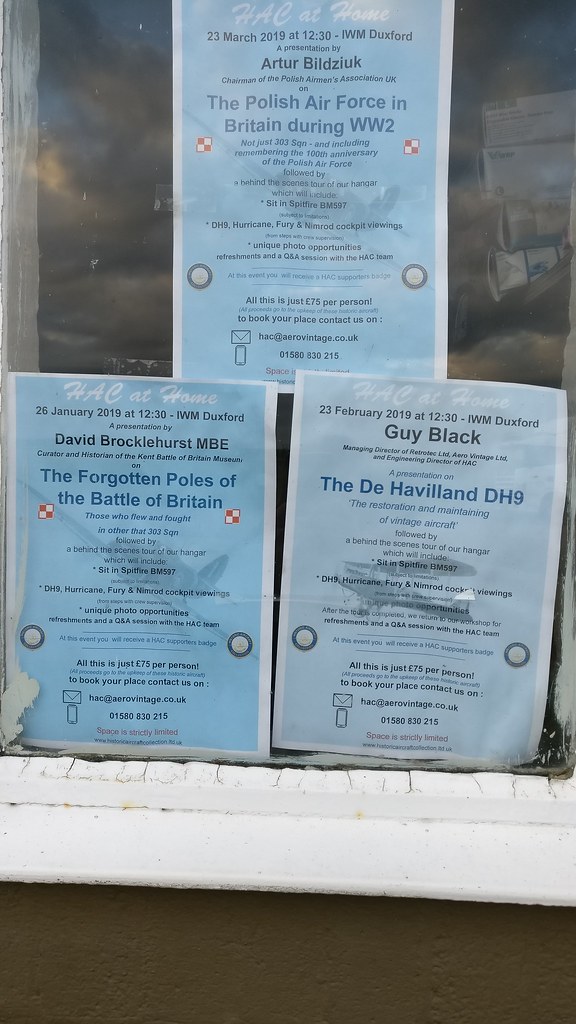 A bit of an interesting question to start of DD2019 - What on earth has happened to Duxford's other Spitfire I (P9374)? Last I heard was she has been sold to someone stateside and was going there but that was a year ago.

Yes, P9374 is owned by Ronald Lauder (heir to the Estée Lauder fortune) and is based in New York. He has a growing collection of warbirds that includes the Spitfire P9374 (registered N92SQ), FG-1D Corsair "Godspeed", TF-51D 44-12858 (and I believe he is the one that also recently purchased the ex-Texas Flying Legends A6M2 Zero). All of the airplanes in this collection are flown by Mark Murphy, and P9374 has been seen publicly at at least a couple of events in the northeast US since coming to the US. It was initially scheduled to be at Oshkosh this past summer, but I believe it had a mechanical issue early in the summer and wasn't ready in time.

Looking forward to a great Duxford year from here in the Antipodes !

A good start of the year would be to learn what the plans are for Halifax forward fuselage PN323. It's sat at Duxford for half a decade now with nothing being done to it (apart from gutting it). Time to do some nice work to it or donate it to the
Canadian Halilfax reconstruction project.
Not being negative to IWM but it's a shame how this unique exhibit is being treated.
Cees

What ever happend to the Sky blue Yak 3 that used to frequent Duxford quite regularly? I don't remember seeing it there in a while?

And what is happening with the Zero wreck that my Lottery losses helped acquire?

This is important stuff, so what does the director of the IWM say?

Skyskooter......there is a zero cockpit and partial wing/undercarriage lurking in on of the hangars! Not sure if it's the same one though

The first, which I believe is the one skyshooter is on about, is now at Lambeth.

The second was originally at Lambeth but now at Duxford, is the one R4118 is talking about.

The light blue Yak has been for sale for at least 18 months with no takers. It occasionally returns to duxford

The Halifax forward fuselage is (AFAIK) the only surviving relic of the Heaton Norris factory in Manchester that was managed by Fairey. It was 'gutted' because the instrument panel featured instruments that were radioactive.

Cold and dull, but Spitfire and Mustang out for some exercise: 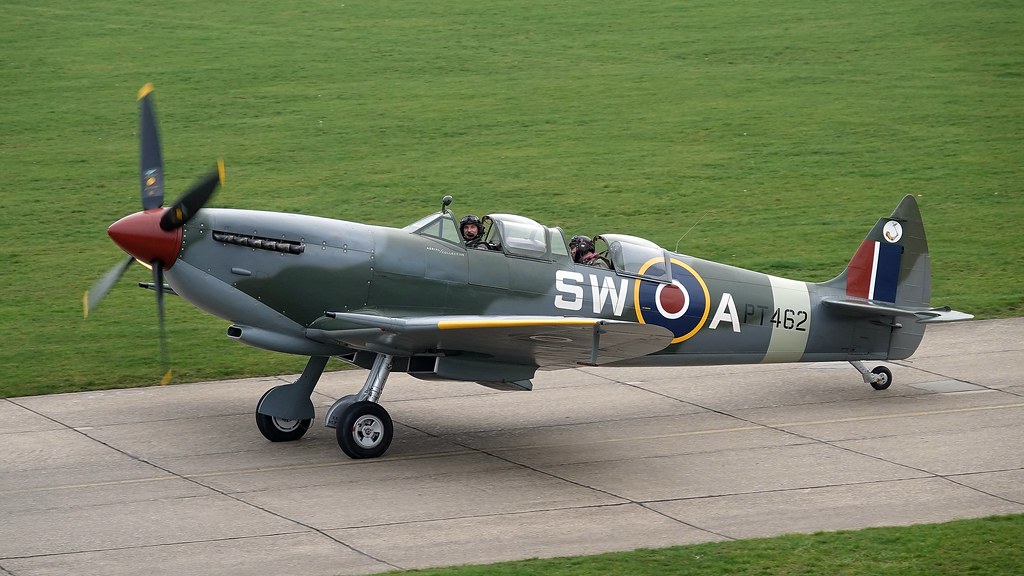 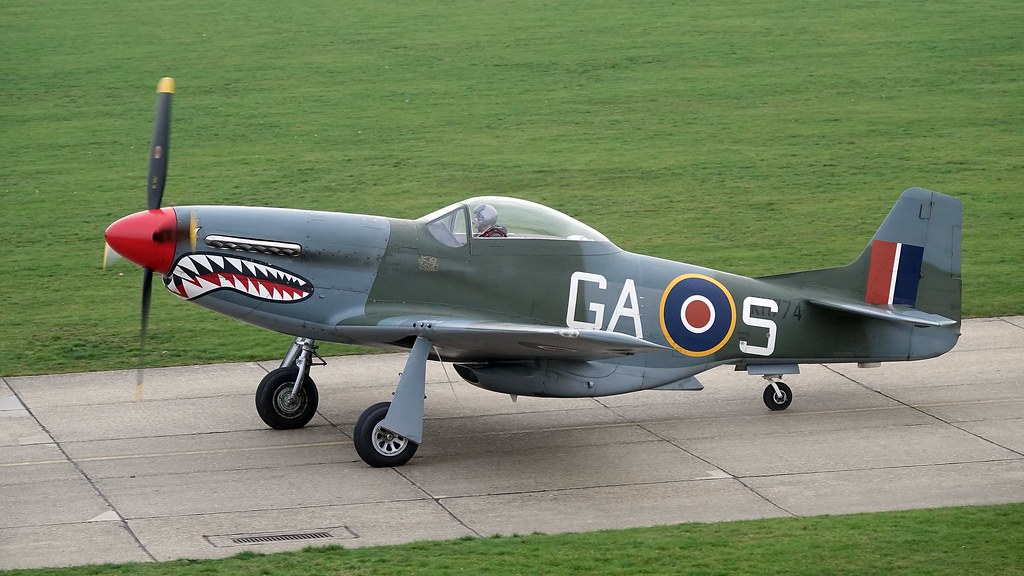 DX - Friday. Just to prove we did see the first warbird flights of the year today a couple of pictures. 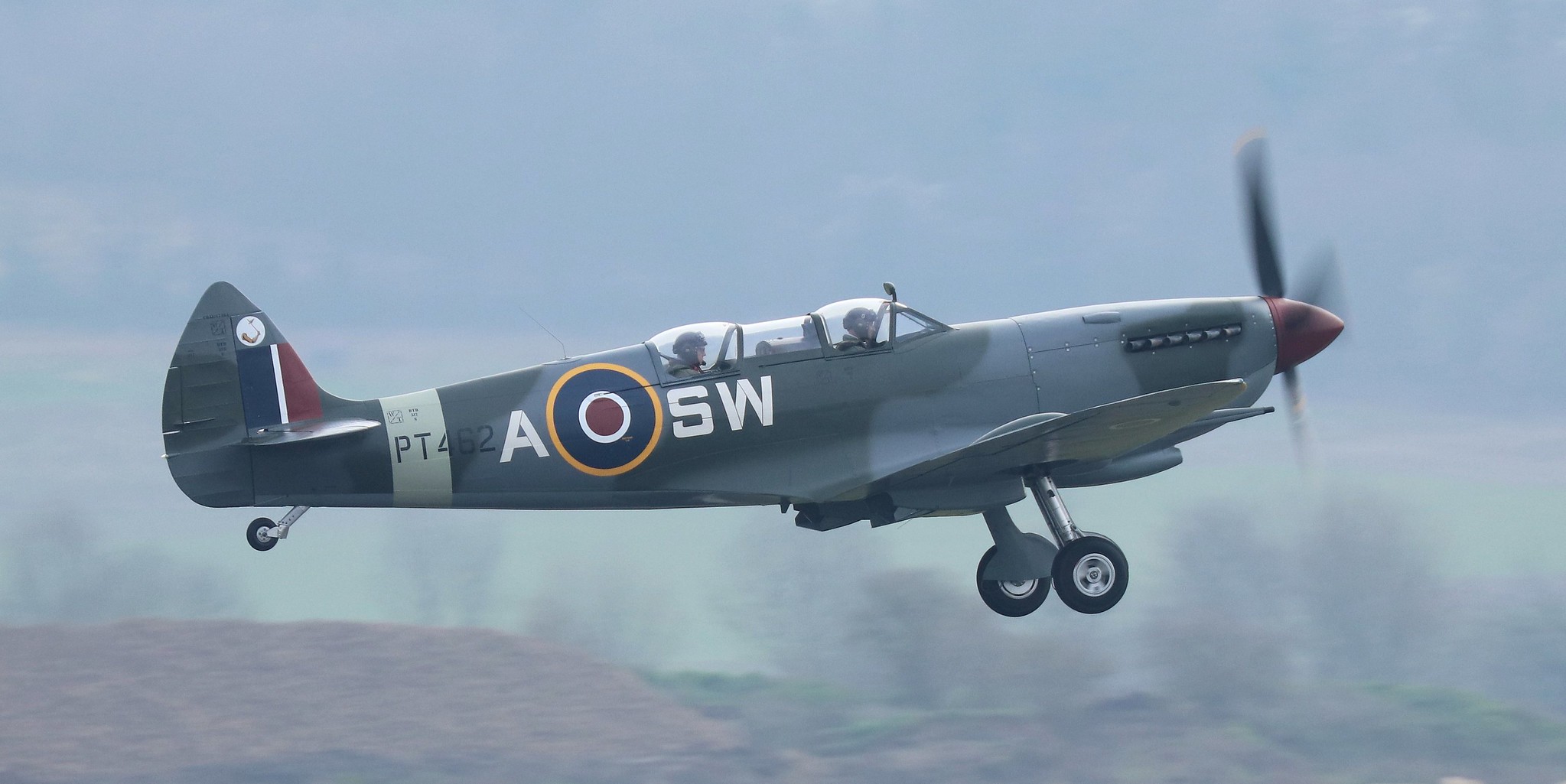 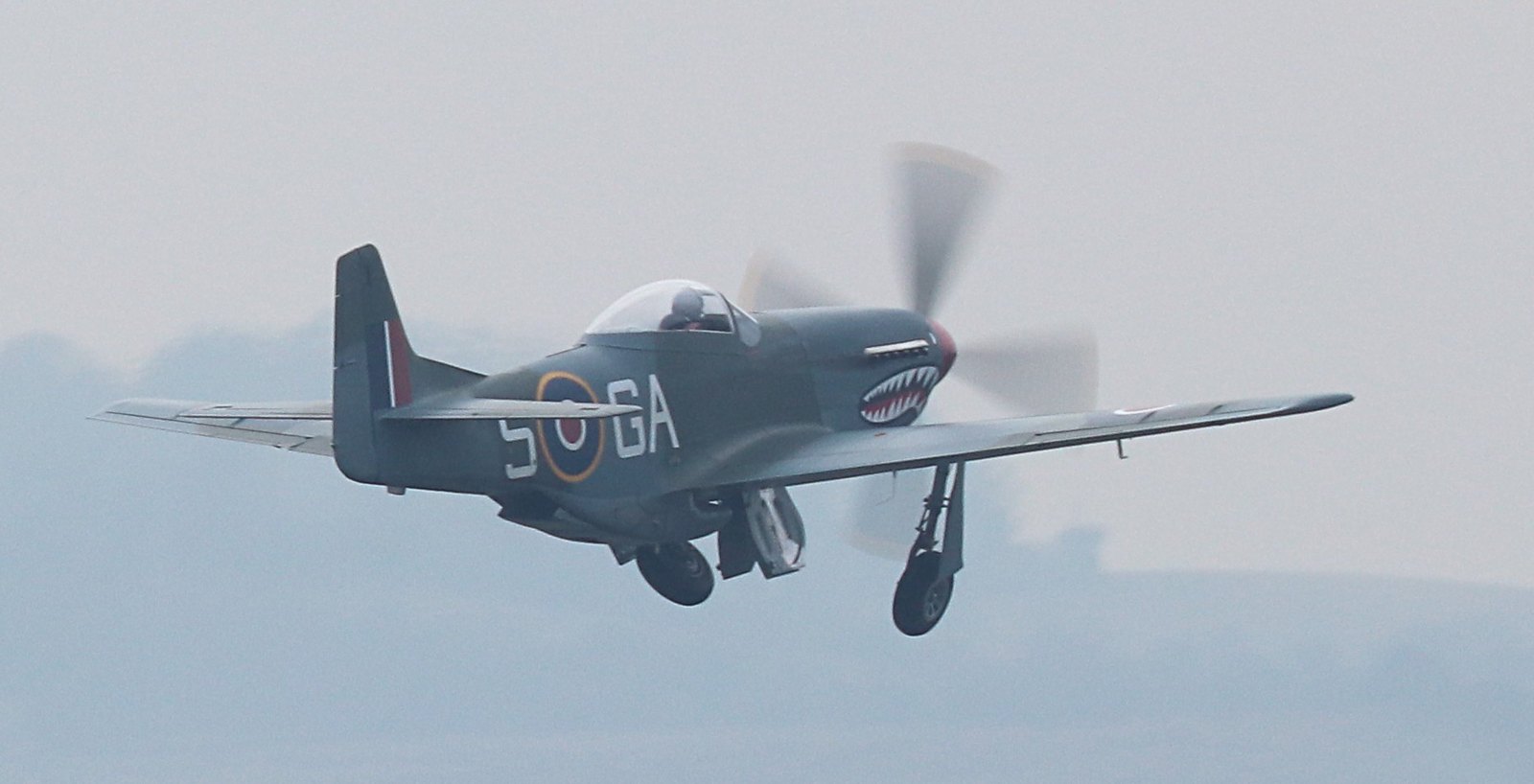 The Yak is such an agile, great looking, great sounding machie, and at £350 K , whilst not exactly cheap, gets you into the warbird world at a fifth the price of a Spit or P51. True, it is a new build, but for a lot of people, that does not matter at all. Quite a striking 'little' aeroplane - maybe a second cockpit might help it sell.... 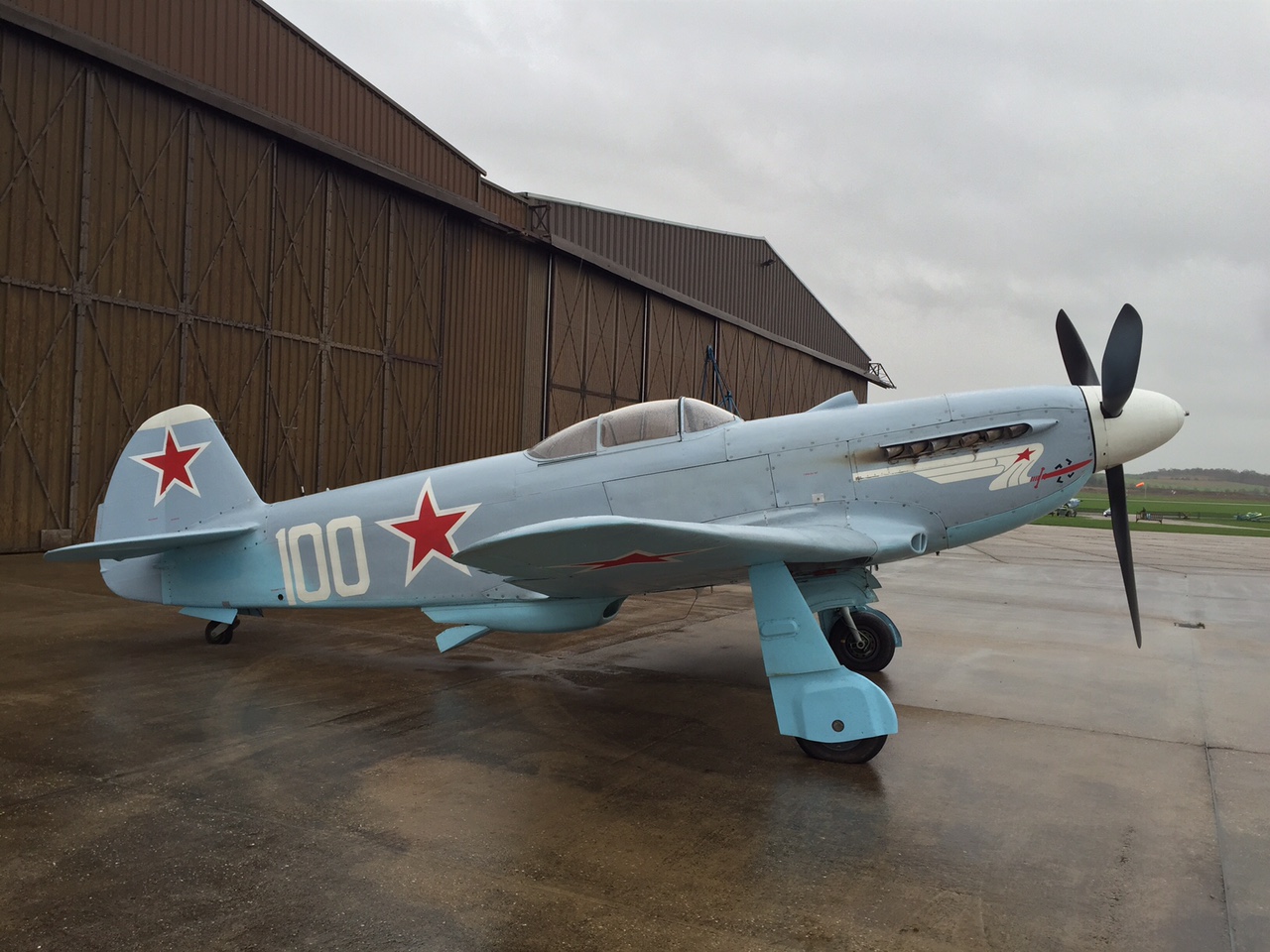