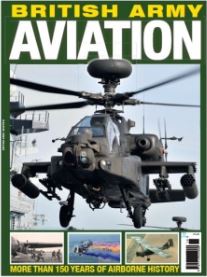 The British Army can justifiably lay claim to being the first branch of the nation’s military to dabble with flight. Experiments with gas balloons began as early as 1863 and the War Office created a dedicated Balloon Section in 1890.

The first of the ‘flying soldiers’ to qualify as a pilot of a powered aircraft was Capt Bertram Dickson (in April 1910) and Army pilots formed the foundations of what would become the Royal Flying Corps.

Although Army Co-Operation duties were undertaken by RAF pilots during the interwar years Army aviators came to the fore once again during World War Two when the Glider Pilot Regiment and Air Observation Post squadrons proved vital in changing the course of the conflict.

The Army Air Corps (AAC) fought for its survival in the post-war years but in 1957 it was reformed as a helicopter and fixed wing fighting force. Since then, the men and machines of the AAC have proved invaluable in conflicts as far away as Malaya, the Balklans, the Gulf and Libya and as close to home as Northern Ireland.

Today, more than 150 years since those first tentative balloon flights, the AAC is a formidable fighting force. These pages tell the story of some of the Corps’ finest moments and most memorable machines. 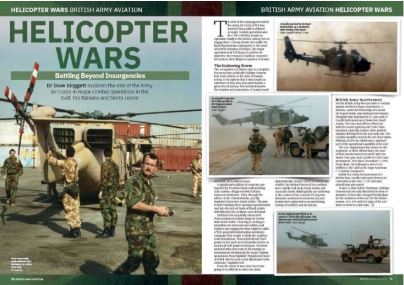 The Balloonatics
The Pioneers of British Army Flying

Austers over Korea
AOP over the 49th Parallel

British Army Aviation Special is available now from WHSmith and all other leading newsagents for just £6.99. Alternatively, pick up your copy with FREE P&P from our online shop or download a digital edition, as of Thursday 2nd May, from www.pocketmags.com. Simply search 'British Army Aviation'.