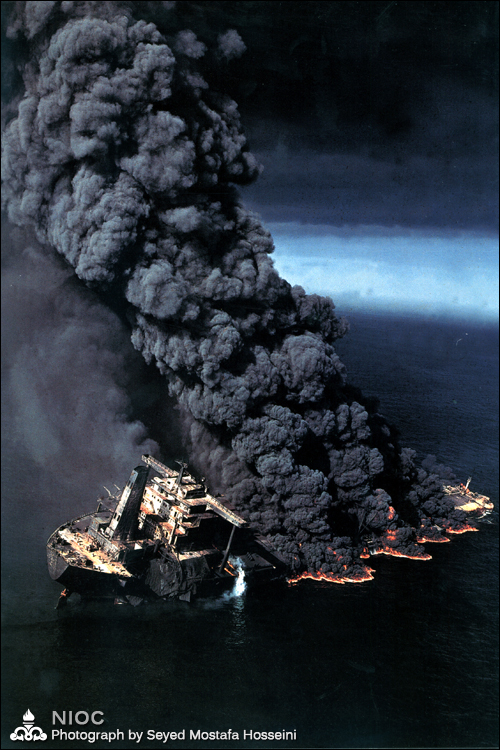 4everf14 pictures above prove to you the great success of the Iraqi Air Force and the failure of Iranian AF during the war no claims no allegations videos and pictures are talking.

ACIG also stated MiG-25 kills. Seems to me like a lot of places did and it seems probable. The SR-71 was almost hit, only an inept proximity fuse on an SA-2 prevented it, not the aircraft's speed. Missile passed it head-on, if the fuse had gone off on time, the SR-71 would have been downed.

Iraq and Syria were enemies after 1981 and the Syrians sentenced Saddam to Death in absentia. That should give you a clue as to the accuracy of the talk by some people.

Also with regards to your insistence on arguing simple semantics For example. Su 22 losses. Iraqi official record splits them by subtype. But at the same time pilots discussions it will lump them subtypes together. Simple and logical difference which is clear to anyone who is simply interested in the truth and not simply attempting to undermine the others perspective which don't account for the peddled fabrications from the iranian side.

As for "leaning towards" 200 iraqi aircraft shot down in air to air combat. You need to back that up with iraqi air force inventory numbers which simply do not agree with your assessment at all. So alongside the losses to Sam and aaa and accidents... Iraqis lost what 350 jets? According to you and tom cooper. Sadly.the Iraqis didn't get the message and seem to only miss 150 or.so jets.... Got serials or wreckage for the claims? Surely most would be in iranian territory and easy to verify. ;)

Also you need to show a positive proof of a claim.

Iranians make claims for what they destroyed. The claim does not match actual iraqi losses. So here the argument is between hard iraqi records and iranian claims (unofficial at that)...

3 losses were confirmed by Iraq.
New

LOL... On me? And how exactly should such evidence look like so that it satisfies your high standards?

Except it was you who was making a claim about invulnerability, so logically it's you who's carrying the burden of a proof. I have already successfully countered this nonsense with the articles about multiple lock-ons, so get prepared for some hard work..

I don't understand the meaning of this question.

That in no way negates my original claim that Iraqi MiG-25s were able to fly at M2.8.

You are, again, twisting the whole story.. The topic was whether Iranian F-14s have shot down any Iraqi MiG-25s and the documents indicate they have not. End of story. No one claimed they were technically not capable to achieve a Foxbat kill or anything about USAF (WTF!?)

In the book “Iranian F-14 Tomcat Units in Combat” I recall the author (Iranian pilot) covers a number of occurances of Mig-25s being shot down by by his colleagues in F-14s.

About the MiG-25 the Iraniens made redicilous claims for the F-14A to stay polite.

Does anyone know what platform, targeting system and ordnance the Iraqis were using in those videos?

To down a SR-71 with a SA-2 you are in need of a lucky shot. The SR-71 passing over the site at lower height and slower than typical speed. The crew ignoring all alerts

no. The numbers do not include the 15 twin seaters.

The number of single seaters delivered was 93. Of which 76 were available in 1990. Total loss of 17 single seaters between 1981-1990 including accidents. Tom Cooper's publications variously claimed about 60+ mirages shot down by iranian F14s and F5s and F4s... in addition to ground based air defences. A true figure is nearer 15... about a quarter of the claims.

I saw that on ACIG , it has to do with the Iraqi Mirages
"The round-up is as follows:
Total orders were for
110 single-seaters
19 two-seaters

From French Wiki
Iraqi Air Force - 121 out of 129 aircraft ordered, delivered from January 1981. 8 will remain stranded as a result of the 1990 embargo. In 1991, 24 Mirage F1 flee to Iran to escape the bombing campaign of the coalition. These planes are seized and used by the Iranians as "reparation" for the Iran-Iraq war. The others were destroyed, shot down or reformed.
Gives 33 EQ/BQ lost to all causes till summer 1990.

And what about the iraqui MiG 25 RB wreckages shoot down from an f 14's launched AIM 54 phoenix near the iranian city of Arak on 15 february 1986?! We have photographic proof of this

It has to be an official iranian picture. So no problem to post it for verification.

2.83M is not a maximum speed for MiG-25. It's just a safe limit. A speeds above that leads to lack of lateral stability and possibility of structural damage (canopy glass). If needed MiG-25 could flight above 3M even with 4 R-60 missiles.

2.83M is not a maximum speed for MiG-25. It's just a safe limit. A speeds above that leads to lack of lateral stability and possibility of structural damage (canopy glass). If needed MiG-25 could flight above 3M even with 4 R-60 missiles.

When did Iraqi MiG-25s fly at mach 3 in combat? I don't think they flew at Mach 3 during Desert Storm.