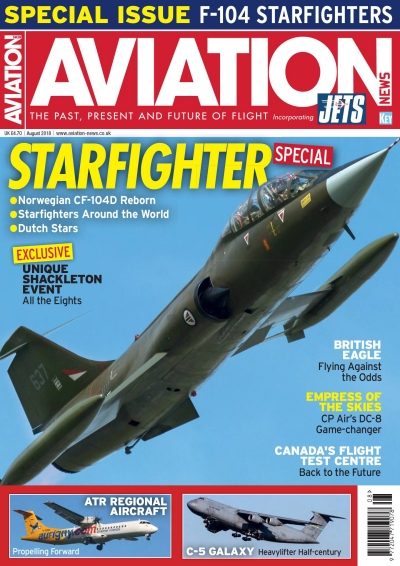 Bringing a Starfighter Back to Life
Jay Selman goes behind the scenes to hear the remarkable story of Europe’s only airworthy Starfighter that is based in Norway.

Starfighter Operators of the World
We pay a pictorial tribute to the F-104.

Empress of the Skies: CP Air’s DC-8 Game-changer
The DC-8 played a pivotal role with Canada’s second biggest airline for over two decades. Andrew H Cline details the type’s career with this carrier.

All the Eights
The Shackleton AEW.2-equipped 8 Sqn hosted a memorable event on Monday 8-8-88.

British Eagle: Flying Against the Odds
Barry Lloyd examines the rise and fall of the airline British Eagle.

Pick up your copy now from www.aviation-news.co.uk or in leading newsagents. Alternatively, you can download a digital version from www.pocketmags.com - simply search 'Aviation News'