IAF's Rudra ALH-Mk4 details. The Rudra is especially popular in the Indian Army. 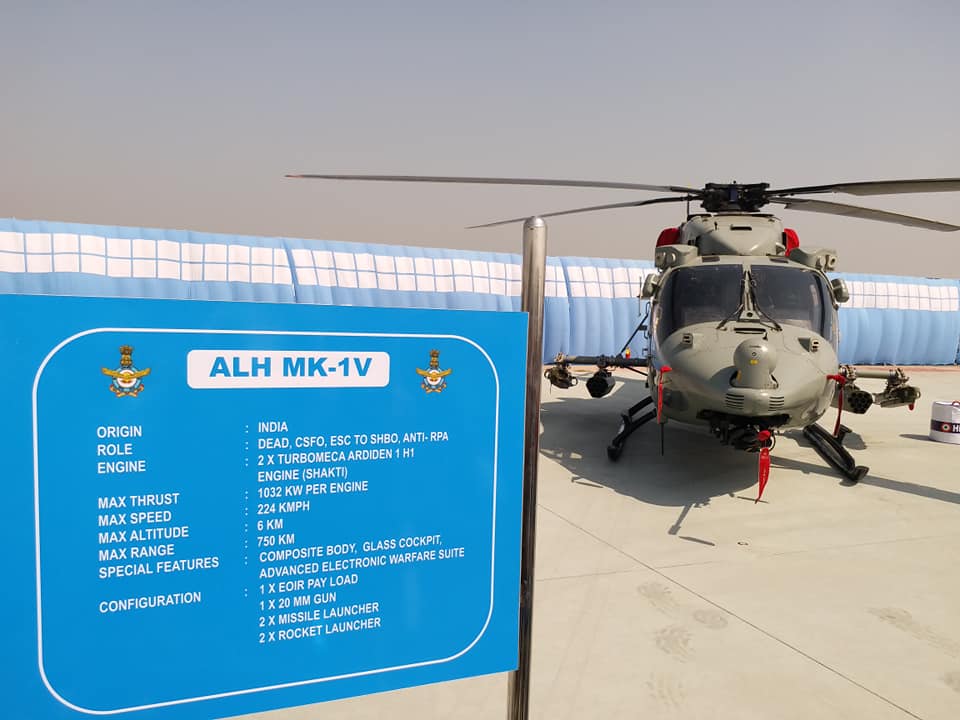 IAF will overhaul its 3 Mi-26 helicopters to keep them flying for another 10-15 years. The 'Featherweights' squadron will then be flying both Mi-26 and Chinook heavy lift helicopters

[url=https://theprint.in/defence/iaf-mi-26-choppers-to-russia-overhaul/30093… Mi-26 choppers to be sent to Russia for overhaul[/ur]

New Delhi: The first of the Indian Air Force’s three iconic Mi-26 heavy-lift helicopters known as Halo, is set to fly to Russia in about six months to undergo extensive overhaul and repairs that is expected to extend its life by another 10-15 years, ThePrint has learnt.

The move will enable the IAF to operate the Russian-made world’s largest heavy-lift helicopters together with the American Chinook choppers that are being currently inducted, giving it an unprecedented tactical lift capability.

Once the process is complete, India will become the first country to have a simultaneous inventory of both Mi-26s and Chinooks.

Speaking to ThePrint, senior government officials said the Ministry of Defence finally cleared the file for the overhauling of the three Mi-26 helicopters in August.

To be serviced in rotation, sources said, the choppers are now being readied so that they are in a condition to fly to Russia.

Servicing each Mi-26 helicopter is likely to take anywhere between a year and a year-and-a-half. The second chopper would fly to Russia for the overhaul once the first one is back. Subsequently, the third one would be sent, said an official who did not wish to be named.

It would take each chopper about three weeks to reach Russia.

This time around, RuAF is bringing around 40 airplanes including 15 fighters to India. 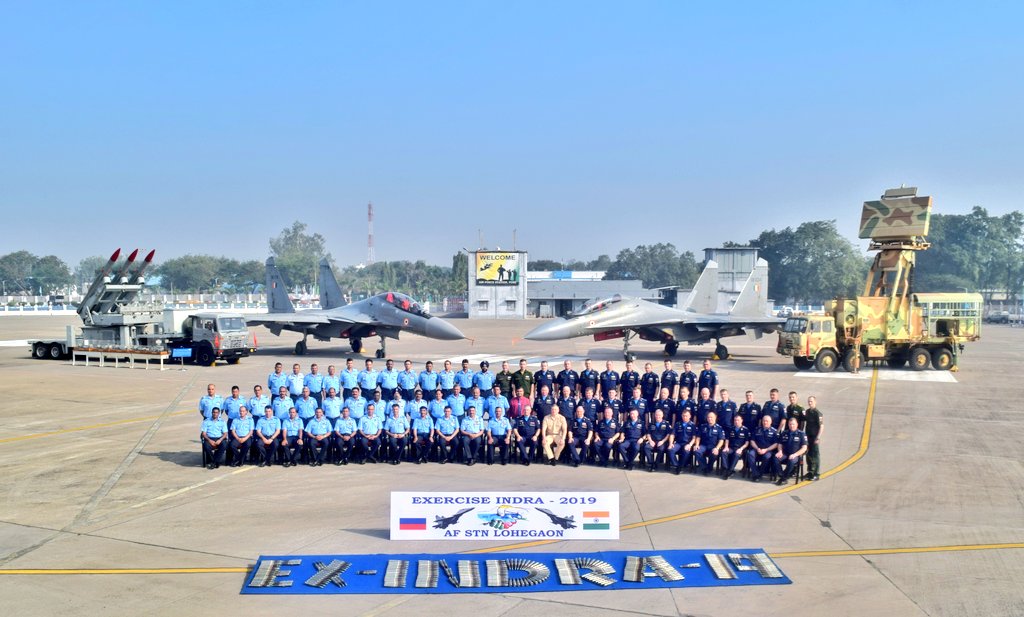 the IAF had a Russian pilot flying in the backseat of a Tejas trainer for Exercise INDRA 2019.

#INDRA2019 is the 2nd edition of this Joint Tri-Services Exercise between #Indian & #Russian Armed Forces which is being conducted from 10 Dec to 20 Dec 2019. Indian Air Force is undertaking joint missions during the exercise. 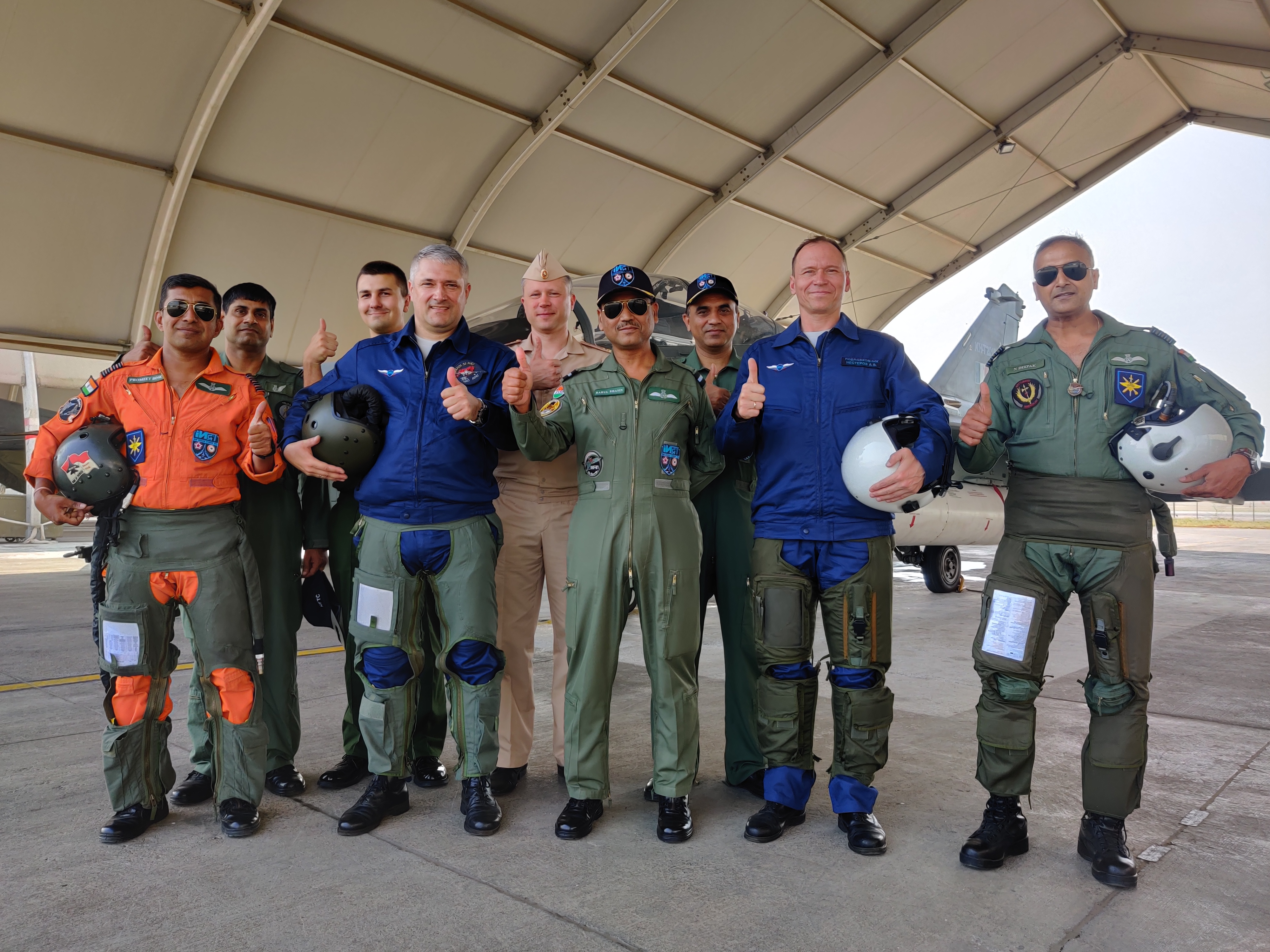 Today a pilot of the #RussianFederationAirForce (RFAF) flew in an Indian Light Combat Aircraft trainer. The sortie was a demonstration of the operational & avionics capabilities of the indigenously developed #LCA. 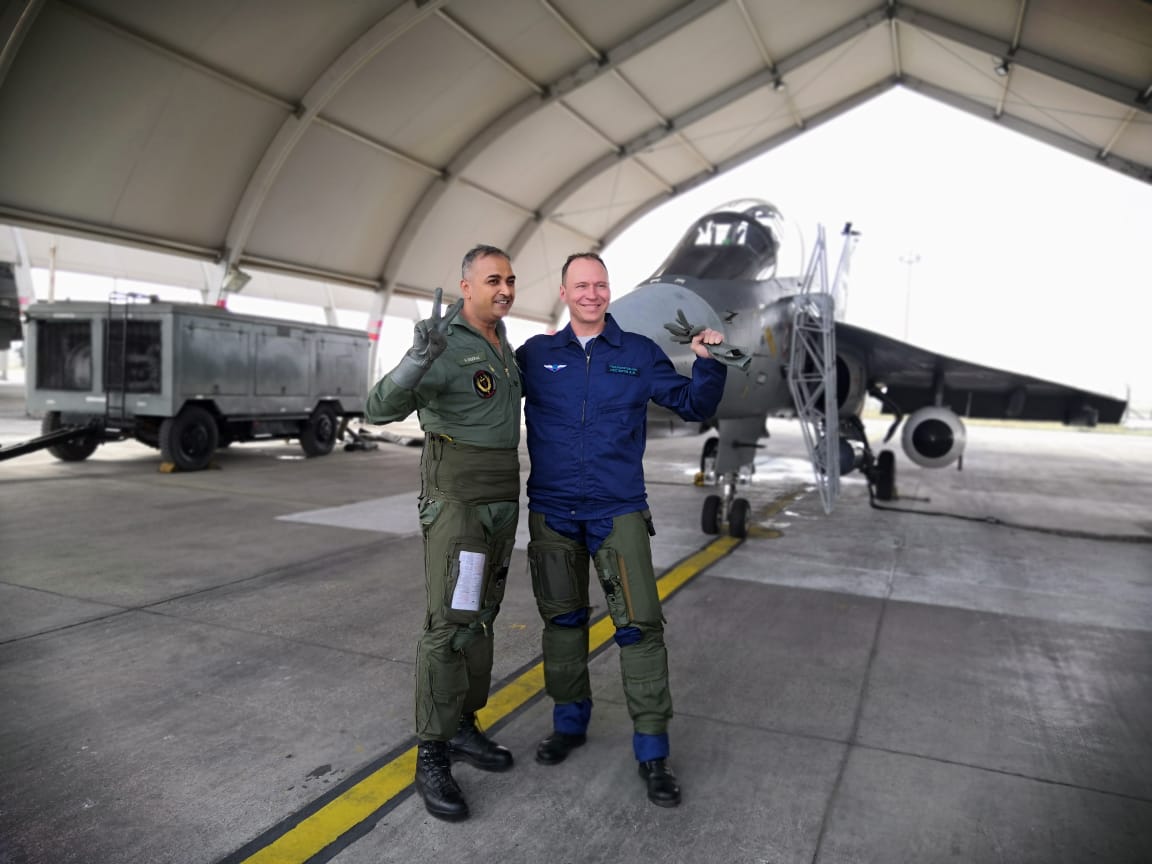 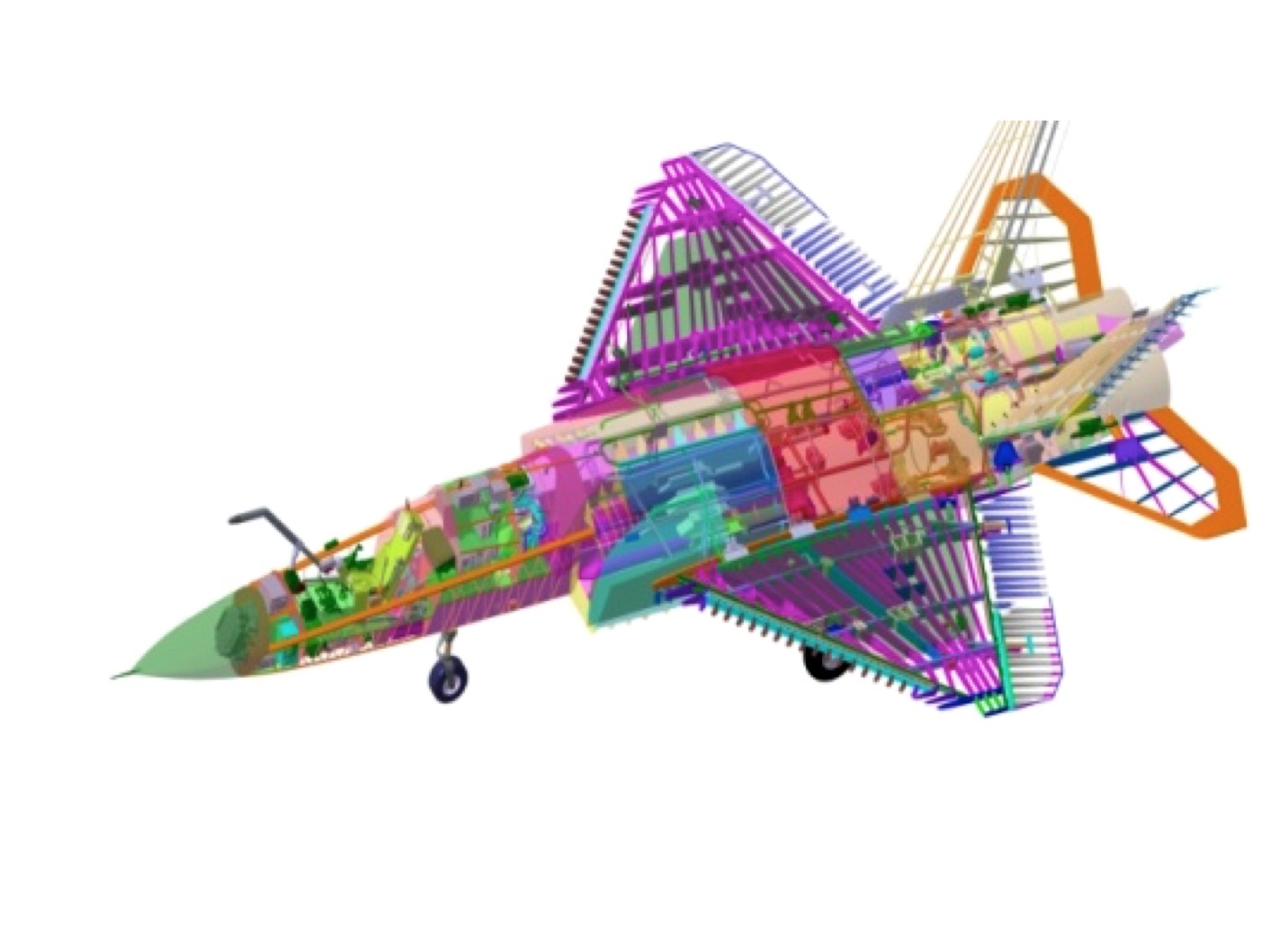 Girish Deodhare, who heads ADA, the Defence R&D Organisation (DRDO) agency that oversees the Tejas and AMCA programmes, briefed Business Standard on the capabilities and development of the AMCA – a stealthy, fifth-generation (5-gen), medium weight fighter that is slated to be a match for any adversary in the skies.

“After eight years of design work, we have completed the stealth shaping of the AMCA. We are now building a full scale model of the fighter, in order to measure its ‘radar cross section’ (a measure of an object’s visibility to radar),” said Deodhare.

The ADA chief said the AMCA’s design is now mature and its internal systems are laid out. That clears the way for its detailed design, followed by metal cutting – the symbolic start of constructing a flying prototype.

“The AMCA’s first flight is targeted for 2024-25,” said Deodhare. “We plan to build five prototypes for a flight-testing programme that would take about four years. By 2028-29, we plan to begin series manufacture.

Deodhare said that while AMCA would be a 25-tonne fighter, it would have an “all-up-weight” (AUP) of just 20 tonnes in stealth mode, when it would carry just one-and-a-half tonnes of weaponry concealed in internal weapon bays. In “non-stealth mode”, another five tonnes of weaponry or fuel could be carried on external stations, under its wings.

The AMCA would be able to carry up to 6.5 tonnes of fuel in internal tanks. While its operating radius remains secret, a back-of-the-envelope calculation indicates it can easily strike targets 1,000 kilometres away and return to base.

In “non-stealth” mode, it can carry an additional 1,200-1,300 litres in its internal bays, with its weapons load mounted on external, under-wing stations, thus operating as a potent long-range bomber. 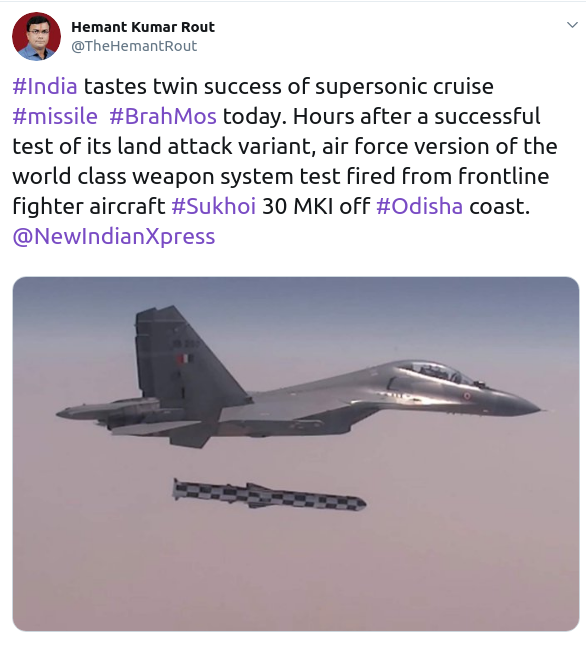 Final MiG-27 squadron, No.29 'Scorpions' based at Jodhpur AFS will likely be numberplated after the retirement of the upgraded MiG-27UPG strike jets that it flies.

2nd and 3rd IAF Rafales, RB002 and RB003 in France. These twin seaters are currently being used to train the first set of IAF crews before the planes arrive in India in May 2020. 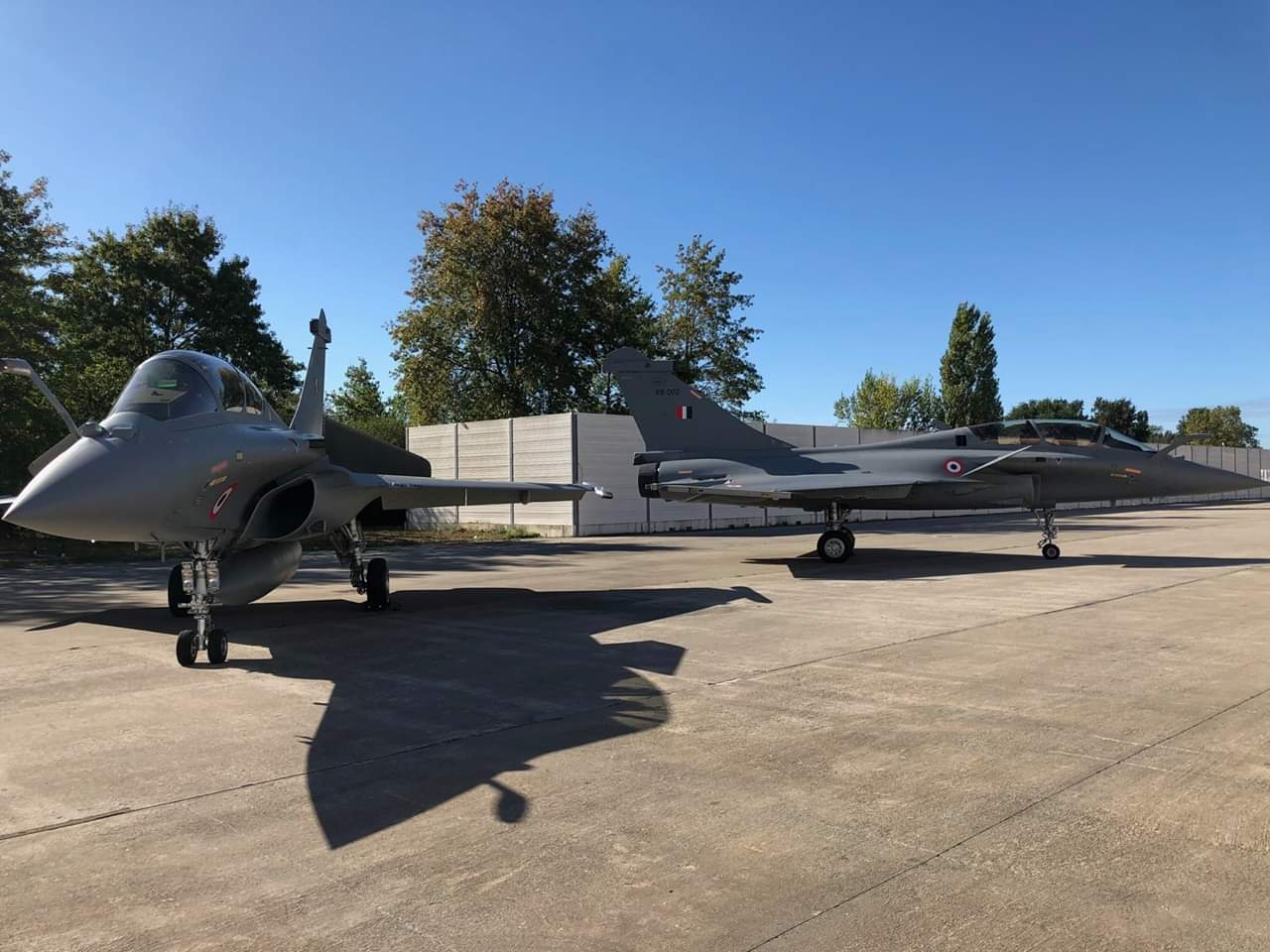 image credit in the pic itself

So, the final MiG-27ML 'Bahadur' has bid adieu to the IAF. Posting some images from the retirement ceremony as well as some nice MiG-27 images. 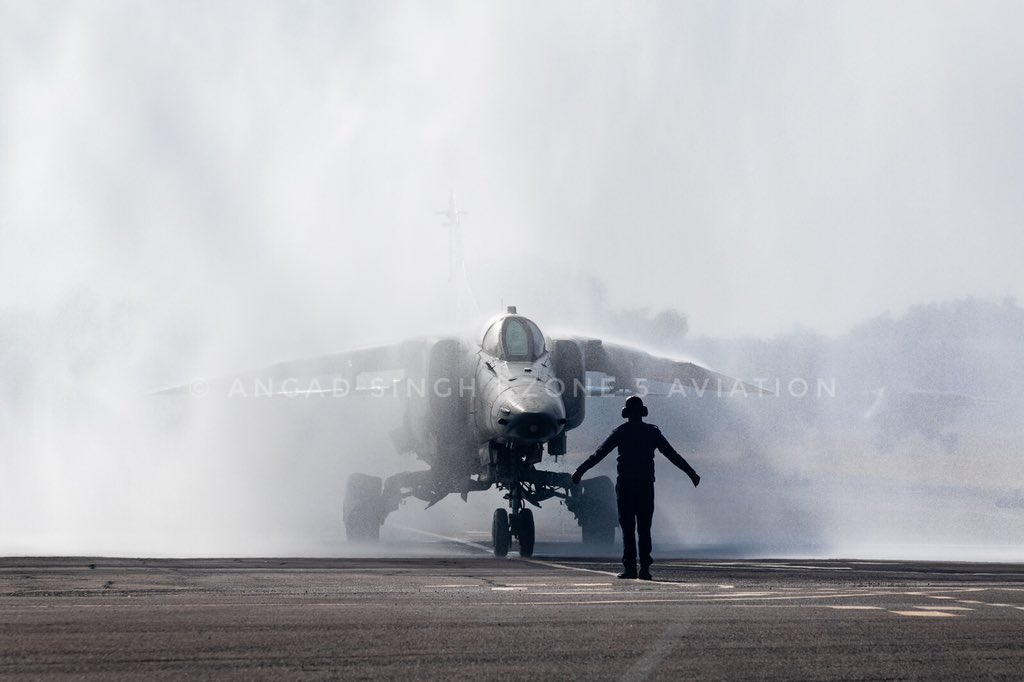 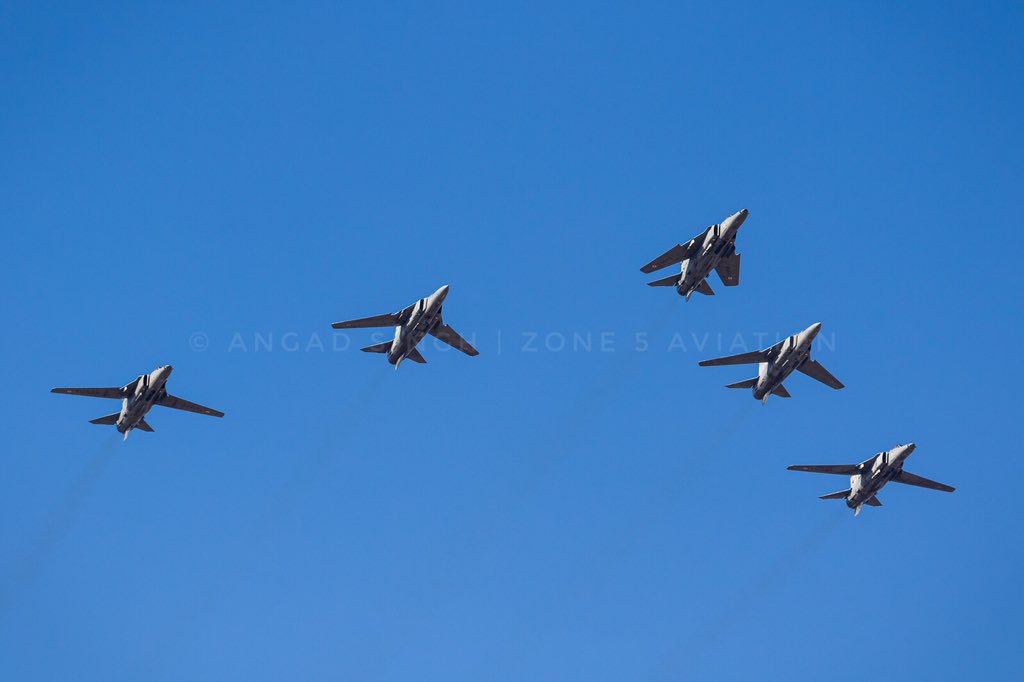 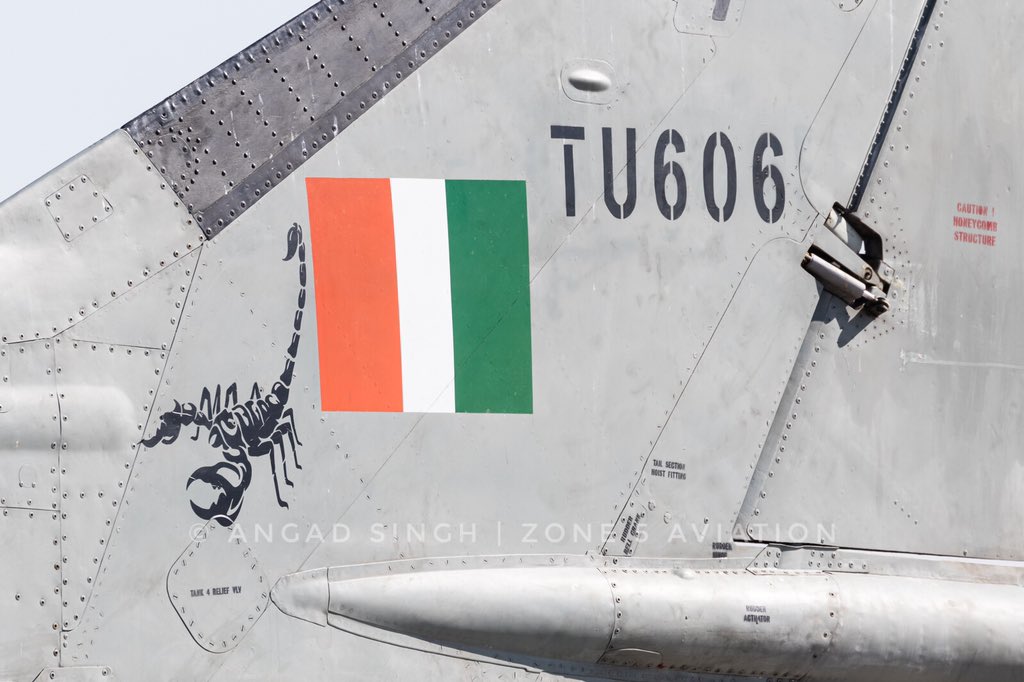 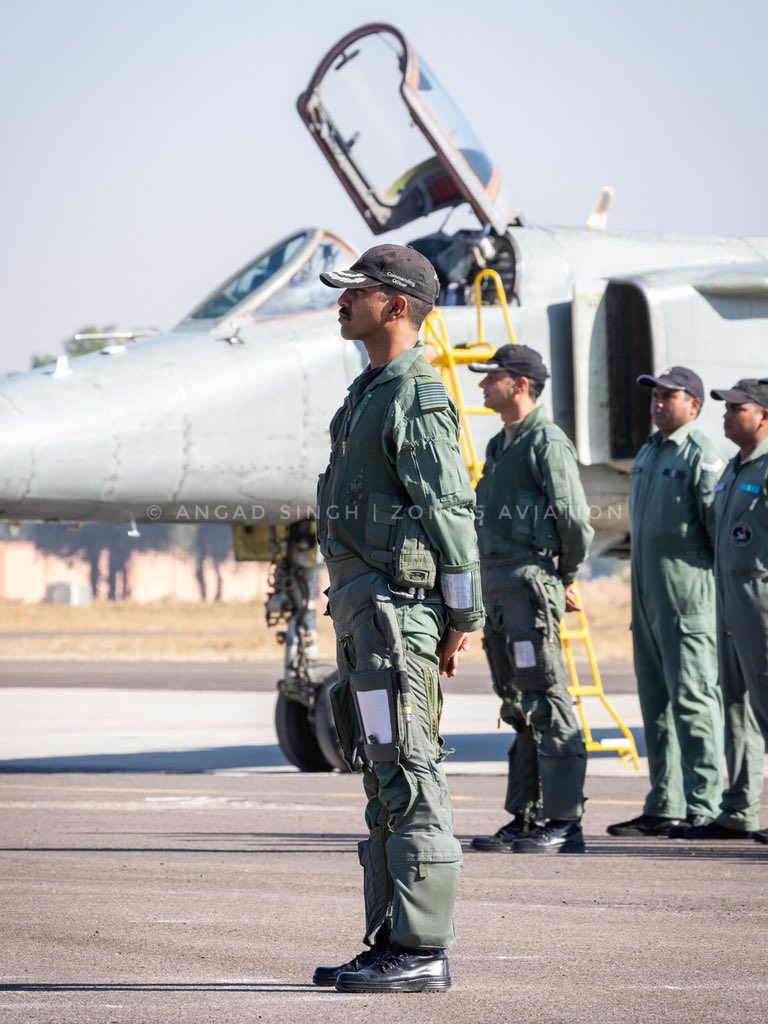 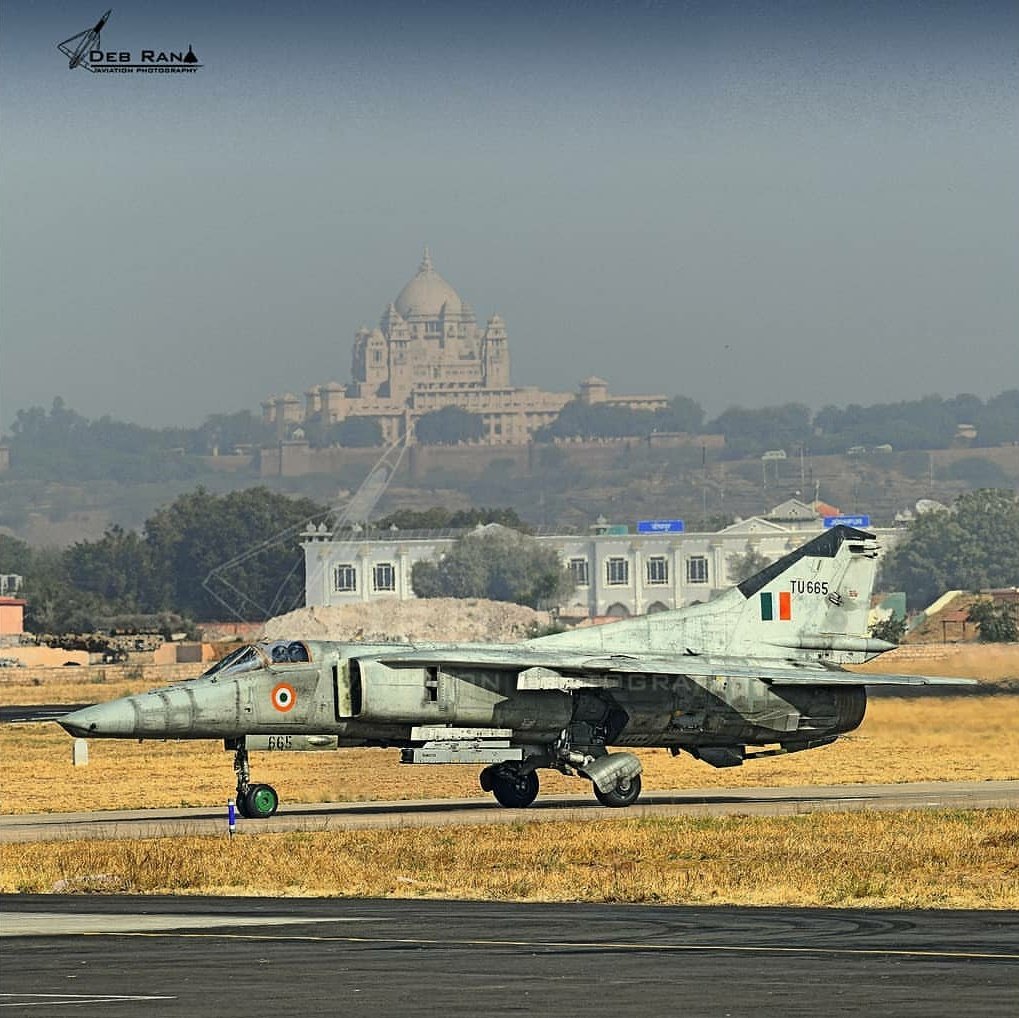 Could certainly carry tons of load. 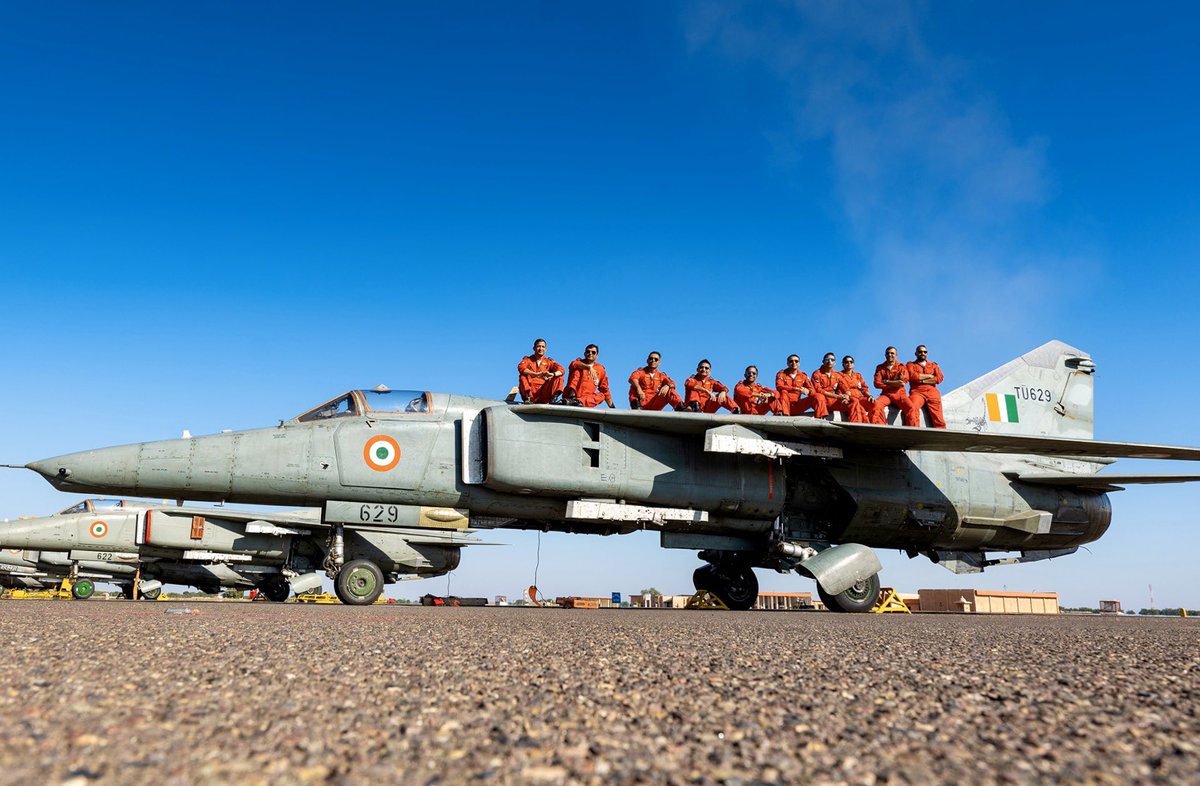 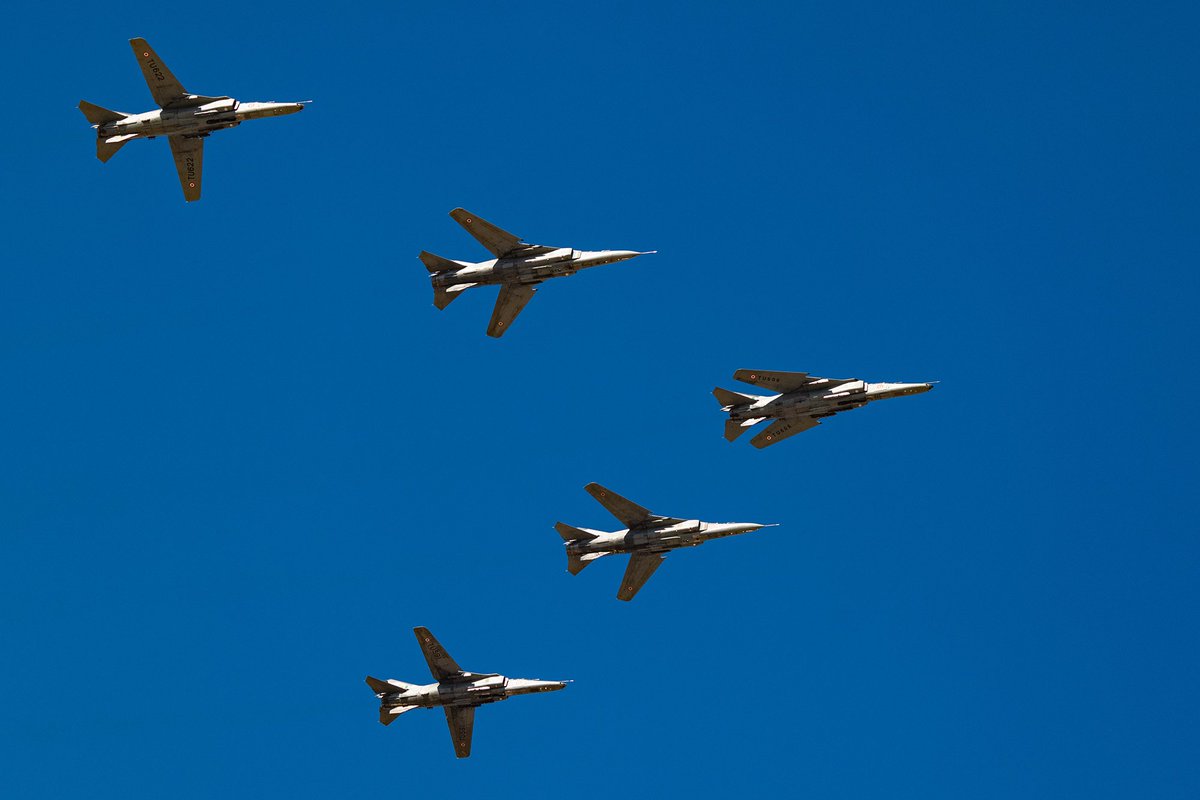 I must admit, I'm still not sure what to think of this !?

But honestly, will India indeed scrap all Tejas Mk. 2 development and begin with a de facto clean sheet design? When will this be ready? in 2028+ ... and then a fourth generation type??

There is absolutely no way that the Tejas Mk2 MWF development will be scrapped. I don't believe anyone even suggested that in the article. The MWF design was frozen last year, the prototype's metal cutting is to start in February 2020 and tenders are already out for mission simulators to be built. The Tejas Mk2 MWF project was FUNDED, which is a big deal, and the IAF has committed to acquiring those jets, citing ~ 200 units. The numbers may change, go up or down, but the project is not in jeopardy.

What happened is this-

Posting the images that Vishnu Som posted on Twitter

As pointed out by Grp Cpt HV Thakur on Twitter: 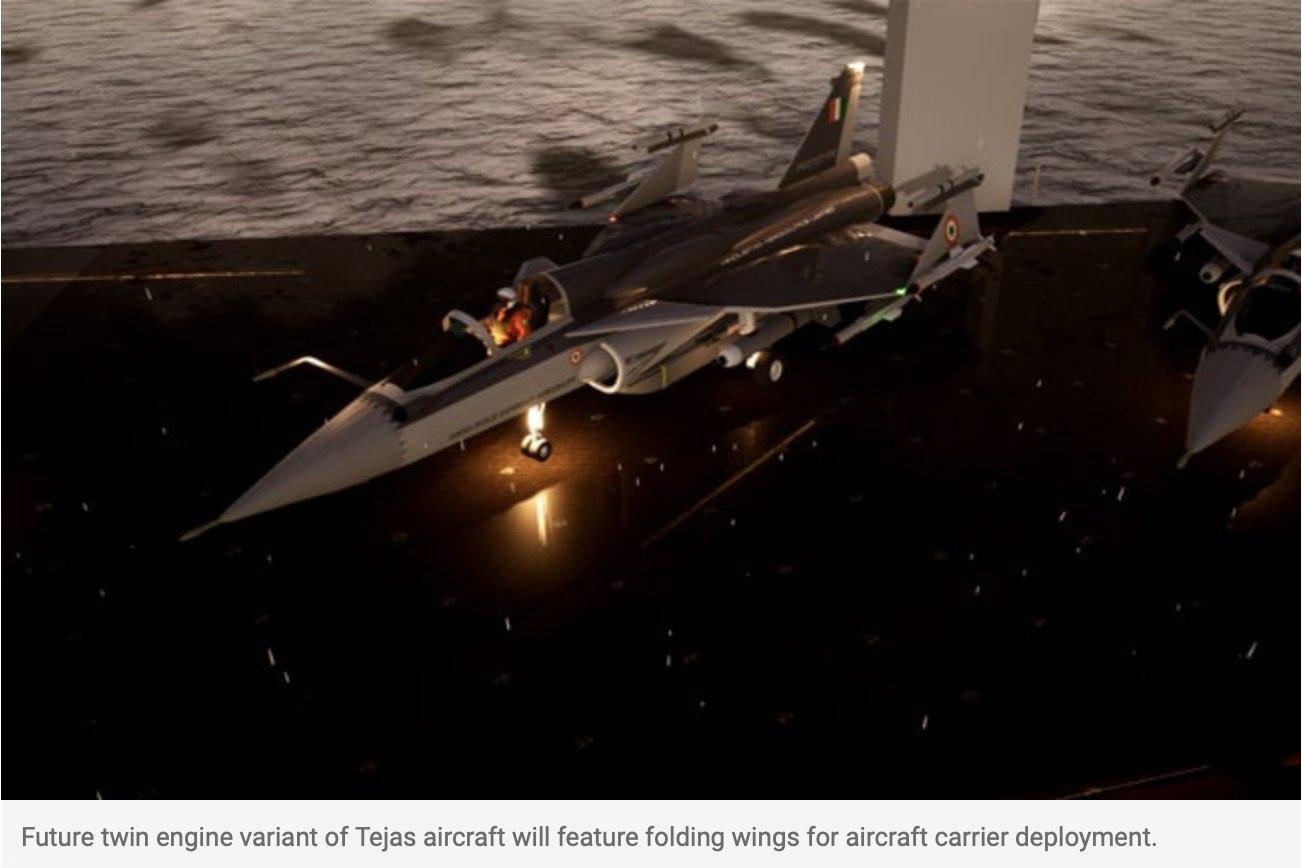 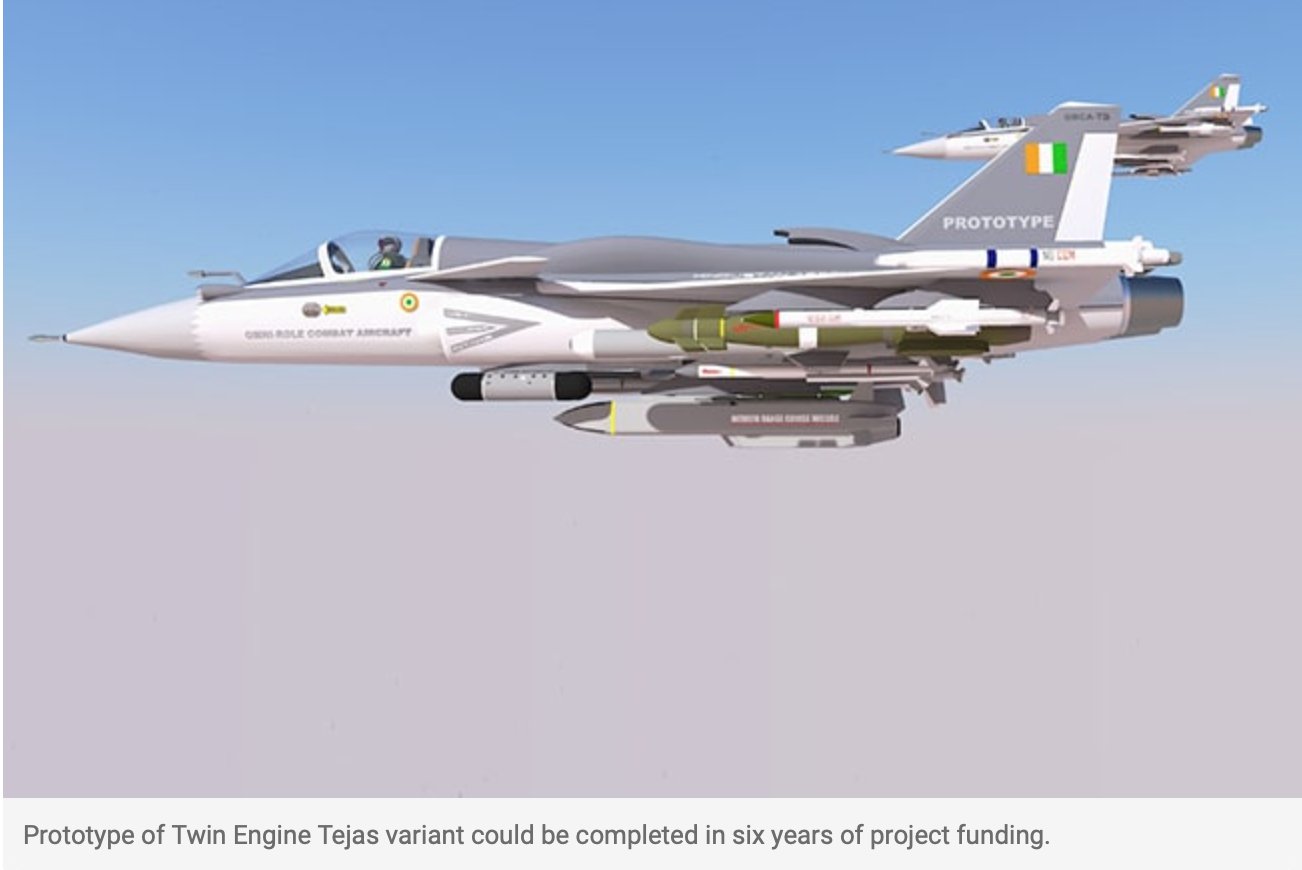 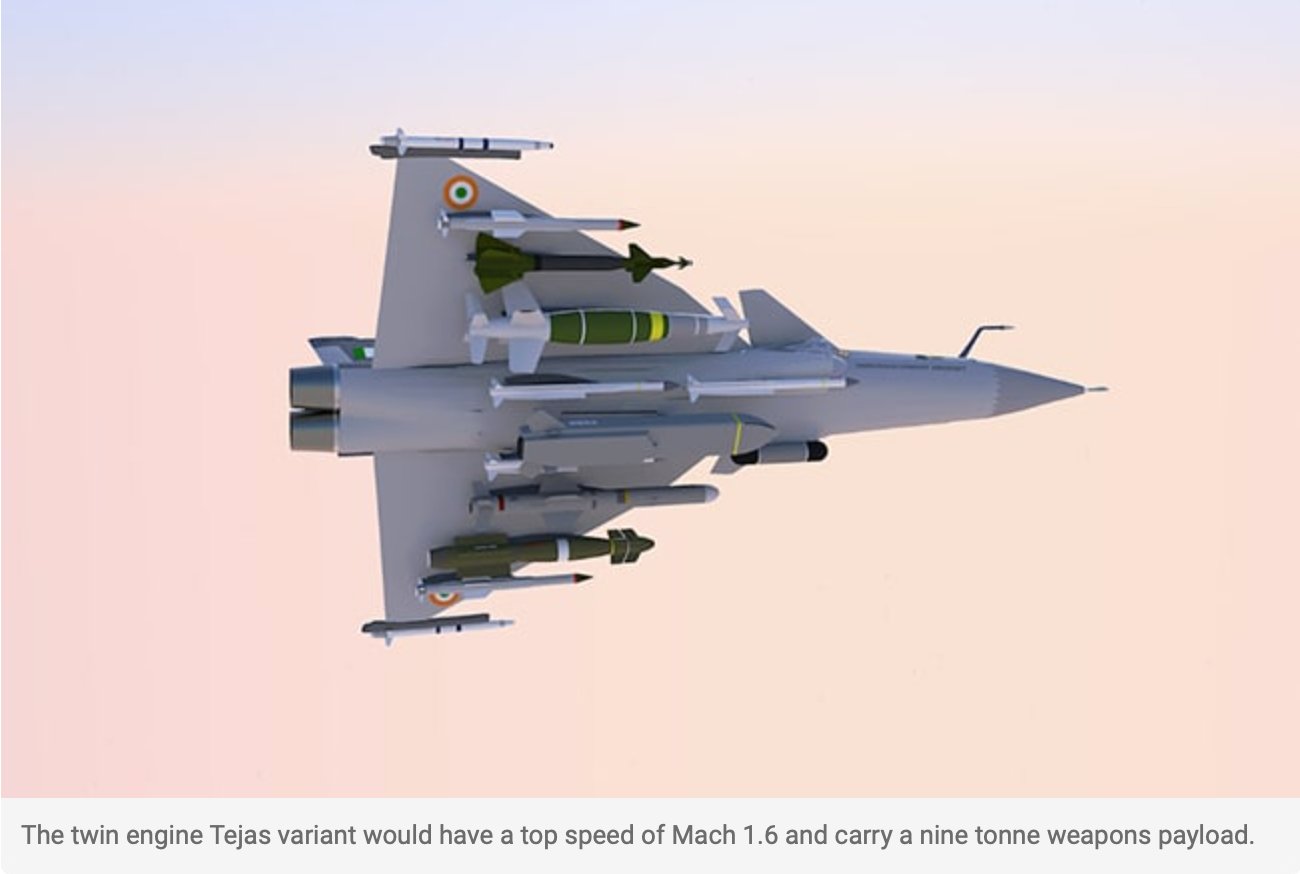 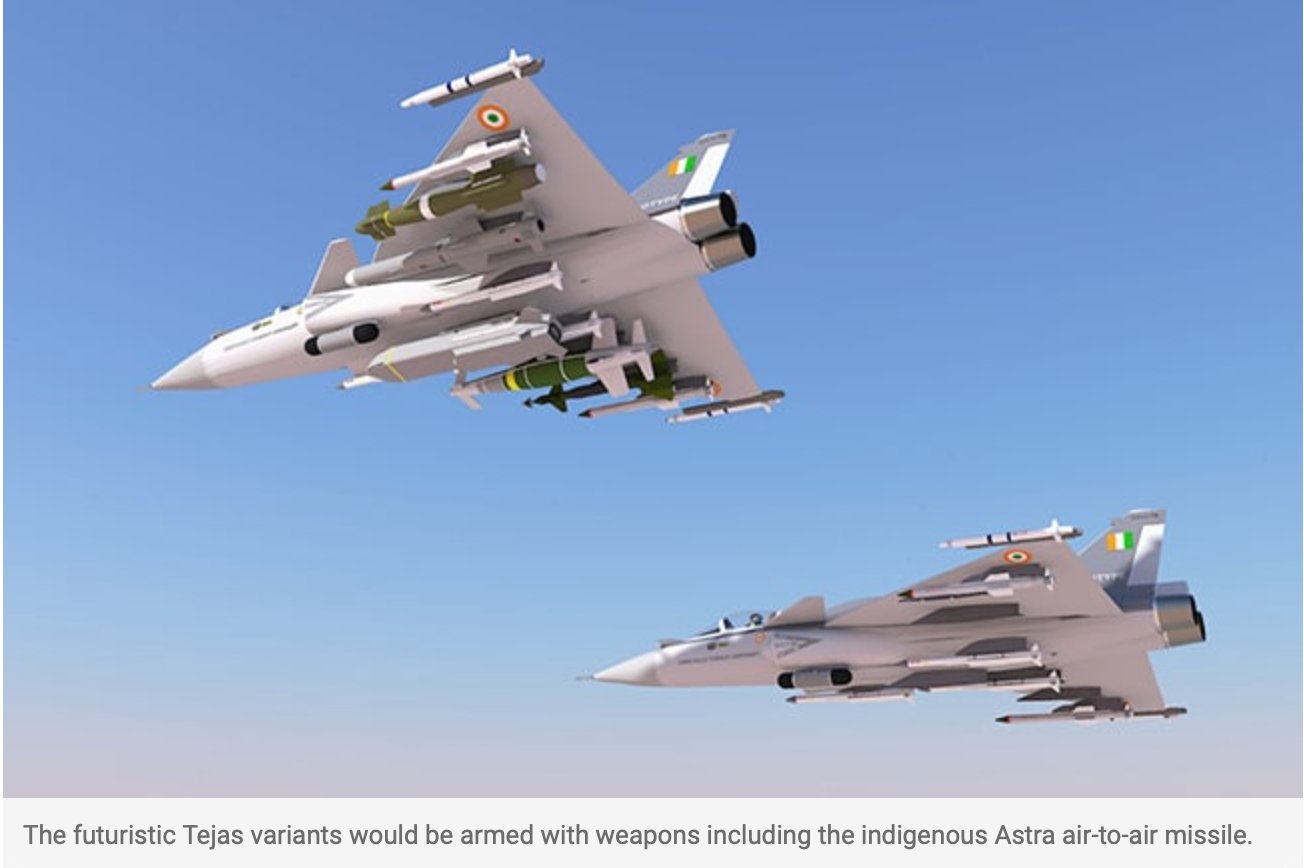 We'll see more refinements coming through as more studies are initiated on the design.

Interestingly, the 3 BVRAAM missiles that are shown hanging under the fuselage hardpoints, are based on the indigenous Solid Fuel Ducted Ramjet (SFDR) program that has seen a couple of test firings and is in development phase. Can be confused with the Meteor BVRAAM.

What engine is planned for this TEDBF/naval deck based fighter?
Clearly not F404/F414 engines, as those won't fit as shown by Deino on his Twittererer I think.

I remember how you were scoffing at the position of the canards on the CFD model of Tejas Mk2 saying that it couldn't be positioned there. Even back then I had told you that the canards would be able to move within the range of motion planned given that it was part of CFD studies, but you were insistent that it couldn't be done. Obviously, the angles at which you look at them doesn't reveal all the details that a CAD model does to whoever is making them.

While this is very preliminary, rest assured that there are smart guys who're doing this and will account for such details that will obviously make a big difference to a design, such as where MLG will be placed and what it's kinematics will be like.

See the first rendering of the TEDBF on a deck. There's MLG. Those weapons that are hung off are purely representational and don't mean as much as to where the hardpoints and pylons will be eventually - what is being done with this model is to aid in studies for sizing the eventual design. Length,  wing span, etc.

There will be considerable refinements required to the wing-body blending on the underside and more details will be designed then. I even feel that the shape of the canopy and the region just aft of the canopy is different than on the MWF - which I would expect to remain the same on ORCA/TEDBF thanks to the fact that it took a lot of optimization studies to arrive at the new shape to improve the area ruling.

As Deino pointed out- if those are F-414s as TEDBF was supposed to have, then the nozzle size is off in relation to the length of the fighter. It is more like the M-88s on the Rafale.

So, just preliminary renderings and not too much should be read into it, other than the fact that there is some work going on for a twin engine 4.5 gen Tejas derivative fighter that will likely be a canard delta.

Yes I pointed out the position of the canards. And indeed they added some structure to rectify that problem if you remember.

If this is again just some unrealistic visualization, why bother with that? Why not simply show a realistic concept?
OK,  to be fair I guess these renderings are intended for a different target audience. But still it makes it harder to take it seriously, and that is unnecessary imho.

If anyone would like help clarify, I have lost track of the number of indigenous fighters that might be produced and engine / engine thrust requirements

Thanks for any responses clarifying last 3.