IAF should receive the following fighters in 2020:

Tejas Mk1A order may be signed at DefExpo 2020 next month.

IAF Rafale jets in France. Intense work up period for the training of the first sets of IAF crews

pic credit in the image itself 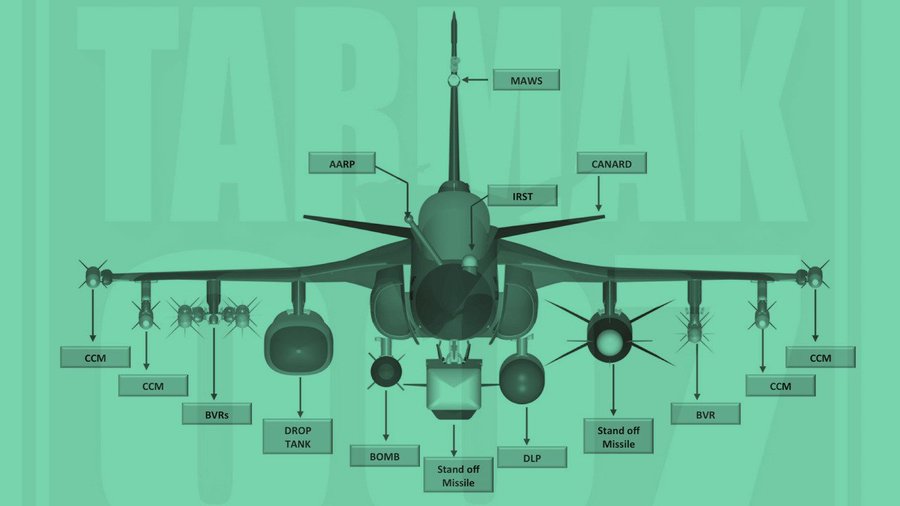 AMCA to go into detailed design phase for the first prototypes (Next Gen-Tech Demonstrators -NGTD)) within a few months. Latest iteration of the AMCA design, with DSI intakes a new forward swept intakes like those on the F-35. Neither of these were seen in the iteration displayed in February 2019 at Aero India 2019.

Lucknow: India's inspiring attempt to develop a 5.5. generation, twin-engine, single-seater, multi-role fighter Advanced Medium Combat Aircraft (AMCA) will enter a crucial phase with the detailed data generation process for making prototypes set to begin in the second half of this year.

The sanction for the design phase was accorded in December 2018 with an allocation of Rs 400-crore plus after successful completion of conceptual design and feasibility.

Ahead of this, Rs 90-crore plus was allocated for the feasibility study.

The AMCA is being designed and developed Aeronautical Development Agency (ADA).

Sources privy to information about this highly-sensitive programme confirmed to Onmanorama that the design phase is nearing completion.

The scientists have made few changes to AMCA design and are now focussing on fine-tuning plans ahead of wrapping up the design phase.

In the next two to three months the design for AMCA will be completed.

ADA plans to develop five AMCA prototypes and will be seeking the government approval towards the end of this year.

The sanction will be critical for making the prototypes, flight-testing and configuration.

While the final cost is still being worked out, the expected funding could be in excess of Rs 10,000 crore.

The first few prototypes will be to check the stealth systems on board AMCA. Advanced technologies will be progressively introduced into the prototypes.

AMCA will be embedded with the Diverterless Supersonic Intake (DSI) system that would give it more stealth and better performance in supersonic flight.

As reported by Onmanorama earlier, AMCA will be initially powered by a 90kN GE F414 engine and later by one with higher thrust of 110kN, which is yet to be developed. If all blocks fall into place, then the first AMCA prototype will fly by 2025.

"The IAF's keenness on AMCA is definitely pushing the project with renewed direction," adds an official. 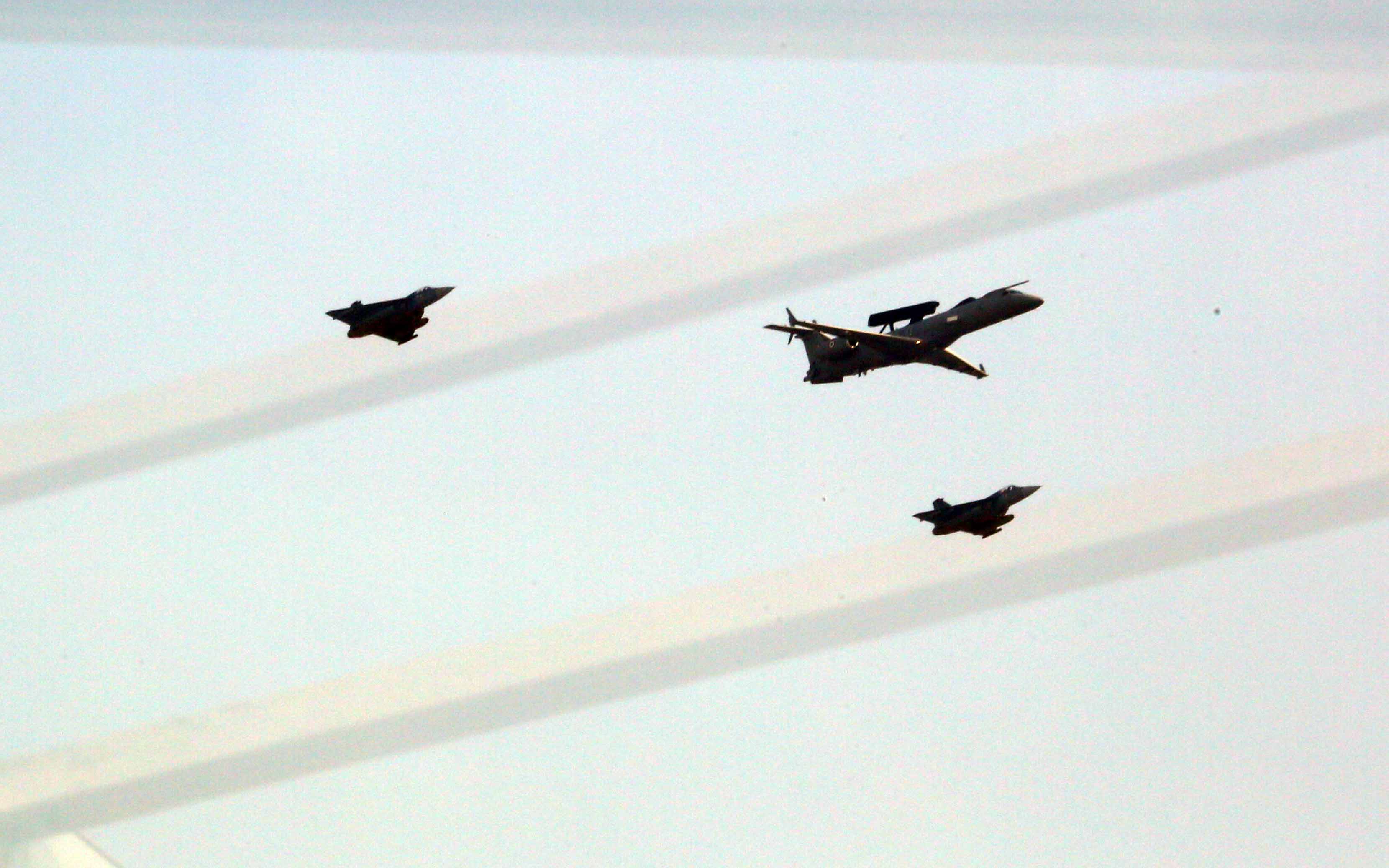 According to Boeing’s Vice President Thom Breckenridge, the company is planning ski-jump testing for the F/A-18 Super Hornet. This claim was made by the vice president at the DefExpo 2020, which is being held at Lucknow (state of Uttar Pradesh) and is directly related to a possible future Bharatiya Nau Sena (Indian Navy) contract for the Super Hornet.

The Indian Navy had issued a Request for Information (RFI) in 2018 for 57 fighter aircraft, intended as day-and-night capable, all-weather, multi-role, deck-based combat aircraft which can be used for air defence, air-to-surface operations, buddy refueling, reconnaissance etc. from IN aircraft carriers. Competitors for this contract are the Dassault Rafale (France), Boeing F/A-18 Super Hornet (USA), MiG-29K (Russia) and the Saab 39 Gripen (Sweden). Scramble Magazine assesses that a twin-engined aircraft will be favored for this role.

Boeing will be conducting their first test-launches of the F/A-18 Super Hornet from a shore-based ski jump in the United States as the culmination of a long-standing message to the Indian Navy that the American aircraft would be compatible with Indian aircraft carriers. Most probably these tests will be performed at Naval Air Station (NAS) Patuxent River (MD), where Lockheed Martin used the ski jump for refining this manoeuvre for the F-35B Lightning IIs operating from the Royal Navy’s new Queen Elizabeth class (QEC) aircraft carriers.

The newly appointed Chief of Defence Staff, former Indian Army Chief of Army Staff Gen. Bipin Rawat's comments on prioritisation and staggering orders to allow for affordable purchases has ruffled a lot of feathers. He suggested additional 36 orders for Rafale in 3-4 years, rather than a massive 114 unit order. While it made a lot of sense, given the massive outlay required for the 114 MRCA ($20 billion plus), it is still to be seen whether the Govt. of India is serious about going ahead with that approach.

With Anil Ambani (the brother of the richest Asian, Mukesh Ambani) nearing bankruptcy, Dassault-Reliance Aerospace Limit (DRAL) is probably also in doldrums. Which might explain why Dassault is back discussing with HAL on possible work share on any additional orders for Rafales.

Indian posters following defence are all suggesting the same approach. Buy 36-48 more Rafale jets in another Govt. to Govt. contract and dump the MRCA since it isn't going anywhere. With the MWF getting the IAF's full backing and supposed to be inducted in huge numbers (170+ units), the MRCA contest doesn't serve much purpose if it is going to perennially delayed thanks to umpteen processes to be followed in such a contest.

HAL back on Rafale radar- talks on making jets in India

Sources have told ET that a few rounds of discussions have taken place between the companies on possible work share for additional orders of the cutting edge combat jet, though there is no going back to earlier discussions that broke down in 2012 over differences in localisation and pricing.

The two aviation companies are old partners, having worked most recently on the $2.1 billion deal to upgrade the Indian Air Force’s Mirage 2000 fleet. If additional orders are placed for Rafale — Chief of Defence Staff Gen Bipin Rawat hinted recently that 36 more fighter jets could be ordered within four years — a work share model could be worked out to manufacture parts for the fighter jet at HAL facilities.

At present, French manufacturers are executing the order for 36 jets and investing 50% of the €7.8 billion contract price in the Indian aerospace and defence sectors as part of the offsets clause, with a factory in partnership with Reliance Defence at Nagpur also geared to produce the Falcon executive jets.

While the contours of a possible partnership have not been finalised, sources confirmed that detailed discussions have taken place on how HAL facilities and expertise could be used for the next round of localisation when more jets are ordered.

In several comments over the past weeks, General Rawat has spoken of staggered purchases of fighter jets in the future, his idea being that small batches would be ordered to ensure that allocated funds can cover the price. The top officer also suggested that 36 more Rafales could be ordered in three to four years to make up for gaps in fighter squadron strength.

The current batch of Rafales on order are following the ‘staggered payments’ model, with India paying for 11 fighter jets every year till deliveries end. If the contract is extended, the staggered procurement could stretch over the next few years to make up for fighter shortages.

As reported by ET, an offer is on the table for the sale of two more squadrons, which means 36 additional Rafale jets, for the IAF. While the deal for 36 Rafale jets signed in 2016 cost €7.87 billion, the additional 36 aircraft could cost significantly lower at around €6 billion as fixed costs covering India specific enhancements, training equipment and infrastructure have already been made.

The two airbases that are being created for the Rafales on order are capable of absorbing additional jets without any change, which would also bring down the cost of the deal. If the Rafale jet deal is extended with the ‘staggered order approach’ it could lead to a rethink on earlier plans of acquiring 110 fighter jets under the Strategic Partnership (SP) model that requires an Indian company to tie up with a foreign collaborates to produce the aircraft domestically.