Rise of the Sea Gripen

With India and Brazil looking at building up their naval aviation forces, it has come to light that SAAB has offered the Sea Gripen version based on the Gripen NG for both countries who are also looking at the Gripen for their air force projects (MMRCA and FX-2 respectively).

India will have two carriers with Mig 29K's and two carriers to be built, though originally it was supposed to have Tejas Naval aboard (the light that they are looking at either Sea Gripen or more 29's shows that this project isn't doing well).

Brazil have recently announced that they are in the market for 2 new carriers to support their naval efforts (this is part of a far larger naval list that sees 6 new FREMM class frigates and a whole new range of lesser naval vessels in service by 2030).

SAAB have identified a niche in the market saying that there is very little being offered in the way of light to medium range, offencive aircraft on the global market. And unless you are in the Lightning club, your best luck lays with buying secondhand planes and again that will depend on your diplomatic status. SAAB have stated that the basic Gripen has always been designed with quallities that make it idea for Carrier ops:- Short field performance with precise abilities to land in small areas.

The success of the Sea Gripen would also depend on it's affordability, currently the range of naval aviation is akin to outfitting a decent small navy (Rafael, Mig 29K, Super Hornet and lets not forget the F-35B, all costing a mint), SAAB are willing to offer the Sea Gripen on favourable terms similar to it's Current Gripen range which has seen it gain success in economically constrained countires.

My question is, how will SAAB develop such a plane and test it? Will we see a Sea Gripen crossing the decks of the Kuznetsov? (Wouldn't that be a sight :D) Everyone here knows of my support for Project 39, I just wonder if SAAB can really deliver on this one- granted it is very much needed! 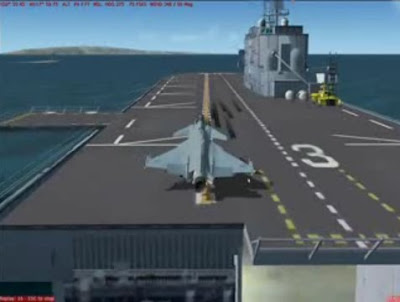