Here's supposedly a test of the YJ-18. Quite interesting to see it doing anti-intercept maneuvering before it hits the target.

If if the sequences before show not only the YJ-83 but also the older 'Kraken' is seen during launch ... but the final hit is (at least said to be) the new YJ-18.

PARIS, June 15, 2014 /PRNewswire/ -- In a company-funded R&D initiative, Raytheon Company (NYSE: RTN) successfully fired the dual-mode GPS- and laser-guided Excalibur S for the first time. Although the Excalibur S was initialized with a GPS target location, it scored a direct hit on a different, or offset, target after being terminally guided with a laser designator.

"The performance of Excalibur S is very impressive and I am extremely encouraged by Raytheon's commitment to the next generation of Excalibur," said Lieutenant Colonel Josh Walsh, U.S. Army Excalibur Product Manager.

This test validated the LST's ability to survive the forces of firing from a 155mm howitzer and then successfully hand off from the GPS to guide to a laser spot on the designated target.

The Raytheon-funded Excalibur S builds on the proven, GPS-guided Excalibur Ib variant. The addition of the LST will enable the warfighter to attack moving targets, engage targets that have re-positioned after firing, or change the impact point to further avoid casualties and collateral damage.

Excalibur S also paves the way for Excalibur Ib customers to upgrade their Excalibur Ib guidance and navigation units with GPS and LST capability. Several international customers have expressed strong interest in Excalibur S, and this same capability can also be incorporated into the 5-inch Excalibur naval variant, Excalibur N5, the company is developing.

Raytheon is planning a live fire demonstration of the Excalibur N5 later this year.

Excalibur is a revolutionary precision guided projectile that provides warfighters a first round effects capability in nearly any environment. Excalibur is cannon artillery's only long range true precision weapon.

Excalibur is a cooperative program between Raytheon and BAE Systems Bofors. 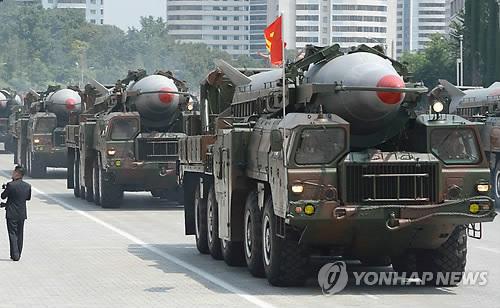 US: Qatar To Buy Patriot Missiles in $11B Deal

Russia To Bolster Air Defense in Belarus With S-300 Systems