Last year I visited the Kiev at the Binhai Aircraft Carrier Theme Park, photos to follow, and have been reading about the ship and its weapon load and recently read a thread by a former navy guy rubbish the class and its perceived abilities outright, claiming that hybrid warships don't work. I am hoping that informed individuals here might be able to provide an accurate assessment of their role and responsibilities within the structure of the Soviet Navy, and whether they would have been effective in a combat scenario that they might have likely found themselves in, and perhaps provide a reasonable counter to such a dismissive summary of the type. 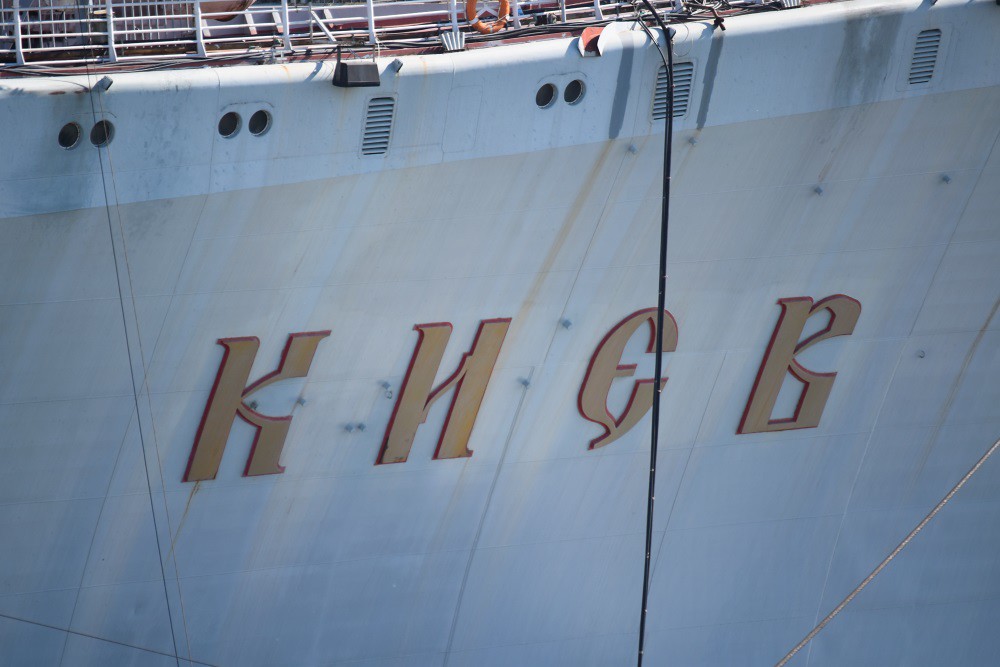 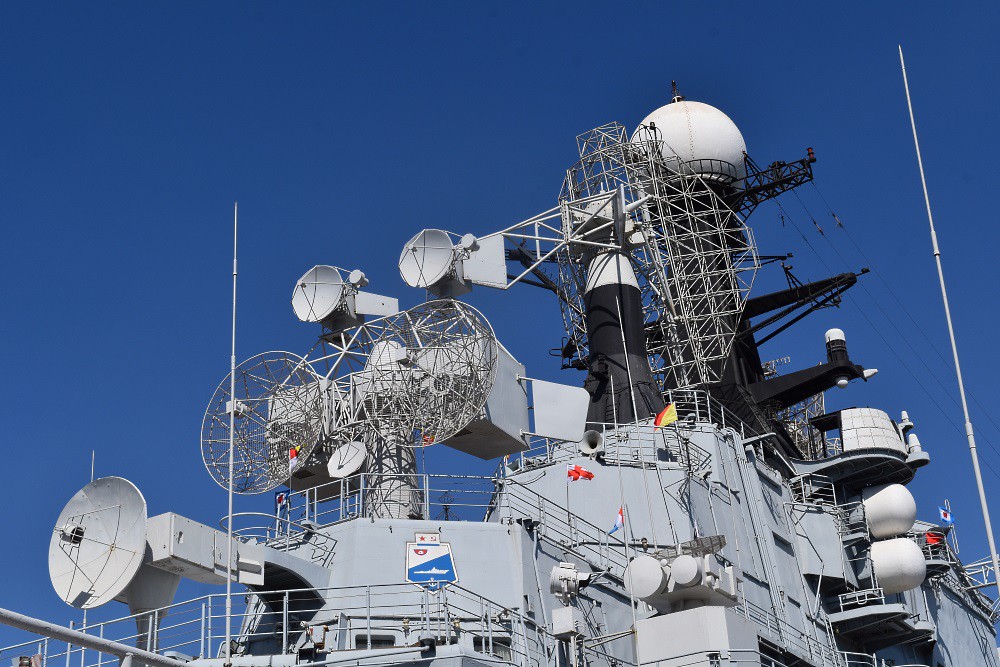 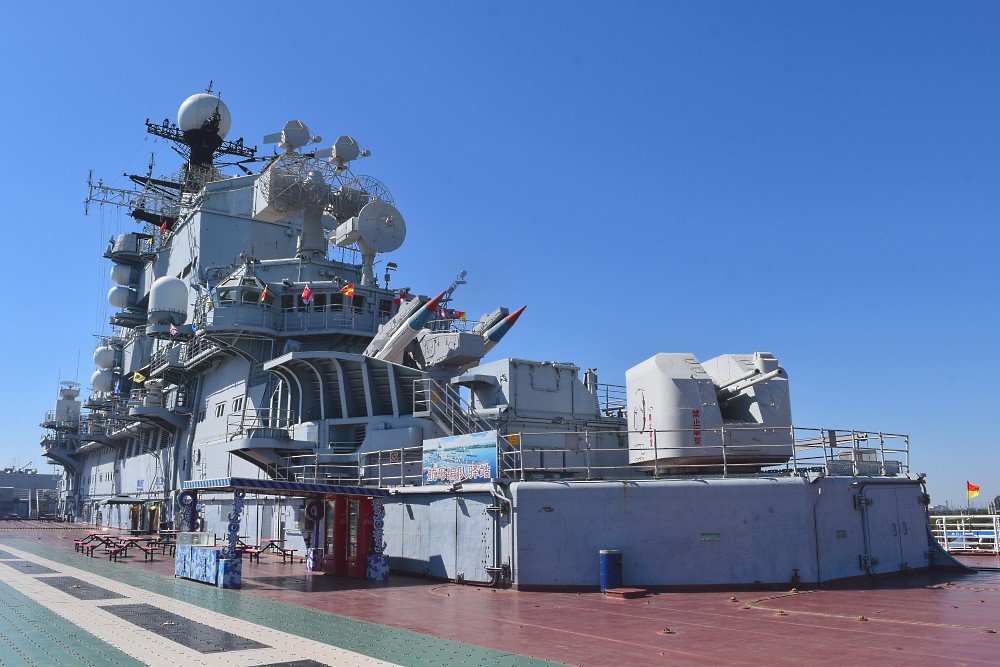 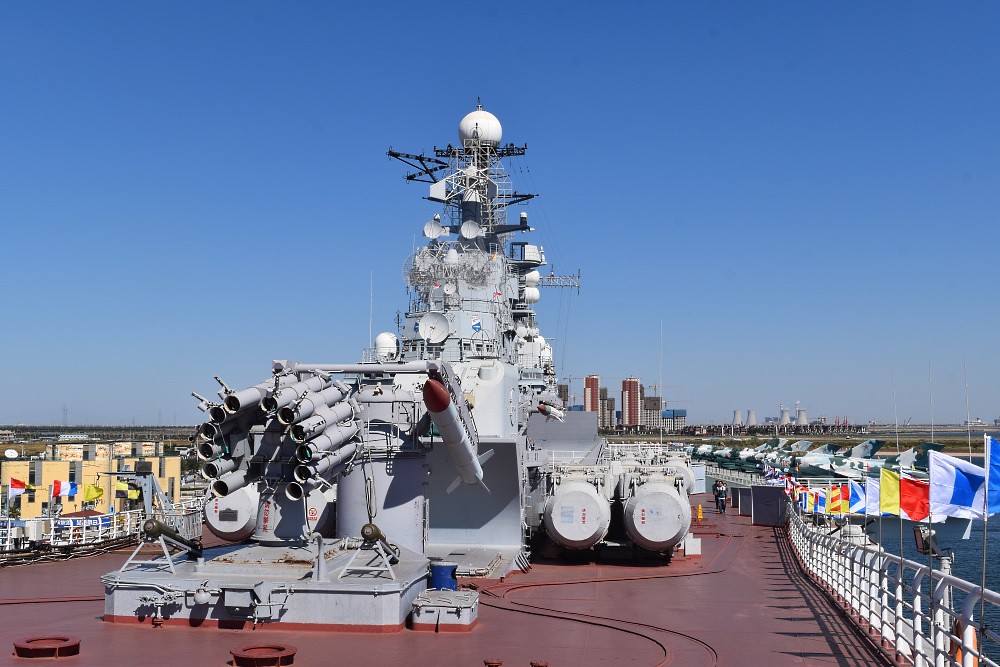 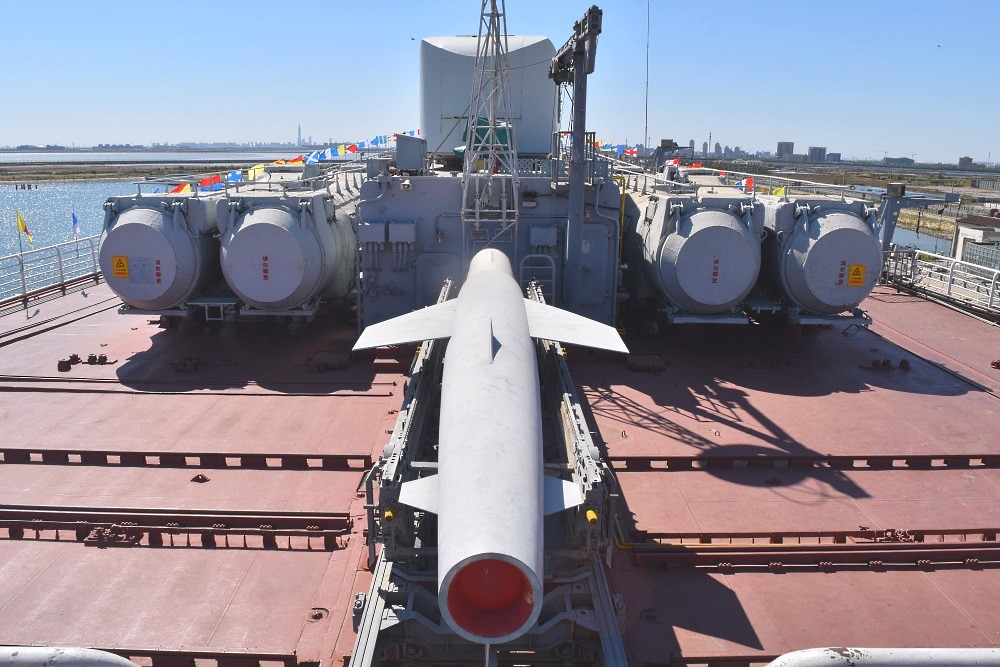 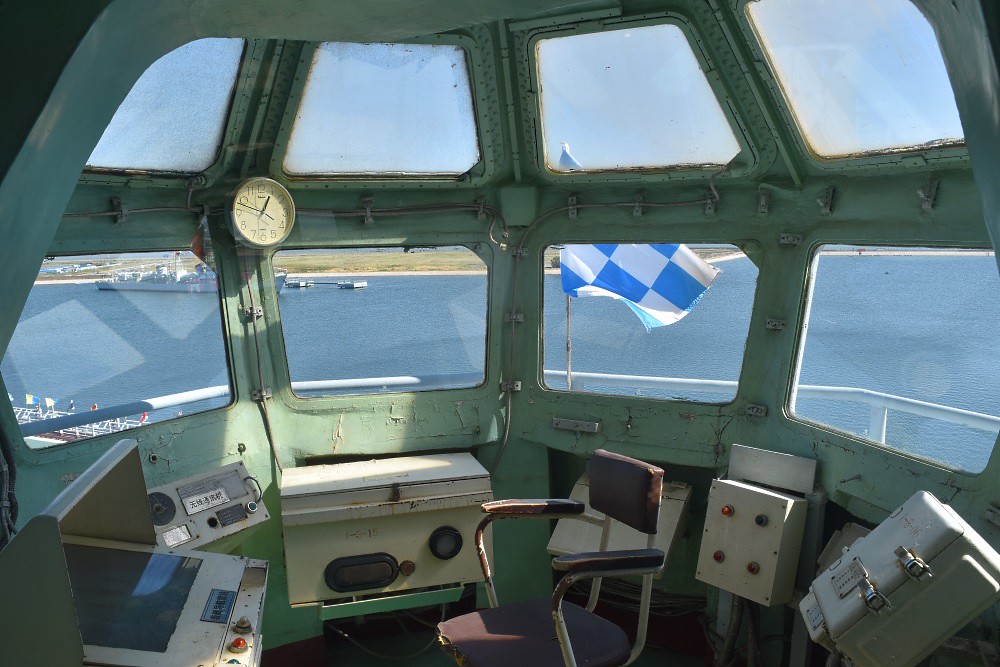 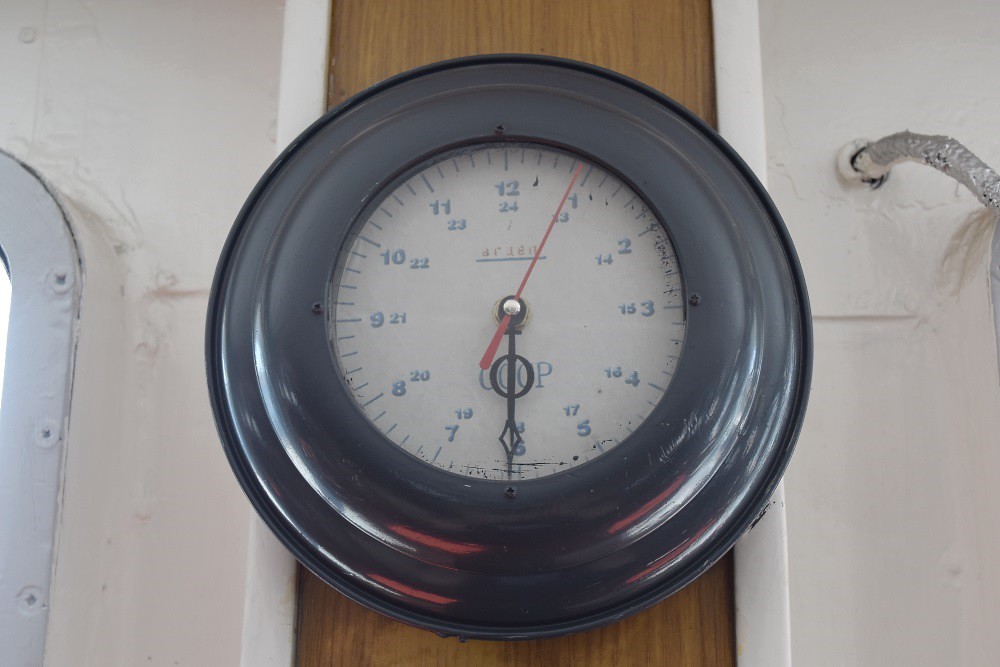 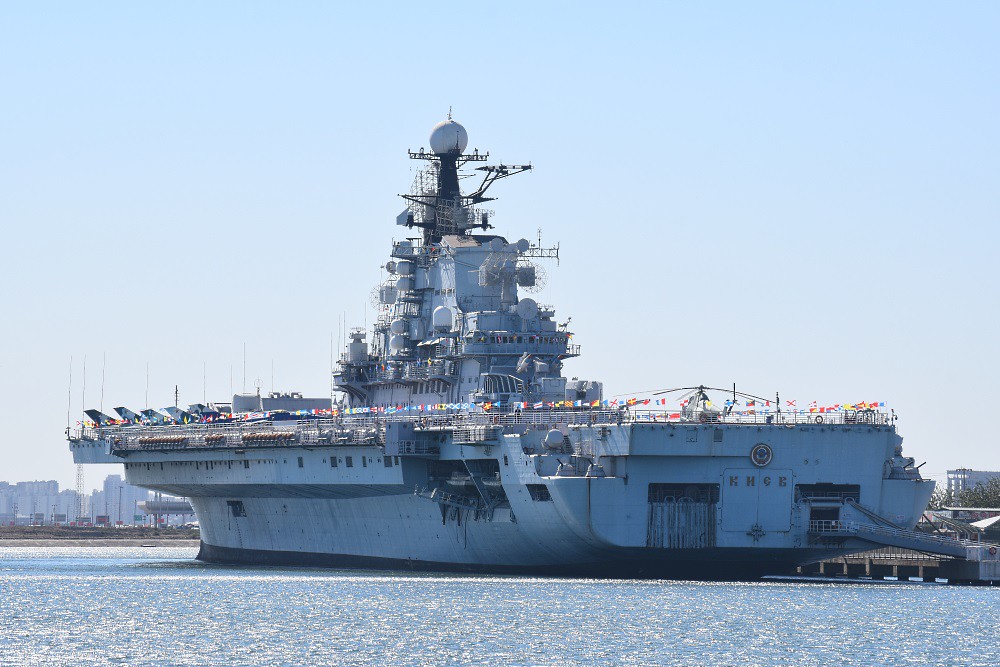 I am surprised China hasn't made clones of them yet

Why should they? Today it is useless. China needs real carriers.

Hybrid carriers were result of doctrinal infighting within the Soviet navy: should the build powerful missile ships to content the NATO fleets, or pure aircraft carriers like USA did, or anti-submarine platforms? So they built a ship to please everyone. There were other similarly compromised ships, most notably Kirovs.

Problem with hybrid carrier-combatants is that when you are being a carrier, you can't perform a cruiser role, and vice versa. Operating the aircraft requires full attention of the ship and the crew, they can't start shooting missiles. So you end up with a ship that is always performing at 50% (or less) efficiency compared to a purpose-built warship for the role. Pretty much every country which has done hybrid aviation ships has eventually moved to pure carriers, and so did the Soviets.
That said, I wouldn't call them 'useless', they were fairly useful ships for the role they were meant to, bastion defense. Their fighter wing was crap, but in a fleet where there were no other carrier support at all, even that small interceptor wing made things easier in many ways. Design-wise, there were weaknesses, most notably poor quality machinery (same which is still in Kuznetsov...) and low freeboard and tendency to trim down by the stern.

Soviet Union had the problem that there were no aircrafts for carriers. Why should they build real aircraft carriers from the beginning on? There were no experiences with aircraft carriers! It was an evolution from the first experiments, the Kievs, to the next evolution, the Kuznezovs, to the real big carrier, the Uljanowsk class (Project 1143.7). When the Kievs were build, the only usable aircraft was the Yak-38. With the new generation of aircrafts of MiG-29 and Su-27 types it was possible to make convincing carrier aircrafts out of them. The Yak-38 were to intercept ASW aircrafts, not fighters. The Kuznezovs were build to give the Fleet the ability to defend against fighters. The aircrafts on Kuznezov were not intended for attack. This was the job of the big missiles. With the Uljanowsk the USSR would have get the ability to use heavier weapons on their aircrafts with a longer run and catapults. It was an evolution not a self restriction.

That's it? One response? Oh (expectations higher than reality...).

Well, here's what I've been learning about the Kievs. The whole hybrids can't do anything well argument would fly if it weren't for the fact that the Kievs were very well armed and were very capable at their specific roles. Firstly, the Kievs were a compromise, but their defined roles were anti-submarine and anti-ship with an aviation complement. The Yak-38 was not overly capable (fighter wing? It was an attack aircraft first and foremost, despite having the ability to carry AAMs), therefore it could only ever be support for the ship's primary mission. Let's look at that.

The Kievs' main armament were their P-500 cruise missiles. These were deadly; supersonic and nuclear capable, with in-flight over the horizon guidance offered by Ka-25 helicopters. There was no Western surface combatant that had such a capability (8 launchers, 12 on the Baku), nor did any have an ability to provide complete countermeasure (CWIS were not routinely fitted to Western warships during the 70s, in the 80s this was implemented, whereas the Russians had been festooning their ships with 30mm remotely operated rotary cannon for years). Once a salvo of 8 had been launched, all would need to be brought down; just one hit would destroy a carrier. And then there are reloads, up to 16, possibly more. There's also two twin 76mm gun turrets. Then there's their anti-submarine capability. Detection wise, the Kievs had low frequency active sonar in the bow and towed VDS from the big doors in the stern, as well as the Ka-25s and their dipping sonar for pin point detection; the helicopters also had surface search radar. Offensively, the Kievs had a twin guided anti-submarine rocket launcher, two banks of 5 torpedo tubes in each beam and two 12 barrel unguided rocket launchers. That all amounts to pretty formidable capability.

Now, the aviation element. We've examined what role the helicopters played, but the Yaks were a little less clear. In a Russian language book I have on the Kiev, the Yak-38 is described as a 'Shturmovik'; its an attack aircraft. It has a small ranging radar in the nose, but it was limited in capability and could be used in conjunction with a load of two or four IR AAMs for attacking helicopters or AWACs aircraft, but it wasn't designed as a fighter interceptor. The Yak-38 was a simple V/STOL attack platform and structurally was designed to be as light as possible, therefore could only have a limited capability; it was only ever intended as being a support type to the ships it operated from and the intent was always that a far more capable replacement was to be introduced. The Yak-41/141 programme ran out of funding on the dissolution of the Soviet Union. Once approval was given in 1979 for rolling take-offs, its load carrying capability doubled. The Yak-38s were capable of carrying tactical nuclear bombs and although one prototype did trial fire anti-ship guided missiles, I'm not sure if the service Yak-38 had this capability. They could carry bombs, either 2 x 500 or 4 x 250kg bombs, four unguided rocket packs and 2 x twin cannon pods, as well as up to 4 IR AAMs. Their performance however was underwhelming, as in warm weather they were unable to carry even a basic load and during trials in Afghanistan they were found to be unable to fly in the high temperatures! In service accidents were high, but casualties were low thanks to its automated ejection system. The aircraft also had an effective autopilot function that acted as autoland, providing almost hands off landing ability. It is worth remembering that the Kiev was the first carrier to introduce a fixed wing VTOL capabilty into service, four years before the Sea Harrier entered the RN, but the same year the US Marines trialled the AV-8A aboard ship for six months.

So, in effect, the Kievs were very capable warships with a formidable armament and sensor array, far more capable than any sweeping generalisation about hybrids would ever allow. In practise, the Kievs would have operated as part of a battle group, either in the defensive role they were specially tasked for or otherwise, therefore they would very rarely be called on to carry out all of their roles at once. In bringing an aviation element to an anti-surface/submarine warship, the Kievs foreshadowed the concept of the cost effective 'Harrier Carrier', which six navies have since adopted; they come close to US Admiral Zumwalt's Sea Control Ship in defined role, even the Invincibles were classified as ASW carriers, the Kievs had the same aircraft count, but were far more heavily armed. It has to be remembered that in the 70s and 80s, the West did not have an equivalent in the Kievs, therefore they should not be defined as aircraft carriers with a heavy warload, as we would compare them to Western ideas, but as heavy cruisers with an aviation capability in support of their primary role, as they were intended.

As for mechanical issues, this seems to be a problem that every large Soviet warship was plagued with; nevertheless, In a combat situation, no navy strategist would rest on the fact that the enemy's ships might be a little unreliable! Not with the armament fit of the Kievs.

Can these missiles have a secondary function as anti-ship missiles ( ASUW) ?

The last versions of Shtorm-H with the V-611M missile was able to defeat AShM, like the last version of Osa-MA1. I couldn't find verifiable data about the use of Shtorm against Ships.

Well, the Russians were underestimated during the Cold War. But don't think that every shoot was a hit. Even today SAMs are not perfect and can not guarantee a 100% success.

^ the Shtorm was a pretty big missile with a respectable range , maybe thats why ASW ships like Kara and Kresta II were not given 4 inch guns or dedicated missiles for ASUW work as both had > 40 shtrom missiles and in case of emergency can be used for ASUW work
what do you think ?

Its also worth remembering that Soviet ships (and indeed Russian ones now I believe) never went down the lightweight torpedo route, keeping proper heavyweight torpedos.

And of course Soviet-era Navy was not short of BIG AShMs and submarines.

All three of which are much better suited to sinking a skimmer than medium calibre guns are.

I've just come across this thread - I had never realised that the Kiev was at Binhai. 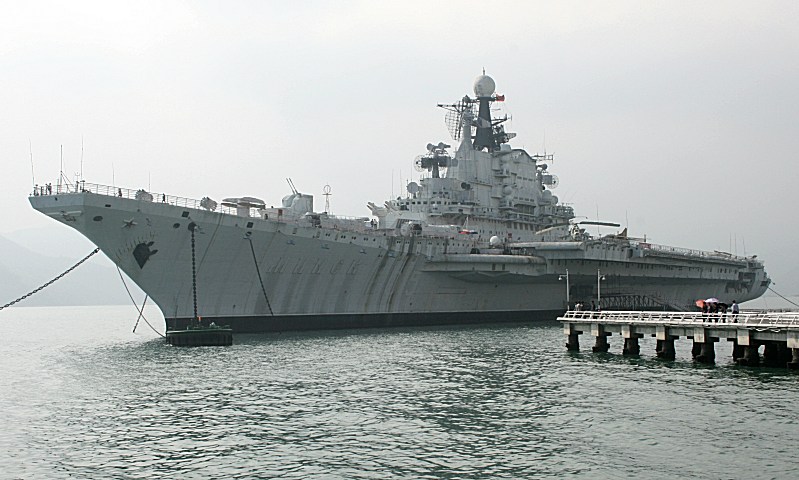 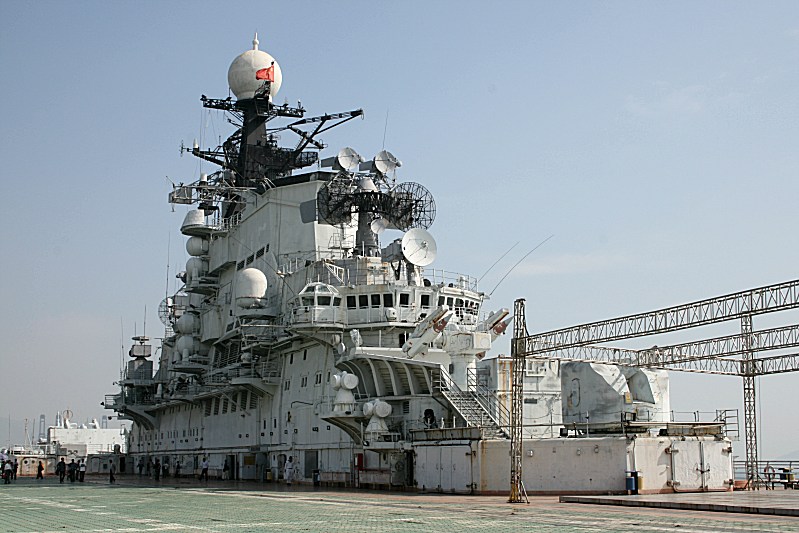 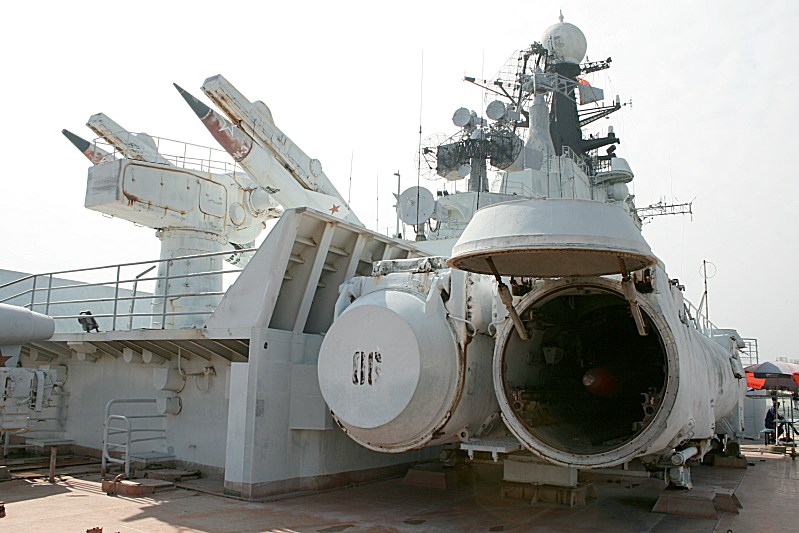 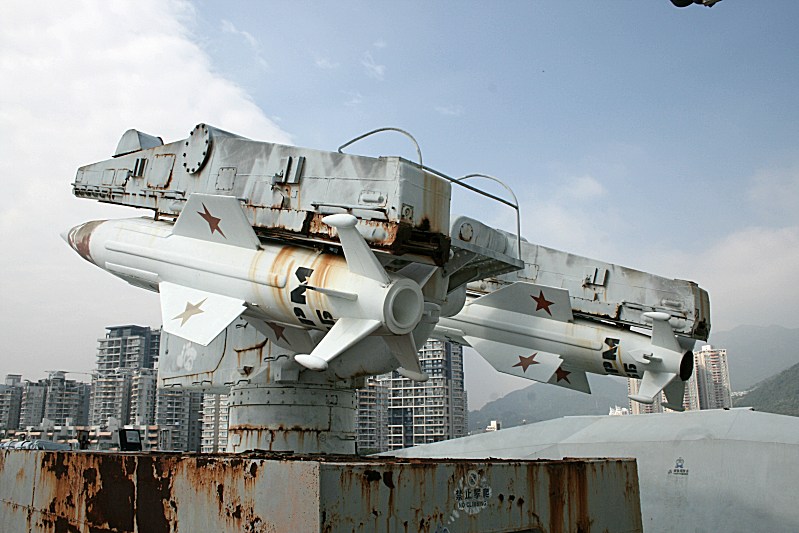 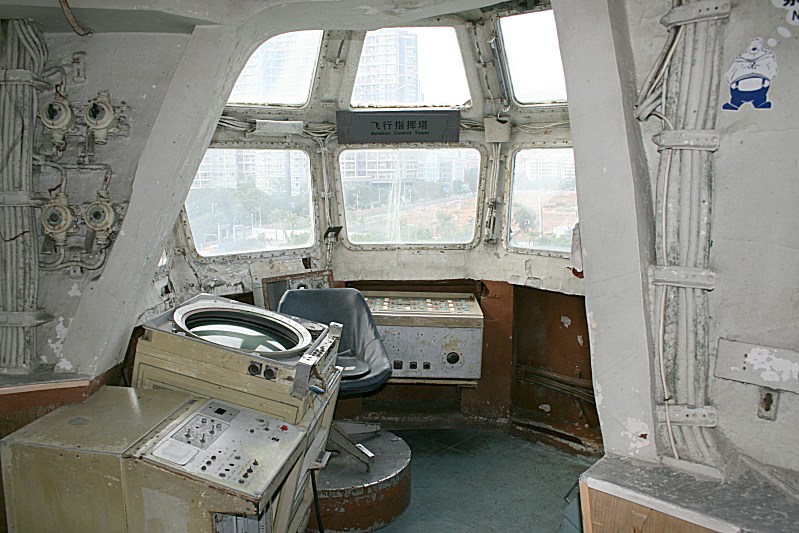 In 2010, we visited the 'Oriental Green Boat Park' in Shanghai - where they have this aircraft carrier....

Actually, it is my photo-manipped image of this... 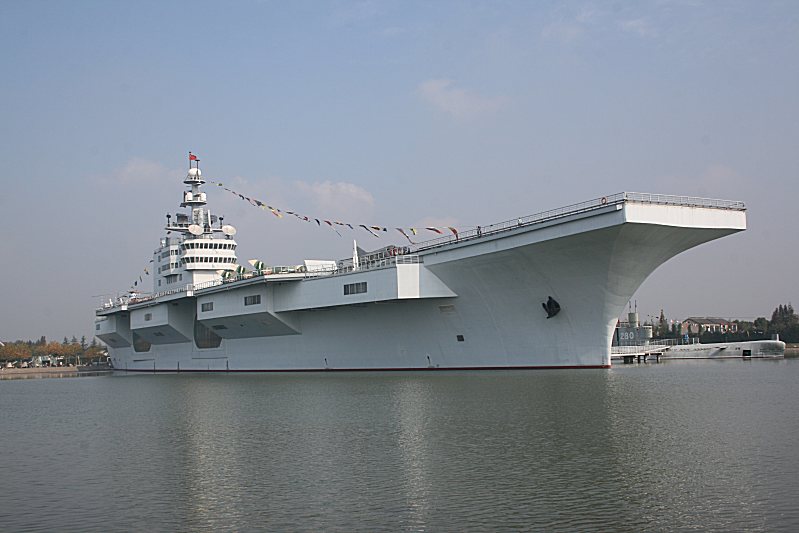 A complete Kuznetsov-style carrier made entirely of CONCRETE!!!!

With a compement of aircraft - including this Q5 Fantan..... 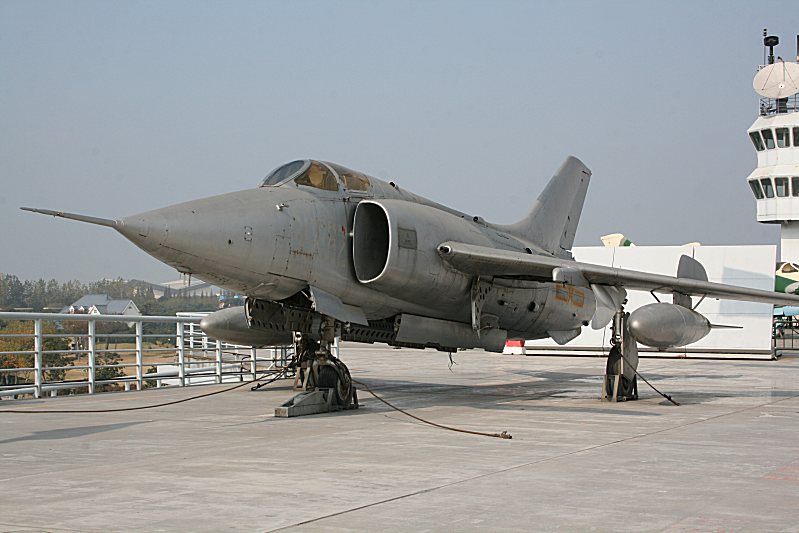 It's been awhile since I was on this forum. Interesting discussions about the missile types. The Harpoon is certainly a match for what the Russians were doing, but remember that the Soviet Navy was fitting these big missiles aboard their cruisers long before the US Navy was and the Harpoon became standard.

Anyway, the Minsk looks a little dilapidated. I heard it was not accessible to the public anymore because of work being done to it, so nice to see your images, Ken.

I have also been to Oriental Land: 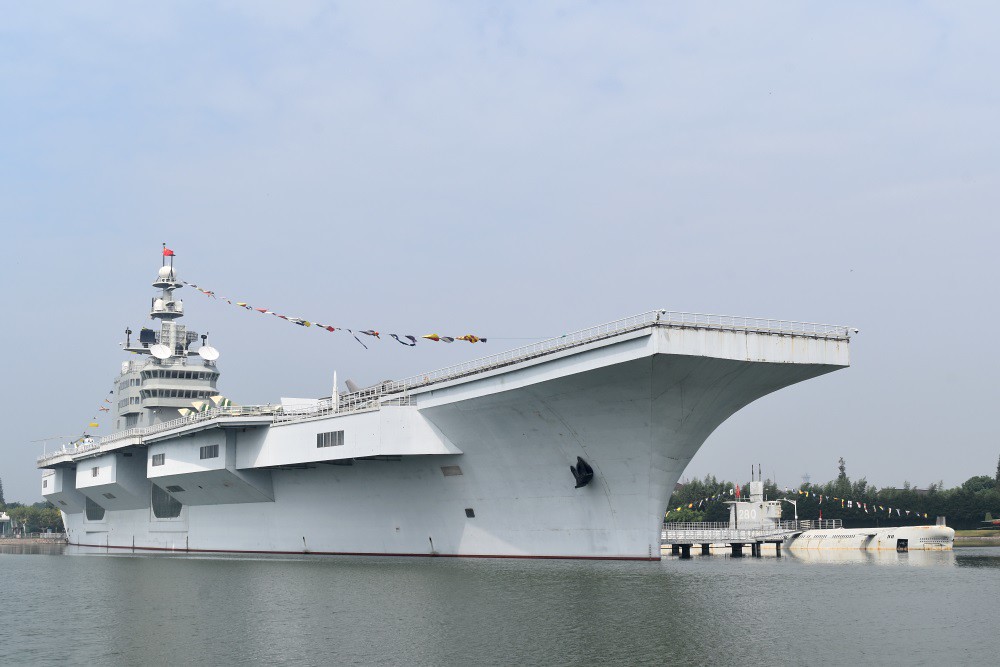 That radar fit is far too ornate to be a mock-up. I found out the facilities were used by the military for training, indeed, while I was there, there were lots of army cadets 'on board', all waving and saying 'hallo' and being distracted by the token Westerner wandering about, to the scorn of their commanding officers. More carrier capable Nanchang Q5s. 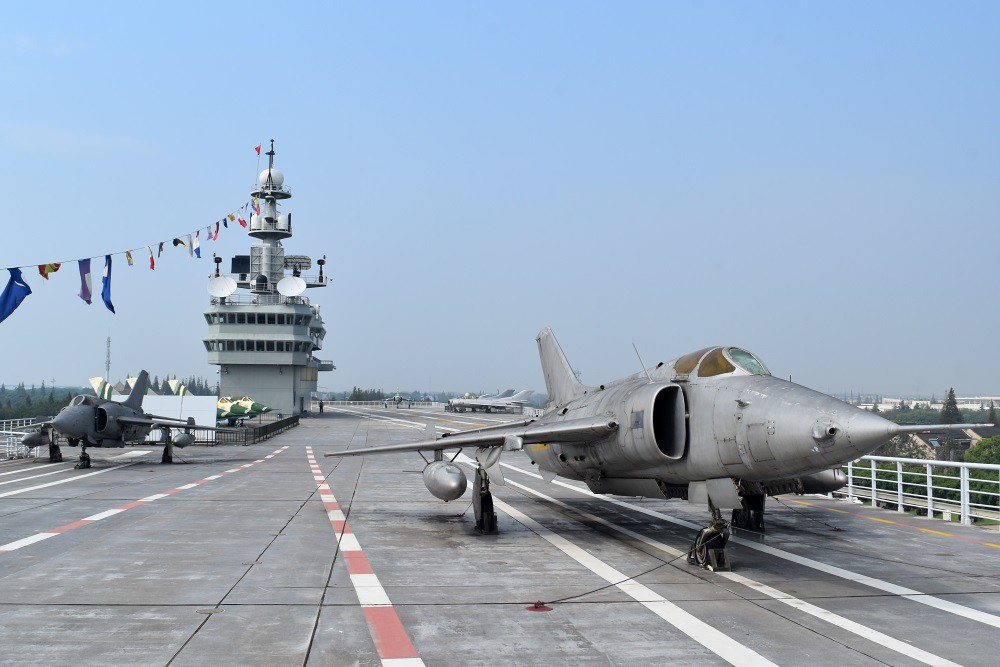 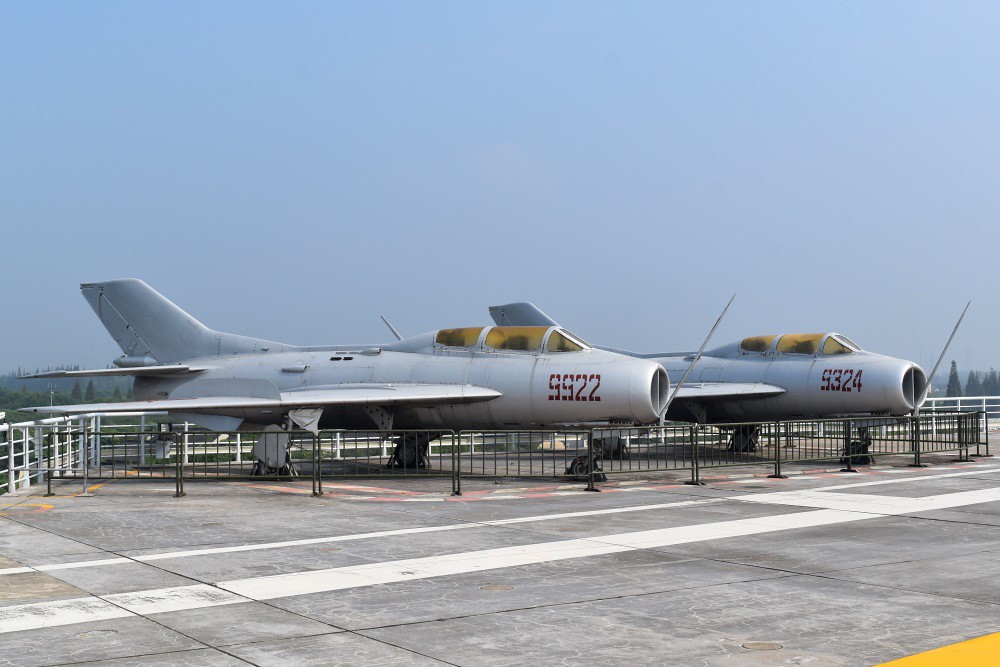 On the subject of the Harpoon and CIWS: 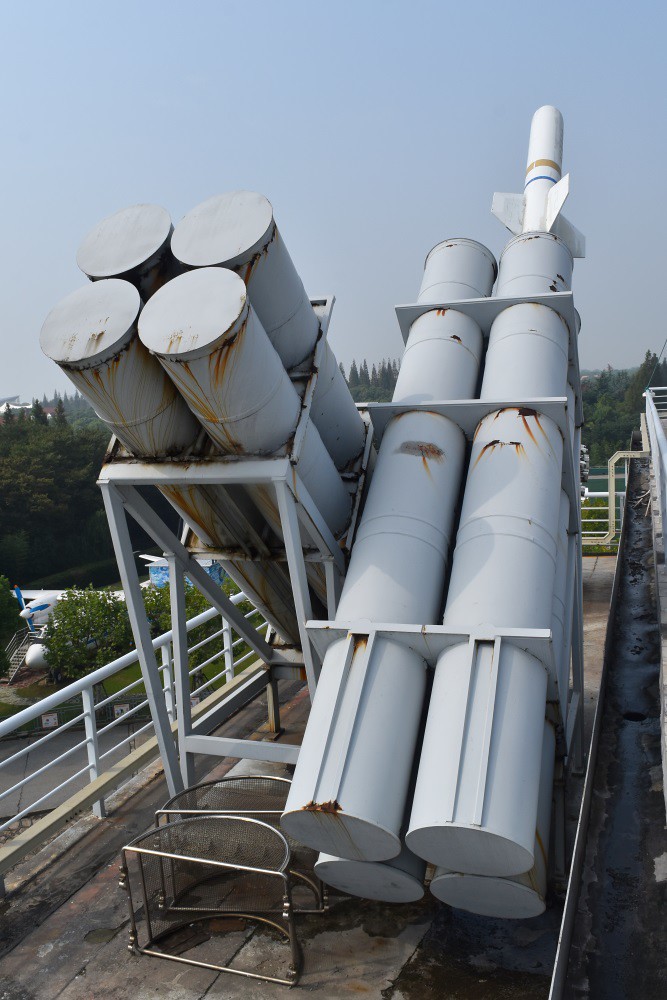 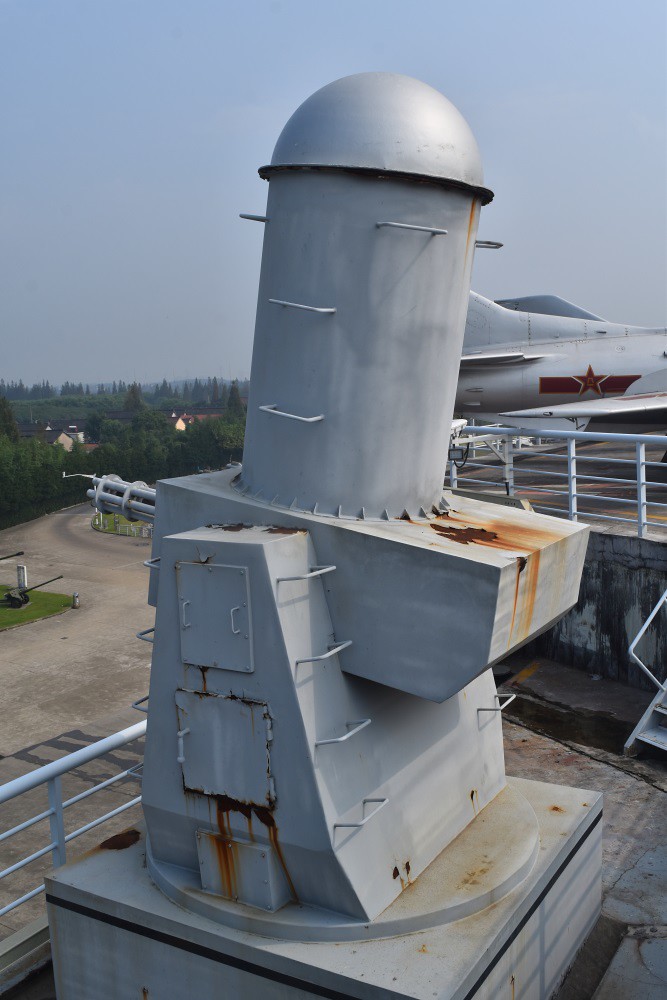