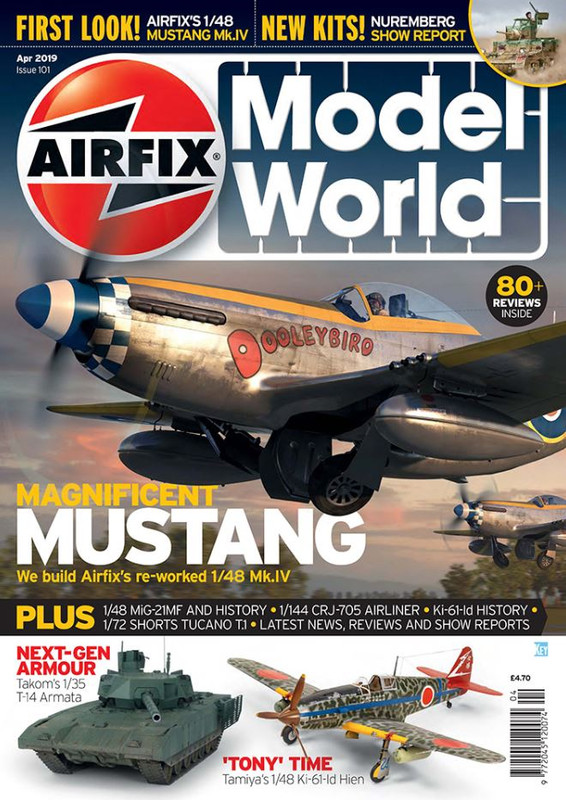 In Focus – Troublesome Tony
Malcolm V Lowe delves into the history behind the Kawasaki Ki-61 Hein, known to the Allies as the ‘Tony’.

Out and About – Nuremberg News
Editor Stu Fone discovers the kits and accessories being released in 2019 at Europe’s largest toy fair, held at Nuremberg’s Spielwarenmesse.

Out and About – Thriving Oop North!
The 2019 model show season got underway in spectacular fashion at the University of Bolton Stadium’s Premier Suite in late January.

Out and About – On The Road Again
Wakefield and District IPMS moved to a new venue in Halifax for this year’s show, but there was still plenty for modellers to enjoy.

Pick up your copy now, direct from www.airfixmodelworld.com or in leading newsagents. Alternatively, you can download a digital edition here - bit.ly/2duSqMp