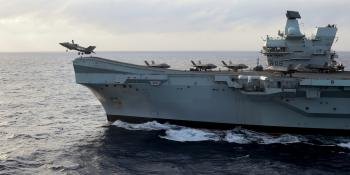 Equipped with British and American F-35Bs, HMS Queen Elizabeth successfully completed her first operational deployment in December 2021. US Navy Lt Cdr Rick Burgess (Ret) details the mission through the eyes of VMFA-211 – the USMC F-35B unit that embarked on the carrier – and how it further strengthened the UK-US alliance 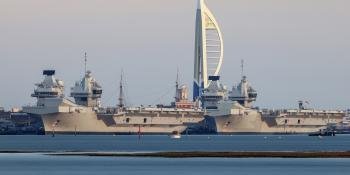 UK carriers could get jet-powered drones under Project Vampire

The UK Ministry of Defence is looking to begin the procurement of a series of jet-powered drones this year that will operate from Royal Navy platforms, potentially including the Queen Elizabeth-class aircraft carriers 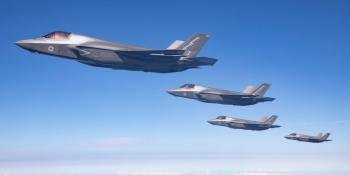 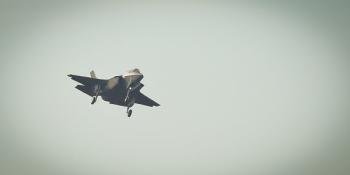 The crash of a UK F-35B Lightning II fighter during take-off from the aircraft carrier HMS Queen Elizabeth (R08) in the Mediterranean Sea recently came only one-third of the way into the planned for risk of loss of an airframe, based on fleet flight hours conducted 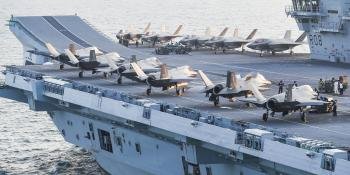 An extraordinary video which appears to show a British Lockheed Martin F-35B Lightning II crashing into the Mediterranean during take-off, has been circulating on social media 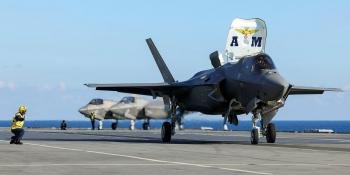 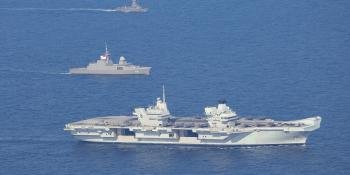 The UK Carrier Strike Group (UKCSG) led by flagship HMS Queen Elizabeth conducted exercises with both the Republic of Singapore Air Force (RSAF) and Navy over the weekend, and will dock in Changi, Singapore, on October 11 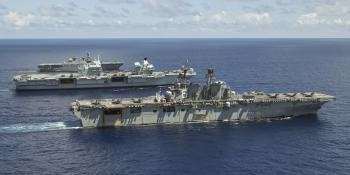 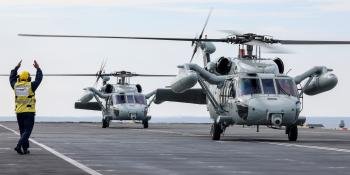 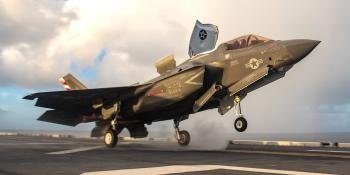