On June 15, the last of three Corsair Boeing 747-400s to arrive for storage at Cotswold Airport, Gloucestershire, ended more than just a 28-year association between the iconic type and the French holiday airline. The retirement also concluded 50 years of French jumbo operations, Air France having received its maiden 747-100, F-BPVA (c/n 19749), on March 20, 1970. We celebrate the queen of the skies’ half-century of French service with a selection of jumbos that wore the tricolore. 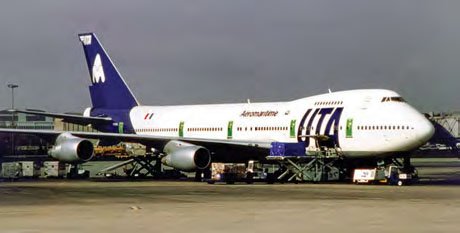 UTA (Union de Transports Aériens) operated 14 747s between 1979 and the company’s merger with Air France in 1992. Half the airline’s jumbo fleet, including F-GFUK (c/n 21251), comprised combi variants while three other 747s were configured as freighters. AIRTEAMIMAGES.COM / CARL FORD