Greece is on track to restore to operational condition four of six Lockheed P-3B Orions that have been grounded for some ten years. The first one will fly by early 2018, Zacharias Gikikas, chairman of the board of Hellenic Aerospace Industries (HAI), said in Washington on October 11.

HAI will carry out periodic depot maintenance (PDM) and a Lockheed Martin-designed mid-life upgrade (MLU). The MLU formed a $142 million programme awarded to Lockheed Martin under a US Foreign Military Sales contract that was started in 2016 and scheduled to be completed by 2019. A third of the dollar value of the work is being carried out by HAI at its facilities at Tanagra and Schimatra, near Athens.

The MLU will provide the P-3Bs with an additional 15,000 flight hours (20 years of service life), a Global Air Traffic Management-compatible glass cockpit with improved avionics, structural reinforcement in the wings and tail, a complete rewiring, a new radar and a new ISI Hellasproduced mission integration and management system. The stored P-3Bs were inspected and found to be without serious corrosion or airframe cracks. Gikikas described the result as, “like a new airplane with modern avionics and sensors”. The first P-3B to return to flight will do so before receiving the MLU and Athens has not yet announced the planned initial operational capability date. The Hellenic Navy will be primarily responsible for their operation, as opposed to the former system where both the air force and navy were jointly in control. Gikikas said: “It is a challenge for our navy, operating a four-engine airplane, and they [ground and air crews] will need to have more flight hours.” The Hellenic P-3B fleet was previously assigned to 353 Squadron based at Elefsis Air Base. David C Isby 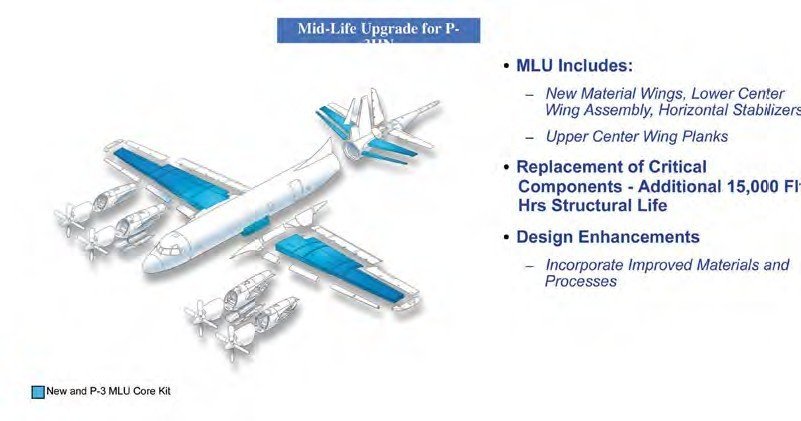