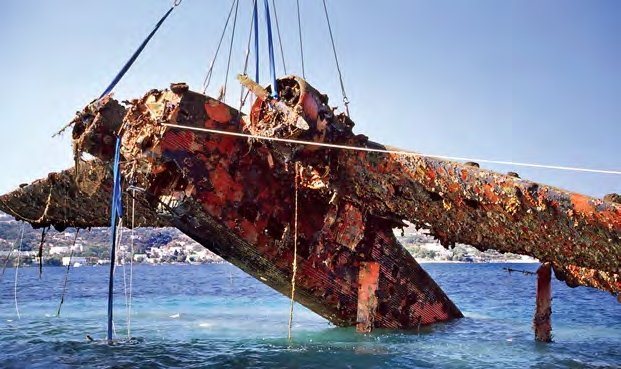 The Hellenic Air Force Underwater Operations Team has retrieved several wrecks from the Aegean, including a Ju 52 of II./TG 2 shot down by ground fire over Leros, on November 14, 1943.

Junkers Ju 88s of an unidentified unit over the eastern Mediterranean.

After an unconditional armistice with the Allies on September 3, 1943, Italy ceased to be an enemy country. British Prime Minister Winston Churchill considered it an opportune time to open a new front in the eastern Mediterranean, thereby increasing pressure against a faltering Wehrmacht and possibly providing encouragement for Turkey to join the Allies. British-led forces were deployed immediately to the Italian-occupied Greek Dodecanese Islands in the southeastern Aegean Sea, off the coast of Turkey.