Larry Kelley talks to Fly Past about his B-25 Mitchell, and tells of an exciting hands-on training programme for pilots and enthusiasts alike. Words by Nigel Price 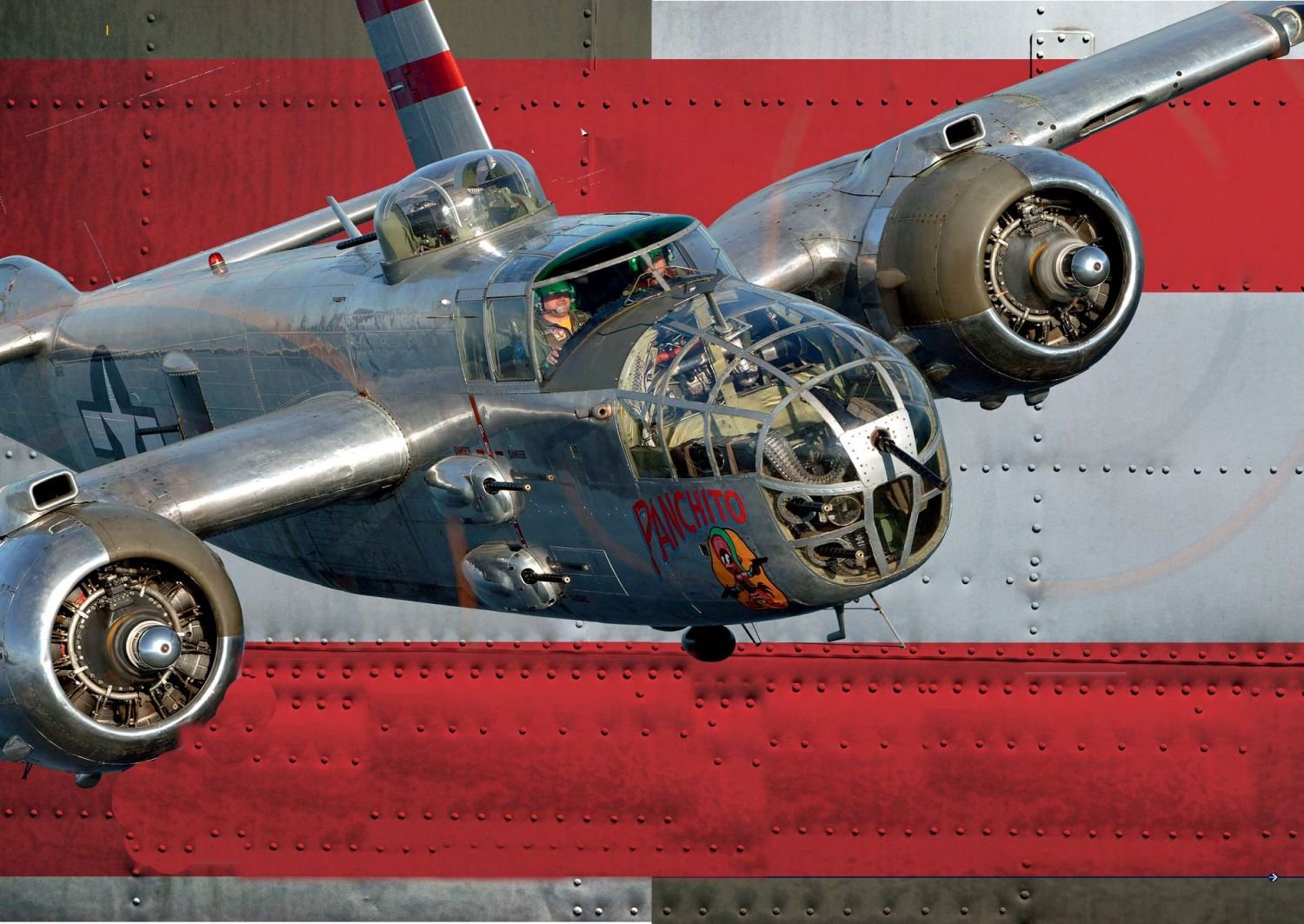 B-25 ‘Panchito’ flying in the US recently.
JIM KOEPNICK 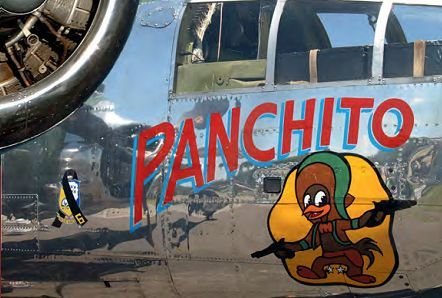 The ‘Panchito’ nose art. The name is derived from a character in the 1944 Disney film ‘The Three Caballeros’ 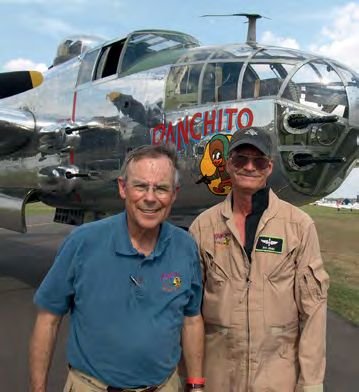 Larry Kelley (left) and Syd Jones in front of B-25 ‘Panchito’.

A sleek and gleaming bomber of World War Two vintage glides seemingly effortlessly onto Runway 05 after a spirited display over Lakeland, Florida, and taxies towards its parking slot in the warbird area of the Sun ‘n Fun Fly-in. The two Wright R-2600 engines crackle and pop after being dialled back to the idle power setting before falling silent once again as the crew shut them down. The hatch in the lower forward fuselage opens and the two-man crew emerges, as the crowd gives a much-deserved round of applause.