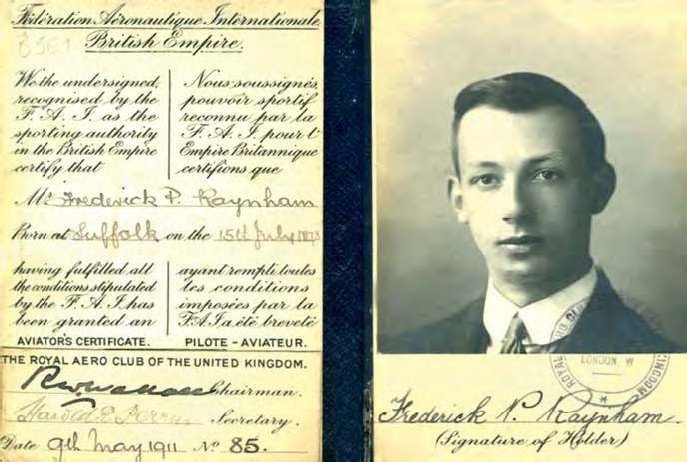 Fred Raynham’s aviator’s certiicate, number 85, dated 9 May 1911. By the time of the ‘Wars of the Roses’ air race he was a seasoned lyer. 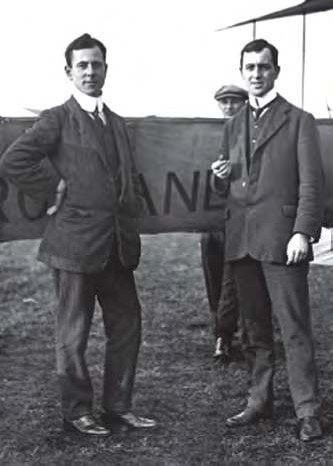 Fred Raynham’s passenger in the race was Humphrey Verdon Roe, seen here on the right with brother Alliott. 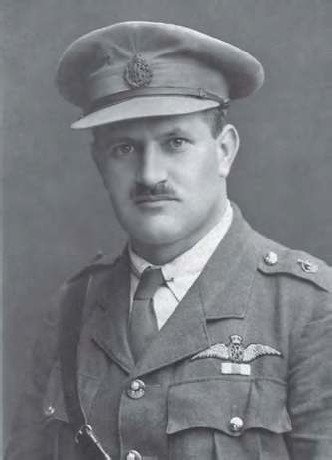 During the First World War, Harold Blackburn served in the Royal Flying Corps. 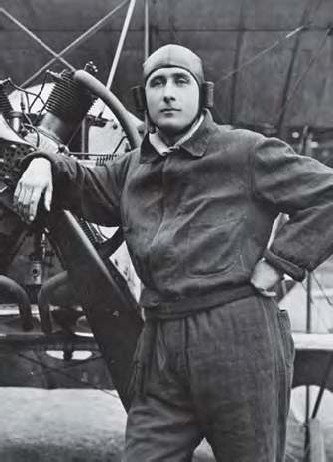 Malcolm Christie, Harold Blackburn’s passenger in the contest. In the background is a Caudron biplane.

What of the lyers involved in the race? During the First World War Fred Raynham worked for Martinsyde as a test pilot. In 1919 he entered the non-stop trans-Atlantic crossing competition sponsored by the Daily Mail, but his Martinsyde Raymor (later renamed Chimera) crashed twice while attempting to take off. The following year Raynham took part in the inal Gordon Bennett trophy race lying a Martinsyde Semiquaver, the sole British competitor. In September 1922, with bright yellow Martinsyde F6 G-EBDK he inished second in the inaugural King’s Cup air race. Later he became managing director of the Air Survey Company’s Indian subsidiary, lying widely in the Far East, before joining the Air Ministry during the Second World War.