Over the last nine months Yorkshire’s Jet Art Aviation (JAA) has been restoring Sea Harrier FA.2 ZH798 to taxiable condition. Earlier this year, the firm removed three Sea Harriers from RNAS Culdrose in Cornwall and moved them 400 miles north for reassembly and onward restoration – when it found ZH798, one of the UK’s final ‘new build’ first generation Harriers, to be in particularly good order. 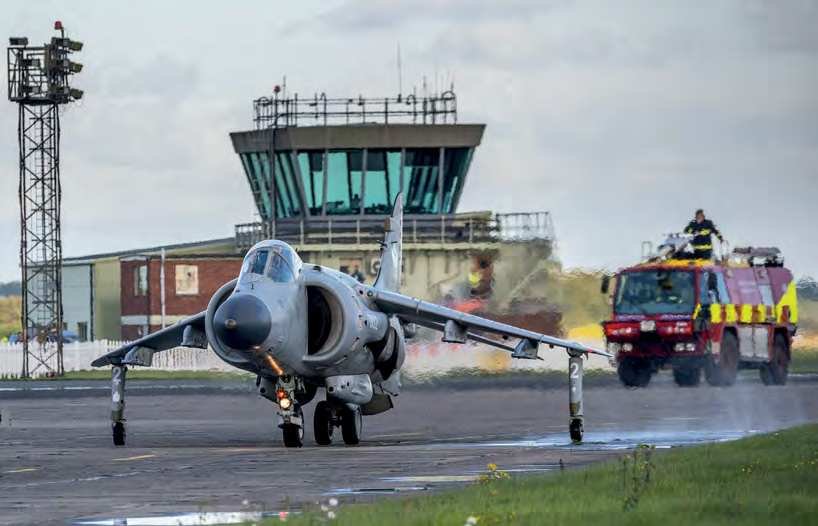 Sea Harrier FA.2 ZH798 taxiing under its own power on October 15
ALL CHRIS NORTH-JAA

With very low airframe hours (1,558) it was soon discovered that the engine still had more than 400 hours of ‘life’ remaining. The jet was delivered to new custodians Makin Air at Leeds East Airport (formerly RAF Church Fenton) on February 1. It was reassembled and returned to 801 NAS markings as when last flown, along with side code 002. 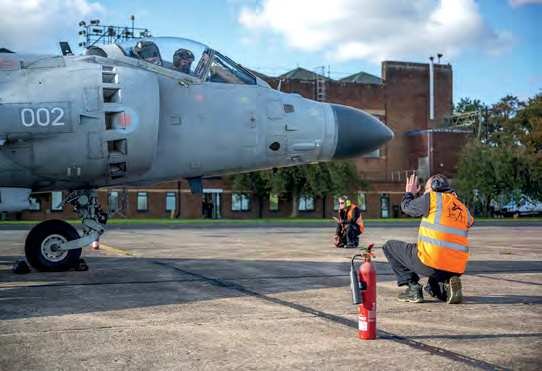 One of three Sea Harriers retrieved from Culdrose, ZH798 has been meticulously restored

Having previously restored a Harrier GR.3 to ground running standard in 2016, JAA attempted to repeat the feat with ZH798. After meticulous assessments and systems testing, the first engine runs and leak checks were carried out on September 27. The aircraft was run twice that day and had a six-minute taxi test. After ironing out a few minor snags, more runs were completed on October 15, this time including a 16-minute taxi with an RAF pilot at the controls. Both the restoration and ground runs/ taxi tests were filmed for a TV documentary that will be out in early 2022.

Having invested a huge amount of money, time and effort on the project, the Sea Harrier is now for sale. “The aircraft behaved beautifully,” said JAA boss Chris Wilson. “We achieved our goal of making it function again and it’s now for sale as a ‘groundrunnable’ Sea Harrier that lives, breathes and moves under its own power.’’ www.jetartaviation.co.uk