Stretching out: The Douglas DC-9 story

Struggling to sell Sud Caravelles prompted Douglas to go it alone and build its own short-haul jet. While the result came up short against the Boeing 737, it sparked years of development that saw Douglas, and its aircraft, grow in size, as Stephen Skinner reveals 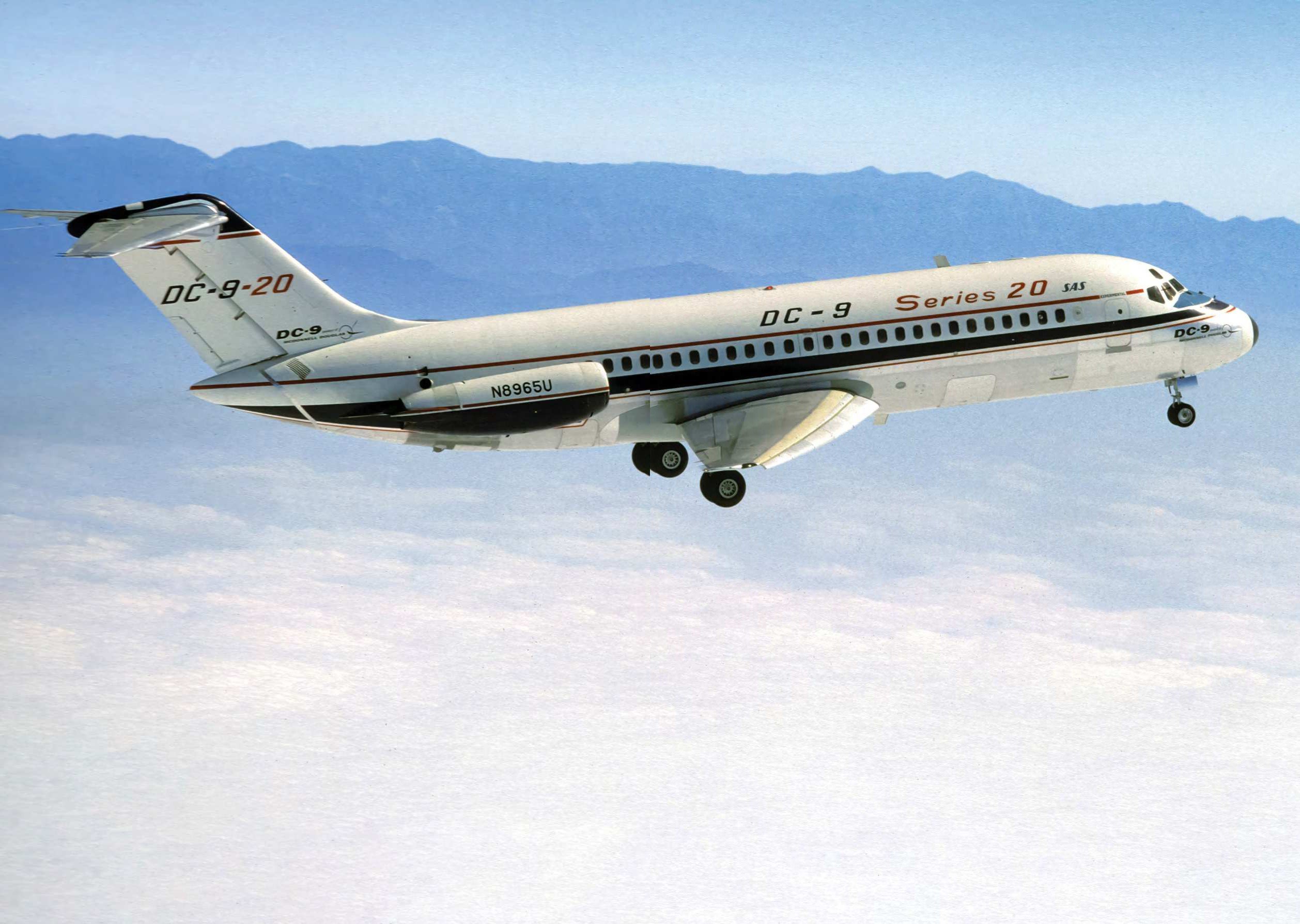 The Douglas DC-9-20 on its maiden flight. The 'pocket rocket' was created specifically for SAS Scandinavian Airlines and combined the fuselage of the DC-9-10 and larger wing and more powerful engines of the DC-9-30
TOM SINGFIELD COLLECTION

Douglas dominated commercial aircraft manufacturing before World War Two, and its DC-3 and DC-4 became the Allies’ go-to transport aircraft during the conflict – as the C-47 and C-54, respectively. Based in Santa Monica, California, the airframer continued to build on past successes with the DC-6 and DC-7.