There are few aircraft with a true cult following among military aviation enthusiasts, but the Lockheed F-104 Starfighter is one of them. Given its huge popularity, is there anything left to publish on the ‘Zipper’, as the jet was known? Fortunately for author Martin W Bowman, there is.

The book begins with the familiar development story of the Starfighter and the trials and tribulations Lockheed endured to produce a Mach-2 interceptor for the USAF. Wisely, Bowman has decided not to dedicate chapter after chapter to the origins of the interceptor. Instead, the book quickly moves on to the F-104’s operational service and, rather than simply listing and describing operations second-hand, he turns over the chapters to former F-104 pilots, who provide a unique insight into operating this demanding aircraft. Among many highlights are episodes recounting the operations of the 1st Canadian Air Group in West Germany during the Cold War, along with an extensive section describing the host of F-104 versions and proposed project models – demonstrating that there’s still new information out there. Each chapter is illustrated with a wealth of images from official and private collections – my only gripe is that some of these could have been reproduced larger, particularly the rare images of F-104Cs at Udorn Royal Thai Air Force Base during the Vietnam War. This is certainly a worthy addition to any Starfighter library. Glenn Sands 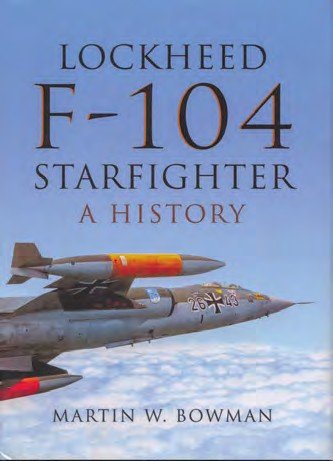 Author and AFM contributor Andreas Rupprecht is regarded by professional aviation journalists and enthusiasts alike as the subject matter expert on modern Chinese military aviation operations and equipment. This latest title only adds to his reputation as he explains the complex structure of Chinese Army Aviation units and the mixture of helicopters, transports and unmanned aerial vehicles it operates.

Intended to support the author’s previous Modern Chinese Warplanes titles on the country’s air force and naval air arm, this new volume begins with a comprehensive explanation of the structure, development and future plans of Chinese Army Aviation. Throughout the chapters are countless colour images of types currently in service. Unfortunately, some of these are reproduced very small, particularly those showing the Z-20 prototypes in 2018. Each aircraft type is allocated three to four pages that describe the development and specific modifications to China’s examples.

As well as indigenous types, the book outlines joint development programmes between Europe, Russia and the US, with particular attention paid to the Sikorsky S-70C-2 Black Hawk. The army’s support, transport and liaison aircraft are given similar treatment, but again the images supporting the detailed text are often small. It’s a real bonus to have the Chinese Army Aviation numbering system explained in detail. Although it took a couple of attempts to thoroughly understand it, this is the first time I have seen the sequence outlined in print.

As a reference book on Chinese Army Aviation, this is superb. Next, perhaps Harpia might consider publishing an allcolour photographic volume filled with images of Chinese military aviation? Glenn Sands 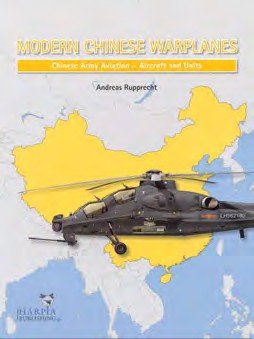 Until this publication, accounts of air combats in the October 1973 Arab-Israeli War typically concentrated on the significant losses inflicted on the Israeli Air Force during the early days of the campaign by the wellintegrated Egyptian and Syrian air defence network. However, this detailed text reveals that air forces from all sides were heavily engaged in both strike missions and dogfights throughout the conflict.

The format follows other titles from the publisher, with maps, tables and newly commissioned diagrams illustrating the formations flown by the Israeli F-4s during specific attack sorties, and the centre pages are filled with highquality side profiles of all the aircraft involved. The authors have provided each with an extensive caption outlining the weapons loads and the FS or BS numbers for the camouflage paint used – a handy addition for aircraft modellers.

Despite it stretching to only 88 pages, authors Tom Cooper and Abdallah Emran have provided one of the most extensively detailed books to date on air combat during this conflict. Glenn Sands 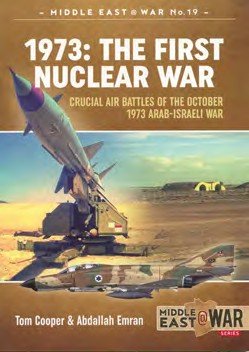