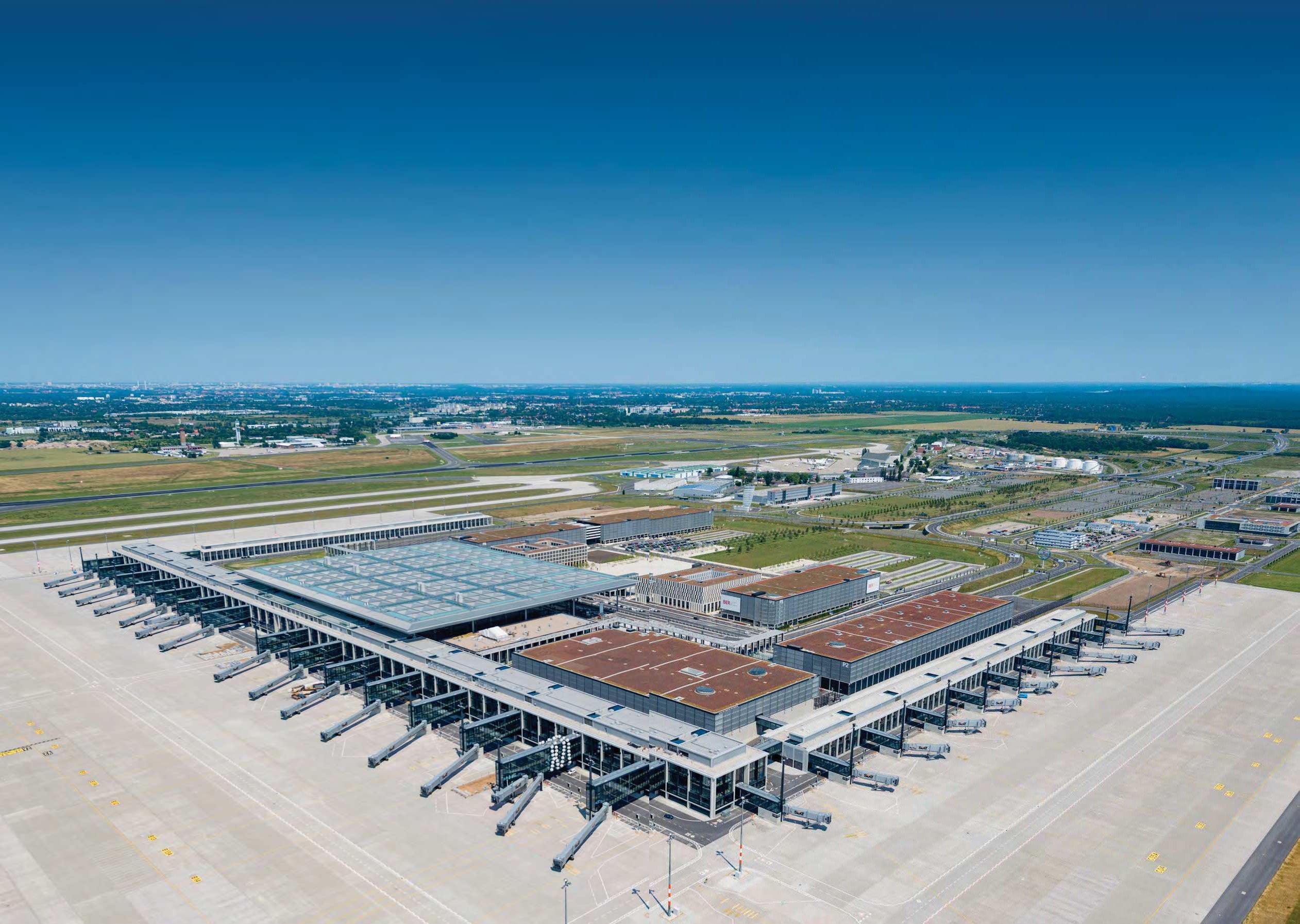 The terminal building is spread across six floors and located between two parallel runways which are more than 6,200ft apart and can therefore be operated separately
FBB/GÜNTER WICKER

Think engineering and efficiency, think Germany, right? Well, perhaps not always. The Brandenburg story began in 1989 following the fall of the Berlin Wall, with plans to build one major airport serving the city. The unified German government realised a new large commercial airport would be needed to cement Berlin’s position on the world stage and the three existing facilities, Tempelhof, Tegel and Schönefeld, would soon be outdated.