A pair of Belgian Air Component NH90 TTHs have arrived in Africa for the first operational deployment of the force’s Caiman helicopters, as Jos Schoofs reports. 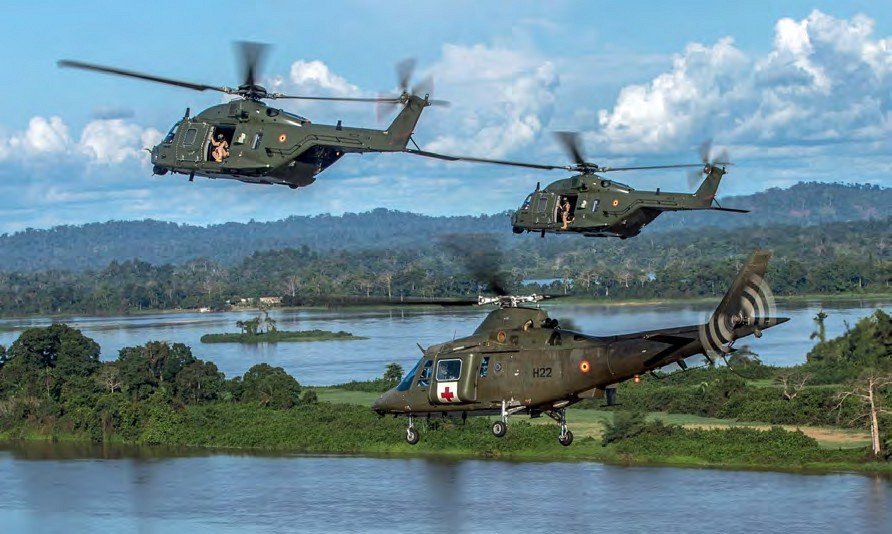 NH90s RN-05 and RN-07 are accompanied by A109BA H22 during Tropical Storm 2017. Unlike the NH90s, the two A109s that also took part in the exercise were brought to Africa by ship. Bart Rosselle/Belgian Defence

The NH90 Tactical Transport Helicopter (TTH) fleet declared Limited Operational Capability (LOC) with the Belgian Air Component on February 6. The milestone means the type can support a non-Article 5 Crisis Response Operation (CRO) with two helicopters over a four-month period. This involves working in a permissive or uncertain environment with possible small arms fire and without a spare helicopter in the area of operations.