PIRATES of the AEGEAN

The Martin Baltimore is one of World War Two’s forgotten aircraft, but it performed outstandingly over the Aegean — as one crewman remembers WORDS: bl@BEN DUNNELL 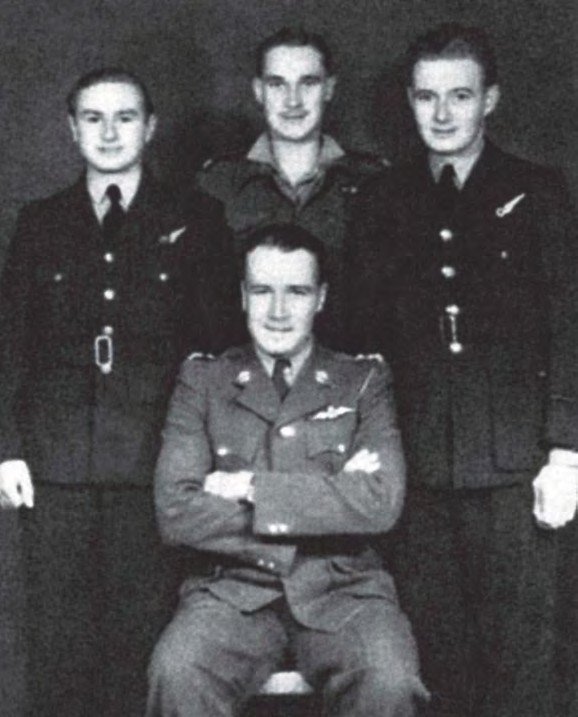 Lt L. G. van Renen (foreground) with the rest of his Baltimore crew: from left to right, wireless operator/air gunner Flt Sgt Arthur Mills, air gunner WO I. R. N. Hammond, and navigator/observer Fg Off Eddie Lowe. Hailing from Stockport, Lowe was the other RAF member of the SAAF
crew. VIA ARTHUR MILLS

For a young lad hailing from the north of England, it must have come as quite a shock to the system. Landing ground 07 at Matruh West in the Egyptian desert was no place for the faint-hearted or easily homesick. “It was just tents”, says former wireless operator/air gunner Arthur Mills. “You couldn’t hide behind very much”. This was where he first went to war with No 15 Squadron of the South African Air Force and its Martin Baltimores, during a period when these twinengined attack bombers proved themselves among the most effective and reliable strike assets available to the Desert Air Forces. Having joined up and learned Morse code in Blackpool, Mills began the airborne phase of his training with No 4 Signals School at Madley,