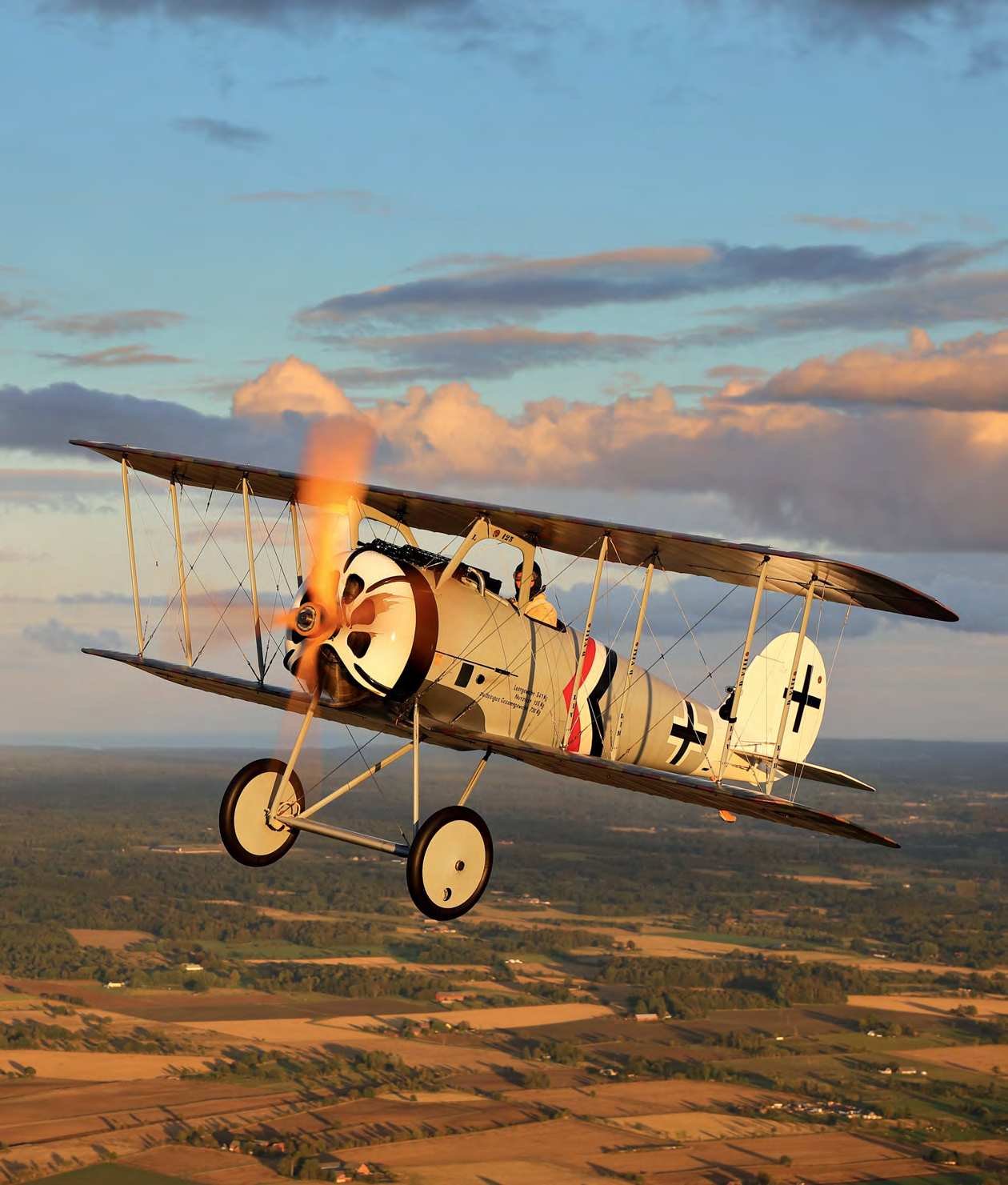 The Pfalz D.VIII is a speedster. Just over five metres long and with 200 raw horsepower in the nose, it’s akin to a pony with the muscles of a wild horse. The combination gives impressive performance, but might not be easy to master. This aircraft and its engine, the Siemens-Halske Sh.III, were among the last of their kind. The Great War would soon be over. As for the rotary engine, the technology had gone as far as was practically possible.