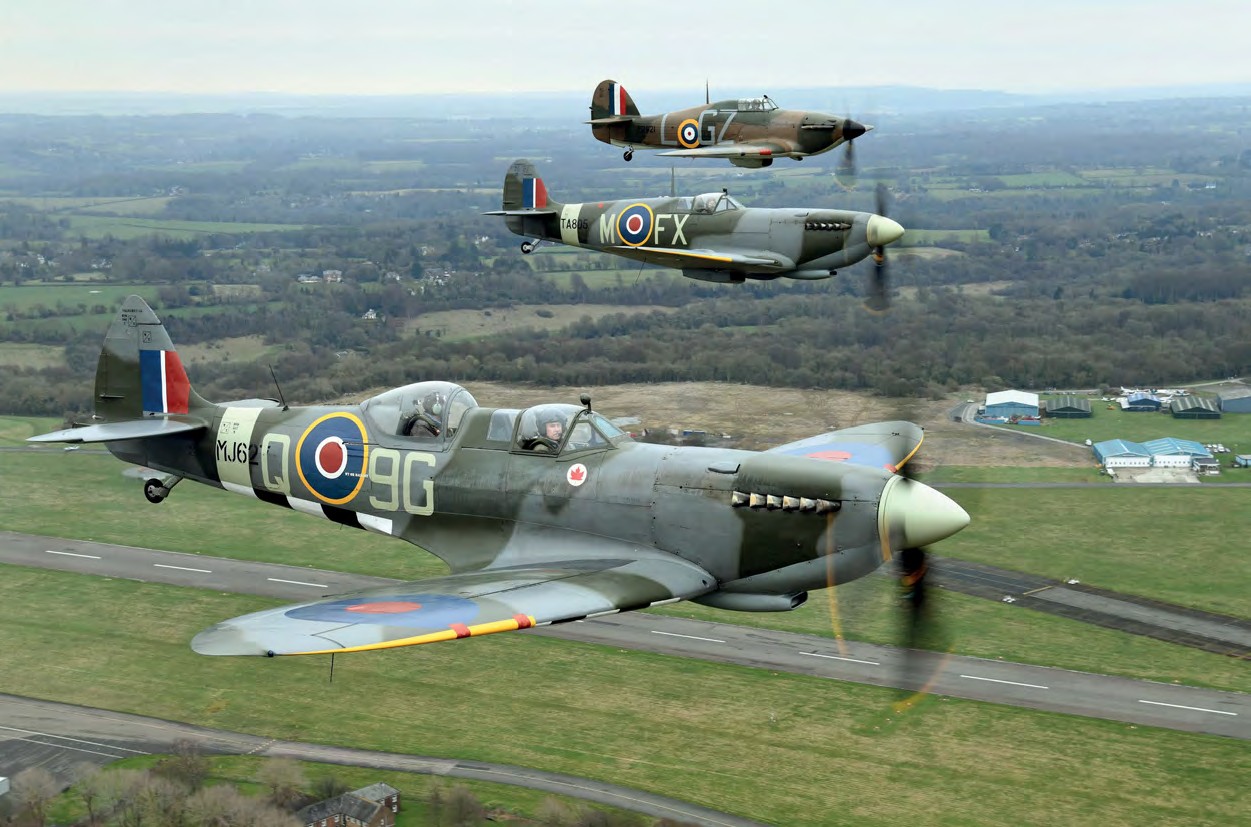 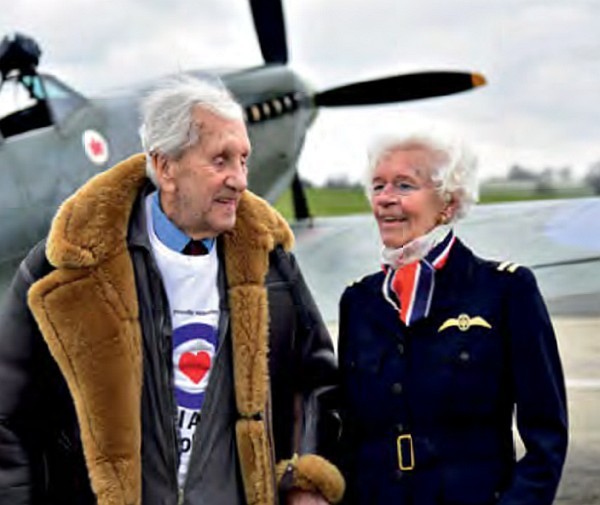 The centenary of the Royal Air Force was celebrated at Biggin Hill on 1 April with a vic formation of two Spitfires and a Hurricane from the Biggin Hill Heritage Hangar. In the back seat of Spitfire IXT MJ627 was 96-year-old Sqn Ldr Allan Scott DFM, who was originally posted to No 124 Squadron at this most famous of all RAF fighter bases in 1941 at the age of 19. Watching the formation was 101-year-old Mary Ellis, the oldest surviving member of the Air Transport Auxiliary, who delivered around 1,000 aircraft — including many Spitfires — from factories to front-line bases during the war.

Allan, an ambassador for the RAF Benevolent Fund, said, “I can’t wait get up there flying again in my beloved Spitfire. I am delighted to be involved in this project and to be taking to the skies on such a poignant day.”

Following his time at Biggin Hill, where he had his first combat experience, Allan was posted to Malta, which was under siege with continual air raids. He returned to Malta during 2017 to help commemorate the 75th anniversary of the island receiving the George Cross. He was credited with five victories in Spitfires, and one while flying Mustangs over Europe with No 122 Squadron.

Biggin Hill Heritage Hangar founder Peter Monk said, “It is our honour to host two incredible RAF veterans on this most auspicious occasion”. RAF Benevolent Fund chief executive AVM David Murray added, “Allan and Mary’s service epitomises everything we celebrate today on the 100th anniversary of the formation of the Royal Air Force. Their selfless service, bravery in the face of adversity and self-sacrifice are the foundation blocks of the modern RAF we see today.”

The Biggin Hill formation was part of a series of commemorative events that took place on 1 April. Over the centenary weekend, there were 15,000 visitors to the RAF Museum London at Hendon, where the Front of House Theatre Company breathed life into stories set among the First World War exhibition. Visitors were able to talk to and interact with actors in character representing the voices of the men and women that are part of the RAF story, and, at the end of the day, serving RAF personnel carried the RAF100 baton into the museum grounds. The baton is being taken across the country and around the world, visiting 100 locations in 100 days. The relay started on Sunday 1 April in central London and the team of RAF runners were met at the museum by the RAFM CEO Maggie Appleton, who ran the last leg of the relay with the team. Two new galleries exploring the first 100 years of the RAF are due to open at Hendon at the end of June 2018. More than 500 previously unseen artefacts relating to RAF history will be on display.

Meanwhile, at Stow Maries airfield near Maldon, Essex, Oliver Wulff’s Royal Aircraft Factory BE2c reproduction ‘A2943’/ZK-TFZ — which is on loan to the World War One Aviation Heritage Trust — got airborne to mark the centenary with Shuttleworth Collection pilot and chief engineer Jean-Michel Munn at the controls.