The Royal Danish Air Force regularly heads south to France in the winter months to enable it to make the most of better weather conditions and keep on top of its training. 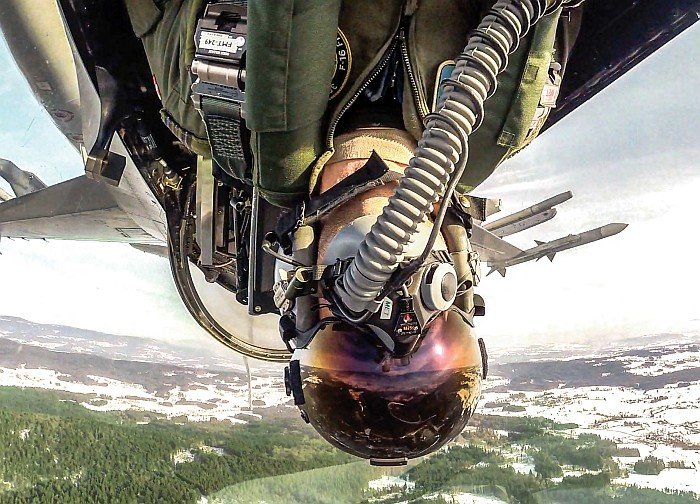 Hanging in his straps, a Danish F-16 pilot rolls inverted to hug the terrain of the French mountains during ‘Winter Hide’.
MET

THE WINTER MONTHS in Scandinavia often mean poor flying conditions as murky weather sets in. Even though Denmark is rarely hit by massive snowstorms, problems such as fog, ice in the clouds and generally bad visibility lead to the cancellation of almost a third of all missions planned at Fighter Wing Skrydstrup — home of the Flyvevåbnet (Royal Danish Air Force, RDAF) F-16 fleet — during the winter months. These are not the most conducive circumstances for fast jet flying.