Celebrating 75 years since its creation and first displays during 1946, the illustrious Blue Angels aerobatic team of the US Navy has a distinguished history and continuing pedigree, as Malcolm V Lowe recounts 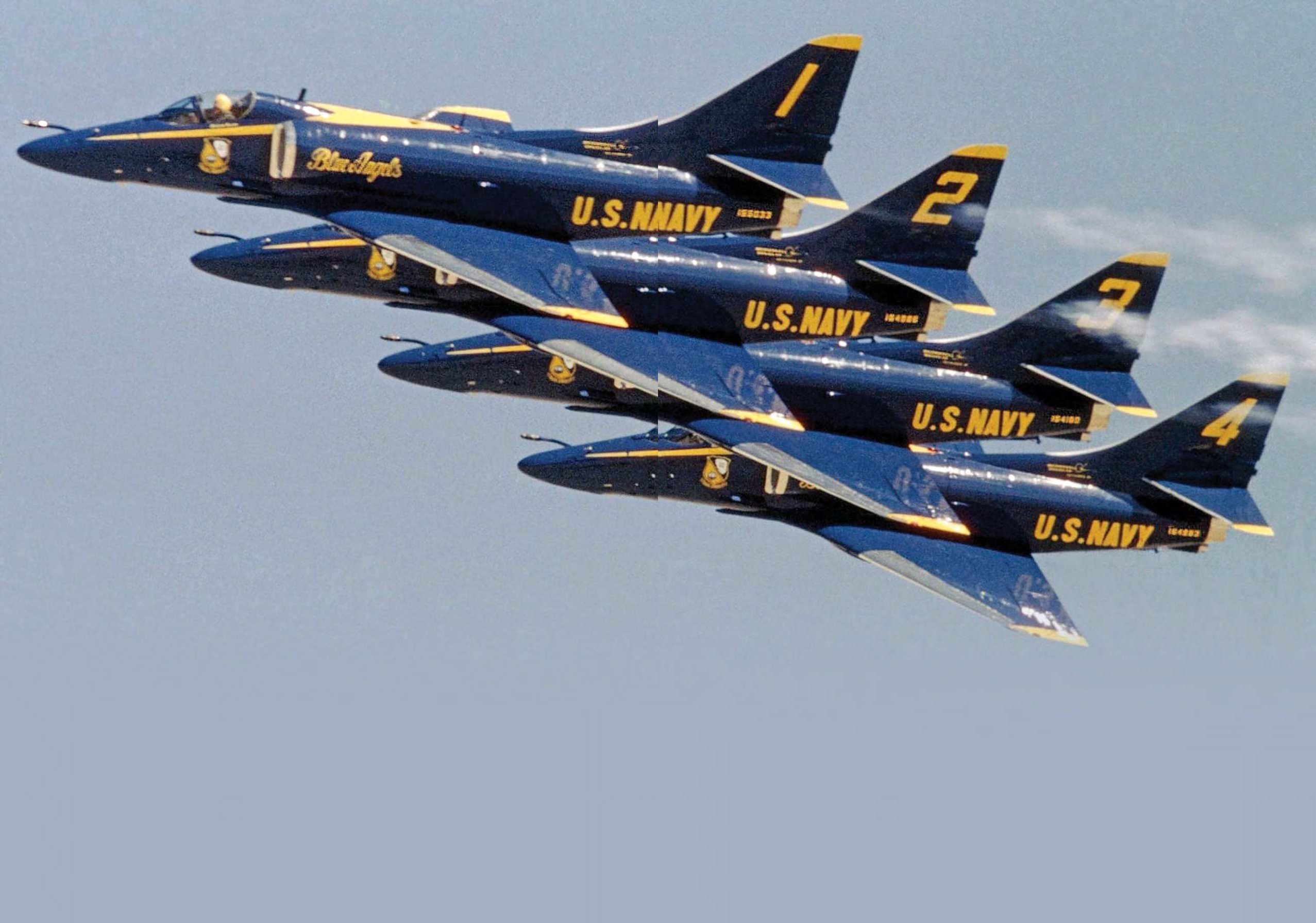 Precision flying has always been a hallmark of the Blue Angels’ displays. This was particularly evident when the team flew the manoeuvrable A-4F Skyhawk, illustrated by this close and very neat echelon. The nearest aircraft, A-4F BuNo 155033/1, is now displayed in the National Naval Aviation Museum, NAS Pensacola, Florida
US NAVY

The seeds of what became today’s iconic Blue Angels Flight Demonstration Squadron of the US Navy were sown in the immediate aftermath of World War Two. The Chief of Naval Operations, the veteran Admiral Chester W Nimitz, recognised the need to maintain peacetime public interest and pride in naval aviators, that had rightly been engendered during the war.An ideal way to do this was to create an official aerobatic team that would fly the navy’s frontline fighters and appear at public events.