The first of four Bristol F2B Fighter replicas that were acquired from the USA by Omaka, New Zealand-based Graham Orphan emerged from the JEM Aviation hangar there on 25 October. It has been finished wearing the markings of a ‘Brisfit’, serial C814, that was flown by New Zealander ACM Sir Keith Park — the future air officer commanding-in-chief of No 11 Group, RAF, during the Battle of Britain — when he earned the Military Cross while flying with No 48 Squadron, RFC, in northern France in August 1917.

Five days later, the aircraft — which is registered ZK-PRK, and was originally built for the film High Road to China in 1983 — had its Ranger engine run up in preparation for a first flight. A second Bristol is progressing at Omaka for its owners, the Classic Wings syndicate. The Bristol replica activity at Omaka is most appropriate, the first aircraft that ever landed at Omaka aerodrome after its opening in 1928 having been an F2B.

Horsa in the Netherlands

The Shawbury-built Airspeed Horsa I replica that was recently donated to the Overloon War Museum in the Netherlands (see News, Aeroplane October 2019) arrived at its new home in instalments during the first week of October. During September the huge troop-carrying glider had been displayed under a large awning at Oosterbeek as part of the Arnhem 75th anniversary commemorations. 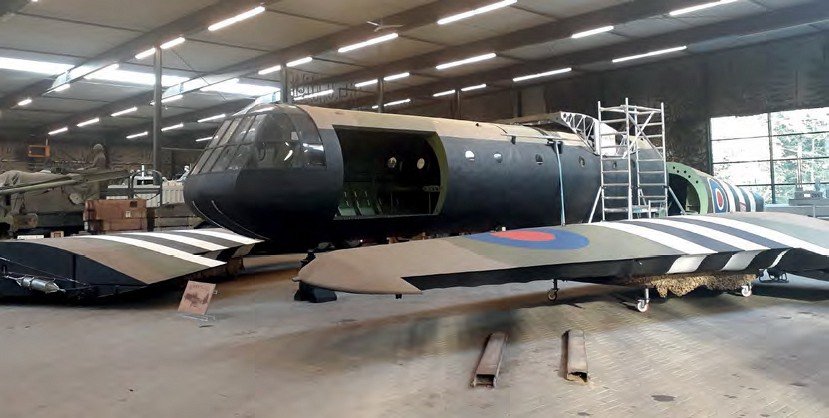 The lovingly created Airspeed Horsa replica after its arrival at Overloon in early October.