IN FROM THE COLD

One of the most remarkable vintage aeroplane restorations in Sweden during recent years has involved a P-51D Mustang, which, despite having gone on public display, still isn’t quite complete as the man behind the project ensures absolute perfection 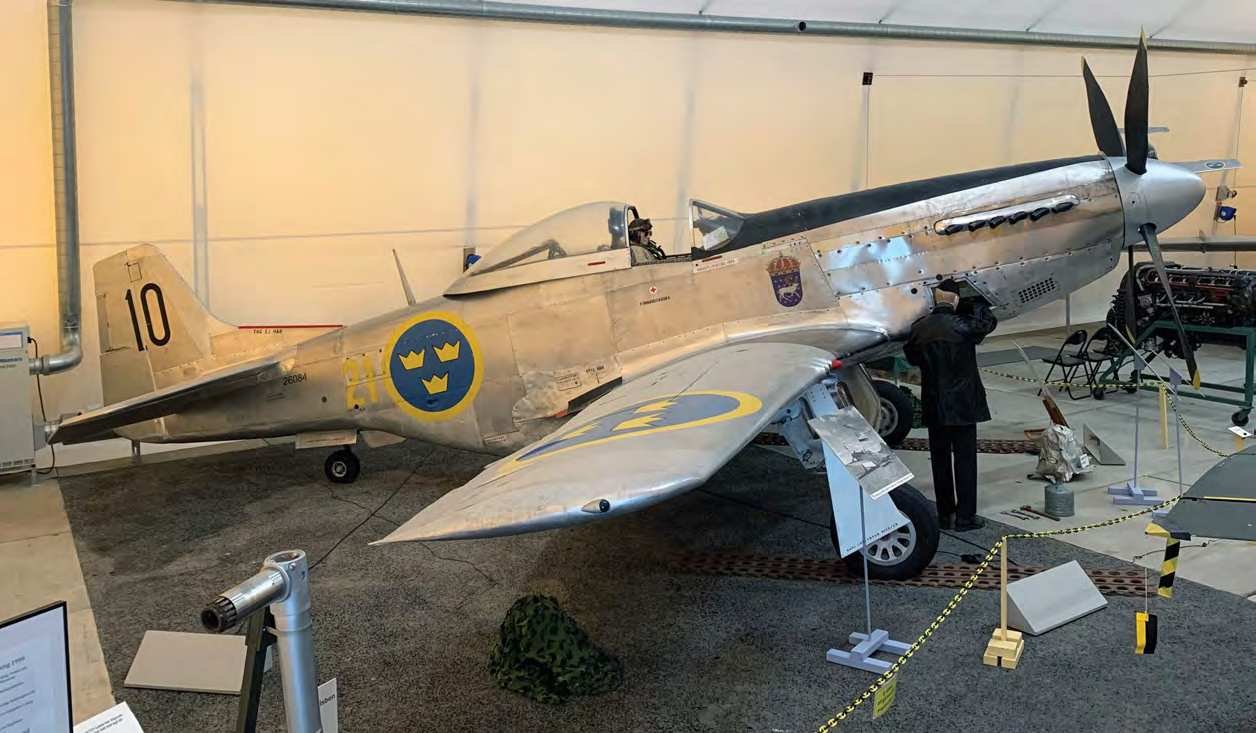 S 26 Mustang 26084 in the Flygmuseet F 21 at Luleå-Kallax, as pictured during mid-March.
CHRISTER ÖHMAN

It was with a heap of badly twisted wreckage that Pelle Lundberg started out. After nine years, what emerged during 2014 was a former Swedish Air Force North American P-51D Mustang in pristine condition — and he’s still not quite finished with it. Although owned by the Flygvapenmuseum (Swedish Air Force Museum), the aircraft is displayed at the Flygmuseet F 21 at Luleå-Kallax, and its history marks it out as an especially fortunate survivor of the breed.

Originally delivered to the US Army Air Forces on 20 January 1945, this P-51D-20-NA model (c/n 122-31971) received serial 44-72112. Assigned to the 9th Air Force’s 354th Fighter Group/356th Fighter Squadron, it saw action during the last months of the war. On 6 April 1945, the aeroplane was severely damaged in a landing accident at advanced landing ground A-98 Rosières-en-Haye, France. The pilot, George E. Evans, was killed, but — remarkably, after a fatal accident — the Mustang was repaired and returned to service. Post-war, it was consigned to storage at Fürth, Germany alongside some 1,400 other redundant American warplanes. However, it avoided being scrapped.