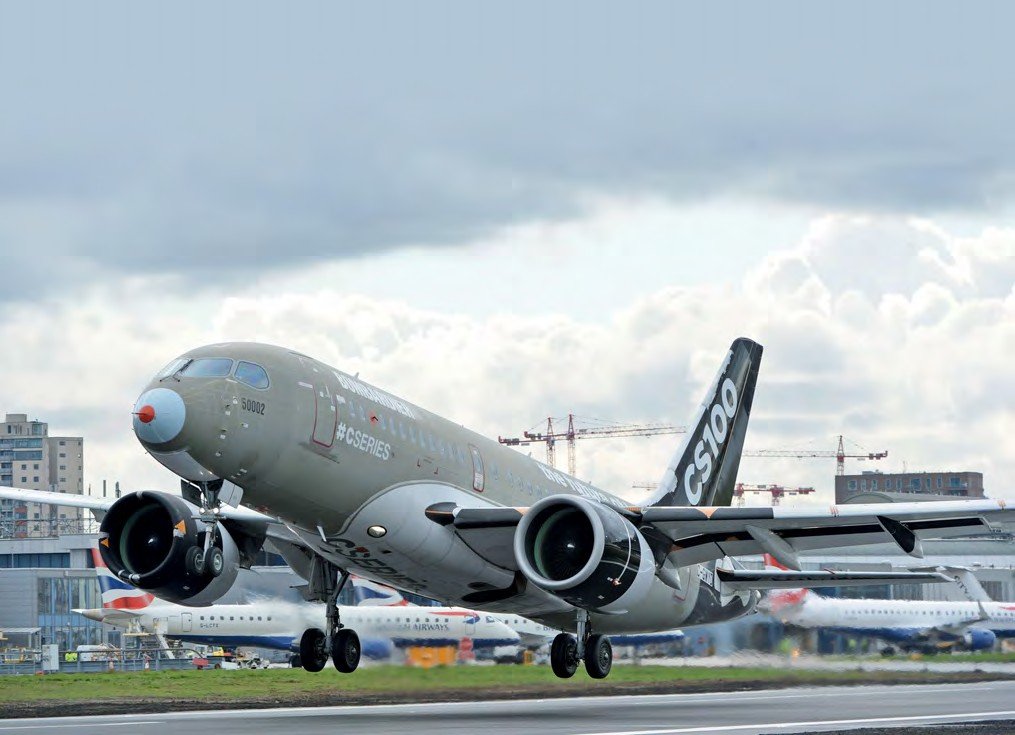 This was an important step towards the type gaining Transport Canada and EASA certifications for such operations. Those approvals are expected in the second quarter, which will enable the CS100’s launch operator Swiss to place the type on its routes to London City. Nine C Series had been delivered by early April; six CS100s to Swiss and three CS300s to that variant’s launch operator Air Baltic.

The CS100 flying steep approaches at London City and then flying to JFK was also significant in showcasing the type’s performance capabilities. The aircraft has intercontinental range of 3,100nm (5,471km) and a take-off field length of 4,000ft (1,219m), a combination the company says gives “unmatched” performance. The company claims the C Series “would offer the only economically viable commercial option for direct intercontinental flights” between London City and JFK.