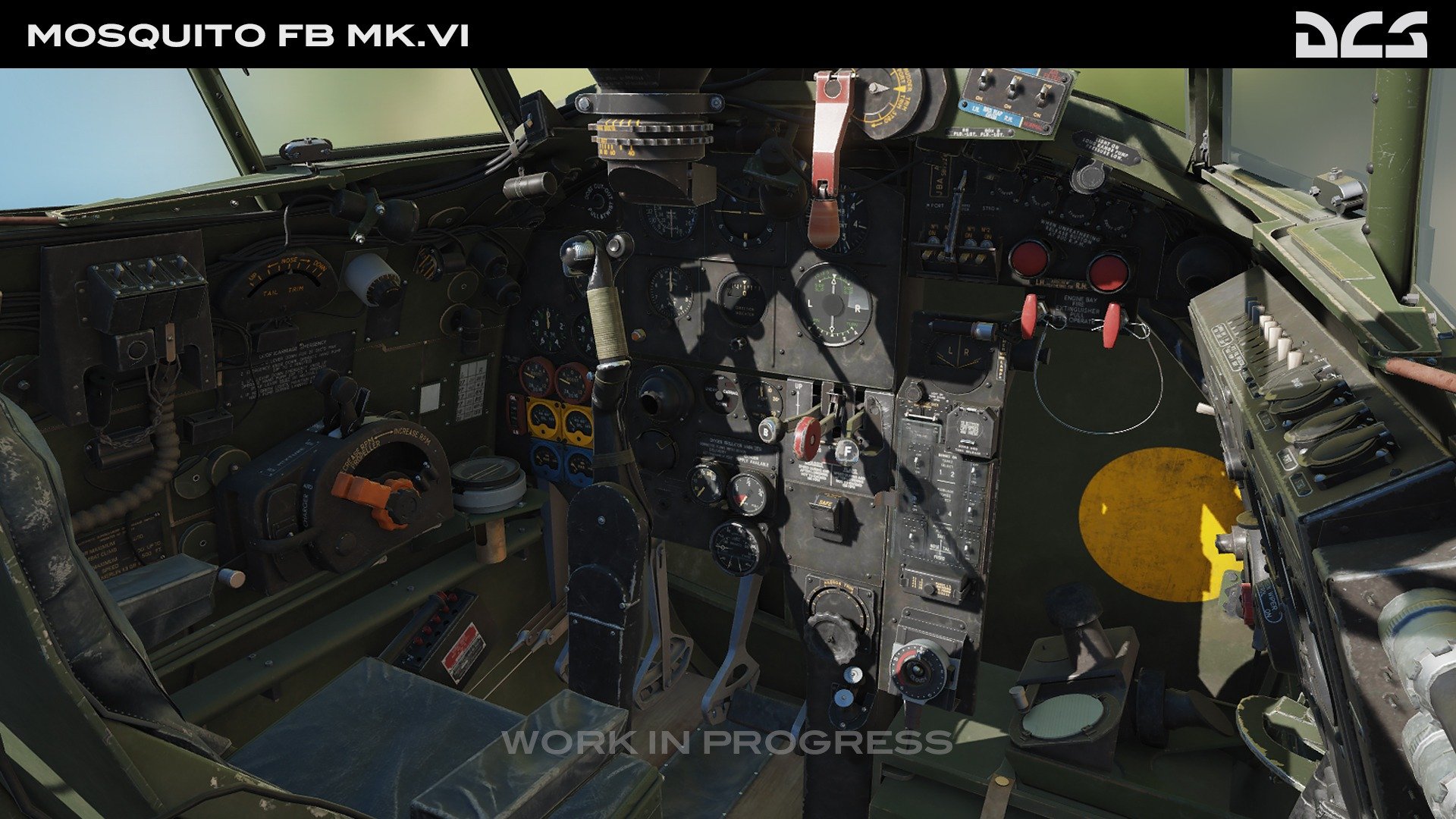 The Mosquitos’ sleek design and high powered engines gave it the ability to fight in many roles such as fighter-bomber, night-fighter, tactical bomber, high-altitude night bomber, pathfinder, intruder, maritime striker, and photo-reconnaissance aircraft. It went on to be used in a wide range of different operations, mainly targeting industrial sites in occupied Netherlands, Norway, France and Germany. The Mosquito ended the war with the lowest losses of any of the aircraft types in RAF Bomber Command service.

The DCS: Mosquito FB Mk.VI will be the first flyable twin-engined piston aircraft in DCS World. ED is currently working on the fuel systems by carefully creating and linking nine fuel tanks that contribute to the exceptional range and endurance of this aircraft. They are also working on the electrical system, which comprises a 24 volt DC generator on the starboard side and an alternator on the port engine that also supplies AC power to the radios. The electrical generator also powers the fire extinguisher.

In parallel with these systems, ED is currently working on the cockpit instruments and controls.