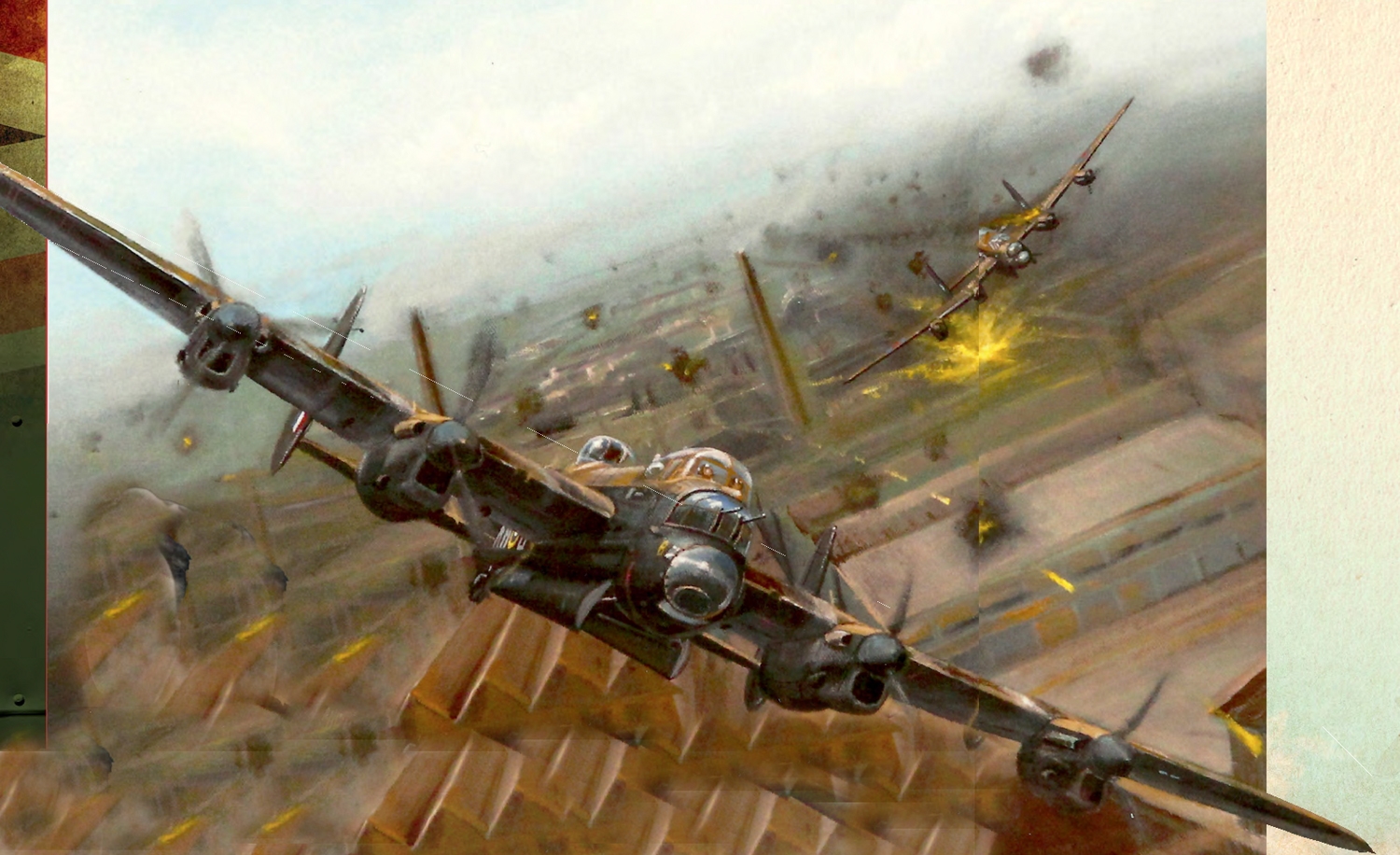 The Augsburg raid immortalised in the painting by C J Stothard which hangs in the Officers’ Mess at Waddington.

Seventy-five years ago the Lancaster went to war for the first time. After the failure of the twin-engined Manchester, much was expected of the new Avro type by the recently appointed Bomber Command leader, AM Sir Arthur Harris. The Lancaster was not going to let him down.