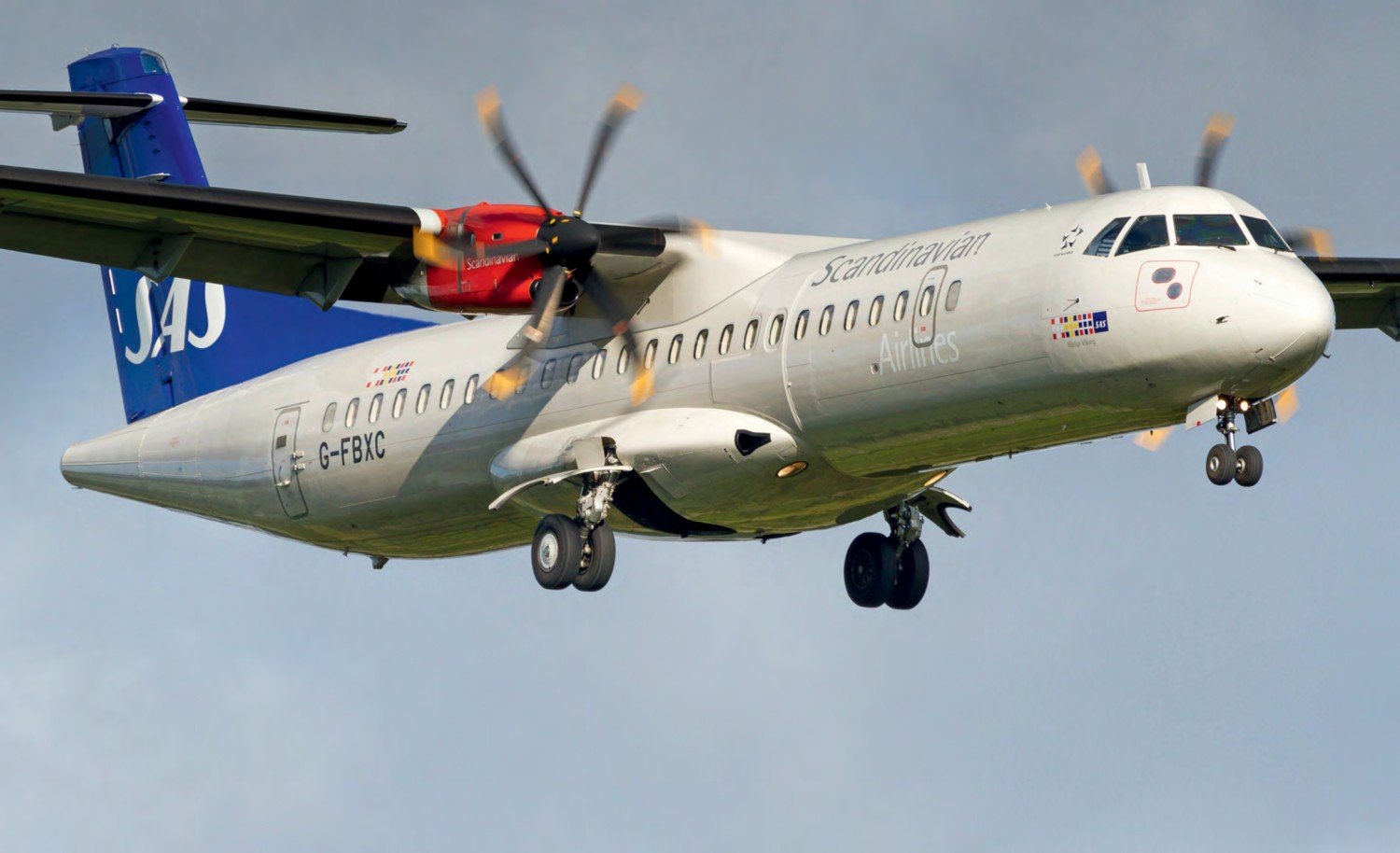 Sales of ATRs have increased in recent years. This ATR 72-600, G-FBXC (msn 1300), is operated by the UK airline Flybe as part of a franchise agreement with Scandinavian Airlines. Paul Buchroeder/AirTeamImages

Early in the 21st century it seemed that the regional airline market had moved away from turboprops. Many carriers were introducing regional jets into their fleets. Regional jet sales increased, and in the United States new scope clauses in contracts for pilots working for the regional feeder carriers of the big network airlines created demand for 50-seat (and then 70-seat) regional jets.

The shift in the market towards regional jets was reflected by declining backlogs at ATR and Bombardier, the two major original equipment manufacturers (OEMs) that dominate the turboprop airliner market. A low point was 2003, when ATR secured only ten orders and Bombardier’s quarterly status reports for the Q400 show the type’s backlog shrunk to just 22 aircraft (as of September 30 that year).

Orders for the Dash 8 Q400 also rose. The Q400 was launched back in 1995 and entered service in 2000. Bombardier’s quarterly status reports for the programme show that as of January 31, 2007, the company had sold just 200 examples of the aircraft – a further reflection of the stagnation that afiected the turboprops market into the 2000s. However, by the end of 2014 the total orders for the Q400 had more than doubled, to 521 aircraft. Sales of the Canadian aircraft were clearly much less numerous than those of ATRs, but the general trend was an increase over the long term.

One key reason for the higher sales were turboprop economics at a time of rising fuel prices. According to the sales literature for the aircraft, the ATR 72-600 burns half as much fuel on a block fuel basis as a 70-seat regional jet, while Bombardier’s marketing says the Q400 burns 30% less fuel than competing jets.

There was a steep rise in fuel prices from the late 2000s. The International Air Transport Association (IATA) aviation fuel price monitor shows fuel reached $100 a barrel in 2008 and continued on an upwards trajectory to $140 a barrel in 2014. This situation naturally made turboprop economics ever more attractive, and it is unsurprising there is a close correlation between the spike in fuel prices and the growth in sales of these aircraft.

The surge in new turboprop buys over the last decade is likely part of the slowdown; customers simply have the capacity they need because of the orders of recent years. Continuing economic uncertainties globally may also be having an influence, as airlines wait and see as to how the economy afiects demand.

However, once again fuel prices play the crucial role. The IATA fuel price monitor shows fuel fell markedly from mid-2014, down to below $40 a barrel by early 2016. Cheaper fuel means it costs less to operate regional jets than it did, so there’s a less pressing demand than there was even half a decade ago to swap jets for cheaper-to-operate turboprops.

With fuel prices still low relative to where they were in 2008–14, what are the prospects for the turboprop airliner market in the next two or three years? Richard Aboulafia, Vice-President Analysis at the Teal Group consultancy, told AIR International: “It looks flat, or flattish. Having said that, flat by today’s terms is much better than where the market was ten years ago._If we’re stuck at 110 to 140 aircraft per year, that’s a good market for two manufacturers.”

Aboulafia said, “fuel price uncertainty is the big driver” in shaping the number of sales, but both ATR and Bombardier market their products on more than just fuel burn alone. For example, ATR says in its literature: “Regardless of the fuel price, turboprops have extended their operational scope over jets, proving to be the preferred airline choice for short-haul operations.”

Bombardier’s marketing, meanwhile, highlights the Q400’s speed. It claims a Q400 is 30% faster than an ATR 72-600. Both manufacturers also stress flexibility in the capabilities of their aircraft, which is reflected by their introduction of combi and highdensity options in recent years.

Both major OEMs see a promising future for the sector. In its latest market forecast, ATR predicts the total global fleet of inservice passenger turboprops will increase from 2,100 aircraft in 2016 to 3,900 aircraft by 2035 (including 2,800 deliveries of new aircraft). The company envisages particularly fruitful prospects in Asia-Pacific, where it predicts demand for 750 new aircraft over the next 20 years (including 300 in China).

Bombardier’s latest long-term Commercial Aircraft Market Forecast issued in 2015 does not specify numbers of aircraft, but predicts the 60 to 100-seat turboprops market in which its Q400 sits will be worth $85 billion by 2035.

The turboprop airliner market is dominated by the two large OEMs, but it doesn’t just revolve around them. Manufacturers in some countries are creating new products for the market. In China, the Xi’an Aircraft Company is developing the MA700. Denel in South Africa is working on a concept called SARA (Small African Regional Aircraft). The Turkish company TRJet is planning to produce the TRP328 turboprop.

Furthermore, legacy types remain in production in updated forms. RUAG produces the Dornier Do 228NG and Aviation Industries in the Czech Republic is developing the L410NG Turbolet. In Russia there remain plans to revive production of the Ilyushin Il-114, first flown 25 years ago.

Aboulafia thinks the prospects for the new entrants and the legacy types aren’t all that healthy. He said: “All these players are going after the same small market, which gives them a starvation diet. The result is a series of six to 18 aircraft per year programmes, which may or may not be sustainable.” Mark Broadbent 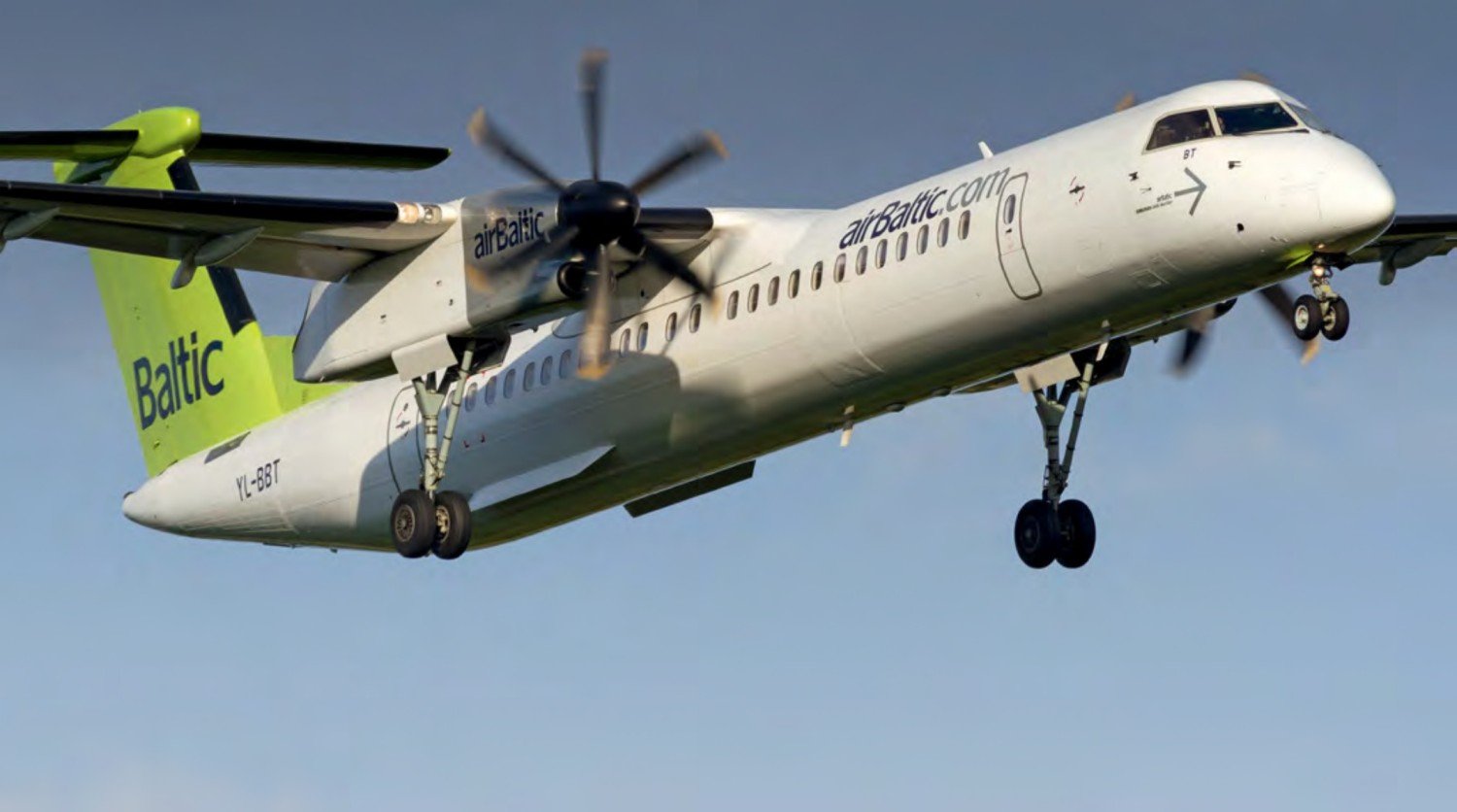