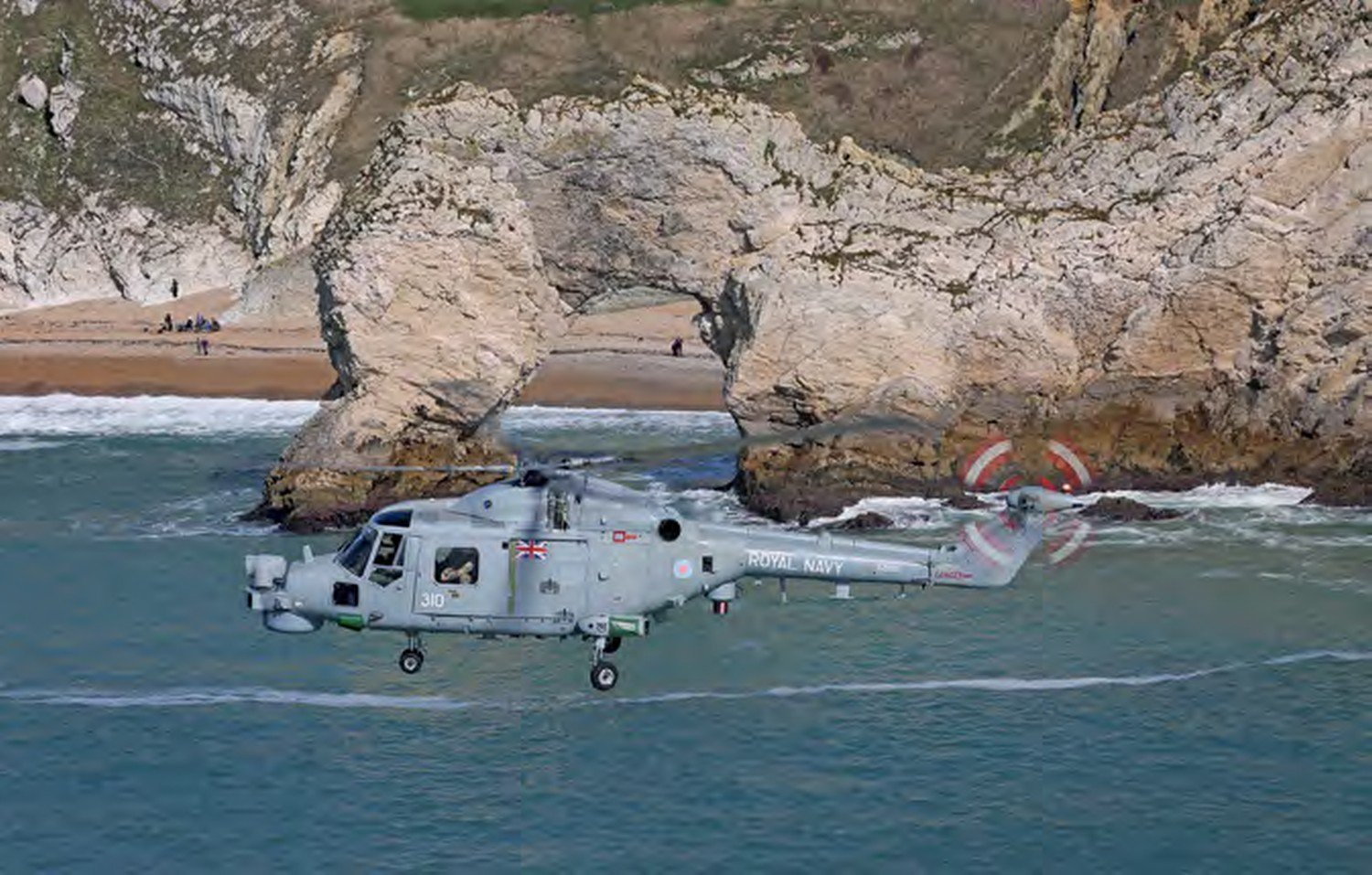 As part of the Westland Lynx out of service farewell preparations, AIR International flew with 815 Naval Air Squadron during one of its final missions along the English Channel coast of southern England.

Between Exmouth in East Devon and Studland Bay in Dorset, a 95-mile (150km) stretch of coastline is a UNESCO World Heritage site dubbed the Jurassic Coast that reveals 185 million years of the earth’s history and features prominent landmarks Lulworth Cove and Durdle Dor.

At 10:00hrs on March 17, four Lynx HMA8s took off from Royal Naval Air Station Yeovilton, Somerset, on a six-hour farewell flypast tour across southern England, including London. A route was chosen to take in many prominent locations associated with the Fleet Air Arm Lynx including Glastonbury Tor, Lulworth Cove, Durdle Dor, Clifton Suspension Bridge, the Rolls-Royce site at Filton and Westland in Yeovil (where the Lynx was built), and naval bases or facilities at Devonport, the Britannia Royal Naval College in Dartmouth (where cadets were on parade spelling out ‘Lynx’) and the former Royal Naval Air Station Portland, where the Fleet Air Arm’s grey Lynx force was based until 1999.

After a second refuelling stop at RAF Odiham, Hampshire, the formation followed official helicopter routes in London along the Thames. The formation finally landed at Yeovilton around 16:00hrs.

After the flight, Lynx pilot Lieutenant George Thompson commented on how fitting an end the flight was for such a fantastic aircraft and how it offered the opportunity to say thank you to so many people along the route who have supported the grey Lynx force during its 41-year service career.

At the very end of its Royal Navy service, which had involved 90 Lynx helicopters with a combined total of approximately 490,000 flight hours, the type gave a six-minute display during its formal decommissioning ceremony on March 23, 2017. At that moment, 815 Naval Air Squadron ceased to be a Lynx unit and now flies the all-new Lynx HMA2. The grey Lynx: what a mover, what a career and what a successor! 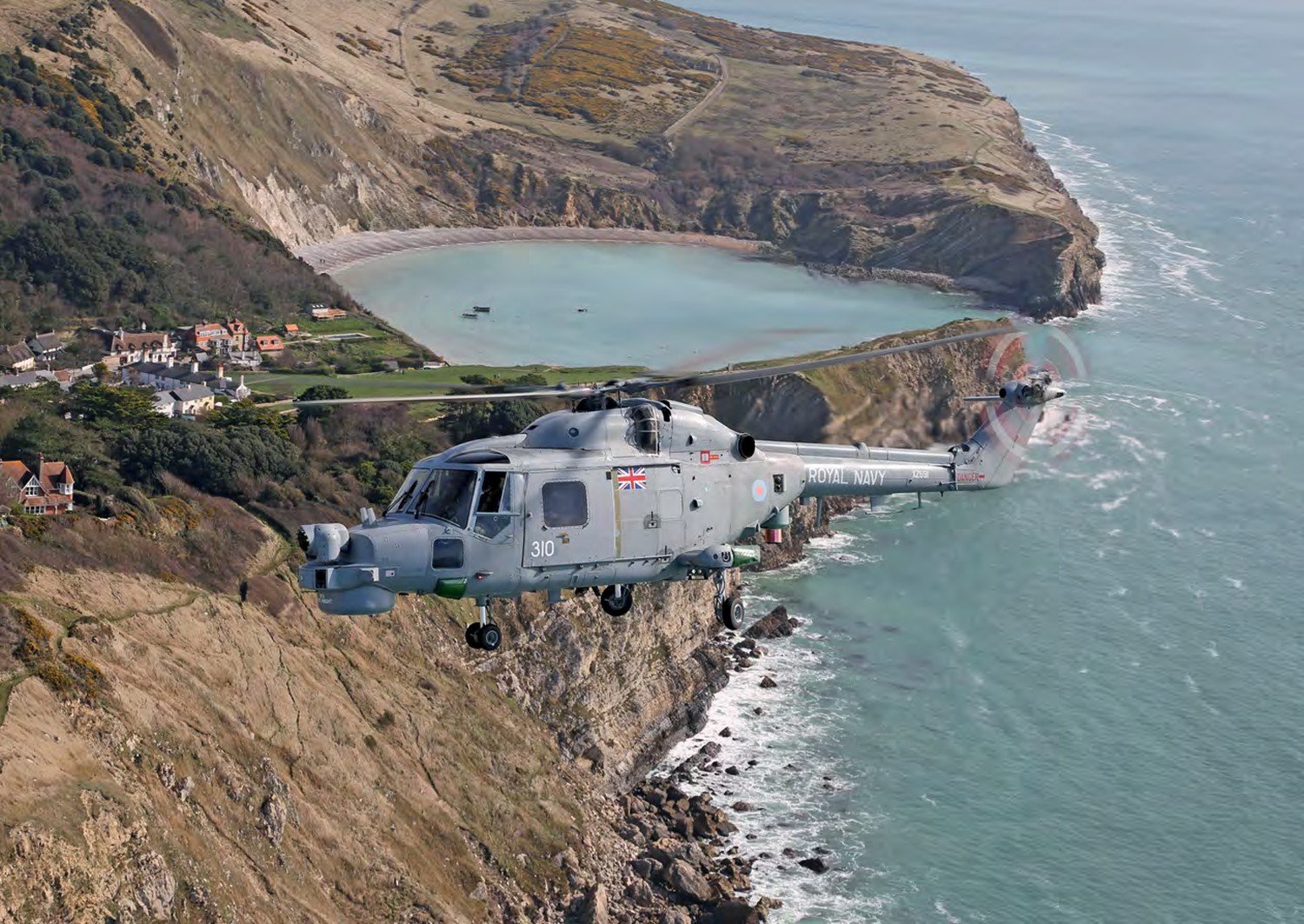 Easy does it! Four Lynx HMA8s hover prior to a formation touchdown on the apron used by 815 Naval Air Squadron at Yeovilton at the end of a six-hour tour of the south of England on March 17.