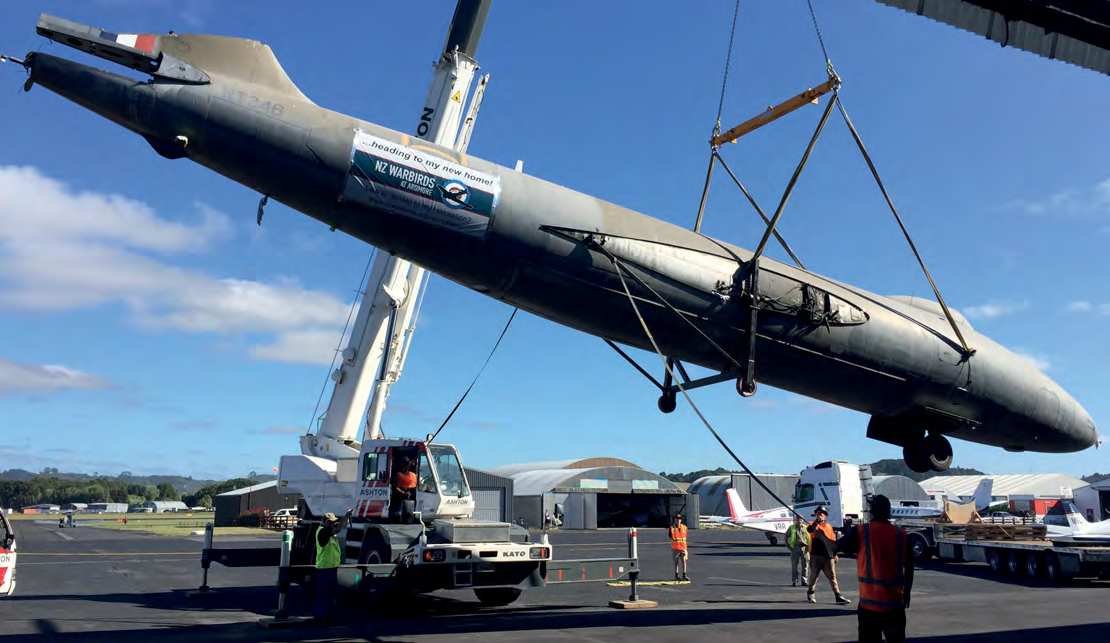 The fuselage of Canberra B(I)8 WT346 being unloaded at Ardmore on 20 February.
NZ WARBIRDS ASSOCIATION

English Electric Canberra B(I)8 WT346 arrived at the New Zealand Warbirds Association hangar at Ardmore, just south of Auckland, on 20 February following a 750-mile road trip north from Christchurch. The former RAF machine was previously stored with the Air Force Museum of New Zealand at Wigram, and will now be restored over a two-to-three year period to closely represent one of the 11 Canberra B(I)12s operated by the RNZAF between 1959-70. The New Zealand B(I)12 was almost identical to the British B(I)8, but was fitted with autopilot and a modified navigation kit. Retired in July 1970, the surviving examples were sold on to the Indian Air Force in November of that year.