BRINGING YOU THE LATEST TALK FROM AROUND THE SQUADRONS

“Known as ‘Have Raider’, the program was geared towards having an unmanned F-16 autonomously leave its manned lead aircraft, conduct a surface attack mission, and then rejoin on its flight lead 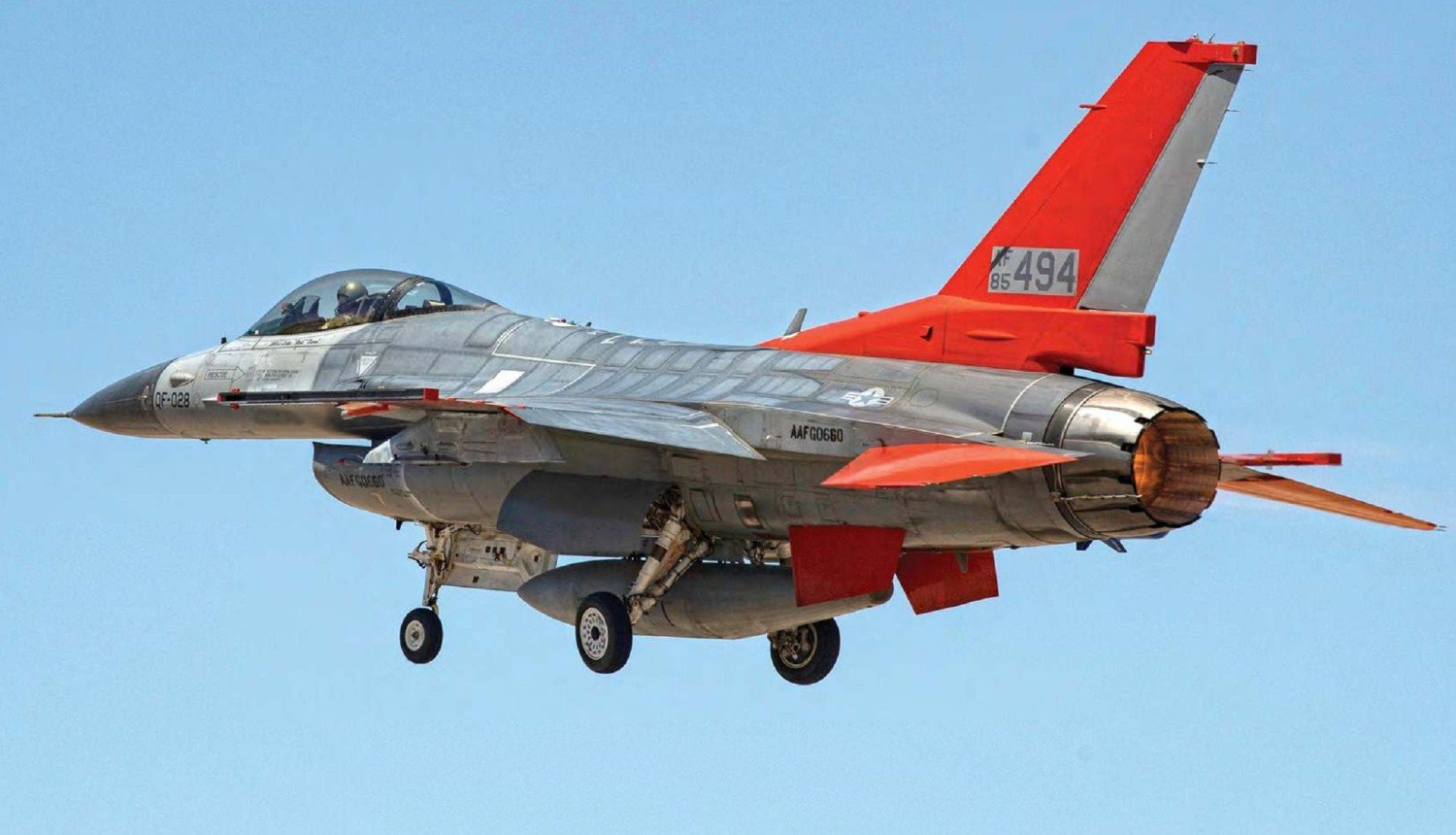 The QF-16 full-scale aerial target has proven the ability for the ‘Viper’ to be flown unmanned, which could lead to future applications as an unmanned wingman.
USAF/ TSgt Perry Aston

OF ALL THE mission subsets contained under an umbrella known as offensive counter-air, or OCA, one of the most dangerous is SEAD (pronounced ‘seed’) — the suppression of enemy air defenses. Born in late 1965 under Project ‘Weasel’, this skill set was of paramount importance and centered around dealing with air defense systems as American aircraft fell from the skies over South-east Asia when targeted by Soviet-built surfaceto- air missile (SAM) systems like the SA-2 and SA-3.